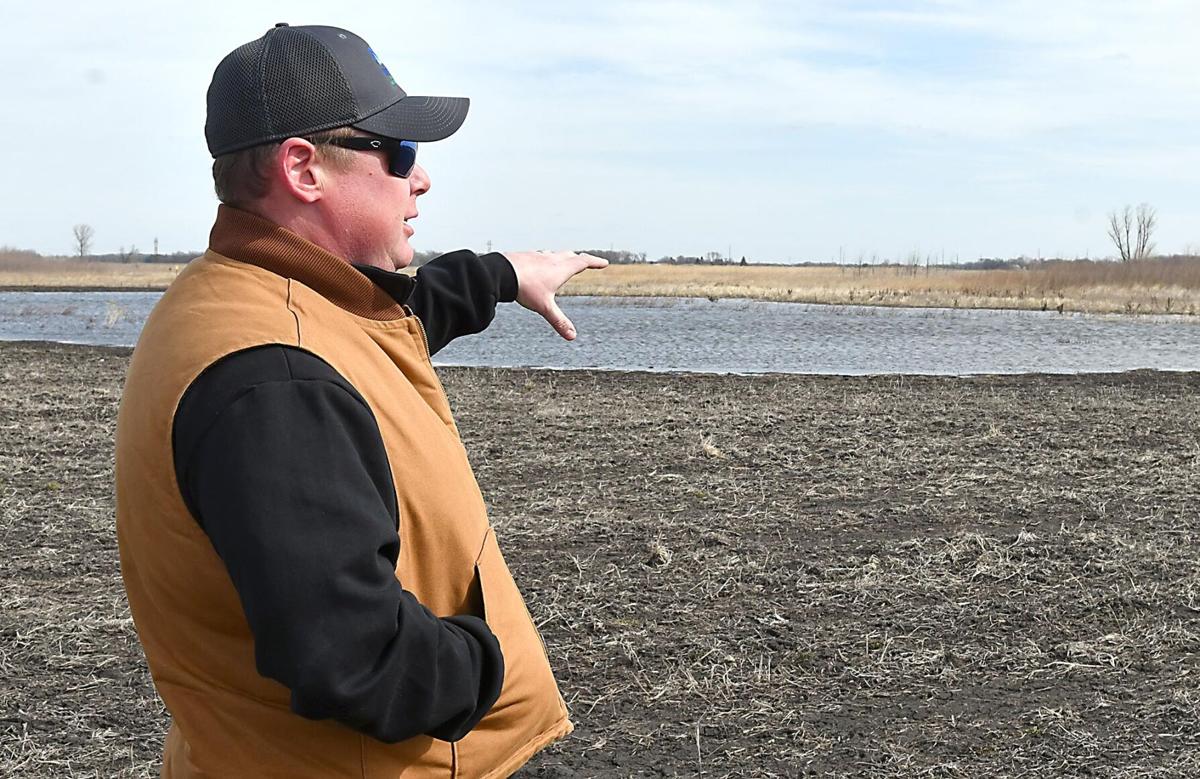 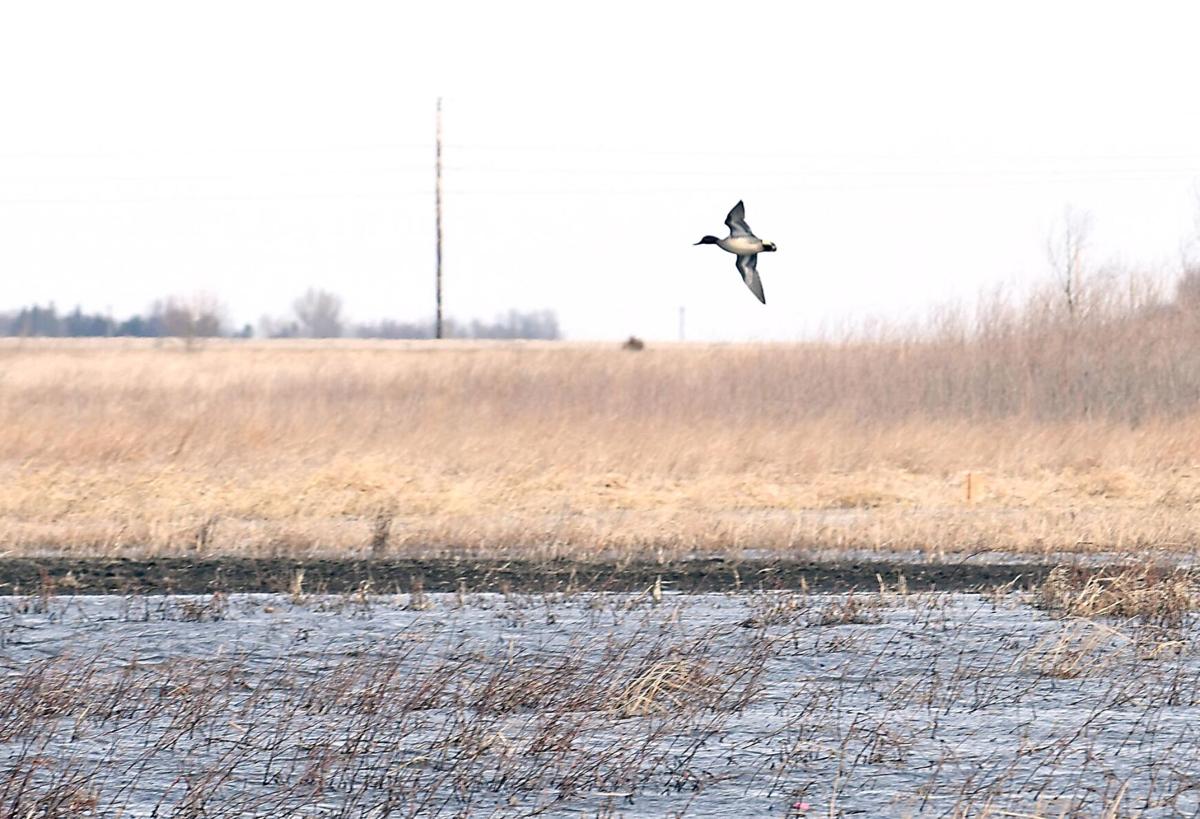 A duck comes in for a landing on a recently restored wetland area near St. Peter. Part of the ground was lowered so water could settle, creating a small pond that has become a hot spot for waterfowl.

Waterfowl take flight from a recently restored wetland area near St. Peter. Landowner Richard Gustafson enrolled the land in the CREP program partly so it could become a habitat for birds again.

In a wetland area a few miles west of St. Peter, ducks bobbed on a recent day on the water’s surface. Mallards and blue-winged teal took flight as an eagle swooped into the group in search of a meal.

The area had been farmland for half a century but has become a habitat for waterfowl in the past couple of years.

The space was converted to a wetland through the Minnesota Conservation Reserve Enhancement Program, a voluntary federal and state-funded program that works to protect environmentally sensitive private land in southern and western Minnesota.

Richard Gustafson grew up on the land near St. Peter and helped his father turn it into farmland in the 1960s.

Parts of the land were slough-like and stopped being farmed after a couple of decades.

Gustafson’s parents had already enrolled some acres into a federal program that pays farmers to take land out of production, but there was still land not in use. Gustafson decided to enroll in the CREP program, partly because he wanted to help restore the bird population there.

In the 1960s, Gustafson had helped his father cut down trees and tile the land so it could be used for farming. He saw birds disappear from the area as their habitat was reduced.

“I thought this would be a good thing to do and help undo some of the changes my dad and I made when I was young,” he said.

Through the program, prairie and wetland grasses were planted and part of the area was lowered, with a berm created nearby so water could settle without flooding nearby farmland. Waterfowl now flock to the small pond.

A growing number of farmers and landowners in the region have enrolled in CREP since the latest round of the program began in May 2017, although the program may be in its last year due to funding constraints.

The district has helped 21 landowners enroll in the latest round of the program. In Blue Earth County, 14 landowners are enrolled.

Miller said a majority of the local land enrolled in the program is in the Minnesota River bottom and has been restored to a floodplains wetland. Many of the farmers were tired of fighting high-water levels. Some couldn’t get their crop in because the river was too high. Others would be flooded out mid-summer after heavy rain.

“Through the program, they maintain ownership of their property ... but don’t have the uncertainty of trying to raise crops on the river bottom,” Miller said.

He said the program opens up more opportunities for landowners because they are not bound to farming the land.

For Miller, he loves that the projects are creating lasting benefits for water quality and wildlife. Other goals of the program are reducing nitrate runoff and providing habitats for wildlife and pollinators.

More than 31,000 acres in Minnesota are now enrolled in CREP.

“This program works because it’s voluntary,” said Dusty VanThuyne, CREP coordinator for the Minnesota Board of Water and Soil Resources. “It offers fair payment to farmers for land that is often only marginally productive and can be aligned with landowners’ goals for their properties.”