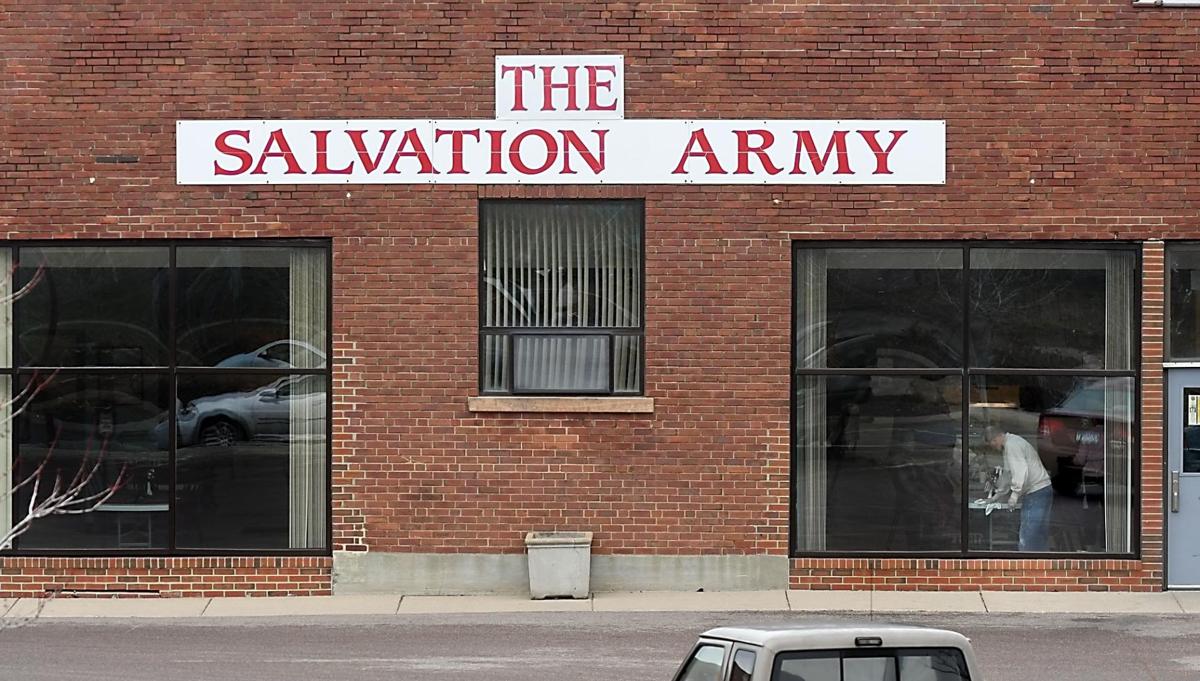 The Mankato Salvation Army will switch from an overnight men’s shelter to a day shelter in fall 2020. The plan comes after discussions with Connections Shelter, which will continue to provide an overnight shelter for men, women and families. Leaders from the two nonprofits say the plan will ensure around-the-block shelter space for people experiencing homelessness.

The Mankato Salvation Army will switch from an overnight men’s shelter to a day shelter in fall 2020. The plan comes after discussions with Connections Shelter, which will continue to provide an overnight shelter for men, women and families. Leaders from the two nonprofits say the plan will ensure around-the-block shelter space for people experiencing homelessness.

MANKATO — The Salvation Army and Connections Shelter will collaborate to provide around-the-clock homeless shelters this fall.

The plan calls for The Salvation Army to switch from its overnight men’s shelter to a day shelter available to people who don’t have housing. Connections Shelter will then provide overnight space at its new location in the First Presbyterian Church.

Working together will fill gaps for individuals and families who’d otherwise have no place to go until the overnight shelter opens, said Leslie Johnson, Salvation Army’s business administrator.

“It’s going to be such an amazing change for the community and for this population,” she said. “Hopefully we can figure out how to serve them better, and this is a step in the right direction.”

Leaders from the two nonprofits have been discussing working closer together since before the COVID-19 pandemic began. The conversations continued once The Salvation Army’s new leaders, Lt. Andy Wheeler and wife, Lt. Corey Wheeler, recently stepped in.

Both nonprofits have been offering overnight shelters over the past few years. Now they won’t be duplicating efforts as much.

With Connections’ move to First Presbyterian Church opening up more overnight space this fall, the shelter’s leaders feel they’ll have enough capacity to take in people who stayed at Salvation Army’s men’s shelter. Connections now has enough beds for 35 guests, and usually had about 22 at a time last season.

So once both are up and running, people experiencing homelessness would have a place to seek shelter throughout the day.

“It fills a huge gap that we had,” said Erica Koser, Connections co-director. “People should be able to leave the shelter in the morning, get breakfast at Holy Grounds, head over to the Salvation Army and return to the shelter and be cared for the whole time, which is really beautiful.”

Having safe places to go could be especially important for the homeless community in the fall if the COVID pandemic doesn’t slow down. Time will tell whether the places where some sought shelter in the past — downtown Mankato’s grocery store, library and coffee shops — will be open for them.

Many of those places already weren’t available at times in past years. On top of the window from when the library closed in the early evening and the shelters opened hours later, Johnson said Sundays, holidays and blizzards decreased the options even more.

“It just eliminates that major gap in service,” she said of the partnership. “They will always have a safe, warm place.”

People experiencing homelessness are at high risk for COVID complications. Having places for them to go, Koser said, should make it more likely symptoms are caught sooner.

Both nonprofits will also still provide casework to help find more permanent housing for guests. The Salvation Army’s day services will be based out of what was previously the men’s shelter, with more space available if social distancing becomes an issue.

Connections, meanwhile, for the first time has its own office to base operations at First Presbyterian. The shelter started out with a weekly rotating model housed at area churches, then had a single location at Covenant Family Church, and now will operate out of the church’s upper floor.

Donations will be needed to operate the day and overnight shelters. The two nonprofits will raise money separately, although the traditional avenues for fundraising could be tricky during the pandemic.

The Salvation Army’s fall 5K for its shelter and the annual bell ringing campaign before Christmas, for instance, could be impacted by the pandemic.

“There are so many what-ifs,” Johnson said. “So certainly if people want to contribute that’d be great.”

She and Koser called the collaboration an important and exciting development for the Mankato area’s homeless population.

“Anytime a nonprofit that works with people experiencing homelessness can partner, it’s good because it streamlines what we do,” Koser said. “And most importantly, it’s great for our guests.”

Homelessness persists in the Mankato area after a jump at the end of 2019. Hear from the homeless and those who work to help them find permane…

Connections Shelter will move into First Presbyterian Church this fall, after the shelter’s directors finalized a lease agreement with the chu…