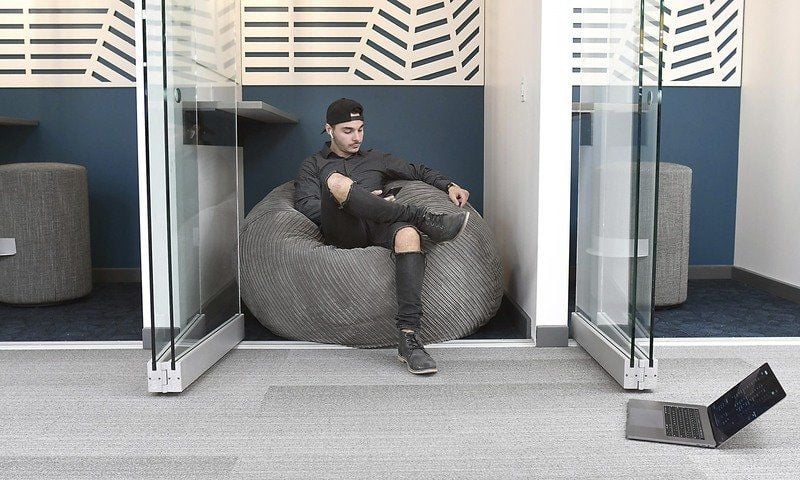 The Social Butterfly has offices in the Hubbard Building in Old Town. 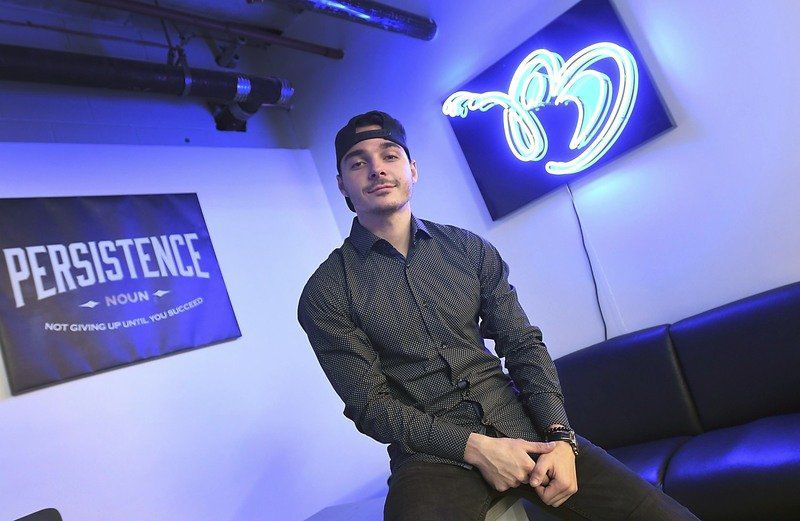 Photos by Pat ChristmanBrandon Poliszuk of The Social Butterfly received the Young Entrepreneur Award from the Small Business Development Center.

The Social Butterfly has offices in the Hubbard Building in Old Town.

Photos by Pat ChristmanBrandon Poliszuk of The Social Butterfly received the Young Entrepreneur Award from the Small Business Development Center.

Brandon Poliszuk has been busy. The 23-year-old marketing major graduated from Minnesota State University in 2017, and he is already working on internet campaigns with the NFL, NBA and the Minnesota Wild. In May, he will be accepting the Young Entrepreneur Award from the Small Business Development Center, which spans nine counties in southern Minnesota, for his internet marketing business The Social Butterfly.

“It’s very humbling and rewarding to get nominated for something like that,” Poliszuk said.

With initial plans to move to Los Angeles after graduation, Poliszuk took notice of Mankato’s efforts to retain college graduates and decided to stay. After working out of a coffee shop, he and his employees moved into a Hubbard Building office immediately after college graduation.

“From the four years I’ve been here, I saw buildings starting to go up. I saw people’s minds starting to open, I saw the food truck park,” he said. “When I saw Mankato start to get more open-minded, I saw a large opportunity in a gap in the market of how there is not a creative agency that is connecting to the new up and comers.”

Poliszuk’s company, which has a staff of five, aims to bridge that gap between businesses and a wider audience. What began as a project for an MSU management class became the catalyst for a successful business strategy. Burrito Wings near campus became his first customer when the owner at the time gave his team full reign of the restaurant’s social media account. But instead of just writing Facebook posts, they took it a step further towards engagement and dialogue.

“I started realizing that if you build relationships, that’s how you build an audience,” he said.

Soon other local businesses took notice. Jake Hoffman, a student who was in the same management class as Poliszuk and is now on the payroll of The Social Butterfly, said their work with Body Concepts of Mankato attests to their successful strategy. It’s essentially connecting people who prioritize physical health on social media with a company that provides that service.

“We saw where the underpriced attention was, that’s Facebook and Instagram right now,” Hoffman said. “So we put a lot of our advertising budget towards that for our clients. We saw a really good return off of it. What that means is the reach and the impressions that you get is pennies to the dollar.”

What started out as a social media marketing company has evolved into what Poliszuk describes as a creative agency. Rather than aggregating content, they produce their own multimedia. Shortly after founding the business, Poliszuk bought a camera after helping a friend create a video for a clothing company. That’s when he realized how much of a role creativity plays in content creation and engagement.

“I have a balance between my business mindset and my creative mindset — I’ve always drawn, I really appreciate art,” Poliszuk said. “If I’m grabbing Google images, most people can tell when there’s a stock photo and so if I’m able to produce content that’s high quality and in-house, brands can utilize me a lot more often. The horizon gets more widened out.”

When they sit down with a new client, Poliszuk said the first thing they ask is what that business owner’s ultimate goals are and who they want to reach. From there they create a voice, personality and identity behind their brand.

“You look at a brand like Coca-Cola,”Poliszuk said. “They sell water and sugar. But when you watch their super bowl commercials it’s all about world peace, connecting people and international involvement. They sell soda. When you think about it, those two things should not be correlating. When you create a brand that stands for something, you build an audience. You’re not going to make every single person happy but if you make one person that much happier, they’re going to resonate with your brand.”

After developing a reputation around Mankato for connecting businesses to a specific audience, Poliszuk set his sights nationally. At Super Bowl parties with friends, his attention was focused less on the game than the advertisements. By maintaining an active presence online, he was able to stand out from competitors and gather the attention of the NFL, who he worked with over the Super Bowl. That came about from following the trends of each demographic and age group.

“One that’s up on the horizon through people younger than me is an app called TikTok; you essentially lip sync and cut up video segments to a song. A week before Super Bowl weekend, 75 million kids downloaded it in one weekend. So regardless how ridiculous all these social media platforms sound, if there’s attention on there, your brand can utilize it. It can be subliminal; it can be forward facing.”

But Polsizuk emphasizes that they are not just a young marketing company that use social media to reach a younger audience. Their focus spans all ages, connecting a younger business with an older audience or vice versa. The key, he said, is bridging those generational gaps rather than focusing solely on one demographic.

“We have versatility in what our capabilities are,” he said. “We want to be the one-stop shop for all your creative needs. The most significant thing from 2019 and moving onward is gathering attention, no matter how you have to do it, the more attention that you have you can direct your audience into whatever objective you want them to go in.”