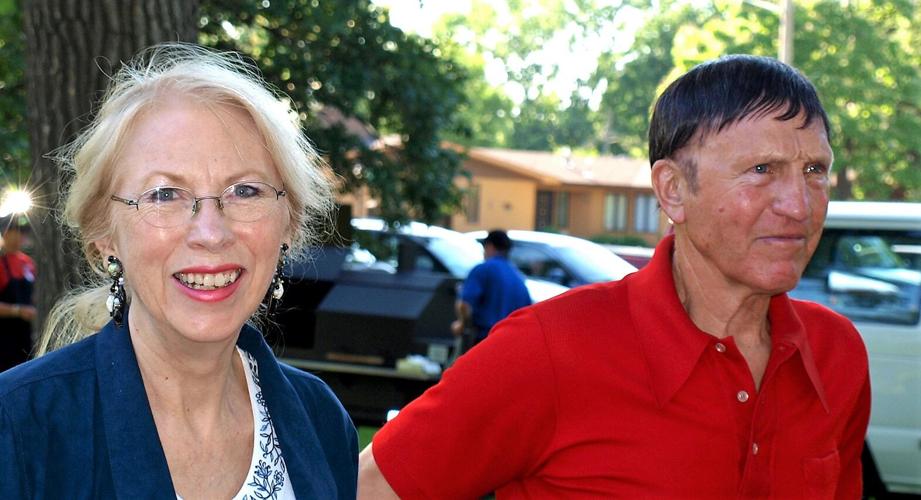 In a long career of surveying, Dick Gardner often got help from his wife Joyce when he would work late into the night. 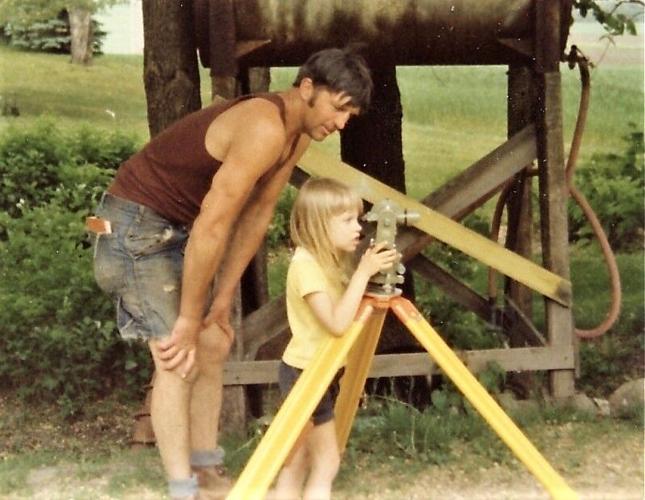 Dick Gardner teaches his daughter Kari how to do surveying decades ago. Work and family were important to the Bolton & Menk surveyor during a long career, say friends and family. 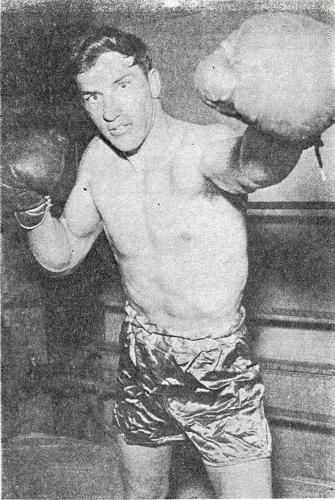 Dick Gardner competed in a Golden Gloves boxing tourney in the 1950s.

In a long career of surveying, Dick Gardner often got help from his wife Joyce when he would work late into the night.

Dick Gardner teaches his daughter Kari how to do surveying decades ago. Work and family were important to the Bolton & Menk surveyor during a long career, say friends and family.

Dick Gardner competed in a Golden Gloves boxing tourney in the 1950s.

As a teen, Mark Davis, like many boys in the St. Peter area, wanted to work with Dick Gardner during the summers as he did land survey work for Bolton & Menk.

“I worked for three summers with Dick. It was a great experience. He was a heck of a guy and a great role model for kids,” said Davis, of the Davis family of businesses that includes Cambria countertops.

“There was no shortcutting with Dick. If one of us kids couldn’t do it, go through a swamp or something, he’d do it himself,” said Davis of Gardner, who died March 7 and whose celebration of life is next Sunday.

And Gardner, who was a Golden Gloves boxer in the 1950s and prided himself on staying in good shape all his life, had strength.

“We were by Janesville or somewhere and the guy running the transom, because of the landscape, couldn’t see the stick to read it. I stood on Dick’s forearms and he lifted me up so they could see the stick,” Davis said.

Jon Rippke, retired president of Bolton & Menk, said no one was ever quite sure if or when Gardner officially retired from the business. “He was one of those guys that worked 60 hours a week or more, so when he cut back to 40 hours at some point, he thought he was retired. But then a lot of people would just call him to find corner markers or something and he’d do it,” Rippke said. “It was hard to say when or if he really retired.”

Gardner continued to help people find surveying markers up until the end of 2019.

“He was the straightest arrow, just a genuine good person,” Rippke said. “And he was a very good surveyor.

“If he had a deadline, one way or another he’d meet it. He’d be in late at night plotting data and his wife would read it off to him.” Gardner often recruited his wife to work with him while out surveying on weekends.

Davis said Gardner was a smart, detailed man, with an amazing memory. “Just a few years ago we called him to find some corner markers on some farmland. He didn’t have to go to the courthouse to look up where they were. He remembered where they were from like 60 years ago.”

Gardner was born in 1933 in a hospital located on the floors above what is now Patrick’s on Third bar in St. Peter. He grew up in a farmhouse just west of St. Peter and lived in it or near it his whole life.

His wife, Joyce, said her husband was always known for doing the difficult work, often in difficult conditions. “When the Minnesota River was flooding he was out in a boat by himself taking depth readings.”

Gardner also was key in finding the original Traverse des Sioux River Crossing near St. Peter. For centuries Native Americans, early settlers and the military used a shallow, gravel-bottom area to cross the Minnesota River. But sometime in the past 200 years the river shifted course and the historically significant crossing was forgotten and lost.

In 2000, the state and Nicollet County historical societies called in Gardner. He used an old hand-drawn map of the village of Traverse des Sioux and using modern maps to compare, he pinpointed and marked the north and south ends of the crossing, which was no longer in the river bed.

Gardner’s daughter, Kari, said her dad doted on her, brother Troy and their mom. “His family was everything and at the same time work was everything,” she said.