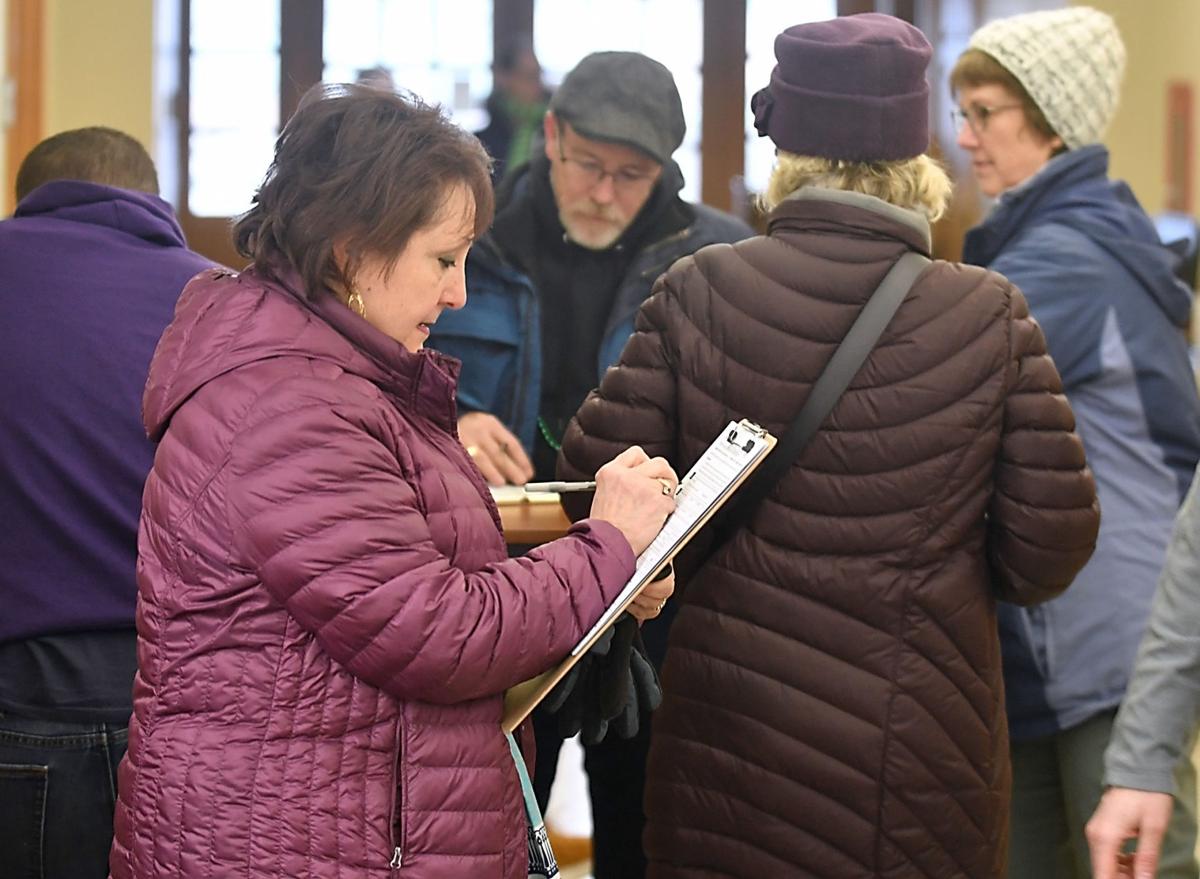 Mankato Mayor Najwa Massad fills out an appication for a ballot Friday to vote early in the primary election at the Blue Earth County Historic Courthouse. 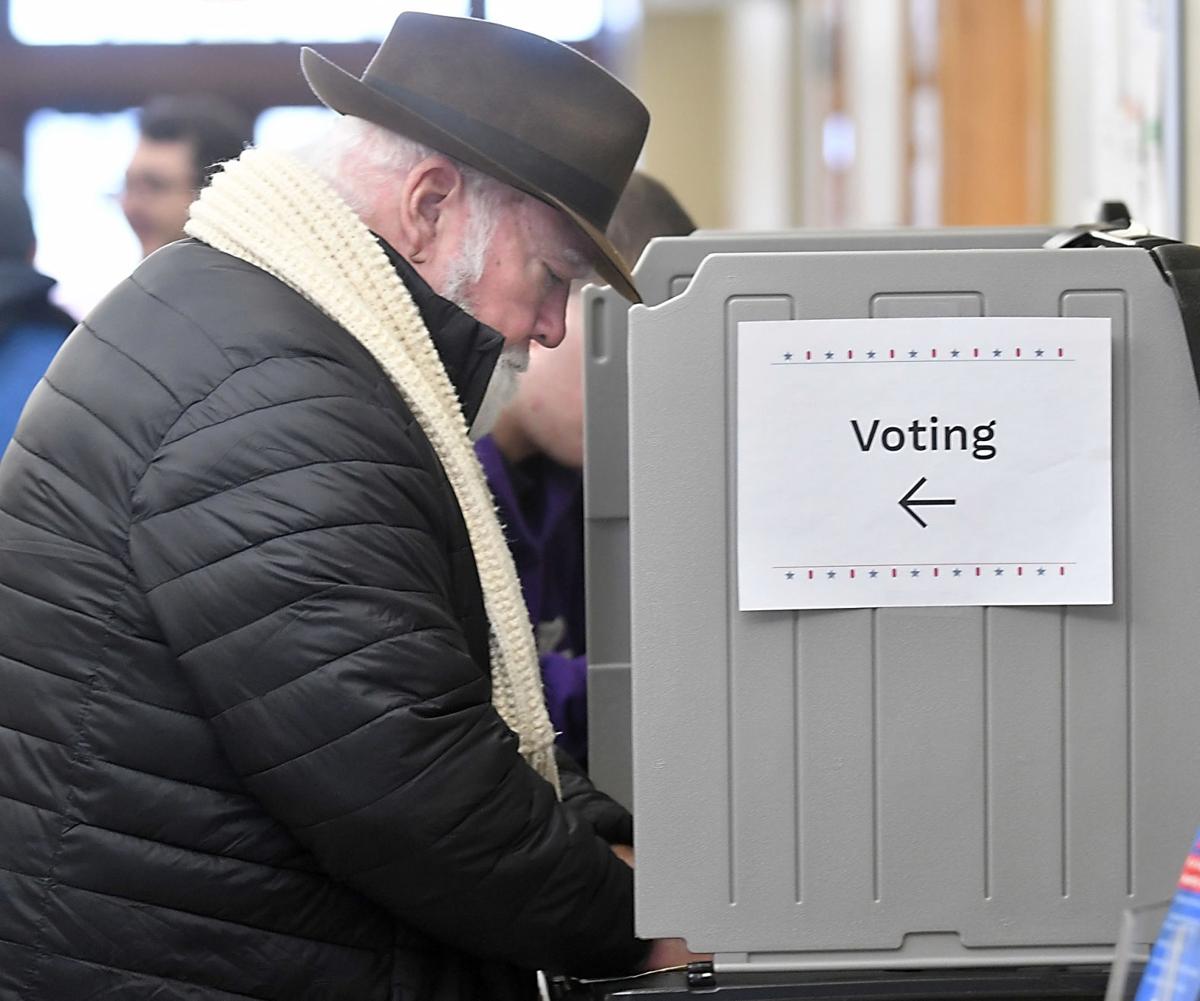 Mankato Mayor Najwa Massad fills out an appication for a ballot Friday to vote early in the primary election at the Blue Earth County Historic Courthouse.

People can vote in person at their county courthouse or get a mail-in ballot by going online to vote anytime between now and the March 3 primary, part of Super Tuesday in which the largest number of states hold presidential preference primaries or caucuses.

Michael Stalberger, Blue Earth county’s director of property and environmental resources, was on hand with other county staff to greet any early voters coming into the Historic Courthouse in Mankato.

There was a bit of a glitch as the official primary ballots for the Democrat and Republican contests hadn’t yet arrived at many county courthouses. That’s because of a legal challenge made by a Republican candidate arguing that Donald Trump’s name should not be the only one on the Republican ballot. The Supreme Court last week ruled the GOP was within its legal rights to put only one name on the ballot, but the court delay also kept the state from sending out the official ballots.

But Stalberger said they used images of the official ballots and created their own ballots that they can legally use until the state sends the official ones, which is expected to happen by Monday.

Minnesota lawmakers voted to switch to primaries rather than caucuses after widespread dissatisfaction with the confusion and time spent at caucus meetings. The state has held a few primaries before — in 1916, 1952, 1956 and 1992.

For those who want to vote early, they can go to their county’s courthouse or designated poll spot during regular hours on weekdays. They fill out a brief one-page form and get a ballot and vote. The ballots are held until March 3 and then counted along with all the other ballots. People can also go to mnvotes.org, the secretary of state’s site, and request an early voting ballot be mailed to them. They can then vote and return the ballot by mail. The completed ballot must arrive by Election Day to be counted.

People voting in the primary must pick either the GOP or Democrat ballot and have to swear an oath declaring themselves in “general agreement with the principles of the party” whose ballot they pick. The new system also records voters’ party preference and provides that data to the chairs of each major political party. That is causing some controversy and privacy concern because the law says nothing about what the parties can or can’t do with that information.

While there will be no suspense on the Republican side about who their presidential candidate will be, there are 15 Democratic candidates on the Minnesota ballot.

Massad told of how Klobuchar helped her family when her daughter, son-in-law and grandson were stranded in Lebanon for more than 11 months. Massad said Klobuchar worked tirelessly to get the three back to the U.S.

She was joined at the campaign event, held in a room at VINE, by state Rep. Jack Considine, Rep. Jeff Brand, congressional candidate Dan Feehan and Blue Earth County Commissioner Colleen Landkamer. After the event, those who live in Blue Earth County walked over to the Historic Courthouse to cast their votes.