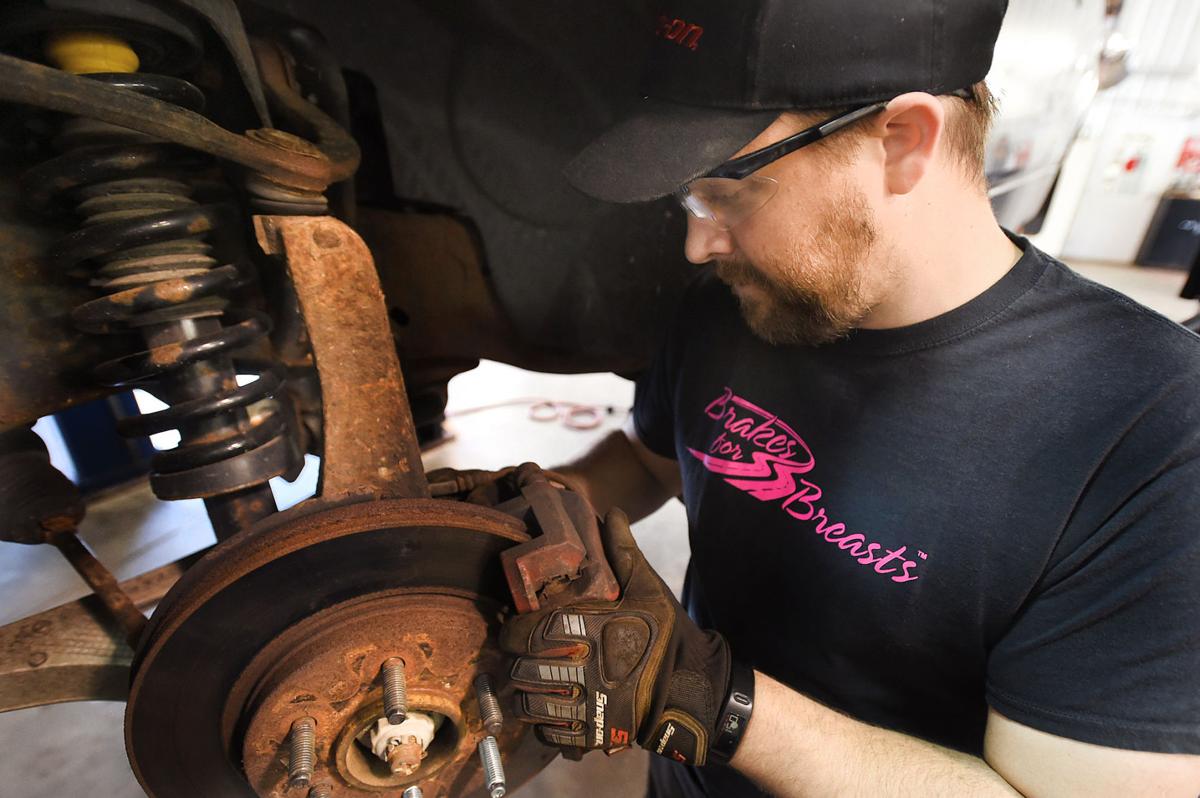 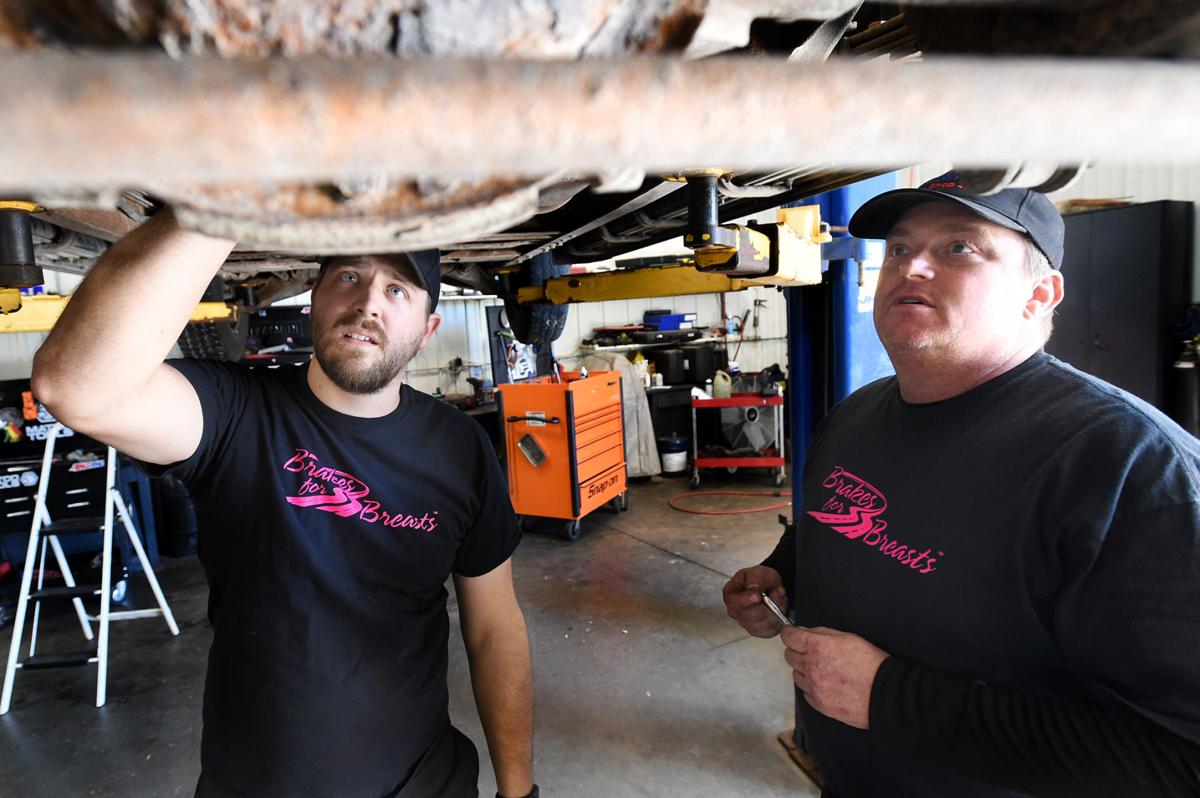 ELYSIAN — Carl and Sue Morsching of Elysian are among the millions of Americans with loved ones who’ve been affected by cancer.

The two owners of the Elysian Auto Service stand alone in Minnesota, however, in their business’ participation in a fundraiser raising money for breast cancer research.

Throughout October, Breast Cancer Awareness Month, the Morsching’s repair place will be among 150 independent shops across the country offering free brake pads and shoe installations. As part of the Brakes for Breasts fundraiser, customers only pay the labor cost for installation. A portion of that money will then be directly donated to the Cleveland Clinic breast cancer vaccine research fund.

Dr. Vincent Tuohy, lead breast cancer researcher at the clinic, recently finished a vaccine found to be effective in laboratory animals. The next step will be starting a bedside trial in the next year or so.

Elysian Auto Service is the only independent shop in the state participating in the fundraiser. Sue said she and her husband often try to get involved in good causes, and cancer happens to be one they know all too well. Her mother died from ovarian cancer, while Carl's grandmother died from breast cancer. He also has an aunt who's a breast cancer survivor.

“We just thought it was a wonderful program to help out the community and give something back,” she said.

What they particularly like about the fundraiser, which has raised progressively more money each year since starting in 2011, is knowing the money goes directly to research.

Making it even more personal to the Morschings, a similar, ovarian cancer vaccine is also being researched. Sue, whose mother died in 1995 18 months after an ovarian cancer diagnosis, said she doesn’t want her future granddaughters to have to worry about breast or ovarian cancer.

“I’d never seen anyone suffer like that and you don’t want to see anyone else go through it,” she said.

Carl said he’s proud to be the only auto shop in the state to help out. Repair places aren’t typically known for fundraisers, so the October effort offered a chance to get involved. The shop also offered the promotion last year.

“Nobody else has picked up on it and it’s been a great thing for us,” he said. “I think it’s amazing. It’s something that’s going to cover the whole United States."

The Morschings certainly aren’t pumping the brakes on expectations this October. Through the first few days of the month, they've had a cars come for new brakes each day.