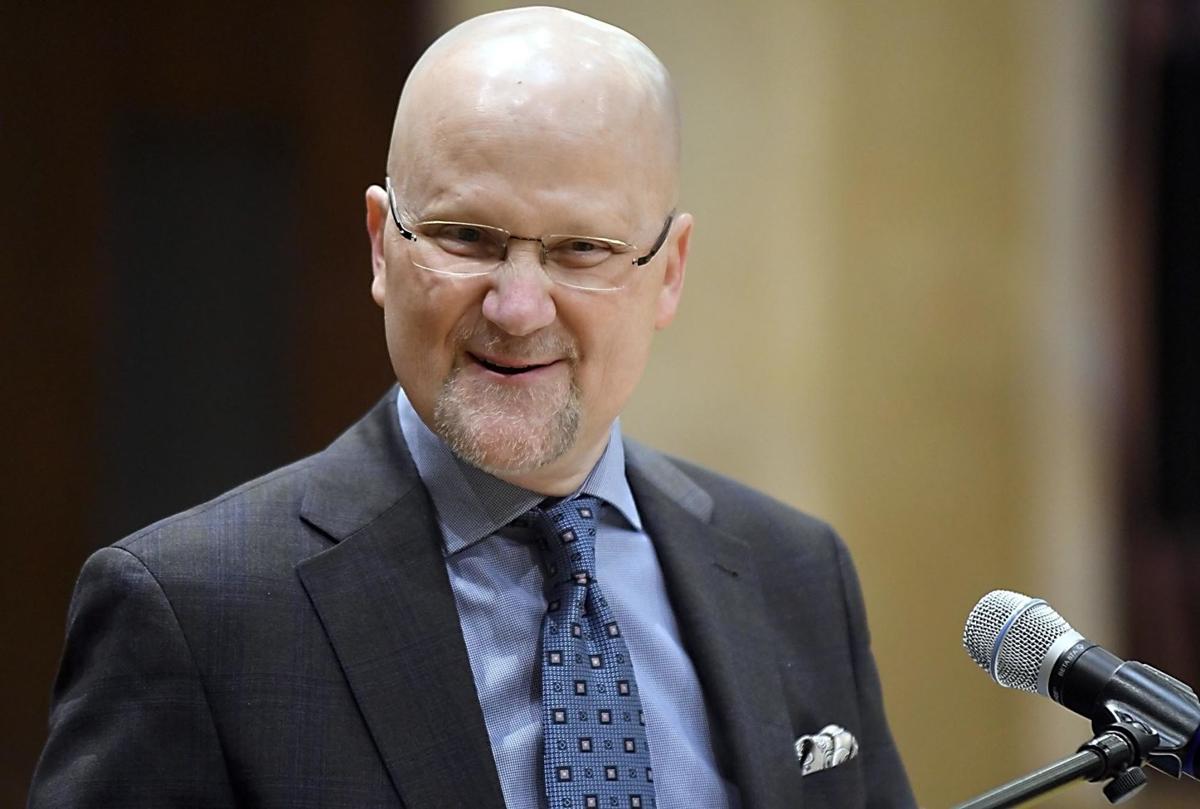 Jonathan Zierdt announced in January he was stepping down as head of GMG. File photo 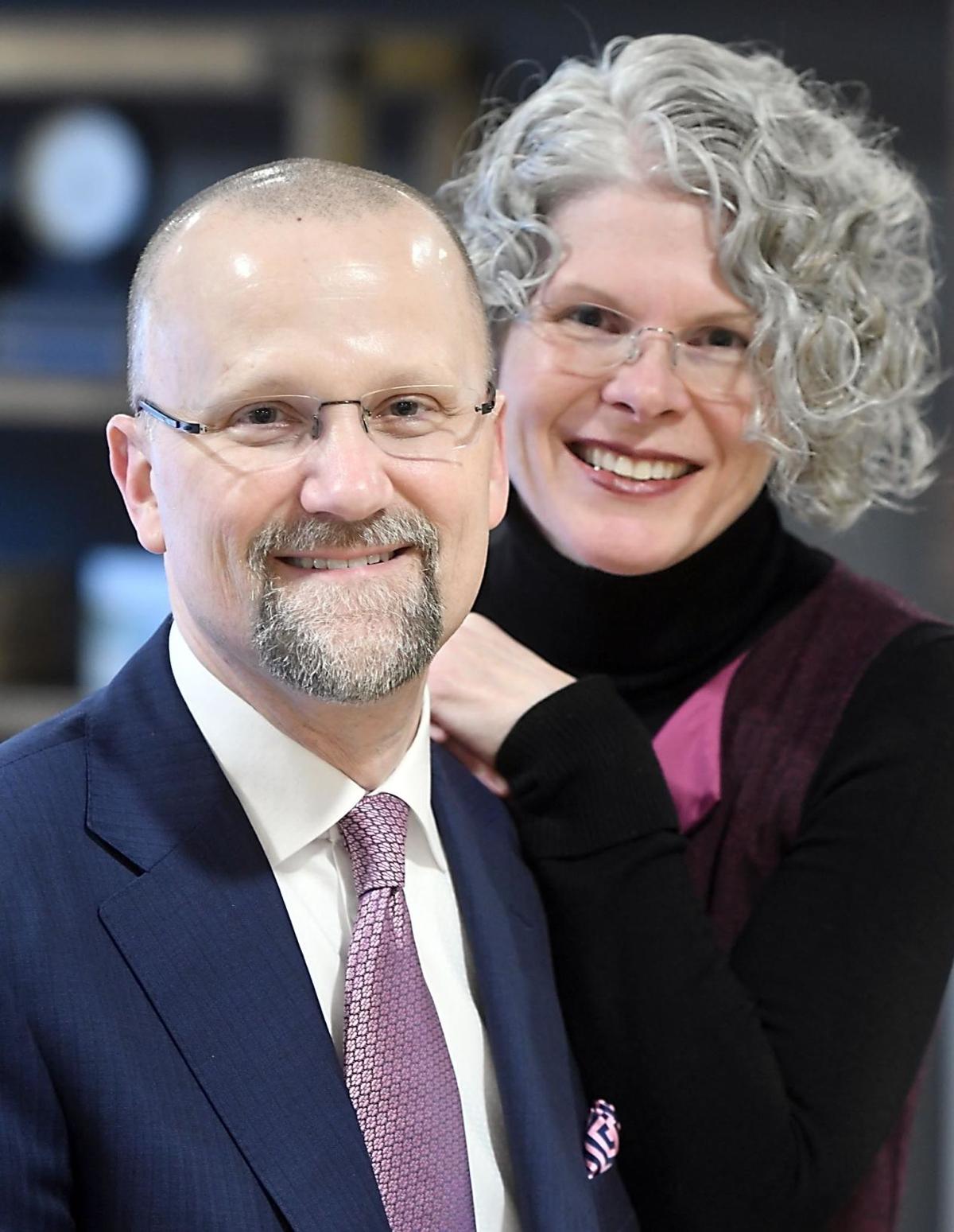 Jonathan Zierdt and his wife Ginger in 2016. File photo

Jonathan Zierdt announced in January he was stepping down as head of GMG. File photo

Jonathan Zierdt and his wife Ginger in 2016. File photo

MANKATO — Jonathan Zierdt will be remembered for creating and leading a community development organization unique in the country, for his unbridled enthusiasm and optimism, and for using his long, complex cancer diagnosis to promote men's health.

Zierdt, 52, died Wednesday afternoon at the Mankato hospital following a yearslong battle with cancer, a journey he and his wife shared publicly in an effort to promote men's health and encourage men to visit a doctor.

“On behalf of our executive committee, board of advisors and partners, we extend our heartfelt and deepest sympathies to Jonathan’s wife, Ginger and their family,” said Tami Paulsen, director of the Jonathan Zierdt Cancer Fund.

“Jonathan’s important and meaningful work in this community, his faith-filled, energetic personality and passion to make a difference, have impacted so many lives. His legacy of living Fully Alive and changing the cancer journey will continue and thrive through the JZCF.”

Five years ago, at age 47, Zierdt was diagnosed with kidney and prostate cancer. His prostate was removed and his kidney cancer was in remission.

Upbeat while resting in between chemotherapy rounds in late 2016, Zierdt reflected to The Free Press on the positive approach he took to his health issues.

"I've always been the person that says you wake up in the morning and you have two choices — either roll over and go back to bed or face the day," he said.

Last June, however, a tumor biopsy indicated an aggressive form of prostate cancer in Zierdt's body that attacked other organs. In January he announced he would be stepping down as head of GMG, the organization he was instrumental in creating.

"We want to make the most of the time that remains," Zierdt said at the time. "We don't know how long that is, no one ever knows that. But for us it's more poignant. We know it's sooner rather than later," he said while standing next to his wife before a group of about 30 invited guests.

In early March, Zierdt spent three weeks in the hospital before returning home to receive palliative and hospice care but recently had to return to the hospital.

The Zierdts, along with a coalition of community leaders, in 2017 established the Jonathan Zierdt Cancer Fund to build community cancer awareness and support.

The fund within the Mankato Area Foundation delivers care boxes to health care centers in Mankato. Mayo Clinic Health System in Mankato, the Mankato Clinic and Open Door Health Center make sure their patients receive the care packs. Patients receive a blanket, journal, cookbook, gift card, brochures with information on local resources and more inside each pack. It amounts to about $100 worth of goods.

The day Zierdt delivered the first batch of boxes to Mayo in Mankato in early 2018, he grew emotional thinking back to how he would've reacted to receiving the care box following his own diagnosis.

“My reaction would’ve been somebody has thought about what I’m about to experience and they’re trying to help me,” he said.

Paulsen said Jonathan and Ginger were enthusiastic in creating and building the vision for the fund.

"The mission was always to provide community cancer awareness and support. Jonathan and I had talked about sponsoring seminars on palliative care, coming to the realization of what may lie ahead for patients, that kind of thing. We will continue on that track," she said.

"This was the legacy he wanted to leave. For him to live such a personal journey so publicly in an effort to help others who receive cancer diagnosis, that's really a wonderful gift and legacy."

Zierdt, through his fund, also partnered with the American Cancer Society and YMCA's LiveStrong program on a fundraiser at area restaurants the past two years, with proceeds shared between them. Mankato YMCA Executive Director John Kind said prior to the fundraiser, Zierdt was essentially his boss while serving as the nonprofit's board president from 2012 to 2013.

Kind remembers Zierdt as an understanding leader who adopted a “we” attitude even when someone else made a mistake. Zierdt was also an intense listener, the kind of person whose locked-in eye contact and pertinent questions made clear his engagement in a conversation.

“That’s a real mark of a true leader, someone who is in a position of power who wouldn’t have to listen, but who took the time to listen and did it well,” Kind said.

Ron Vetter knew Zierdt for 10 years, considering him a close friend. He said Zierdt's highly public sharing of the progression of his disease, even in his final months, was somewhat surprising because his friend was otherwise a very private person.

"His inherent nature was very private and he's actually very introverted," he said. "People didn't see that because he had so much charisma and passion for what he did."

But he said Zierdt's deep faith led him to believe what was happening to him was done for a reason. Zierdt saw part of that reason as him promoting men's health.

"He wanted to get men aware of going to the doctor. He had guys call him and say, 'I haven't been to a doctor in years but I went because of you.'"

Kind said he thinks of Zierdt's resilience and determination to live life to the fullest when experiencing his own challenges.

Zierdt, known to many as JZ, grew up in Spring Valley, near Rochester, where his parents were teachers. He was an Eagle Scout, a passion that later led him to oversee Boy Scouts in the Owatonna area.

A former teacher himself, Zierdt later started his own consulting firm in Owatonna and became more familiar with the Mankato area.

Zierdt began his service in Mankato as executive director of the Greater Mankato Economic Development Corp. from 2004–2007. He then led the creation of GMG, a group blending together the chamber, economic development, the Visit Mankato tourism bureau, the City Center Partnership and GreenSeam, which focuses on agribusiness.

Vetter, who just finished two years as chair of the GMG board, said Zierdt's biggest impact on Mankato was his vision of creating an organization unlike any other city.

"We made a model that didn't exist before," he said. "It was really bold. Elsewhere you have all those groups bumping into each other and sometimes blocking progress."

There was some opposition to the idea at the time.

"Some didn't think it was a good idea," Vetter said "He took a big risk."

Zierdt might not have seemed like a big risk taker, Vetter said, but he was, albeit with well thought-out plans.

Zierdt once reached out to North Mankato officials after the city pulled out of the organization amid concerns it wasn't being properly promoted for economic development. It was Zierdt who helped assuage North Mankato's concerns and eventually brought them back to GMG as both Mankato and North Mankato decided it was better to work together.

"We all kind of coalesced into that theme," North Mankato Mayor Mark Dehen said.

Dehen called Zierdt a "marvelous promoter" who made everyone he met feel like the center of attention. He lauded Zierdt's ability to bring people together for various area issues throughout his career.

"He's really leveraged that for all of us across the community," Dehen said. "It doesn't really matter what the topic is. As long as it's community focused, he's been willing to set that stage."

Zierdt's goal to have a 25-member board of directors was also seen by many as risky — a board so large nothing might get done. But Zierdt made sure the board members were divided among all sectors in the community — large and small businesses, nonprofits, education.

"It's a big board, but with the people that are in that room, you get things done," Vetter said. "They come together and get on the same page."

He said the structure also has created a group of community leaders who are working on a common goal of bettering the community.

"A decision might hurt your organization, but you know it's for the good of the community to do it," Vetter said. " ... I don't know of any community I visit that has the kind of community feeling we have here."

Apart from his numerous endeavors in the Mankato community, Zierdt's was passion about photography.

"He was super, super enthused about photography," Vetter said. "He and Ginger would do driving trips to Montana and elsewhere. Their trips focused around photography. And he'd get up (at home) very early and go outdoors and photograph things."

Funeral arrangements are pending. Memorial gifts made in Jonathan's honor are preferred to the Jonathan Zierdt Cancer Fund of the Mankato Area Foundation.