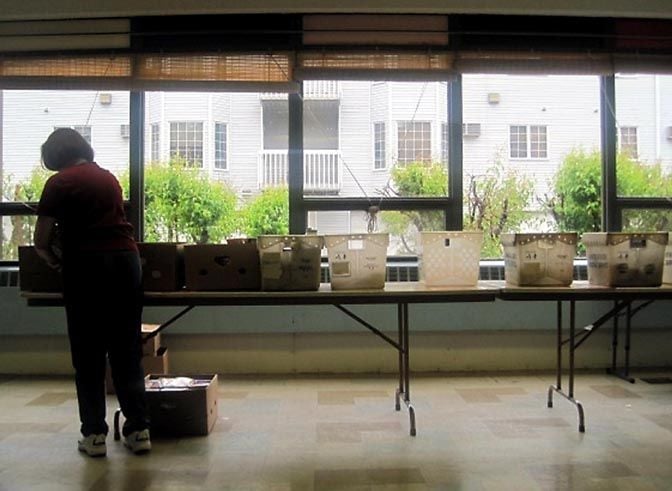 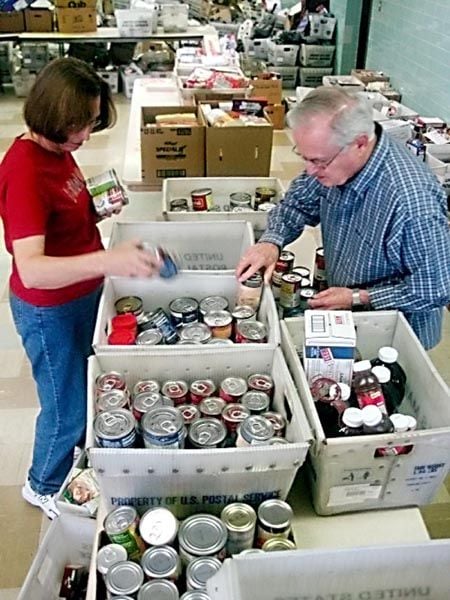 David Allan of North Mankato was among the many who helped sort food for the ECHO Food Shelf this week. 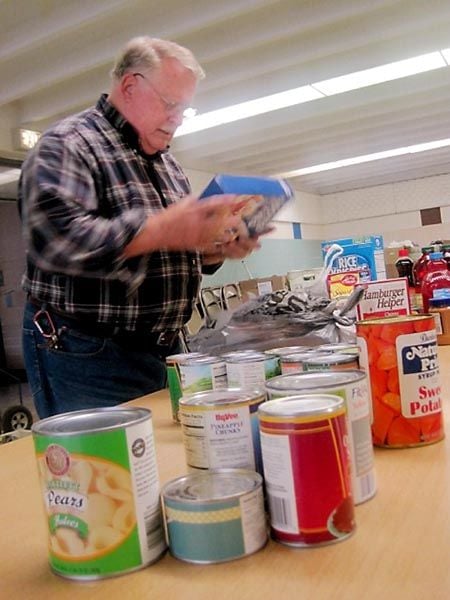 Just about 23,000 pounds of food was collected during the annual mail carriers food drive.

David Allan of North Mankato was among the many who helped sort food for the ECHO Food Shelf this week.

Just about 23,000 pounds of food was collected during the annual mail carriers food drive.

For the time being, the ECHO Food Shelf has one of those good problems on its hands: They have too much food for their facility to handle.

Thanks to the ECHO’s biggest food drive of the year, they’ve got a cafeteria filled with food at Holy Rosary Catholic Church’s Parish Center. The church donated space for ECHO to sort through the piles of food collected by mail carriers last week.

Overall, the total amount of food collected throughout the county may have been down slightly because some carriers in the southern part of the county donated food to a more local and equally worthy recipient, the Mapleton Food Shelf.

But in the Mankato area, donations were on pace with previous collections, if not a little better. Total weight was just about 23,000 pounds of food.

And so on Monday and Tuesday — inside a cafeteria that just a few years ago fed hundreds of Catholic grade-schoolers each week — food packed in boxes filled the room in a massive display of edible generosity.

Ed Babel, chairman of the ECHO board, and other board members looked around the room Tuesday and realized that when they need to be out of Holy Rosary in a week, they’ll need somewhere to put the donated food. They may have to rent additional temporary storage space.

“Storage continues to be a problem for us,” Babel said.

Not to worry, though. Demand for food has been brisk, and they’re likely to run through it quickly.

“With the amount of food that goes out the front door,” Babel said, “we need as much as we can get.”

ECHO has been serving between 60 and 80 clients daily, and the number of people who need it regularly has grown. Because of this, ECHO has pushed the annual visit limit to 16 instead of 12.

Babel estimates that between 10 and 20 percent of the clients had been hitting the 12-visit mark.

David Allan, a retired Minnesota State University professor, was among the volunteers sorting through canned goods and other non-perishables Tuesday. Prior to coming to the Holy Rosary cafeteria, Allan, who volunteers regularly, said he had rescued nearly 300 pounds of produce from area grocers that typically donate food to ECHO that they’d otherwise throw away.

“I like doing it,” he said, “and it helps the community.”

In addition to storage needs, Allan says the traffic situation may need to be addressed soon at the food shelf’s location.

Despite the city’s stepped-up speed enforcement near Immanuel Lutheran School, Allan said ECHO officials are still worried about families having to cross Second Street, which has become a busier thoroughfare now that the new interchange at Veterans Memorial Bridge carries traffic cleanly into the downtown area.