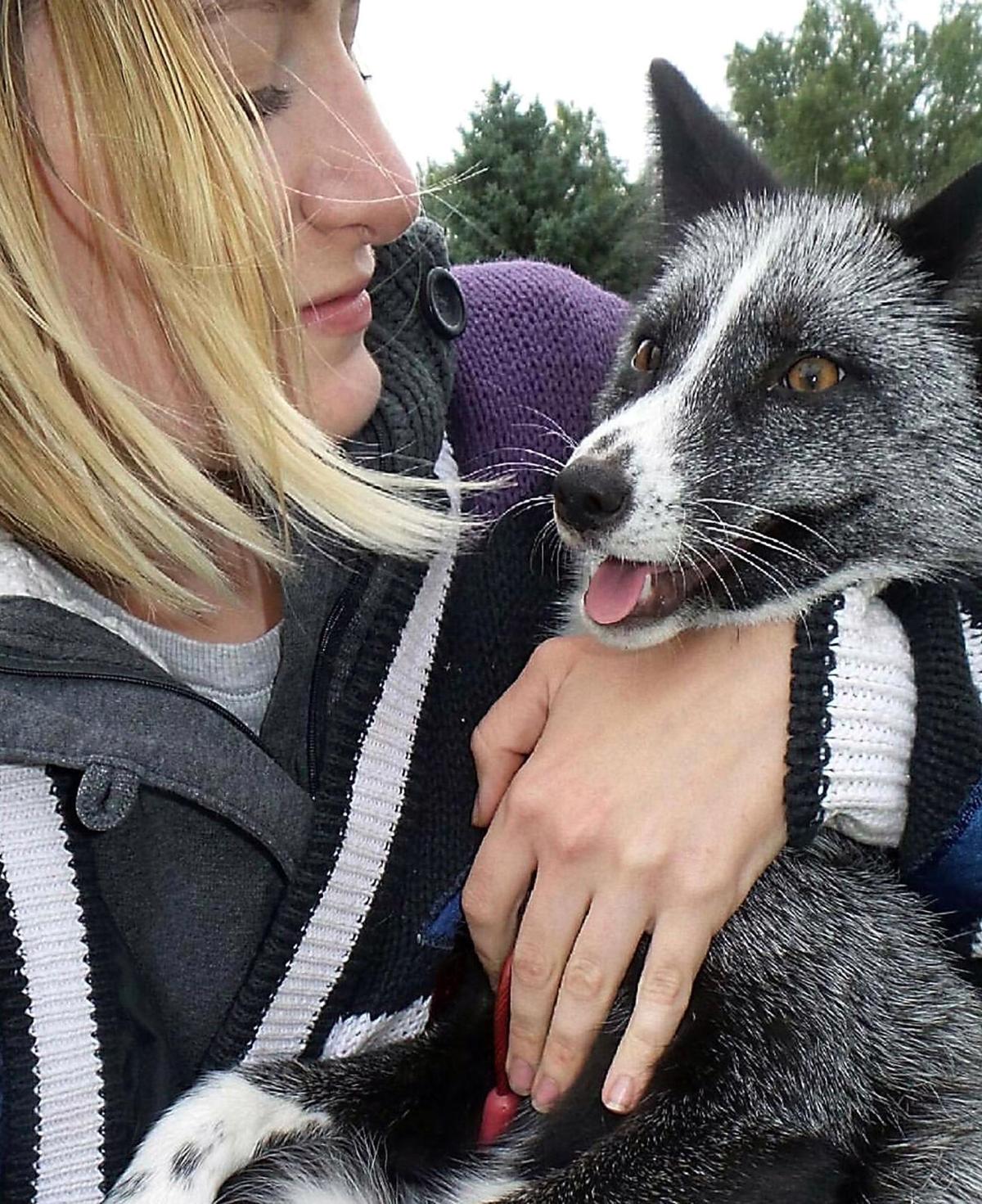 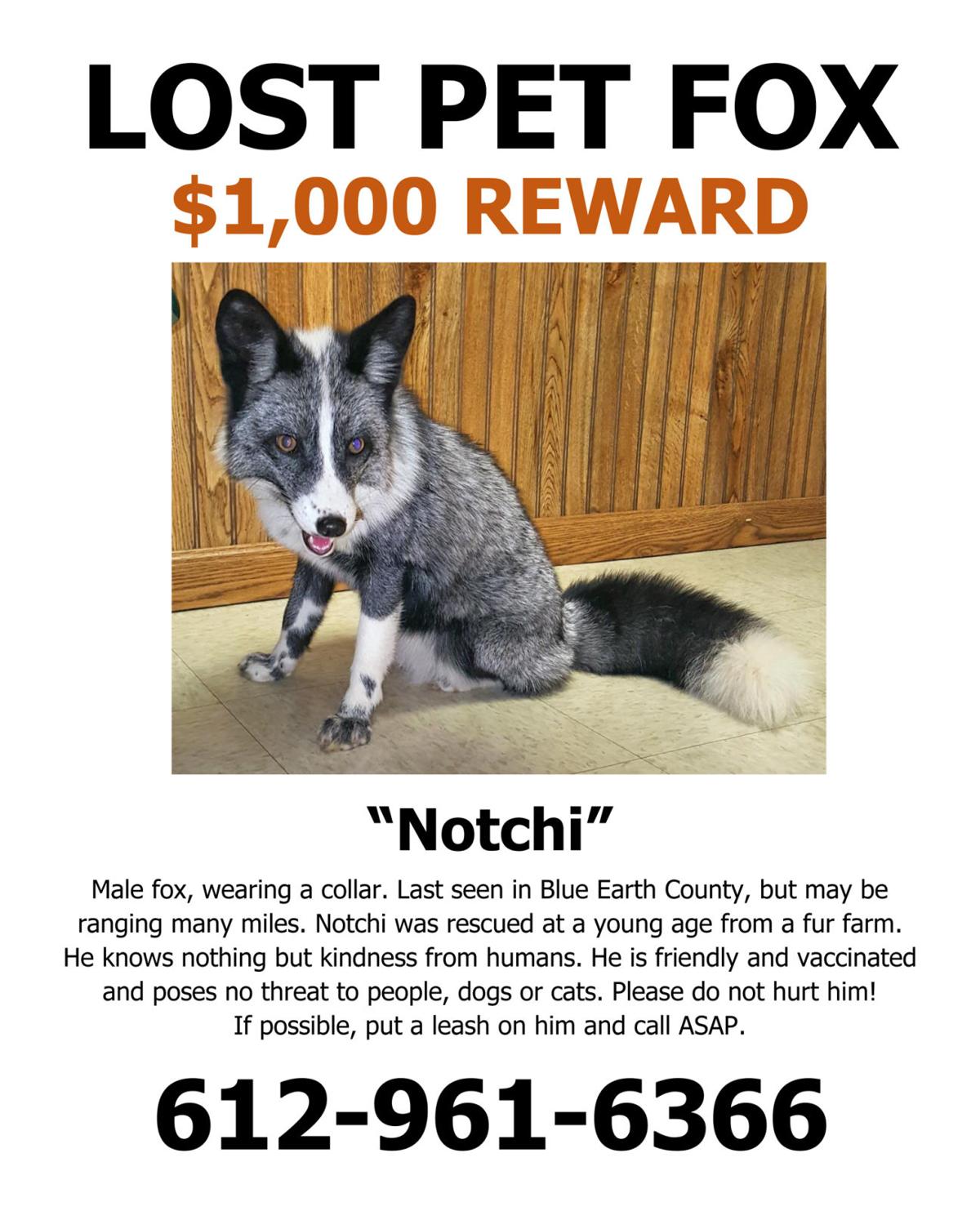 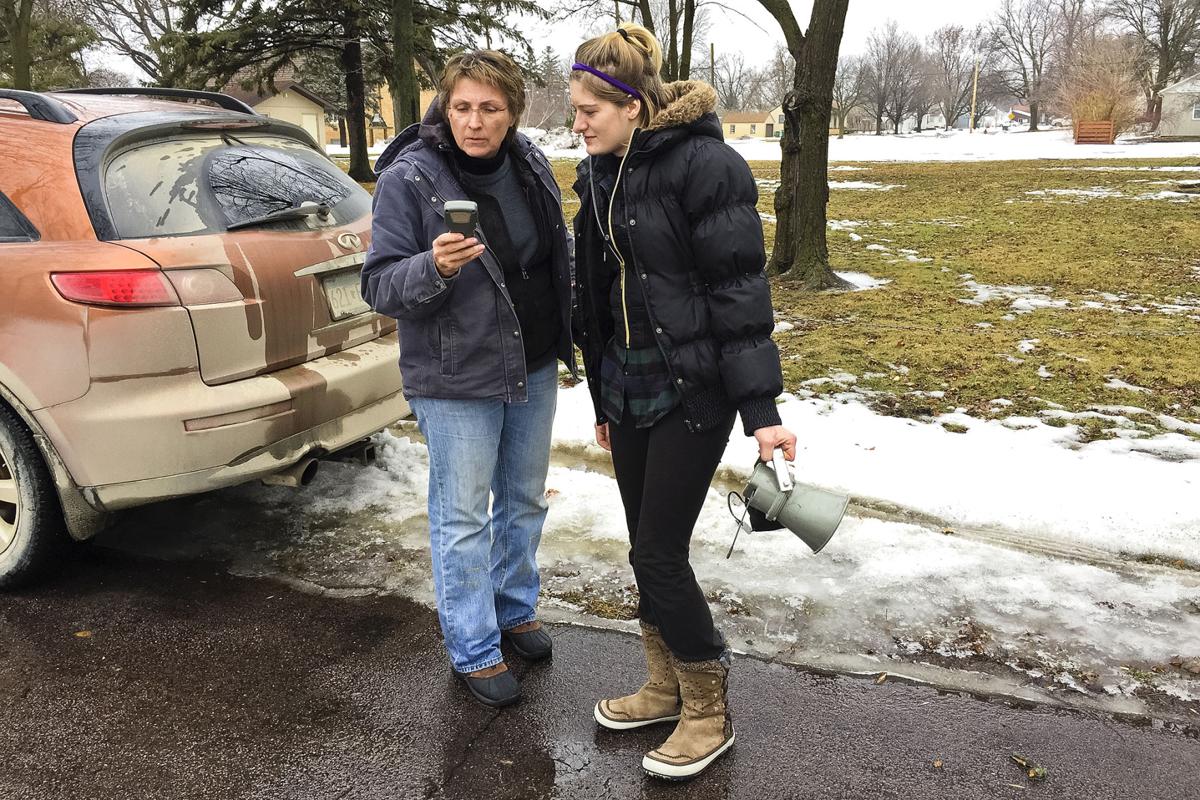 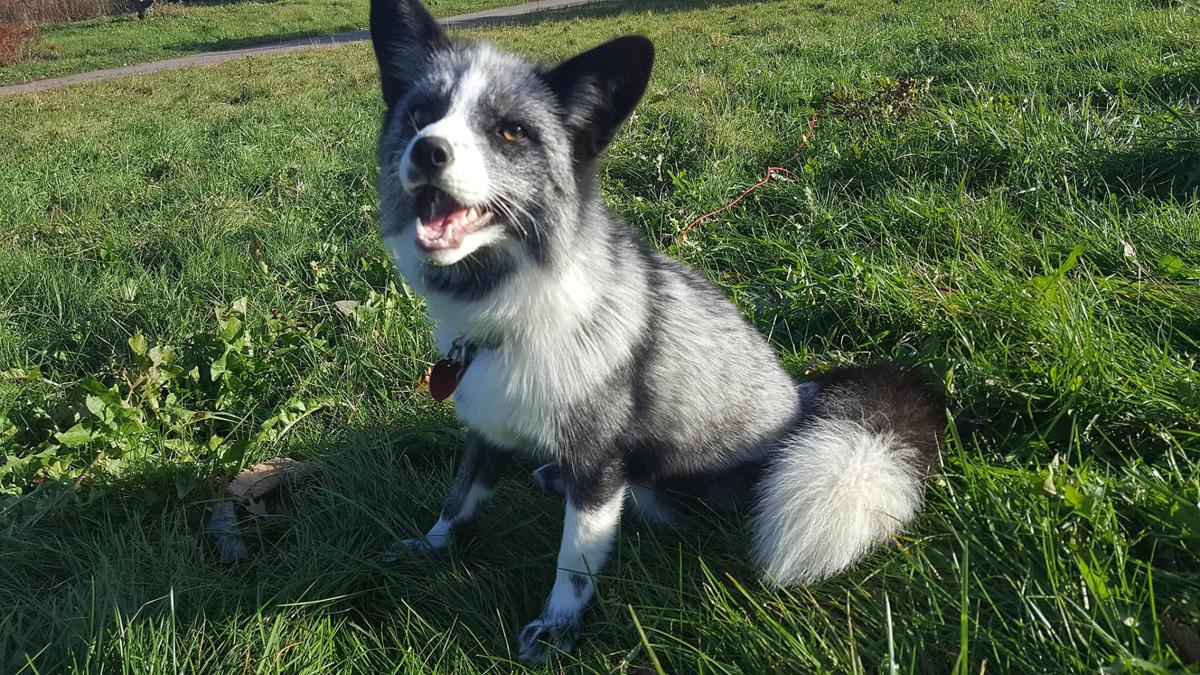 MAPELTON — Notchi the gray, black and white fox was last seen off the highway in Mapleton early Saturday morning. He was spotted in Wells a few days before, and in Waseca a few days before that.

In fact, there have been Notchi sightings all across the region since he escaped his Lakeville home three weeks ago, where he lived with Mikayla Raines, 21, who has a U.S. Department of Agriculture license to keep foxes.

Raines has launched a social media campaign on the Facebook page, Retrieving Notchi, with the help of her mother, other volunteers and Devon Thomas Treadwell, who works with the volunteer group The Retrievers to help track down lost dogs.

In Mapleton on Saturday, the Raines family and Treadwell set up a hunting lure designed to play sounds that attract foxes from up to a mile away, but he was not found.

"We are asking people to look under their porches and cars, and in sheds or anything else like that," said Raines.

She advised if someone sees him to calmly sit down nearby, not facing the fox with a hand out with some type of food, then if he comes close to try to get hold of his collar without scaring him away.  "My foxes respond to treats, whether it's a piece of Poptart or leftover chicken or whatever," she said.

Sandi Raines, Mikayla's mother, said Notchi left Lakeville on January first and was then seen in New Market,  Lonsdale, Cannon Lake, and then in Pemberton, Owatonna and Waseca.

She said people weren't sure what to make of Notchi, he looks like a dog and is friendly with people, but is very much a fox. Notchi approached a young boy once and when the boy went to pet him the strange, not-like-a-dog-at-all sound Notchi made scared the boy away.

All of the sightings have been posted on the Facebook page and tracked by Treadwell. People are instructed by Treadwell not to post his exact location publicly on the page to avoid having too many people descend on the locale and scare him away.

"If he had been a dog, however, he would have been picked up," Treadwell said.

Mikayla rescued Notchi from a fur farm last year, he got his name from an injury on his back that looked like a raised notch. His coloring doesn't look like a wild fox because foxes bred for their fur have more variations in color than the typical wild fox.

She usually raises rescued foxes to send them to sanctuaries or homes but decided to keep Notchi as her own. He was bottle fed, and unlike wild foxes, he slept at night, which she says explains why people are seeing him out during the day. There is a $1,000 reward for anyone who catches him and returns him to her.