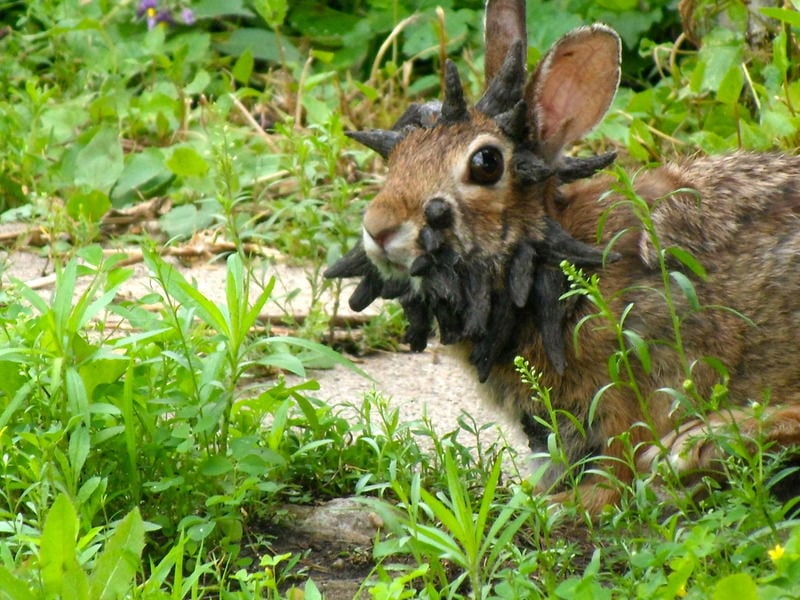 The Boettcher family of Mankato has seen this oddly diseased rabbit hanging around their home during the past few weeks. 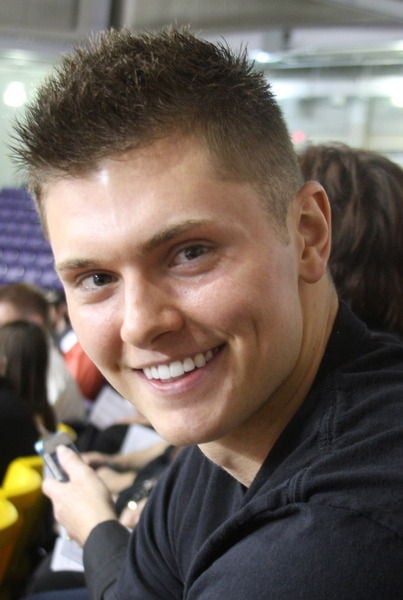 The Boettcher family of Mankato has seen this oddly diseased rabbit hanging around their home during the past few weeks.

Gunnar Boettcher was working with his dad out in the garage when he first spotted Frankenstein. That's what he wound up calling it. “Frankenstein.” And it's hard to argue with the guy's choice of names. One look at a rabbit with what looks like a series of horns growing out of all parts of his head – like something you'd see in a low-budget horror flick — and you'd be hard-pressed to give it anything other than a name that conjures the grotesque.

But there the Gustavus Adolphus College student was, working with his dad in his dad's garage shop, when he poked his head out and saw Frankenstein.

This wasn't the first time Boettcher or the rest of the family had seen the befouled bunny.

“We've seen it before around the house but we've never been able to get a close look,” Boettcher said. “But we went over to him that day and he didn't run away like he normally does.”

That's when Boettcher decided he and his brother, Zander, needed to capture the moment.

Zander ran and grabbed a video camera. And when the camera rolled, Gunnar decided to have a little fun with it.

“We started filming just for us, just to be funny,” he said. “Then we decided to put it on Facebook and it got a lot of views.”

It's fair to say that, in addition to getting attention for the fact that it featured a 12-horned rabbit, just as many people were entertained by Boettcher himself. Instead of the voice of the Midwestern football player that he is, you hear an Australian accent that might remind you of a certain Animal Planet crocodile hunter, guiding you through what seems like a spotting of a rare, possibly dangerous specimen in the wild.

“I used to watch Steve Irwin when I was little,” Boettcher said. “I was just being a goof, just for me and my brother's entertainment.”

After the success of that initial Facebook posting, one of Boettcher's friends put the video on Reddit. If you're unfamiliar with Reddit, it's a popular website for posting videos. Within four days, more than 200,000 people had watched his impression an Australian outdoors-man adventurist. Almost 2,000 comments.

“After that, he had news reporters calling him and he gave them my name,” he said. So far he's been featured on several news sites, including the Daily Mail out of London.

As with all videos posted to such sites, there have been comments posted, and not all of them have been kind to Boettcher. Some say it's wrong to get a few laughs from a disease that certainly will kill the animal. Others say he has a responsibility to get it some veterinary help.

“It's a great idea to try to help him and make him healthy again, but it's a little ridiculous to blame me for not helping the rabbit and taking him to the vet when it's a wild rabbit," he said. "It's turning into a thing on animal rights. People are saying I'm mean for making it humorous, but it was just supposed to be something fun between me and my brother."

For the record, Boettcher's done some checking into it and it appears the rabbit's ailment is cancer, a form of papilloma virus that is highly contagious. He expects the rabbit won't live much longer.

Joseph M. Pellish, 85, of Watertown, SD, passed away on November 27, 2020. Private services will be Thursday, December 3, 2020 at Holy Name of Jesus Church in Watertown. Arrangements by Wight & Comes Funeral Chapel in Watertown.