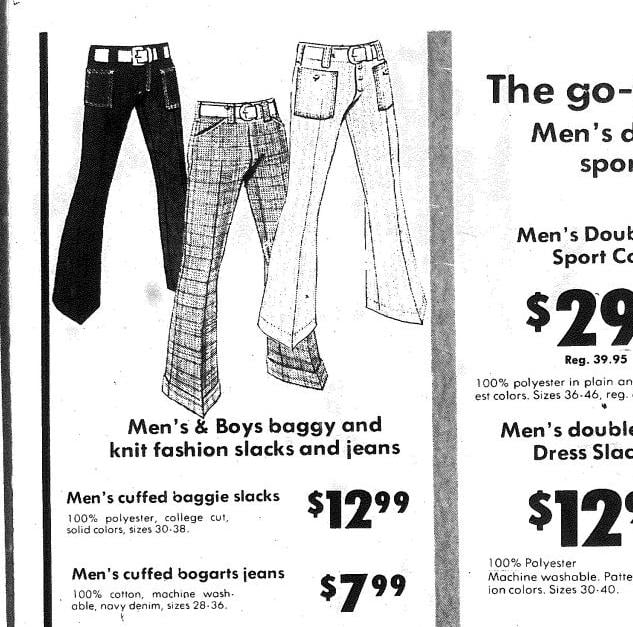 Free Press ads in the early 1970s featured men’s slacks in a range of busy patterns and bright colors. The authors of a book about Minnesota say a lot of important changes were happening in those years, and many of them happened in the state. 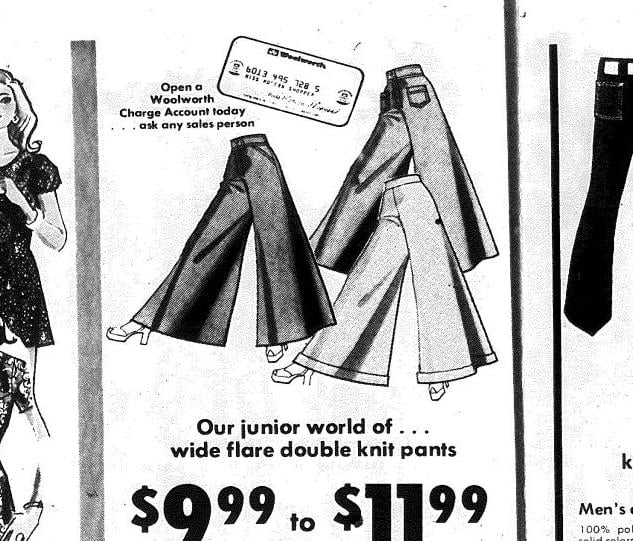 Free Press ads in the early 1970s featured men’s slacks in a range of busy patterns and bright colors. The authors of a book about Minnesota say a lot of important changes were happening in those years, and many of them happened in the state.

Editor’s note: This article is reprinted from its 2013 publication.

It’s easy to make fun of the 1970s. The whole decade seems to demand disrespect, with its striped pants, cheesy love songs and palette of various mustard colors. It was 10 straight years of solid unloveliness, with a good bit of social turmoil thrown in.

But to the millions of people who came of age during the ’70s, those years are special. Writer Dave Kenney graduated from high school in 1979, and as the years have passed, he’s come to feel that the ’70s played a pivotal role in U.S. cultural, social and political history.

“When I was living through those years, I was focused on the things young people always focus on — the music, which I admit was really dreadful, and the pop culture. I could come up with an endless supply of worthless trivia from those years,” he admits. “But now it’s clear that a lot of important changes were happening in those years, and many of them happened right here, in Minnesota.”

“Minnesota in the 70s” (Minnesota Historical Society Press), co-written by Kenney and Thomas Saylor, doesn’t reveal a “uniquely Minnesotan” version of the ’70s; instead, the writers show our state right in step, or even leading many of the changes in the national social, political, cultural and business worlds.

The book begins with a look at the Minnesota Miracle, when a Democratic governor, Wendell Anderson, led a bipartisan effort to reform the state’s tax policy to boost education spending and aid to local governments. They ended up with a budget surplus, stronger outstate communities, and famously top-notch schools. But that spirit of cooperation didn’t last, and politics began to break down as the decade wore on. The book charts a veer to the right, as a new conservatism takes hold at the state level, and nationwide as the country prepared to bring Ronald Reagan to the presidency.

“When I started research, I had this vague notion that I would uncover this wonderful lesson about how people could work together across the party divide, and that there would be something instructive there, on a policy level, that we could look to going forward,” said Kenney. “We did have many examples of people working well together, and getting good things done. But towards the end of the decade, those were becoming more uncommon.”

On a social level, the state struggled to integrate newcomers from Southeast Asia, as well as the original residents, as the American Indian Movement took hold. Perhaps the most regrettable experiment in integration, says Kenney, was the busing program in which white and black students in the state’s three largest cities were bused across town to integrate schools.

“What really got to me was how little was actually accomplished by all of that,” he says. “I’m not sure any kids were really better off in the end, and instead a whole lot of white families fled the district, and to this day, we see how that plays out.”

Kenney and Saylor show that the 1970s were a time of great experimentation as people reached for solutions to various problems, ranging from the death of small towns and the rural way of life to the threat of energy shortages.

But they found plenty of amusement in the archives at the Minnesota History Center as they researched the pop culture of the decade, revisiting the music and fashions of the times, and noting the novelties of the day, from the IDS building and Mary Tyler Moore to inventions such as Thinsulate, frozen pizza, Aveda shampoo, and Hamburger Helper.

Many of the innovations of the ‘70s remain with us today. Others do not. Remember the Minnesota Experimental City? In 1972, plans were under way to create a brand-new city of the future in Swatara, just south of Grand Rapids. It would have 250,000 citizens, and be a living model of futuristic urban design. (How’d it work out? Well, today Swatara has 201 citizens.) The Minnesota Zoo’s monorail made its debut in the ‘70s (and was taken off line in 2013). Ralph Rapson’s Cedar-Riverside self-contained city was to have housed urban professionals in a self-contained high-tech oasis developed in 10 stages. The project was halted after the first stage.

“There were some great ideas back then, and some not so great. But overall, I think it was an amazing decade. And I think people are finally developing a real fondness for it. As my generation gets more perspective, the 1970s are finally getting some respect.”

Sister Andrea Zelenak, SSND, 90, died Saturday, July 4, 2020 at Our Lady of Good Counsel, Mankato. Funeral services will be held at a later date; an obituary will be published at that time.