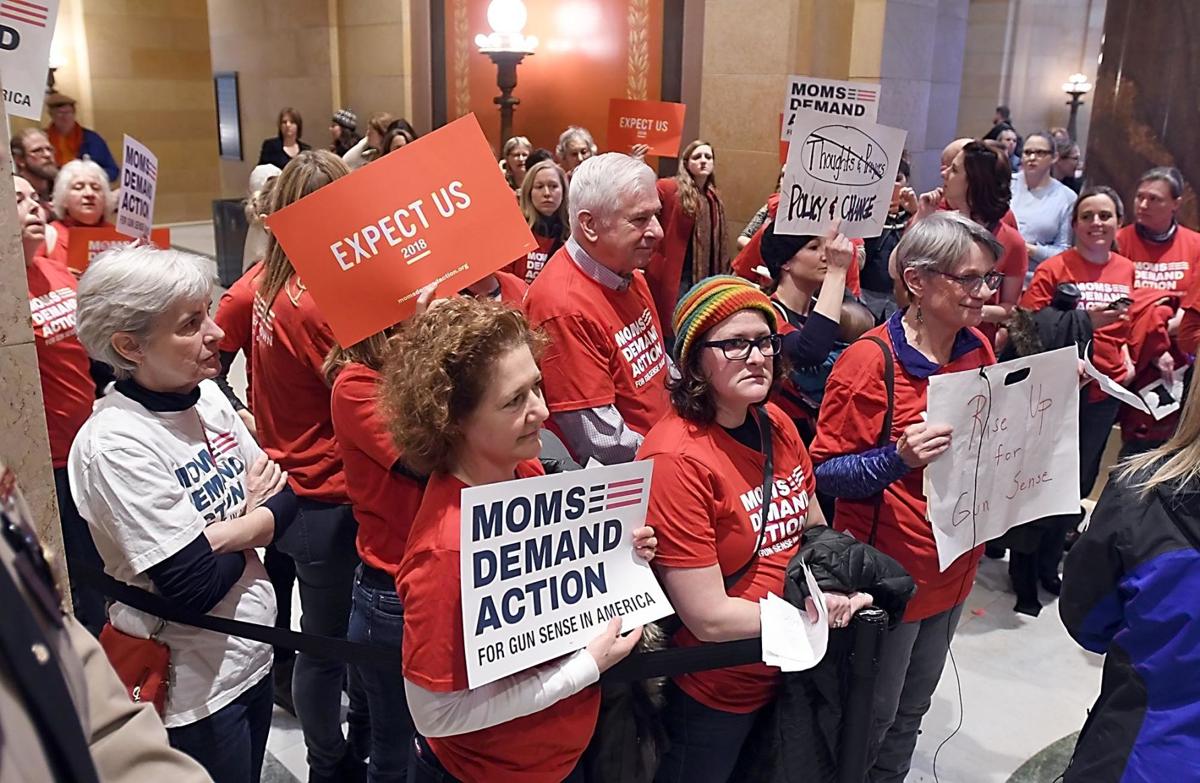 Demonstrators seeking changes in gun control laws gather outside the House chamber at the start of the 2018 legislative session Tuesday in St. Paul. Photo by Pat Christman 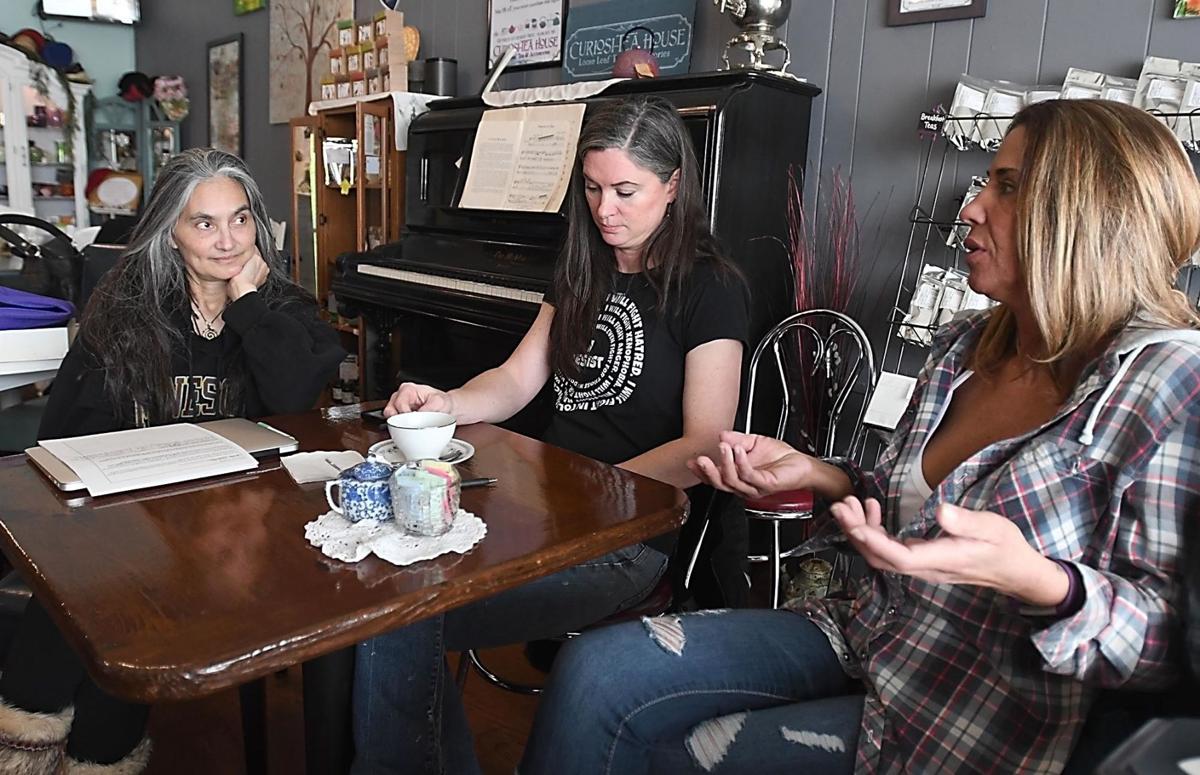 From left, Elaine Hardwick, Liz Ratcliff and Kylie Komaridis talk Monday about the recent school shooting in Florida at the Curiosi-tea House. Photo by Pat Christman

Demonstrators seeking changes in gun control laws gather outside the House chamber at the start of the 2018 legislative session Tuesday in St. Paul. Photo by Pat Christman

From left, Elaine Hardwick, Liz Ratcliff and Kylie Komaridis talk Monday about the recent school shooting in Florida at the Curiosi-tea House. Photo by Pat Christman

ST. PAUL — State lawmakers may have planned on tax conformity and infrastructure as priorities this legislative session, but advocates from across the state and some local voices urged legislators to address gun violence Tuesday in the wake of a mass school shooting last week in Parkland, Florida.

More than 100 members of Moms Demand Action gathered before the state House and Senate chambers Tuesday morning, chanting "Save our kids!" and advocating for stricter gun control laws, part of a nationwide series of protests to spur state and federal lawmakers to take action to prevent more school shootings.

U.S. Rep. Tim Walz, D-1st District, was at the Capitol Tuesday morning in support of state workers rallying for lawmakers to pass new employee contracts with cost-of-living increases. Yet by noon Walz chimed in with a statement of his own calling for a number of tighter gun control laws, including universal background checks and an assault weapons ban.

"These continuous mass killings, especially associated with assault rifles, have got to end," Walz said. "This is one where the country is ready for action."

Walz, who is running for governor, had previously been a rare Democrat who earned National Rifle Association support in the past. Walz said in his statement he donated past NRA campaign contributions to a veterans charity last year in response to criticism from people concerned over the NRA's role in lobbying for U.S. gun laws. He said he will no longer take contributions from the NRA.

Even as the state debates gun issues, the federal government is taking some action. President Donald Trump reportedly asked the Justice Department Tuesday afternoon to look into banning accessories such as bump stocks that would make guns fire rounds faster. State Rep. Jack Considine, DFL-Mankato, is sponsoring a bill this session that would ban bump stocks in Minnesota.

"They have to be thoughtful conversations and not just, sort of reactionary," House Majority Leader Joyce Peppin said. "It's a huge, complicated problem, and it's going to take more than just trying to pass a bill in the second day of session to make it a good policy."

Peppin said lawmakers would have to look into whether current state and federal gun laws were being enforced and what kinds of laws would work while still maintaining Minnesotans' Second Amendment rights, among other things.

"My personal feeling is this 24-hour news cycle the last 30 years is really what's perpetuated school shootings," he said. "They're on there talking about (the shooter), glorifying this kid, showing justification, his reasoning, death of parents, all this stuff and, unfortunately, that message is getting through to teenagers."

Munson noted some media outlets have taken to refusing to name school shooters or show their faces in an attempt to prevent copycat crimes, but eventually news outlets end up reporting more details about the killers.

Some DFLers say the latest school shooting has prompted enough outcry from students and parents alike that it could be enough to enact some sort of gun reform.

Elaine Hardwick, Liz Ratcliff and Kylie Komaridis invited supporters to Curiosi-Tea House to sign petitions and write appeals to Walz and Minnesota's U.S. senators lobbying for measures such as universal background checks and a ban on semi-automatic guns.

The women said they realize more gun restrictions won't, in itself, stop mass shootings. A multifaceted response that also includes enhanced mental health screening and services, a stronger anti-bullying curriculum and upgraded school security is needed, they agreed. But those will take years to implement. Stepping up firearms restrictions can happen more quickly, they said.

“I understand it's not just a gun issue, but it's a simple step we can at least start with,” Komaridis said.

The trio said they empathize with gun owners who argue more regulation would infringe on their Second Amendment rights, but put priority on their belief that more gun control could prevent further bloodshed.

“I don't think somebody's right to bear arms should overrule people's right to move freely in public without being afraid of being shot,” Ratcliff said.