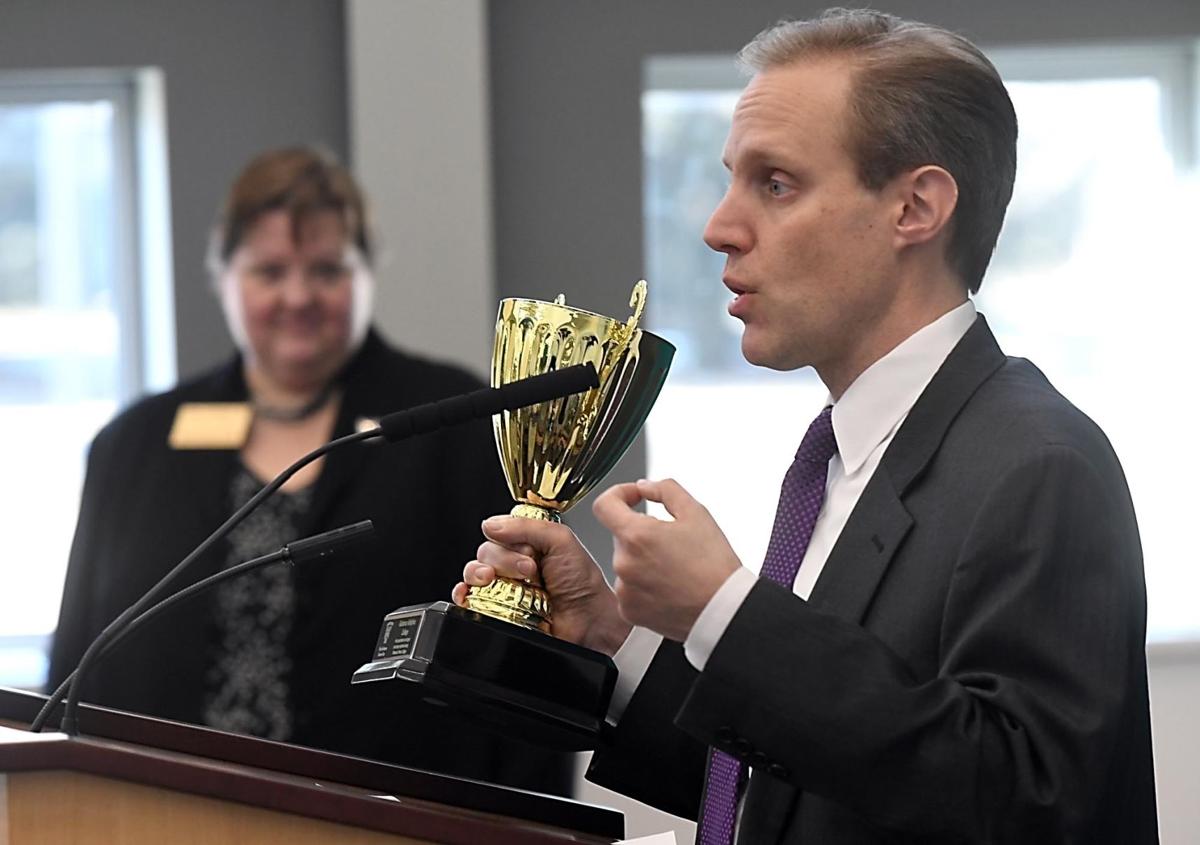 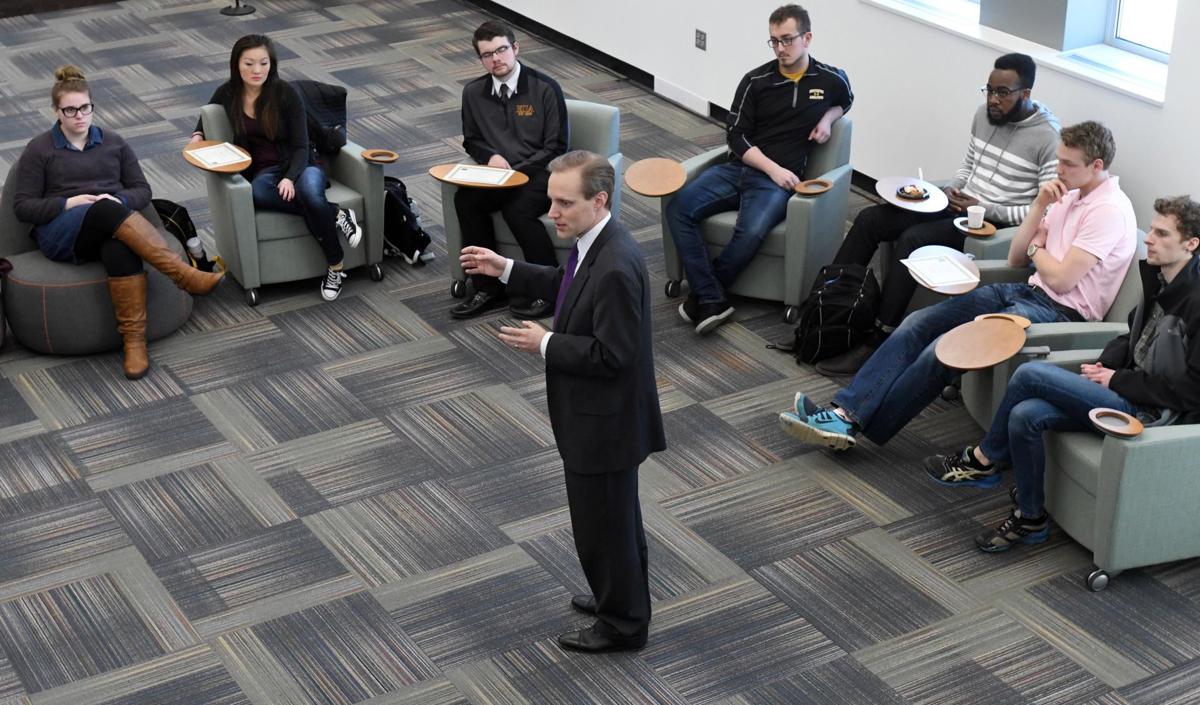 ST. PETER — Minnesota's secretary of state paid a visit to Gustavus Adolphus College Monday to award accolades as well as to accept advice.

After bestowing a trophy to the college for having the highest voter registration rate, Steve Simon asked students what keeps more young people from going to the polls.

Gustavus won the inaugural Minnesota College Ballot Bowl. The Secretary of State Office's contest challenged the state's public and private universities to register the most student voters for the 2016 General Election.

“Not only did you win. You blew the door off. No one else was even close,” Simon told students and faculty gathered in the recently re-opened A.H. Anderson Hall.

Minnesota regained its title of having the highest voter turnout in the country and “you did your part to get Minnesota back where we belong,” Simon told the Gusties.

A voter education committee with student volunteers from campus political and leadership groups led the registration campaign. Senior committee member Sean Hinnenkamp said they used a mix of electronic notices and on-campus events to help students get registered and either vote absentee in their hometown or get to the polls in St. Peter.

Many of those committee members plus a few other politically active students talked with the secretary of state about college students' attitudes toward voting.

Even with their efforts, students said a lack of understanding over where they are supposed to vote and fear of getting in trouble for voting in the wrong location might have kept some students from casting a ballot. Simon concurred that it is a challenge to educate college students that they can chose to vote either in their hometown or at their school.

The students suggested that every college should provide students free transportation to the polls. Gustavus had a bus that stopped at all three polling locations.

Students said some of their classmates didn't vote because they were too busy to learn about and select favored candidates. Simon reminded them that voters aren't required to cast a vote on every race on the ballot. He'd rather they come out even to vote just in a race or two than not at all, he said.

Simon asked whether the highly fractious presidential campaign galvanized or disillusioned young voters. It did some of both, the students told him, but they speculated it probably hurt turnout more than it helped.

The secretary said he's hearing many people didn't vote because they believed low turnout would signify their lack of satisfaction with both candidates. Simon said he agrees with a slogan he once saw on a T-shirt: “Failure to vote is not an act of rebellion, it's an act of surrender.”

He suggested to the young voters that third party and write-in votes are a more productive act of rebellion.

“I don't think any vote is a wasted vote,” Simon said.