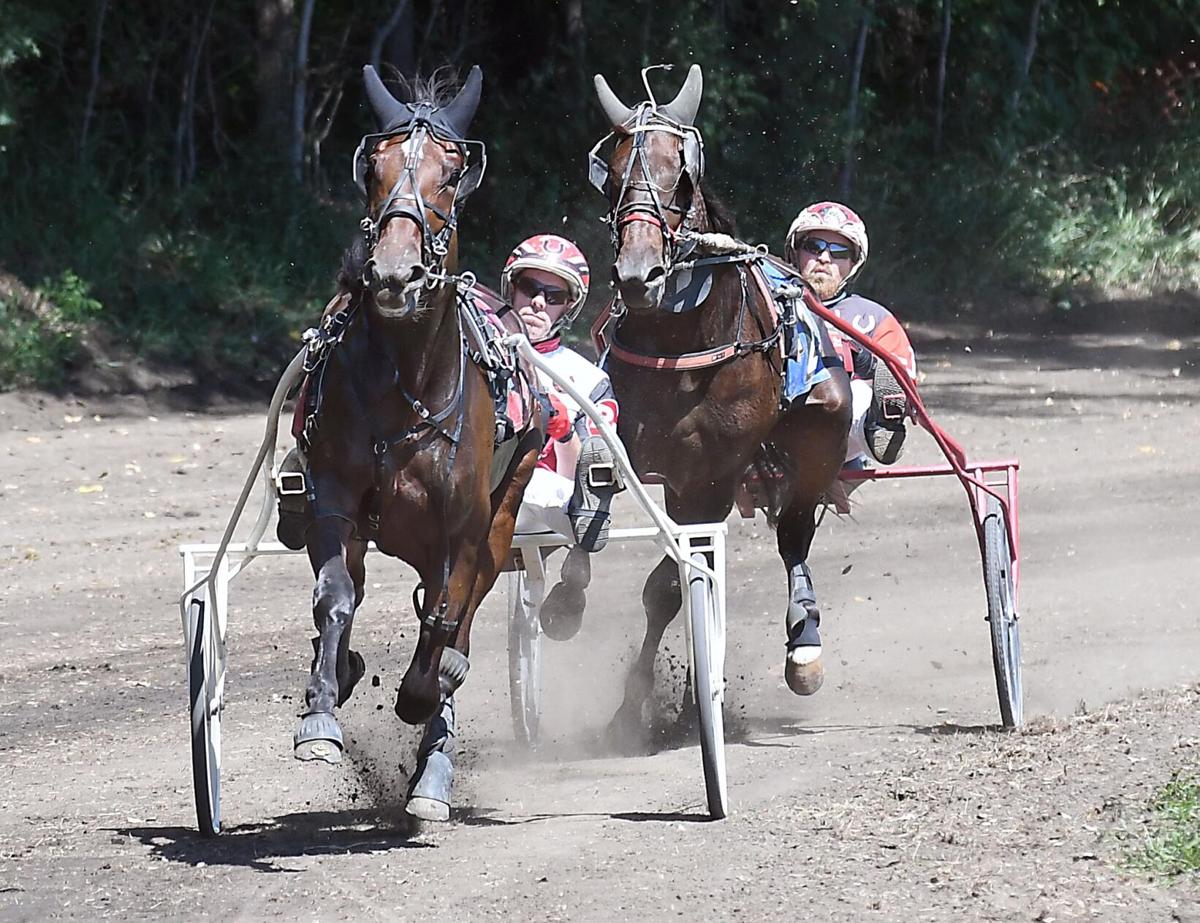 Rick Magee (left) is chased by Brandon Jenson during a harness race Wednesday at the Nicollet County Fairgrounds in St. Peter. 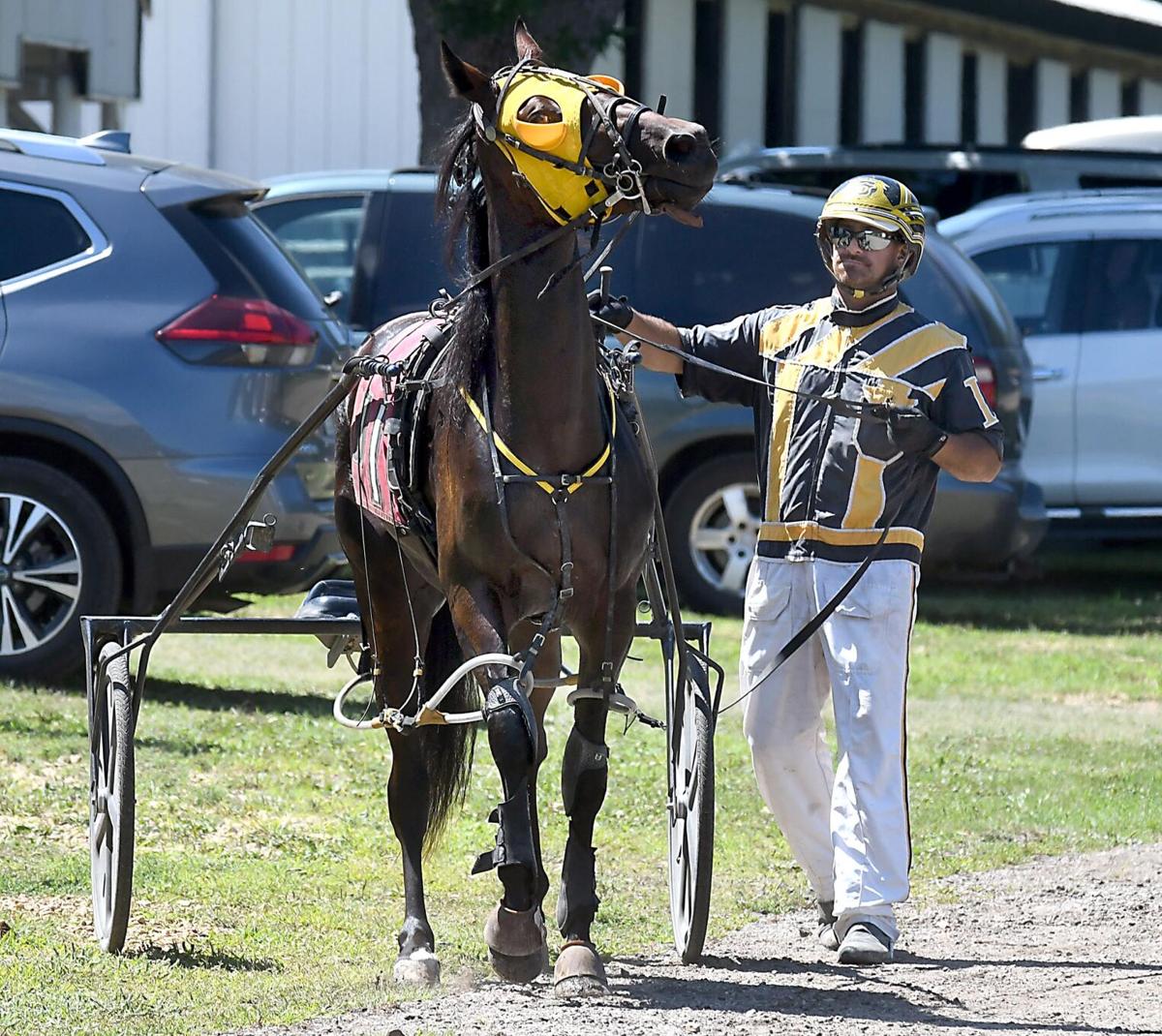 Brian Detgen readies his horse for a harness race Wednesday at the Nicollet County Fairgrounds in St. Peter.

A pair of harness racers round the track during the first day of the Nicollet County Fair Wednesday in St. Peter.

Brady Jensen, helmet and goggles still on and race whip in his grip, could be in college right now.

But this life — with wind in his face, seated firmly in a sulky and whipping around the turns at harness racing events — looks like way more fun.

“It’s definitely an adrenaline thing,” he says. “I grew up with sports my whole life. I like competing.”

It’s also the family business. He says he tried college for a spell but realized that life didn’t give him the satisfaction and rush he gets from working with horses and competing for prize money.

“We race horses year-round. We race up at Running Aces Casino and Racetrack (near Forest Lake),” he says. “After that we go out to Pennsylvania near Pittsburgh. This is what I do for a living.”

Jensen and a dozen other riders came to the Nicollet County Fair Wednesday to compete in the annual harness racing competition. Race purses were $2,000 each.

To the untrained eye, harness racing may look like a slower version of horse racing. But there’s much more to it than that.

• Horses must move at a gait, not a run. If they run, they get penalized.

• That little carriage riders sit in is called a sulky.

• Races start with all racers already moving; they start just behind a vehicle with a retractable gate. At the starting line, the gate is pulled away and the already-moving horses take off.

• Harness racing horses are called “standardbreds,” as opposed to the thoroughbreds and quarter horses seen in other racing.

It’s also potentially dangerous. Just ask Alan Sandbuldt, a retired rider from Sioux Center, Iowa, who now travels to as many harness racing events as he can.

The trickiest part? “Don’t get hooked up with each other. Or if a horse goes down,” he says, his hands demonstrating a tumbling motion, “and everybody goes over it.”

Justin Anfinson, president of Minnesota Harness Racing Inc., said a total of $16,000 was awarded in Wednesday’s races. Most Minnesota races take place at Running Aces. Anfinson says he and his crew race there three nights a week.

But in the summer, they also hit a series of county fairs around the state. The Nicollet County Fair continues through Sunday.