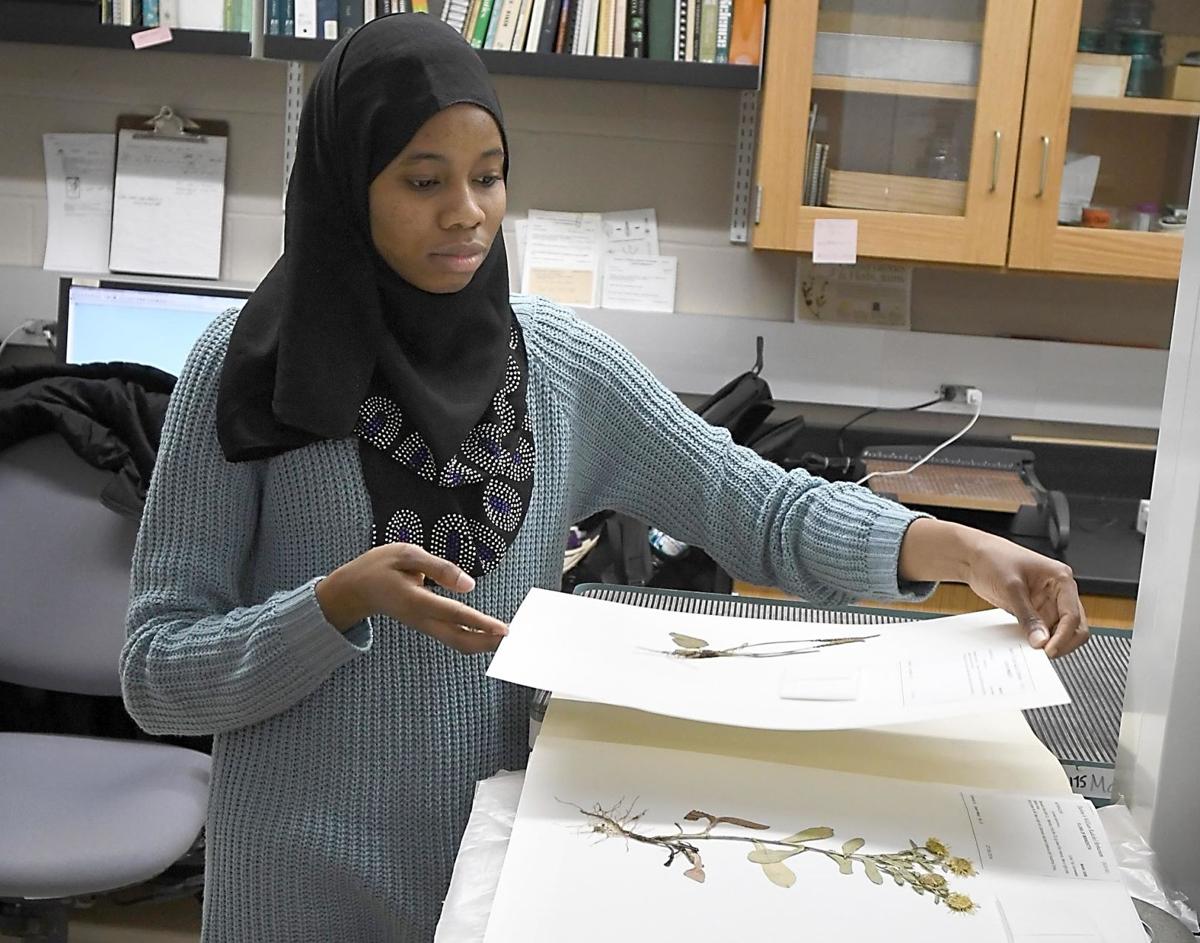 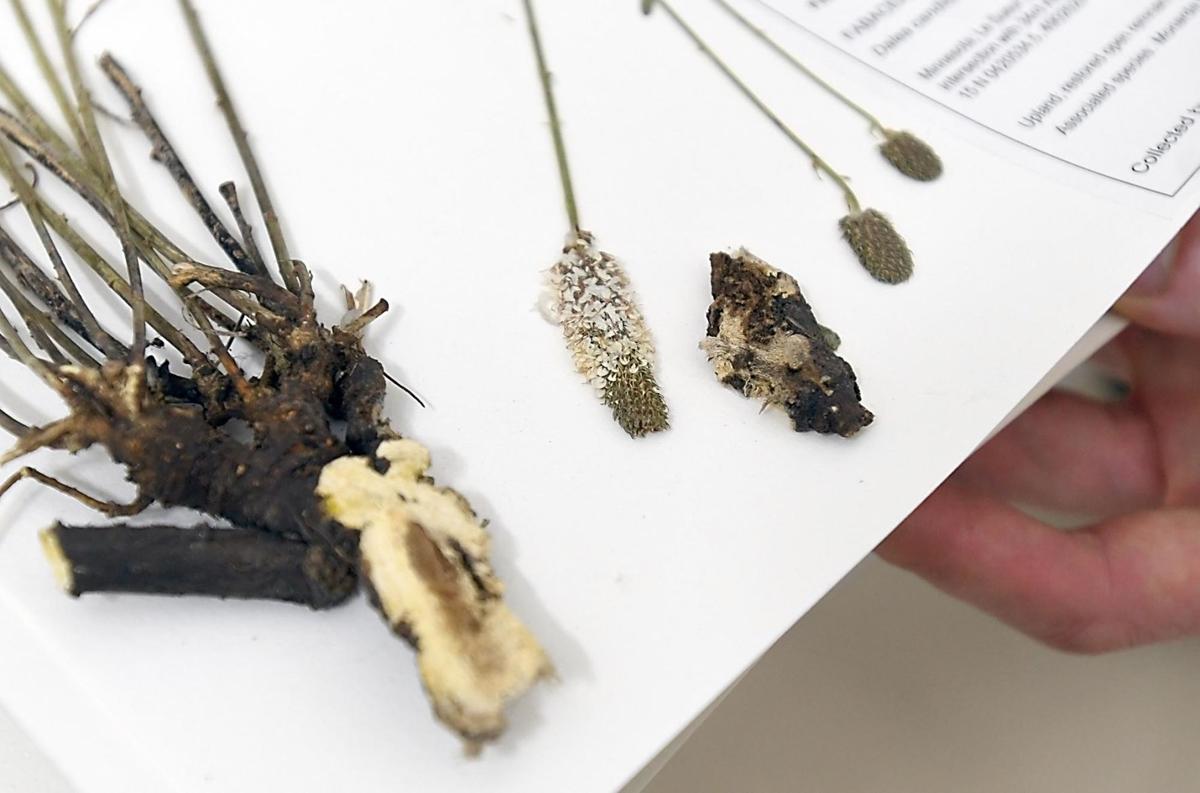 Plants gathered with permission from the Kasota Prairie are part of the herbarium's collection. Photo by Pat Christman 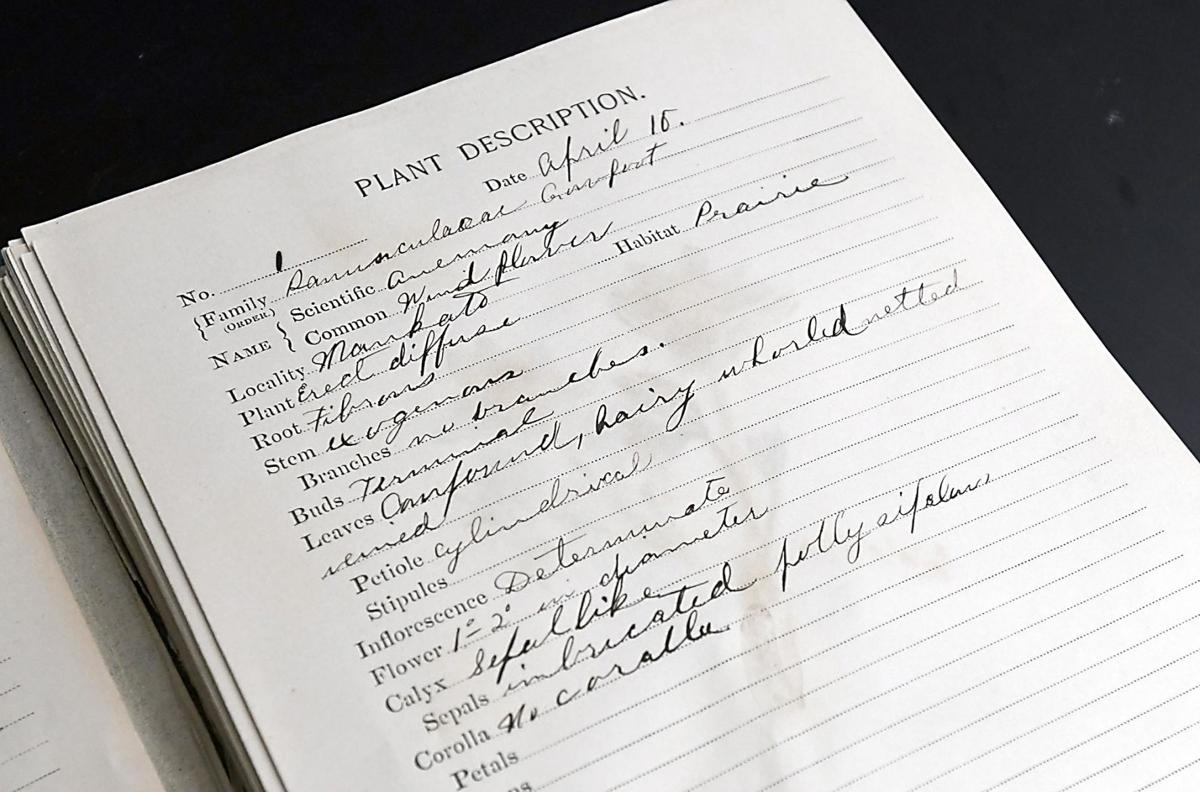 Collection notebooks with descriptions about specimens stored in the herbarium are valuable research tools for plant biologists. Photo by Pat Christman

Plants gathered with permission from the Kasota Prairie are part of the herbarium's collection. Photo by Pat Christman

Collection notebooks with descriptions about specimens stored in the herbarium are valuable research tools for plant biologists. Photo by Pat Christman

MANKATO — On a recent sunny day, when many Minnesotans were sprouting seeds indoors and calculating how long they'd have to wait before getting back in their gardens, Minnesota State University professor Matthew Kaproth and his student assistants were rushing to file away in cabinets as many plant specimens as possible.

Kaproth is the new director of the William and Darlene Radichel Herbarium at Minnesota State University, a space designed to hold and protect from light and moisture thousands of dried plants.

"Some of the collections are from the 1800s. It's a beautiful experience to be able to see them," he said.

Kaproth is responsible for its stacks of pressed specimens, indexed microscope slides and drawers full of field notes stored at Trafton Science Center on MSU's campus. He has taught at MSU for several years and took over curating the herbarium after the retirement of its former director, Alison Mahoney.

The herbarium is an educational tool, used by scientists as well as MSU students.

"We use it as a reference point," Kaproth said.

Researchers, when studying topics such as environmental impact on vegetation, have to be able verify where a plant was found growing and the soil conditions at the site.

“Are you sure it came from there?” is a question Kaproth regularly asks students tasked with documenting species.

MSU senior Aicha Diamountani is a biomedical sciences major, so her studies focus on the health of humans. Her interest in cataloging plant specimens began last year when she signed up for a required basic course taught by Kaproth.

Kaproth said thanks to Diamountani, hundreds of plants have been properly preserved.

"I am learning every day and there's a need for my help. Most of the time I am mounting specimens and digitalizing," she said. Diamountani is not a stranger in the world of plants, her mother is an agronomist in Africa.

"I love being artistic," she said.

Kaproth said one of the most enjoyable duties for a plant biologist are the times spent outdoors collecting.

"I get to watch nature change throughout the seasons. And I get to capture and keep a piece of it."

Documenting plants native to Minnesota is an effort shared by herbariums throughout the state. When one facility has an overabundance of one type of dried plant, the collection is often divvied up and sent to other biologists in the state.

“We went from having none to having hundreds,” Kaproth said.

"Our 'tree of life' is growing," Kaproth said referring to the list of specimens kept at MSU.

"It's also becoming more condensed as we are losing plant species. As the climate warms, more invasive plant species are being reported," he said.

Winter hardy non-native plants — for example, buckthorn — if left unchecked can take over a Minnesota landscape. The first step to control invasive species is knowing plants' characteristics such as number of leaves or the typical habitat.

"The state is working on a new mobile app to help when someone finds a plant and wants help to identify it," Kaproth said.

Minnesota is home to an array of plants. Three large terrestrial ecosystems — broadleaf and coniferous forests and prairieland — meet up near the headwaters of the Mississippi.

Accurate records of plant species from a state with weather extremes can be useful for predicting changes in climate. Kaproth and other herbarium directors across the state are awaiting a decision from the Capitol regarding funding for the second phase of a natural resource management tool.

The Minnesota Biodiversity Atlas is an online, searchable interface that offers a vast amount of data from the University of Minnesota's Bell Museum of Natural History.

The requested funds would be used to expand the digitalization of the Bell's collection of more than a million specimens from seven continents and would allow for the addition of information from MSU's herbarium and three other museums.

If not for volunteers and the use of classroom dollars, the herbarium at Minnesota State Uni…