Tom Brady retires at 45, insisting this time it… 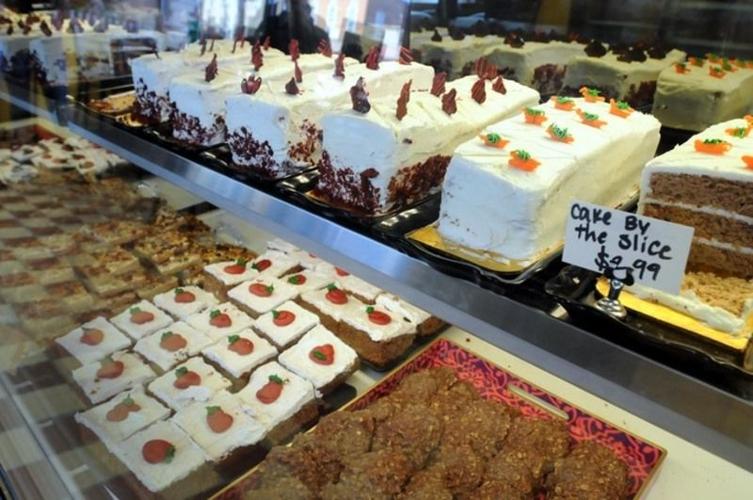 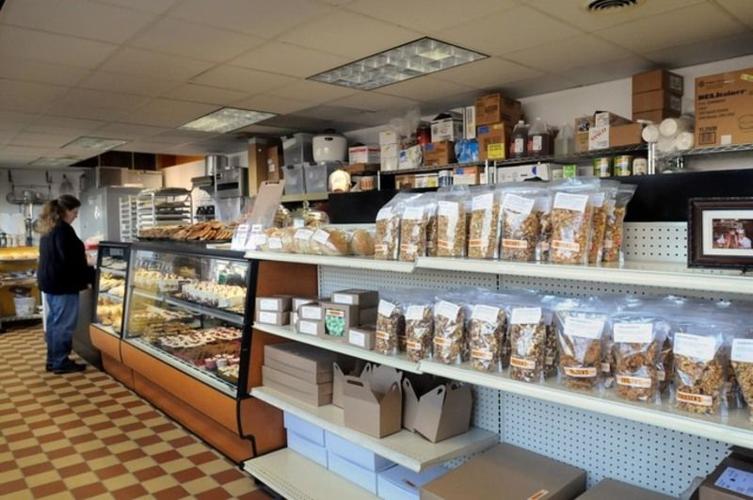 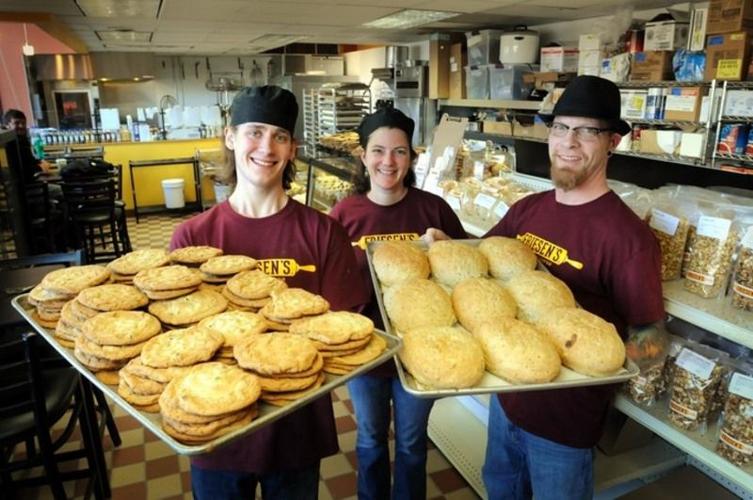 Spencer Vanderhoof (left), Natasha Frost and Tony Friesen display some of the baked goods they offer at the bakery they opened at 515 N. Riverfront Dr. Photo by John Cross

Spencer Vanderhoof (left), Natasha Frost and Tony Friesen display some of the baked goods they offer at the bakery they opened at 515 N. Riverfront Dr. Photo by John Cross

MANKATO — Bake it and they will come — in droves.

"I don't know if I've ever been busier in my life and I never had more fun in my life," said longtime baker Tony Friesen who just opened Friesen's Famliy Bakery & Soup Bar in Old Town.

Friesen, wife Natasha Frost and partner Spencer Vanderhoof have been so busy they've quickly added staff and are already bringing their contractor, Brennan Construction, back to double the size of the space.

The bakery is having its grand opening today, with a portion of the sales going to the Children's Museum of Southern Minnesota.

The shop started with four employees, now has nine and will soon be up to 12. The added space will add 10 tables to the four there now and include a separate food pantry.

The shop specializes in made-from-scratch rolls, artisan breads, cakes, cookies, candies and a variety of soups. What it doesn't have is deep-fried doughnuts.

"There's so many things I can bake. If people want a glazed doughnut, they can go to Kwik Trip for 33 cents. If you want a cool danish made by hand, that's what we do."

Friesen, 40, started working in his dad's bakery when he was 13. "This is what I've done every day of my life."

He spent the past 19 years at the Hy-Vee bakery.

Ernest has been reconnecting with all his old customers in his son's store. "He's in charge of PR. He talks with customers and schmoozes. The number of people who come in who had previous relationships with him at all his businesses has really been fun," Tony Friesen said.

"He can't help hopping over to wash the dishes all the time. He said he reverted to his first job in the bakery 60 years ago."

Besides the baked goods, Friesen is offering a variety of soups.

"I know how to bake but not make soup, so I hired the best soup chef I ever met, Sarah Haayer. She's amazing."

The homemade soups have been big sellers. "We're cutting vegetables about 15 hours a day to keep up, and that's not keeping up," Friesen said.

Their signature soup is Spokato, a takeoff on Mankato and the soup's ingredients — sausage, potatoes and kale.

There is also Cave Man Chili, Italian Wedding, split pea with mint and other soups.

Kim Muehlbauer and her daughter Jeni were having lunch this week and praising the new shop.

"They're going to need more room," Jeni Muehlbauer said. She was having the tomato-basil soup with accompanying roll. "It's really good — a little sweet taste."

Her mom was impressed with her broccoli, ham, cheese soup.

"This is the only local bakery in town, other than the big places. It's very nice," Kim Muehlbauer said.

"I just have two breads now but will be adding in more. I use a sour starter for all of them," said Friesen, who starts baking each morning at 2.

Friesen has a long waiting list of business accounts that want him to provide baked goods to them.

"We were so inundated with business I had to hold off. I've had to turn away a couple of hundred orders.

"When we have a full staff and have the store running perfectly, we'll do outside accounts."

Frost, an attorney in public health who works about half time at the bakery, has a deep interest in healthy foods and local sourcing.

"If we can eliminate sugar and anything that doesn't need to be in there, we will," Friesen said.

"We're making our own beans instead of using canned ones. We will grow our own herbs and put them in the soup.

"You can't do everything, but we can do a lot. That's my goal as a local shop — pick things we can do to move away from the corporate ties and do local sourcing."

They also work at promoting the Children's Museum of Southern Minnesota — Frost's mom was one of the museum's founders — and plan to do events at the museum in the future.