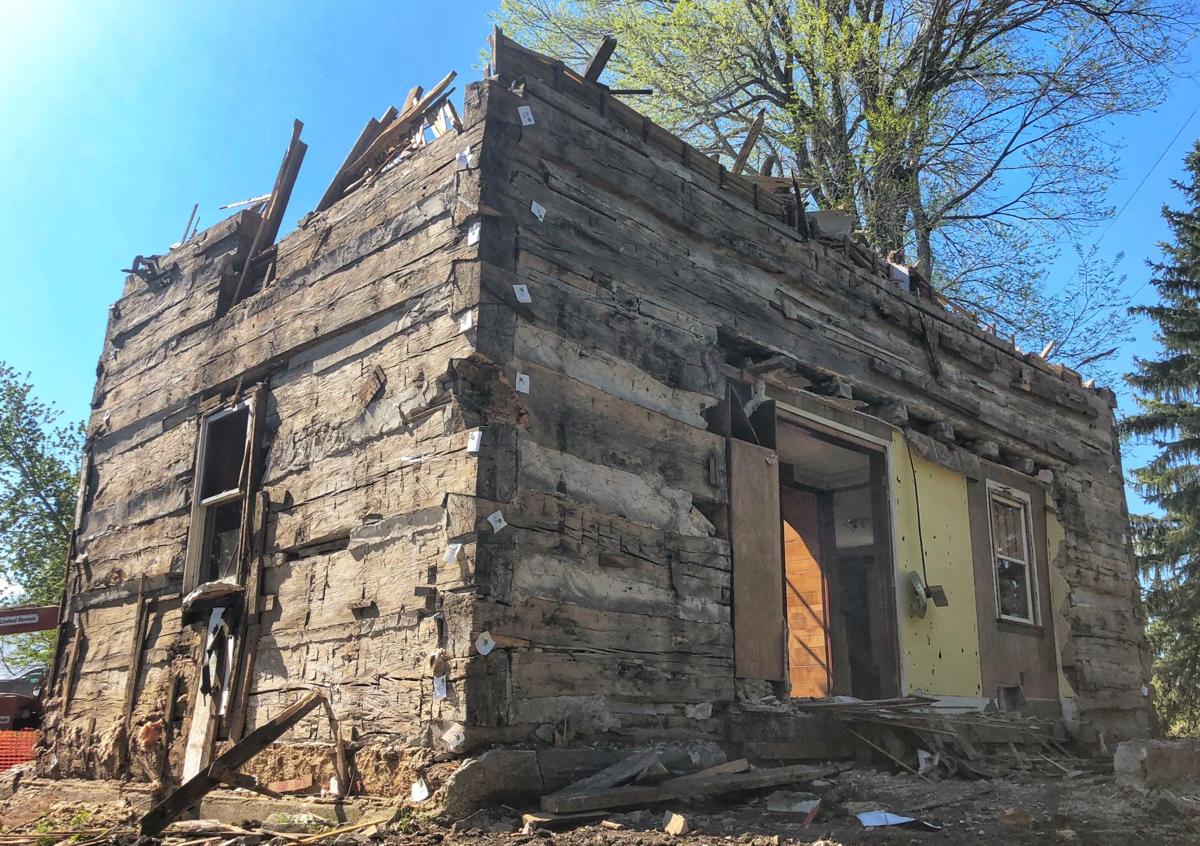 This house, which was taken apart recently log by log, was the oldest structure in Mankato and home to the city’s first church, SS. Peter and Paul’s. 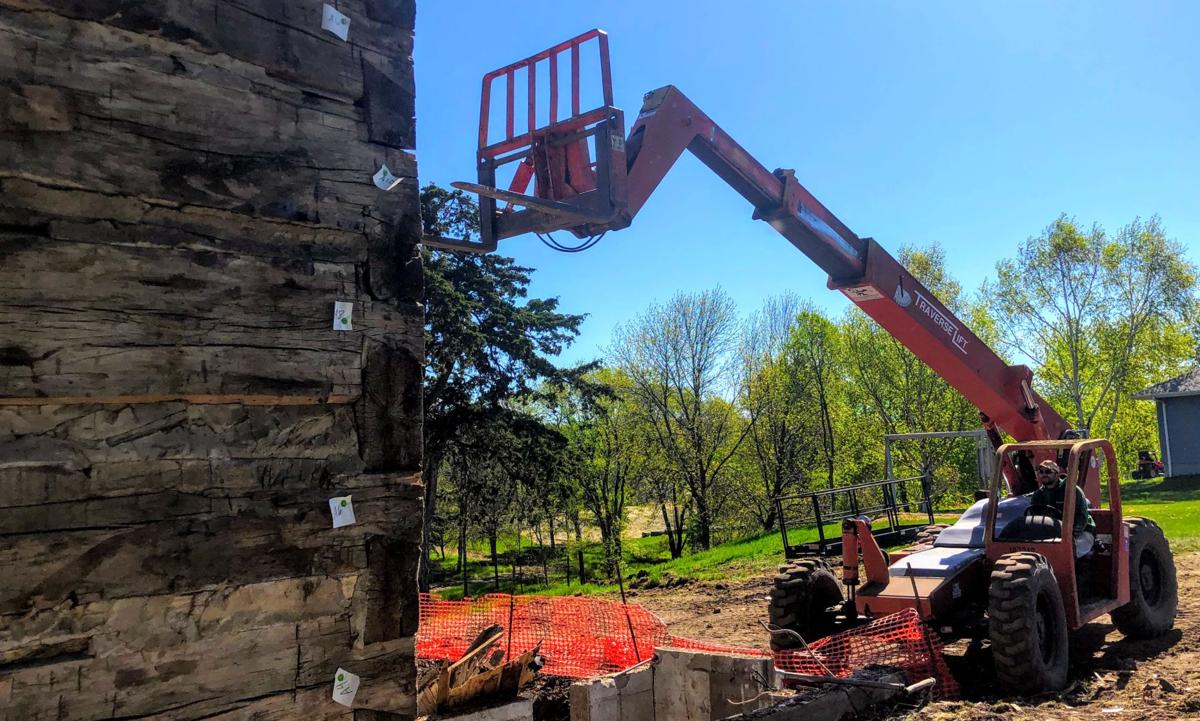 Numbered tags affixed to the logs will help the crew help put the house back together. 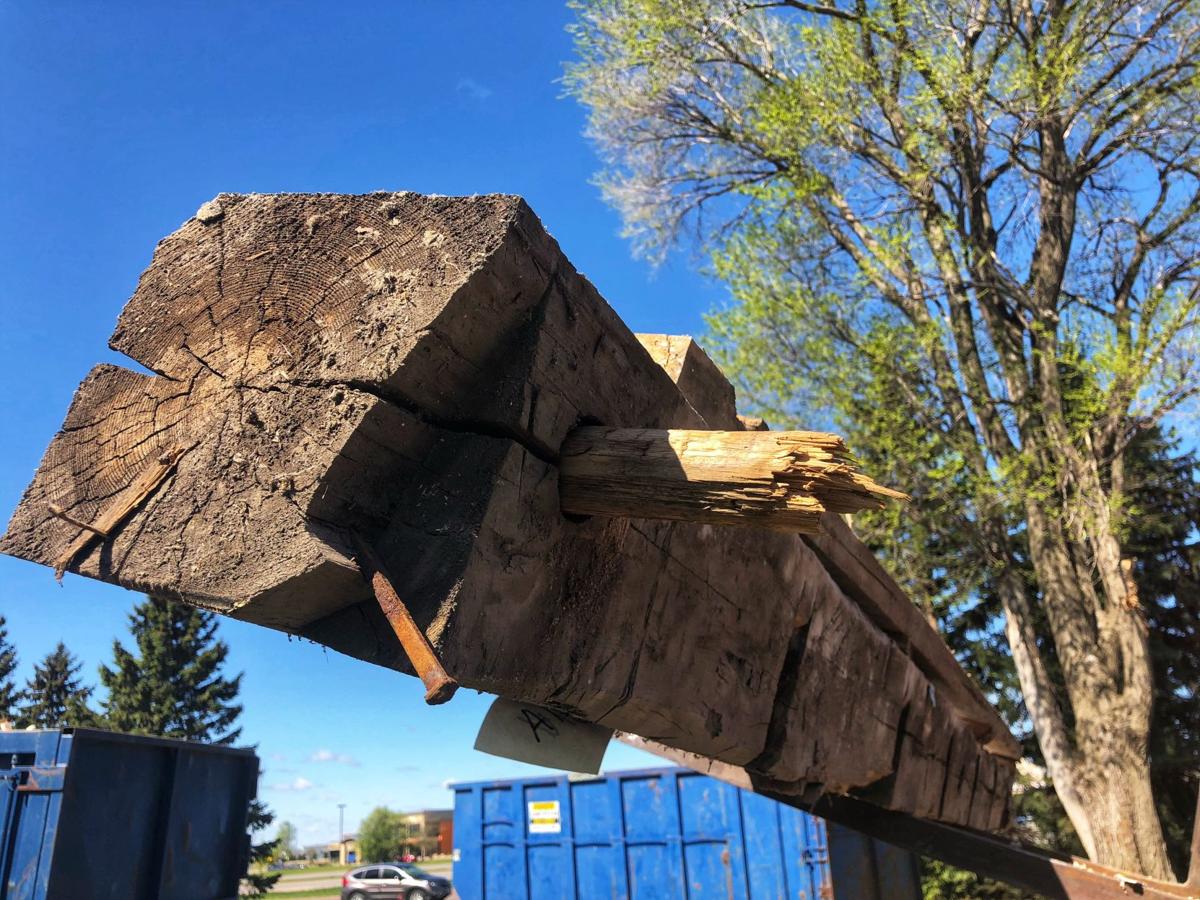 These pegs held the giant timbers together. 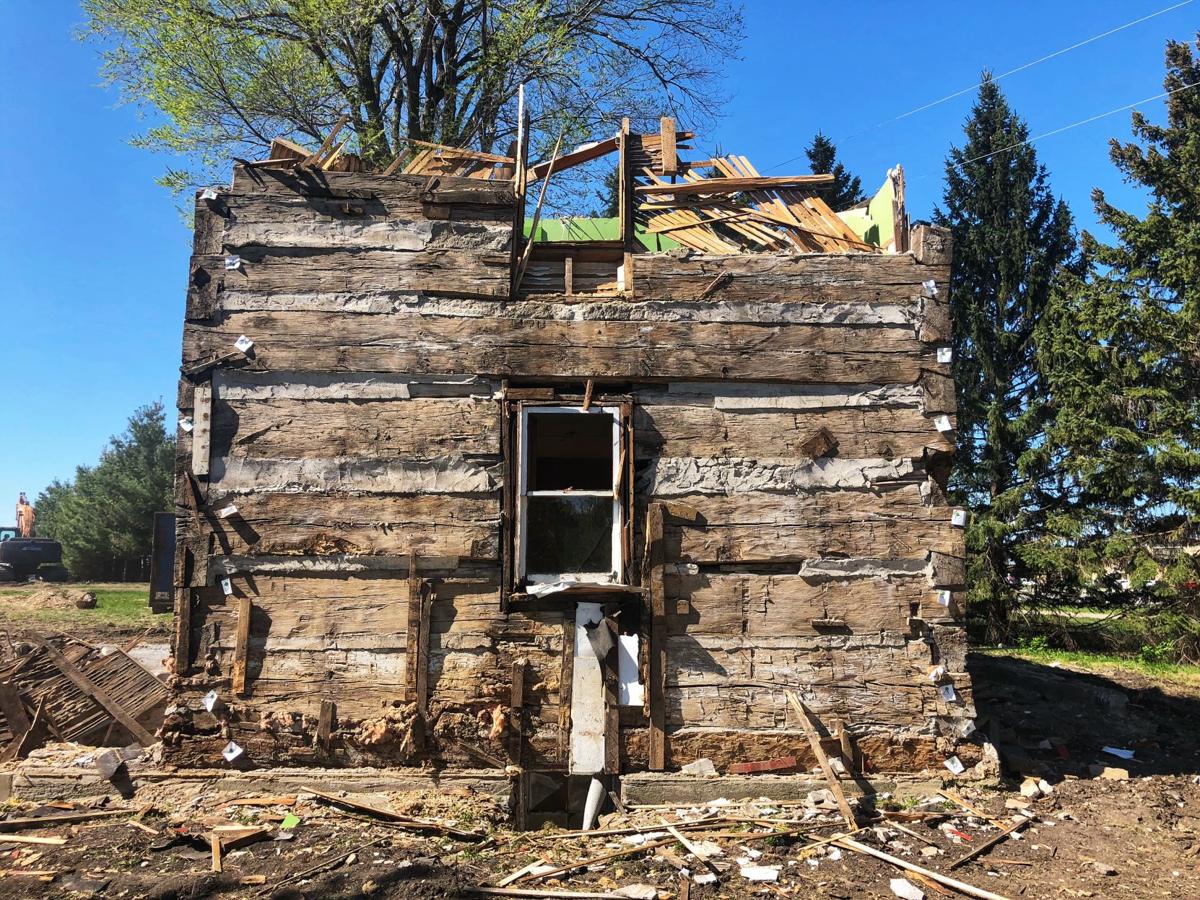 A side view of the historic house that was taken apart to be rebuilt elsewhere.

This house, which was taken apart recently log by log, was the oldest structure in Mankato and home to the city’s first church, SS. Peter and Paul’s.

Numbered tags affixed to the logs will help the crew help put the house back together.

These pegs held the giant timbers together.

A side view of the historic house that was taken apart to be rebuilt elsewhere.

Consider it a version of Lincoln Logs. Only in this case, the logs happen to belong to the oldest structure in Mankato.

Last week, with no crowds around to witness the historic event, a house built 167 years ago was taken apart, log by log. It was the original home to SS. Peter and Paul’s Catholic Church. Over the years it has housed priests and families. But it hasn’t been fully dismantled since the 1850s.

Children of the most recent occupant, who reportedly own and are developing the land around it, reportedly plan to reassemble the building somewhere else.

A crew on site last week delicately pulled the timbers apart with heavy equipment. Giant hand-whittled pegs — which have held the pieces in place for decades — creaked as each log was pulled away.

“It’s the original lost church for our parish,” says Ken Ziegler, who calls himself the unofficial historian for SS. Peter and Paul’s Catholic Church. “It’s also the first church in Mankato. And it’s survived until now.”

Ziegler, says the little house was originally built near the top of Main Street hill in 1853. It was owned by Michael Hund, who kindly allowed the parish to hold occasional services inside of it while he lived there for two years. A deal later was struck to move the house a few blocks away.

When it was moved, church records show parishioners cut the roof into four separate pieces and carefully pulled the log walls apart. A team of oxen, Ziegler says, hauled it all from the top of the hill to the plot of land that SS. Peter and Paul’s occupies today at 105 N. Fifth St.

“The logs are enormous,” Ziegler says. “Beautifully dove-tailed corners. … The log building has smooth walls inside and out, which was at that time extra work and quite a luxury. All hand done. Very well done.”

The small house was used as a sanctuary on that site for a short time. But after the church built its first stone church, the house was used as living quarters for priests who would come through to help the parish, which didn’t have a permanent pastor, hold services.

Eventually, when the church grew and got its first residential priest — Rev. Vallentine Sommereisen from Germany — he lived in that house. And when the church added more priests, they lived there, too.

But as they added on to their stone church, they added newer living quarters for pastors, and the house was no longer needed.

By 1872, a family from the congregation moved the house to a site where it stayed until several days ago: across Highway 22 from the Mankato Clinic’s Wickersham Health Campus.

The house was lived in up until just a few years ago. And as it was deconstructed recently, the laminate flooring and appliances were visible, as was the fact that the home has fallen into disrepair.

Ziegler says he’s heard the property owners plan to reassemble it. In fact, before that forklift pried the logs apart, workers affixed each log with a numbered tag so they’ll know exactly how to put it back together.