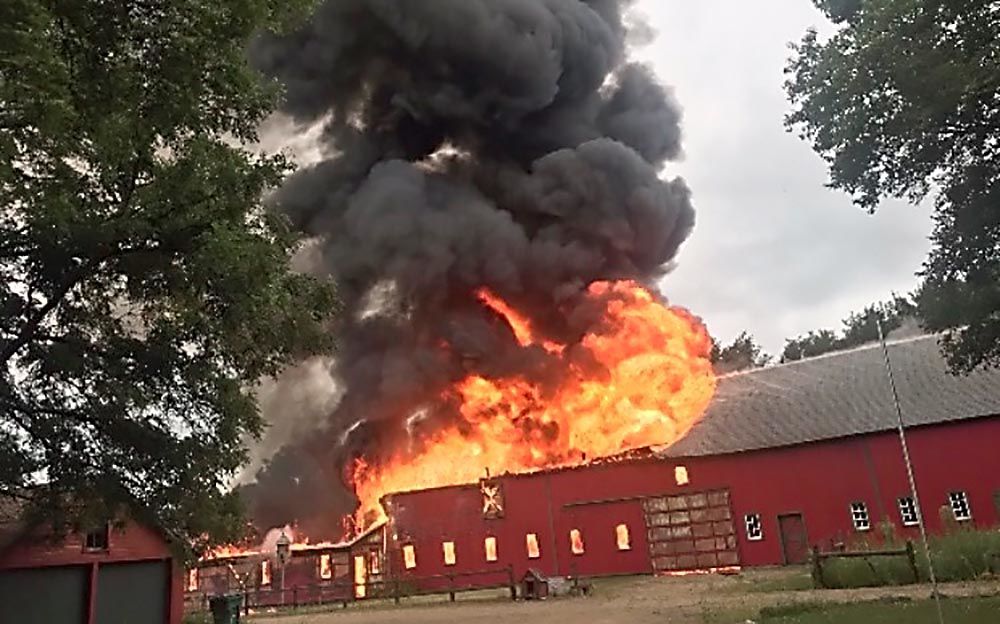 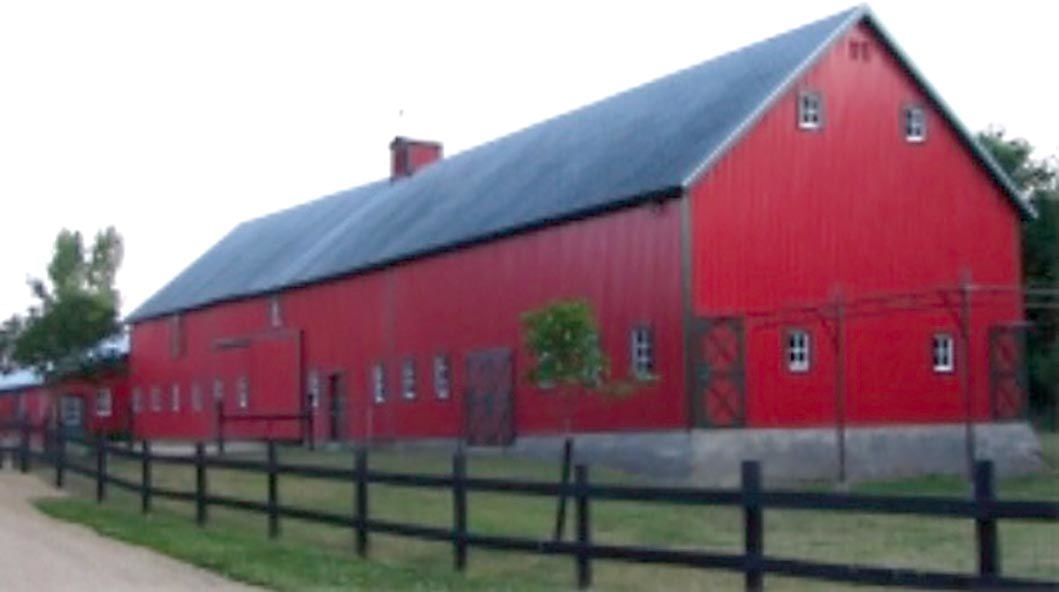 The original section of barn in the two-story, 160-foot-long structure on Tostenson Brothers Farm was built in 1876. Two additions — a milking barn and a stable — along with the original middle barn were destroyed by a fire on the farm.

The original section of barn in the two-story, 160-foot-long structure on Tostenson Brothers Farm was built in 1876. Two additions — a milking barn and a stable — along with the original middle barn were destroyed by a fire on the farm.

Dwight Tostenson got up each morning and started his day by looking out his kitchen window at the barn.

A fire Sunday afternoon in rural Nicollet County destroyed the two-story barn that had once been the center of operations on one of the state’s sesquicentennial farms about two miles southwest of Norseland.

Losing a significant visual tie to their family heritage was tough, Richard Tostenson of St. Peter said, adding that his brother, Dwight, and he had spent 17 years refurbishing the three-section structure, which they opened for public events.

On Monday Richard did all the talking about the loss of the barn. Dwight and his family live on the farm place.

“Every morning, he looked out his kitchen window at the barn,” Richard said, explaining how hard it would be for Dwight to talk about the fire.

The brothers outfitted the barn with a special collection, including Amish buggies. “A lot of antiques — cream separators, milk cans, horse tack and such — were stored inside,” Richard said.

“The hardest part, though, is that my 15-year-old nephew lost the two boats he’d been working on and that he had to be witness to that (fire).”

Nicollet County Fire Chief Joel Polzin said when firefighters arrived at the farm around 4:30 p.m. Sunday, the barn was fully engulfed and could not be saved.

“That’s typical for wide-open structures. There’s nothing to hinder flames from moving quickly across.” Polzin said the fire originated in the south end of the barn and moved north.

No animals were housed in the 160-foot-long barn.

Richard and Dwight, two of William and Carol Tostenson’s six children, agreed to take over caring for the family farm in New Sweden Township around 2000 after their parents announced they were ready to retire.

They succeeded in sprucing up the property’s buildings and creating an atmosphere similar to the homestead’s earliest decades.

A website for Tostenson Brothers Farms describes scheduled events that Dwight and Richard organized at the farm. The public could reserve seating to attend a Christmastime, spring and summer programs.

“When Norseland celebrated its sesquicentennial (in 2008), we had tours of the farm,” Richard said.

“We used to have all of the animals species, including Clydesdales and Percherons, that had been originally used on the farm,” he said.

Elling Overjorde Tostenson had claimed property in New Sweden Township, Nicollet County, in the early 1860s and had built the original barn in 1876. The Minnesota State Fair’s records show the Farm Bureau Federation designated the Tostenson Brothers Farm as a Century Farm in 2006. The property reached sesquicentennial status in 2018.

“The middle barn was built in the 1870s. Later on, Grandpa attached the milking barn and Dad later added on to the other side,” Richard said. “All three were lost in the fire.”

A cause for the fire has not yet been determined. A damage estimate is not yet available.