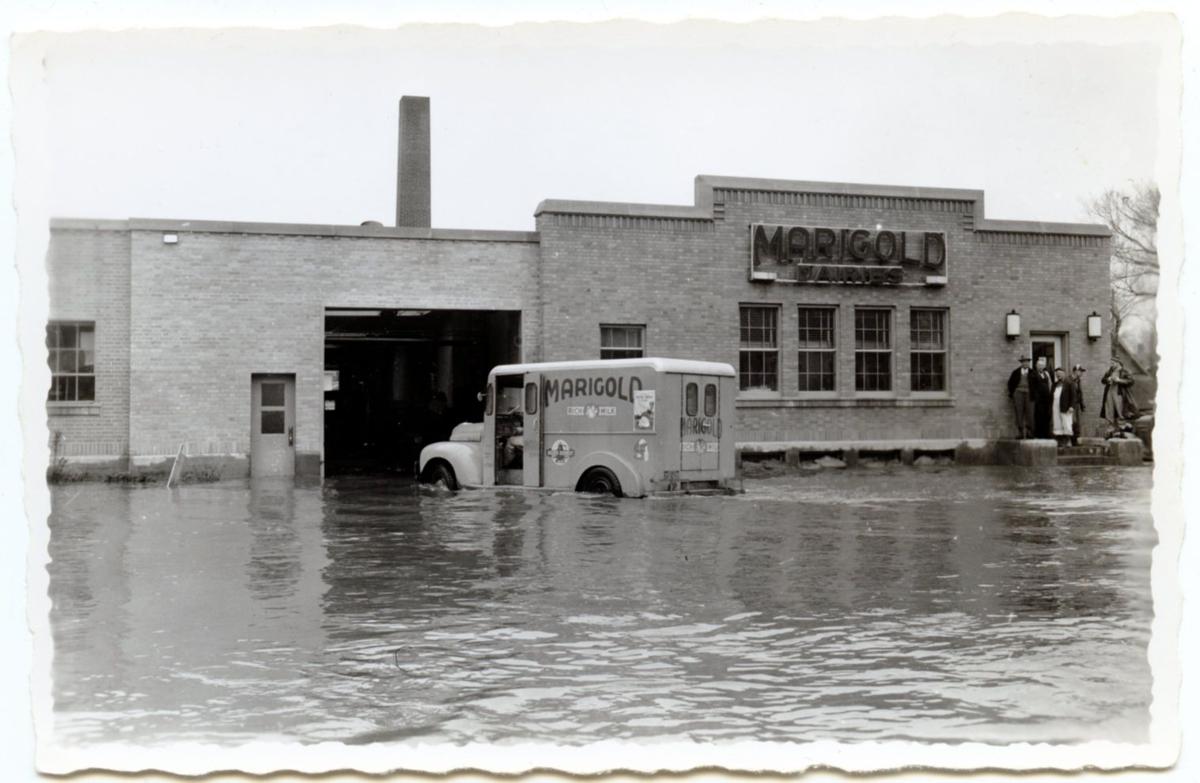 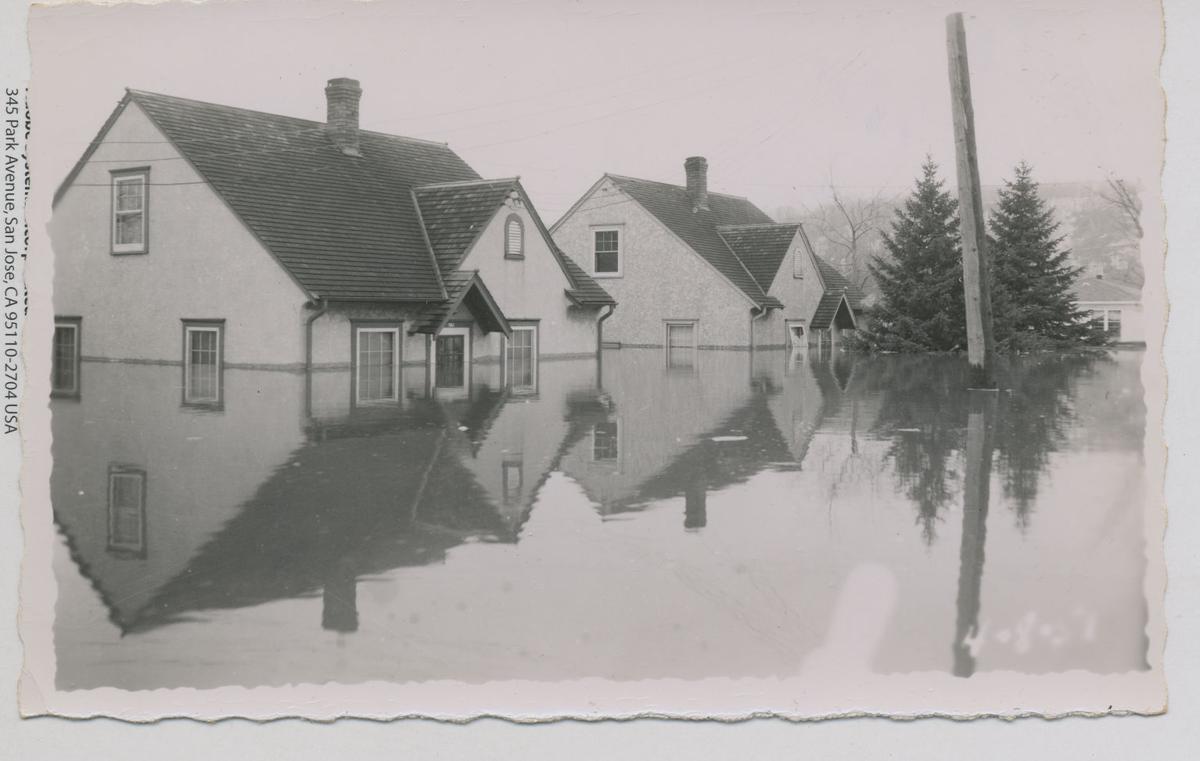 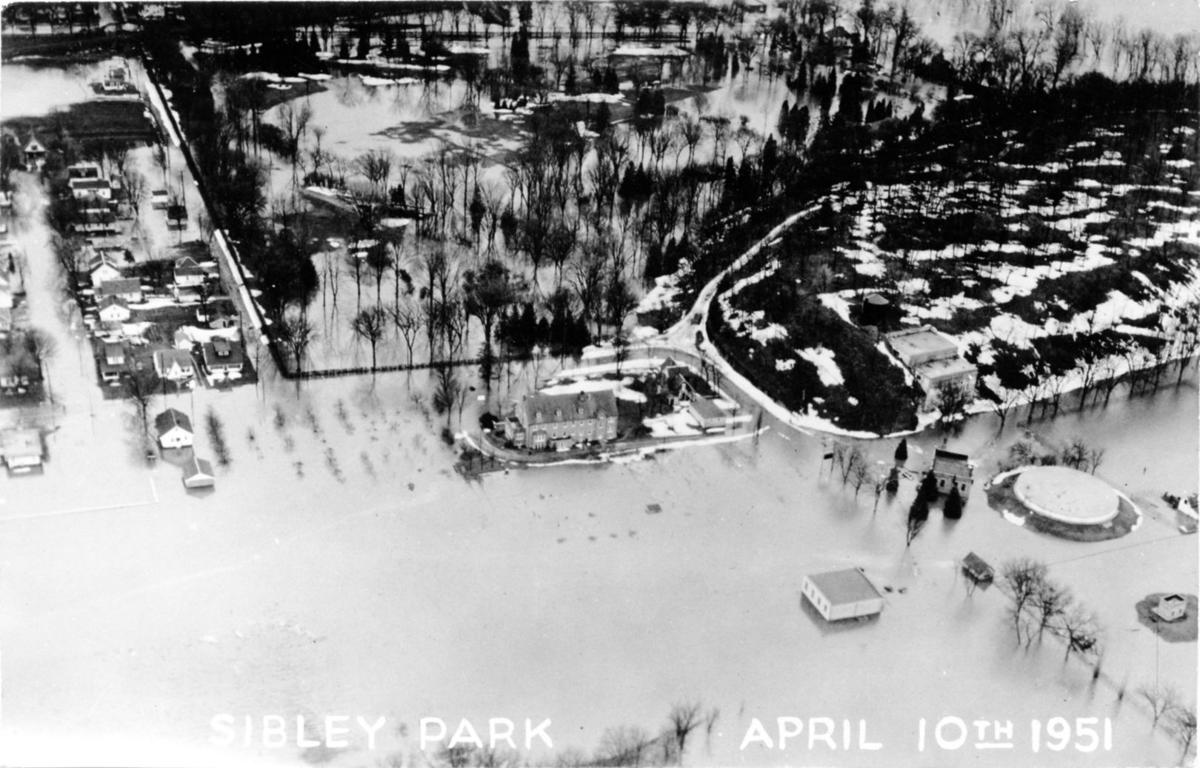 NORTH MANKATO — Rats, thousands of them, were found dead, swept up by the flood.

Scores of homes caved in, their basements crushed by the force of the water pressure. North Mankato streets became “roaring torrents of icy water” measuring 5 to 10 feet in places.

Residents, in an effort to save their dressers, tables and washing machines, stacked them in the first floors of their homes. Many weren't able to return home for a month.

This was the scene in April 1951 in North Mankato. Flooding on the Minnesota and Blue Earth rivers overwhelmed the city's only dike, on Webster Avenue, causing damages of $3 million (about $27 million in 2014 dollars). About 5,000 people were displaced from 1,500 homes in North Mankato, LeHillier and west Mankato.

“North Mankato … today was a fantastic picture of desolation,” Edward Schaefer of the Minneapolis Star wrote on April 9, 1951. “… In nearly every building you could see bedding piled up near the ceiling. Dressers, tables and chairs were stacked high. Numerous marooned automobiles were left in driveways or swept crosswise in the street by the floods.”

Pat Cray of North Mankato was in high school at the time and lived with her family on Grant Avenue. She said her family had to stay out of their house for nearly two weeks.

At the time, girls couldn't wear slacks to school, she said — they had to wear a dress or a skirt. Cray said her mom wouldn't let her and her sister go to school because they didn't have time to get clothing.

Betty Nelson, a Free Press columnist and North Mankato resident at the time, wrote of her experiences in a 1986 column. She recalled a group of neighbors going from house to house, helping move the contents of basements up to first floors. She and her family of six kids, plus the family dog, left their house just after midnight Sunday, April 8, and didn't return for a month.

“Mankato people opened their hearts to us all, and kept their homes open too,” she wrote. “Lifelong friendships were forged — or broken — then by the long, enforced togetherness.”

When she first saw her basement again, it was appalling, she wrote. “Cans of paint and cleaners still bobbed gently against the ceiling rafters of our 10-foot basement; the receding water later left soggy cartons and unrecognizable debris in the muck.”

“If only,” she recalled thinking to herself, “we'd already built the house on our lot in West Mankato ...”

An unusually snowy winter, which included 84 inches of snow, preceded the flooding.

By Wednesday, April 4, the river was at 8.6 feet, according to a history of the flood written by W.T. Wick, who lived in North Mankato. The next morning, it had reached 12 feet. A big ice jam had formed in the river, which had artificially maintained river levels until it was blasted loose Friday afternoon.

“River continued to rise alarmingly for the remainder of the day, and was probably at 21 feet on gauge at darkness," Wick wrote on Friday, April 6.

That day, volunteers and city workers began filling sandbags to add to the dike. More than 700 volunteers worked to keep up with the water's rise, working all night.

Shortly after 8 a.m. Saturday, April 7, Wick went to the dike. “It was still holding,” he wrote, “but everyone knew that if the river rose six inches more it might be rough in a few spots, and if it came up a foot we probably would all be in trouble.”

The water continued to rise that day, about 1 to 1 ½ inches an hour, by Wick's estimate. The evacuation began that night.

At 12:15 a.m. Sunday, a state Guardsman came to Wick's door demanding he and his family leave their home. By Monday only about 100 of the city's 4,792 residents remained in their homes and river levels had reached 26 feet.

“N. Mankato is 'Ghost town,'” the Minneapolis Star wrote as its headline on Monday's front page.

“North Mankato was the scene of house after house caving in Sunday,” a Monday article in The Free Press said. “Pathetic attempts to save precious belongings were visible everywhere. There was everything from washing machines to dogs stranded on the tops of basement homes.”

“The silence in the area was oppressive. It gave the boys the sensation of being in a swamp or bayou. Occasionally the stillness was broken by the mournful howling of a dog marooned on the roof of a basement home or the crash of a home caving in.”

By Wednesday, April 11, the water was down more than half a foot. City officials started allowing more people into North Mankato to retrieve clothing and supplies. State Guardsmen, who had been assigned to the city, were dismissed and returned to their own stations. Hundreds of North Mankato schoolchildren returned to their books in various churches and buildings in Mankato.

By Friday, April 13, the river was at 24.52 feet and the receding water was even more noticeable, according to The Free Press. “Streets and homes once buffeted by water are now nearly dry. In other sectors homes are slowly showing signs of emerging from the icy water's grasp.”

By Sunday the mayor allowed people in certain sections of North Mankato to grab materials.

Wick and his family returned to their home Wednesday, April 25.

North Mankato wasn't about to let the flood damage the town the next year.

Mayor Howard C. Wollam and the North Mankato City Council put a $60,000 bond issue to the voters after the flooding of 1951, which was approved by 97 percent of them.

They built a new dike, at a height of 24 to 26 feet and also installed shut-off valves in all the storm sewers.

In April 1952, however, the flood waters began to gather again, and the city learned the new dike might not be enough. The council skipped technicalities and told two contractors to keep the river out, which they did.