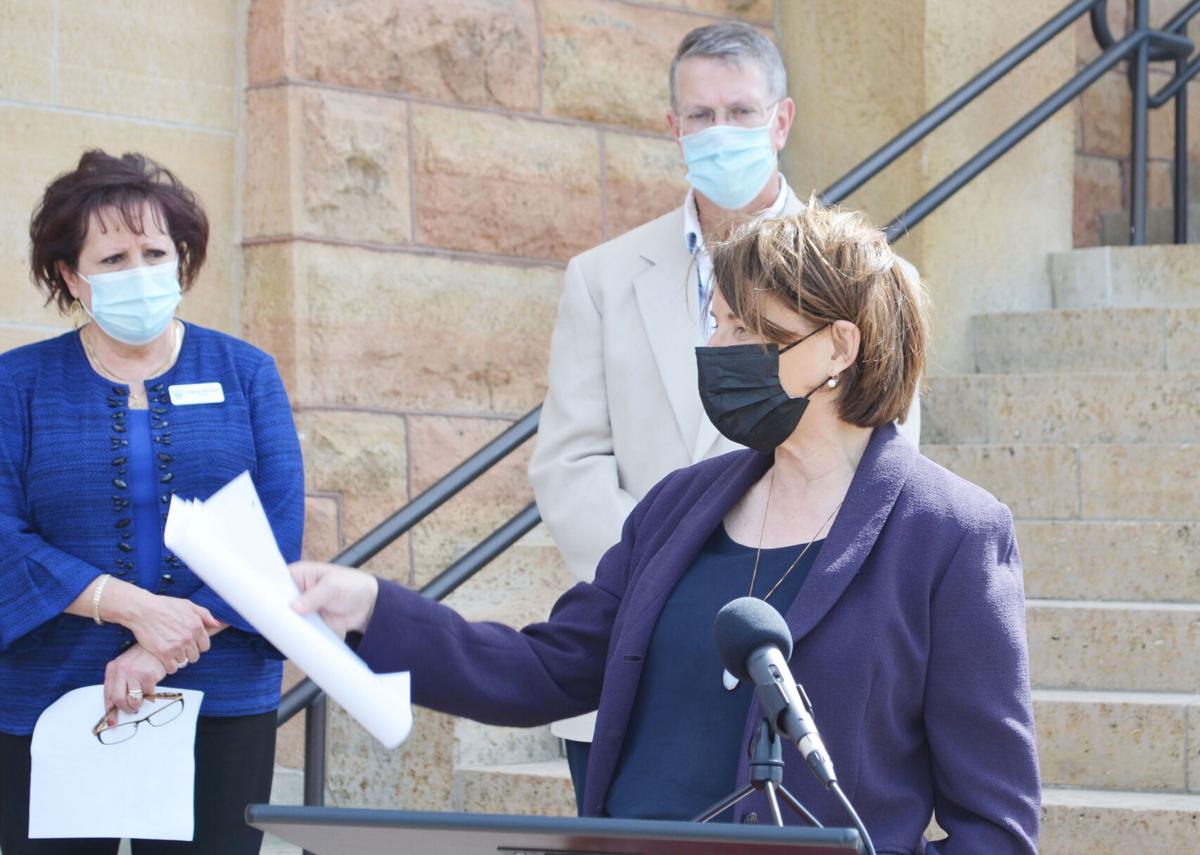 U.S. Sen. Amy Klobuchar talked with Mankato officials during a press conference in Mankato Monday afternoon at the Blue Earth County Historic Courthouse. Klobuchar stopped in Mankato Monday to tout local successes and to urge residents to get vaccinated against COVID-19. 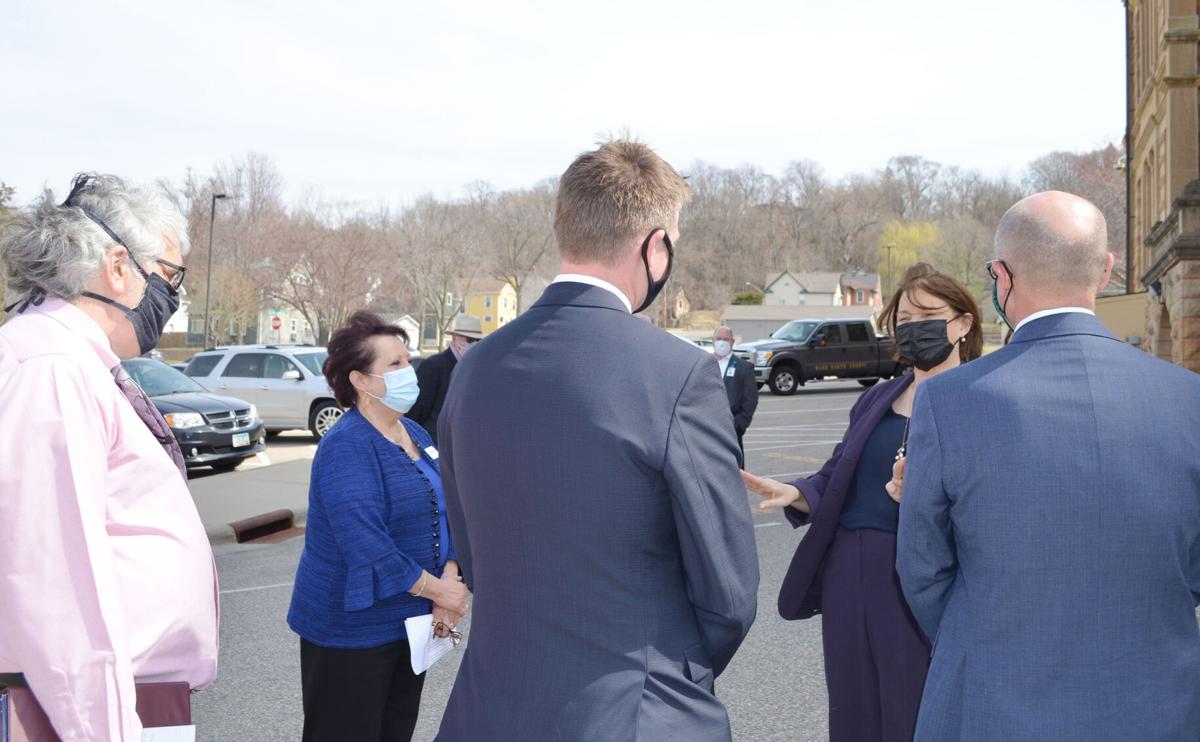 U.S. Sen. Amy Klobuchar talked with Mankato officials during a press conference in Mankato Monday afternoon at the Blue Earth County Historic Courthouse. Klobuchar stopped in Mankato Monday to tout local successes and to urge residents to get vaccinated against COVID-19.

Things may be getting better, but area residents should still be vigilant about COVID-19 precautions and get vaccinated as soon as possible.

“Vaccines are so important right now,” U.S. Sen. Amy Klobuchar said. “We have to get them to small towns in Blue Earth County as well as Mankato.”

Klobuchar was in Mankato Monday to tout local successes due to ongoing federal COVID relief and to address ongoing federal issues. The senator said federal officials were getting better at processing funds to cities, counties and states across the U.S but urged people to get vaccinated as soon as possible.

“We need to get the word out to people of all political parties,” Klobuchar said. “We have to make sure it’s very, very clear that this is something all people should do.”

She also stressed residents who have been vaccinated should continue to follow COVID-related regulations as the state works to stamp out the virus. Klobuchar said she was pleased by Minnesota’s vaccination efforts thus far and was proud Minnesota ranked above average in vaccinations among U.S. states.

“It was slower a bit at the beginning because the work was being done to get the vulnerable populations (vaccinated), but I think in the end it was to our benefit,” Klobuchar said.

Greater Mankato Growth CEO Jessica Beyer said about 2,010 area businesses have received Payroll Protection Plan loans in the past year, 87% of which are small businesses who borrowed less than $150,000. Beyer said the area kept an estimated 22,865 employees — about 40% of the area’s workforce — because of federal aid.

Bruender said Blue Earth County is estimated to get $13.1 million from the second round of federal relief Congress passed in December.

“These funds will provide a critical resource,” Bruender said.

Mankato Mayor Najwa Massad said the city will receive about $9.9 million this spring. Massad said federal officials have yet to stipulate exactly how that money can be used, but city officials would like to see that funding used for businesses, residents, public transportation and infrastructure-related costs, among other things.

North Mankato Mayor Mark Dehen said his city has used federal funding to upgrade the city’s video equipment to bring more meetings online, as well as upgrade some of the city’s infrastructure.

Klobuchar said Congress will continue to work on COVID relief, including ongoing business support and potential federal dollars for summer school programs among other things. She also touted President Joe Biden’s $2.3 trillion infrastructure and jobs plan, which includes $100 billion for broadband projects across the U.S. Klobuchar has championed that broadband request for more than a year.

Biden’s plan faces stiff opposition from GOP senators as much of the proposal is funded through increasing taxes on large corporations, but Democratic senators face complications from within as Sen. Joe Manchin of West Virginia publicly criticized the Biden administration’s efforts Monday morning in an interview with a West Virginia radio station.

Biden told reporters at the White House Monday there was “no evidence” increasing taxes on large corporations would affect the economy as many corporations take advantage of tax loopholes to significantly decrease or eliminate their tax bill altogether each year.