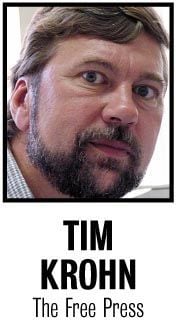 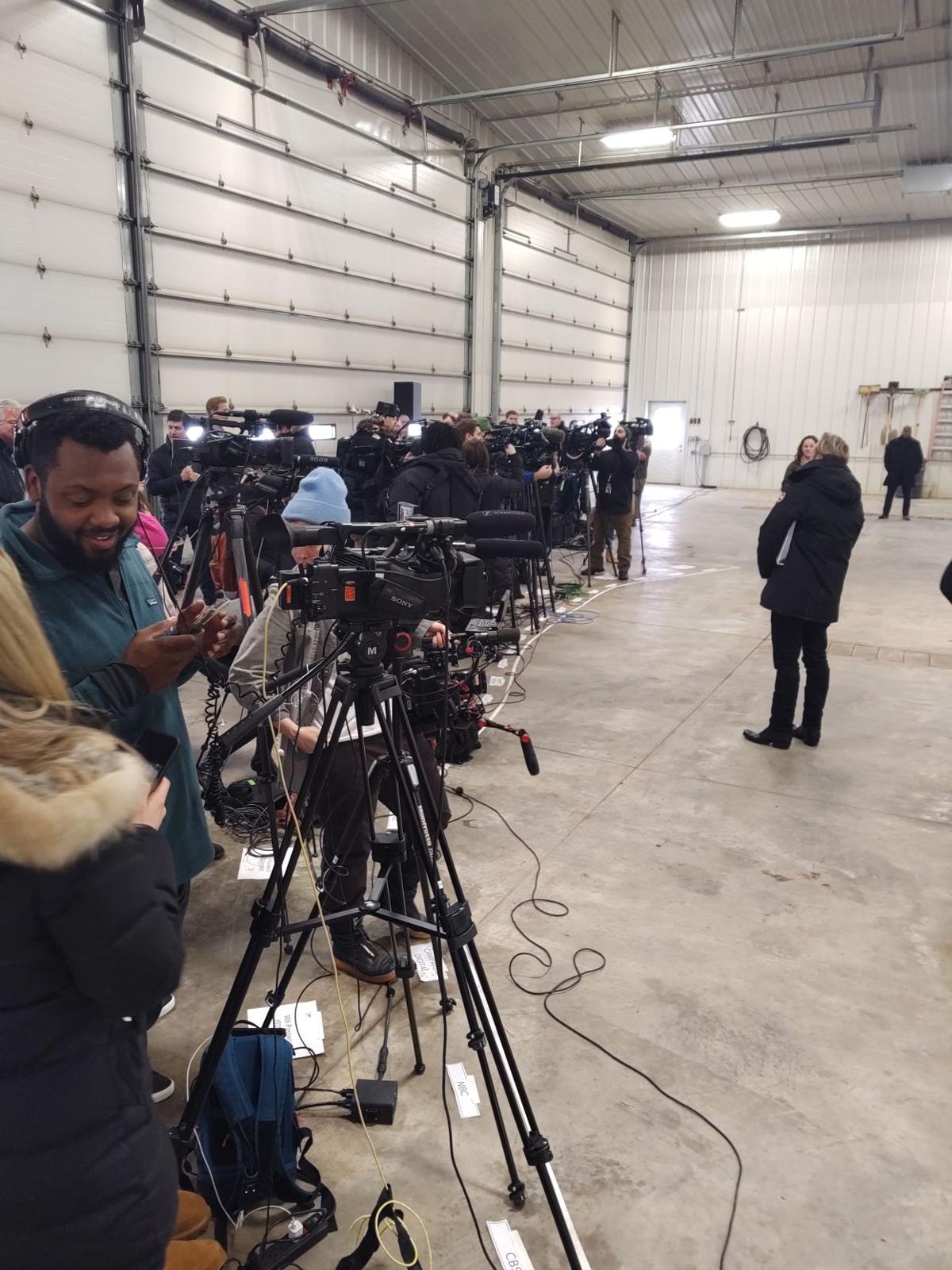 Covering a president or presidential candidate who stops in the area is always a bit unique. It’s certainly a break from the normal county board meetings or area festivals we reporters usually write about.

I covered part of President George W. Bush’s visit to the area in 2004. Such high-level political events are orchestrated with precision. A reporter covering a state legislative campaign can run into a candidate on the street, tag along with them on a parade route and ask them questions, or usually give them a call at home. But at the presidential level the campaign handlers are in total control.

One of Bush’s events was in a large alfalfa field atop a bluff near Le Sueur. I and our photographer had to get Secret Service background checks a couple of weeks before the event to get in. I still remember the security detail being the most impressive part of the day. Local deputies on horseback and foot combed the wooded bluffs around the big field. Secret Service agents were scattered about, some with dogs. A hay rack that had been placed in the middle of the field was filled with several snipers and spotters with high-tech binoculars who were constantly scanning the area.

As is always the case when presidents fly by helicopter, there were a few identical Marine One helicopters that descended onto the field in different areas, one containing Bush, the others simply serving as decoys. We reporters got herded to an area in the middle of the alfalfa field after our bags were checked and we were told to leave bottles of water and other items behind.

In the middle of an otherwise flat, featureless field were several carefully positioned hay bales. Bush walked over, was positioned behind the bales and made a few prepared comments before being hustled off to his next stop at a rock quarry outside of Mankato where he held a rally. The staged hay bale stunt worked like it was supposed to with photos and TV footage showing the president — in blue jeans and a flannel shirt, surrounded by hay bales — looking properly farmer like.

Michael Bloomberg, the former New York mayor and Democratic presidential candidate, didn’t have quite the grand trappings of a sitting president when he visited a farm near Wells on Wednesday, but it was pretty close. Bloomberg is worth $57 billion, so bringing a large contingent of campaign staff along in his private jet is not a problem.

Presidential candidates don’t get the Secret Service, but the security guys he had looked like they could do the job. One barrel-chested guard had a neck thicker than my thigh and his look, as he scanned his surroundings, told you he didn’t trust anyone.

All the area media and Twin Cities reporters came to the event, but it was the large contingent of national media that follows Bloomberg to every event, every day that means the most to the campaign. About 30 reporters, photographers and videographers arrived in large black limo vans, representing everyone from the New York Times and Washington Post, to all the networks and FOX, CNN and Inside Edition.

Bloomberg’s crew had the camera people stand outside in a certain spot and told them exactly where Bloomberg and the farm family would walk around the farm yard, strategically passing by large steel grain bins to provide a nice backdrop for the photos and video. The mayor and farm family walked through on cue and everyone got their shot.

Then all the camera people went into the big machine shed, with each news outlet setting up its camera in a designated spot behind a white line taped to the floor. The campaign had a soundboard set up, something like you see at a concert, so each camera operator could tap into the system and get nice, clear audio from the mics clipped to Bloomberg and the farm family standing a ways off around one of those big wooden spools that held cable, turned on its side to create the rustic “roundtable” for the “roundtable talk” Bloomberg would have with the family.

Behind the table were three pieces of large, shiny machinery inside an unnaturally clean machine shed. I’m sure the Darin Johnson family spent a few long days getting their shop and machinery cleaner than it’s ever been.

After a half hour, as Bloomberg’s crew made sure every camera person had good sound and camera angles, they signaled for Bloomberg and the family to come from an adjoining room. They spent about 15 minutes around the table talking about modern farming and farm issues. Then it was over, the media getting the farm shots and sound clips of Bloomberg.

The local media got shooed away at that point, but the traveling national press got some extra time to do some one-on-one video and interview spots with the mayor around the farm. The media outlets with millions of viewers and readers get some perks we local scribes don’t get.

The well-managed campaign stop was interesting to watch. But after the long event was over, it didn’t feel a lot like any of us did much solid journalism.