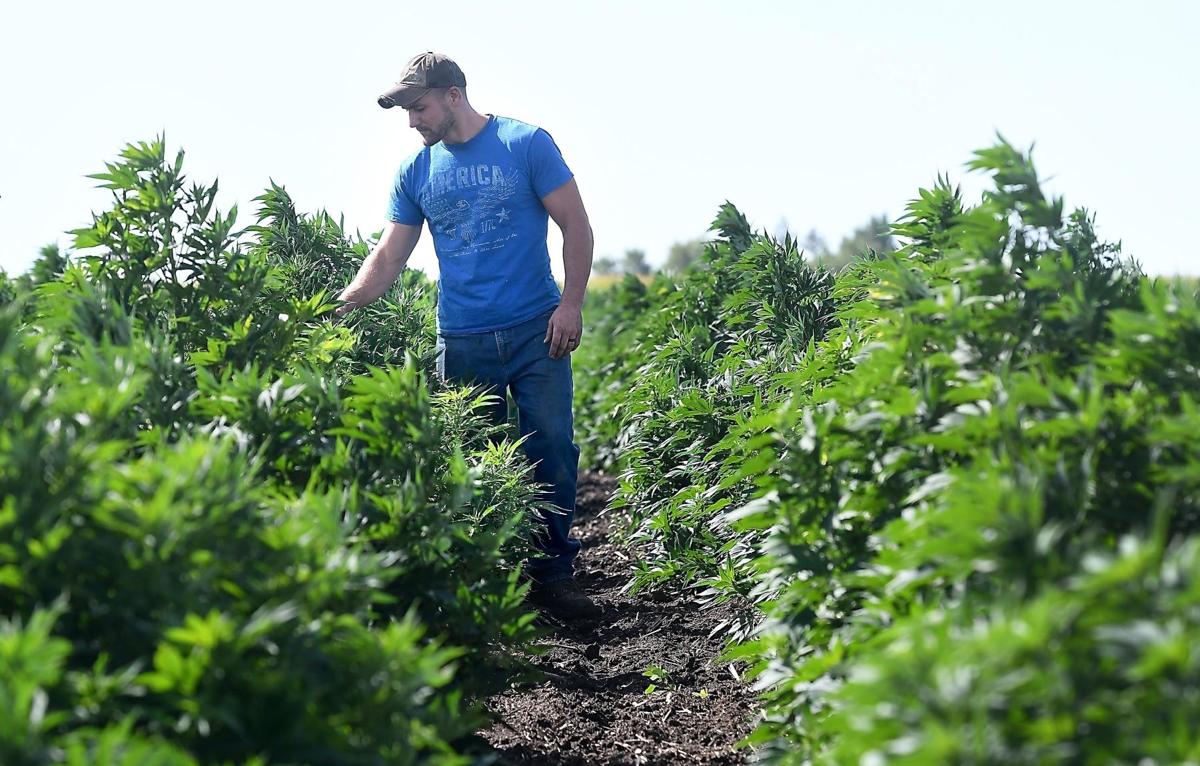 Ryan Sieberg is growing hemp plants this year for use in CBD oil. 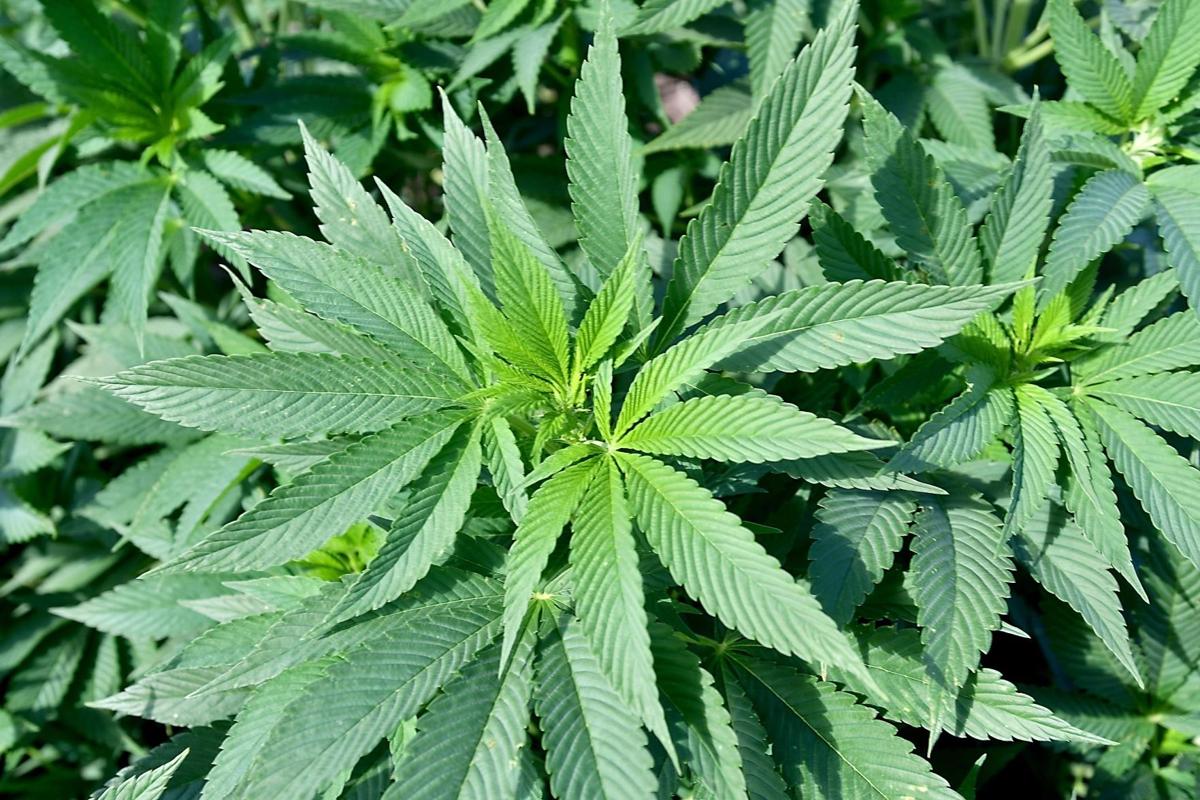 Hemp plants that were nearing maturity this fall at Ryan Sieberg’s farm near Madison Lake. 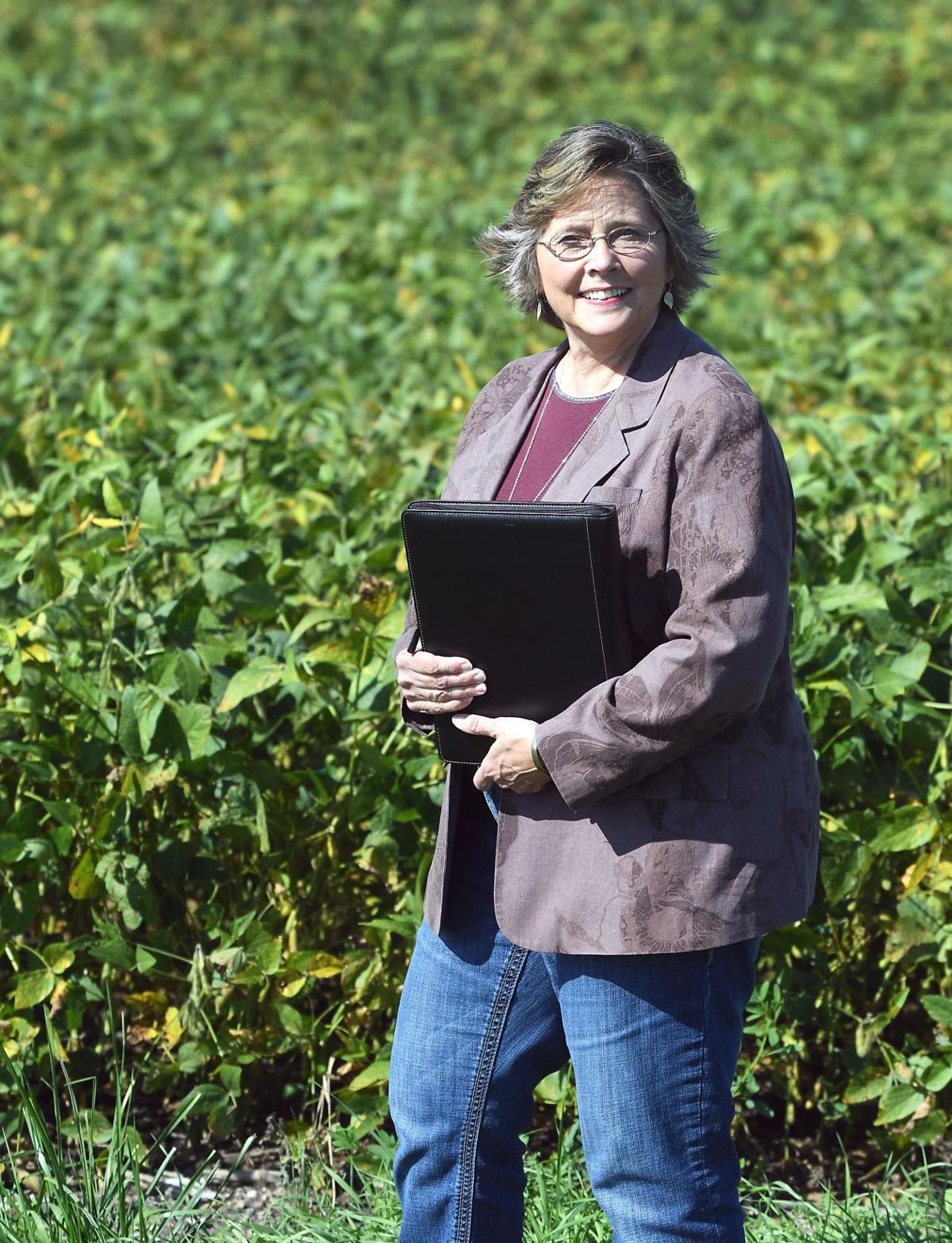 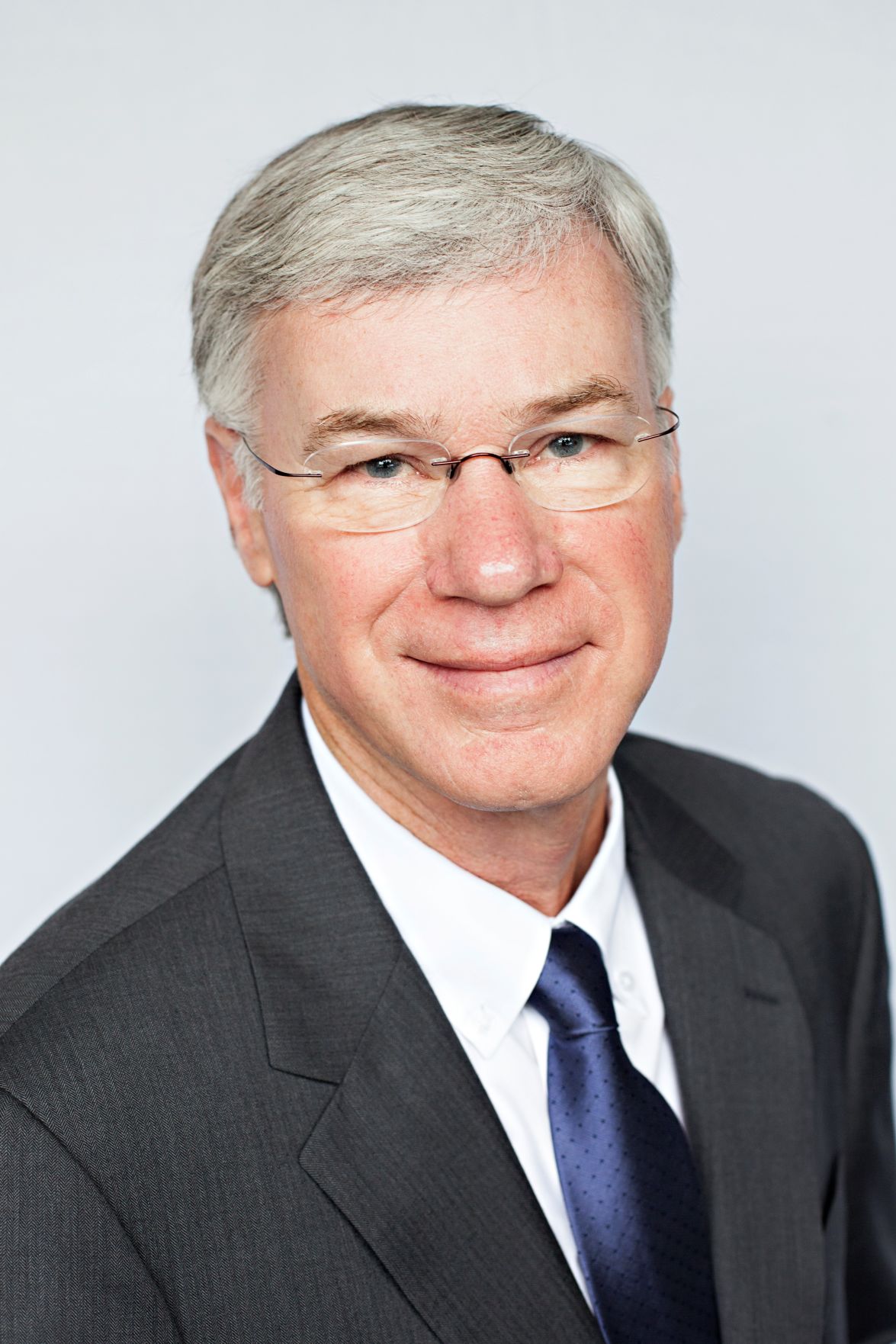 Ryan Sieberg is growing hemp plants this year for use in CBD oil.

Hemp plants that were nearing maturity this fall at Ryan Sieberg’s farm near Madison Lake.

Farming had a year rich with twists and turns, from rain-delayed planting and tariffs to low commodity prices and an uncertain harvest outcome.

“The big thing is the trade war with China.

“There’s a lot of nervousness of when that will get settled. Farmers are just trying to find a way to survive and hoping that gets settled.”

Terri Jensen, an accredited land consultant with Realtors Land Institute, said farm land for sale dried up at the start of the year but ticked up later.

“The year started slow and not very optimistic from people who own land. What we’re seeing now is a little more optimism in the market and those who were sitting on the fence are looking at selling.”

Sam Ziegler, head of GreenSeam, said his group is trying to get a better handle on the exact state of agribusiness in south central Minnesota during these uncertain times.

“We’re doing a State of Agriculture survey, like the State of Manufacturing report,” he said.

“We’re trying to get something to measure and track. The problem is what the state tracks, a lot of businesses they track aren’t listed as ag but they do a lot of ag-related business.”

“The biggest question is profitability. It’s a completely new crop and we don’t know what or how it’s yielding. We just hope it pays for all the work going into it.”

Matt Little, co-owner Midwest Hemp Farms in Waseca, will take in the hemp coming from 44 farmers they have contracted with. The farmers planted 700 acres of hemp.

Since the last Farm Bill cleared the way for farmers to again legally grow hemp, the emerging industry has exploded.

CBD oil, extracted from hemp plants and used by people to ease a variety of ailments, has exploded in sales in the last couple of years.

Little and his partners opened Midwest Hemp Farms and set up the infrastructure to extract the oil, which does not contain the ingredient in cannabis that makes people high.

They are based in part of the former Brown Printing plant in Waseca.

To formulate the finished oil they teamed up with a California business.

“You need level six clean rooms that we don’t have. We send them the refined oil and they have the chemists and people to put it in the end product.”

But Little hopes that by next year the California group will have finished a 100,000 square foot facility attached to the Midwest Hemp facility in Waseca, operating under the name Midwest Extraction Services.

He said that when Midwest Extraction is up and running it could add 200 to 300 jobs.

“It’s essentially a co-op, kind of like the sugar beet farmer did. Farmers got together and grew collectively to be able to compete.”

He said many of the farmers hired migrant workers to do weeding in the hemp fields, as chemicals can’t be used in the organic crops.

Sieberg and family members have hoed the weeds from their 20 acres by hand.

“It’s very labor intensive. We used a three-row cultivator between the rows until the plants got too big and we’ve hoed the entire fields eight or nine times.”

He ordered 35,000 seeds and hemp “clones” to plant last spring. The clones are clippings from a mother plant that grow roots and are planted. “The clones are two or three weeks ahead of the plants from seed.”

Sieberg said the hemp plants didn’t like the extra rain received this year. “The root stability wasn’t as good as we wanted to see and we lost some in the wind.”

The price he gets for his crop is based on poundage and he’s had no way to guess how well his hemp will produce.

“There’s a lot of questions that won’t be answered until the end of the first year.”

Jensen said that while listings of farm land have seen an increase as the year went on, demand still far outstrips the offerings.

“People were calling looking to buy this spring and there was nothing listed in some counties. I was calling people asking if they were considering selling,” she said.

“I had a farmer who has a son coming into the business so he needs maybe another 2,000 to 2,500 acres, which is about what it takes per person if you want to be successful and not work off the farm. But there was no inventory.”

More recently land has sold for about $7,000 and she estimates there will be about 40 farmland transactions in Blue Earth County by the end of the year.

Jensen said low interest rates are helping fuel some of the demand as is “1031” buyers.

Section 1031 of the IRS code allows investors who sell valuable land for things like commercial or residential development to defer capital gains taxes by purchasing farmland or other vacant land.

She said uncertainty in the stock market has also led some investors to buy farmland rather than invest in the market.

Ziegler said the survey they sent to those in agribusiness asked a variety of questions about issues affecting their business, from government regulations and policy to workforce housing and the labor pool.

They also surveyed college students to see how they view ag careers.

GreenSeam is part of Greater Mankato Growth and aims to assist existing agribusinesses and attract more.

“Mankato hasn’t had one in 25 years and now has one. JWP didn’t have one and now does. Waseca added a second one and Lake Crystal added a second one. St. Peter and Maple River, they’ve had two for a number of years.”

Minnesota State University also has added an ag-related minor. And South Central College has a variety of ag-related courses.

He said the MSU engineering department for the first time took part in a competition where students built an operational mini-tractor from scratch.

Part of GreenSeam’s effort is to get the message out to high school and college students that there are a wide variety of careers in agribusiness.

“We’re trying to figure how to get out more and highlight our really cool, innovative agribusiness, technology, manufacturing and other careers,” Ziegler said.

Wertish said that beyond tariffs, low commodity prices and an uncertain harvest after this rainy year, the loss of ethanol markets is a huge concern for farmers.

The Trump administration has given waivers to more oil refineries allowing them to not blend ethanol into the gasoline the refine. The 31 waivers the administration approved has translate into 300 million bushels of lost corn demand.

“The refinery waivers are a big concern because it’s taken away a lot of corn in the fuel system.”

He said that will add more downward pressure on corn prices as there is already a global abundance of corn.

The other big issue for farmers is health care.

“We’d like something to happen at the federal level but that’s so paralyzed they can’t do anything, so we encourage the state to do something. The state is more flexible so they can try things and adjust them.

“One of the highest cause of bankruptcies is the health care costs, for farmers or other consumers,” he said.

“We need to try things that make a difference and help. It’s time to stop criticizing everything and time to work together.”