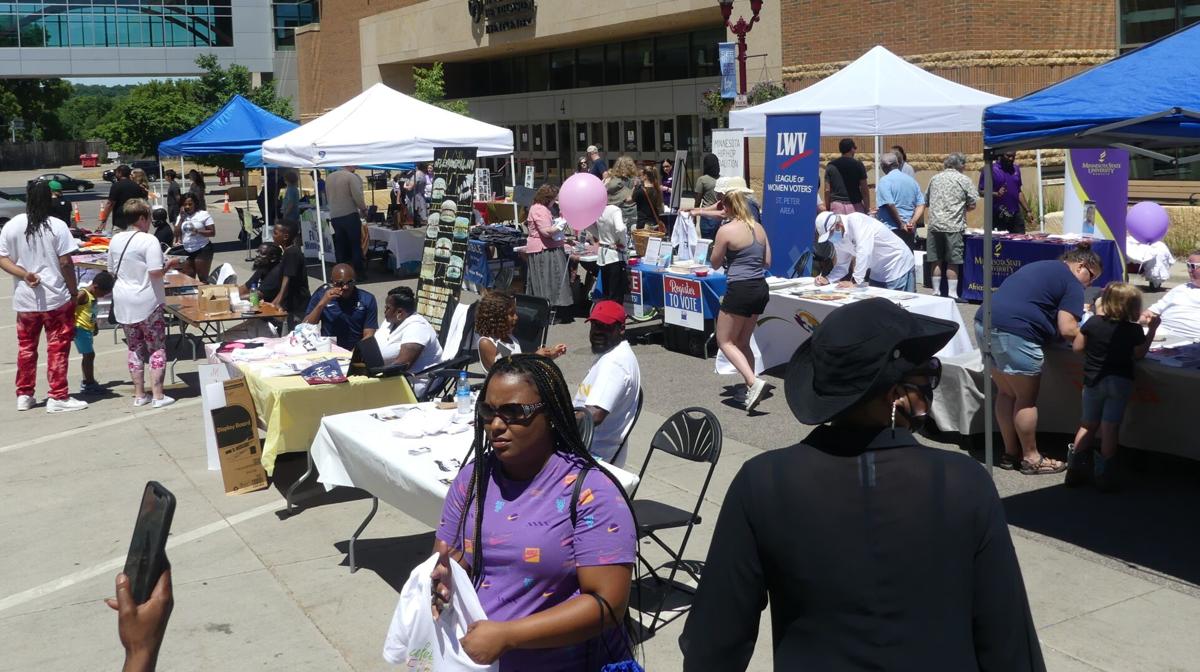 A variety of vendors set up at the Juneteenth celebration in downtown Mankato Saturday. This year’s event focused on Black-owned businesses. 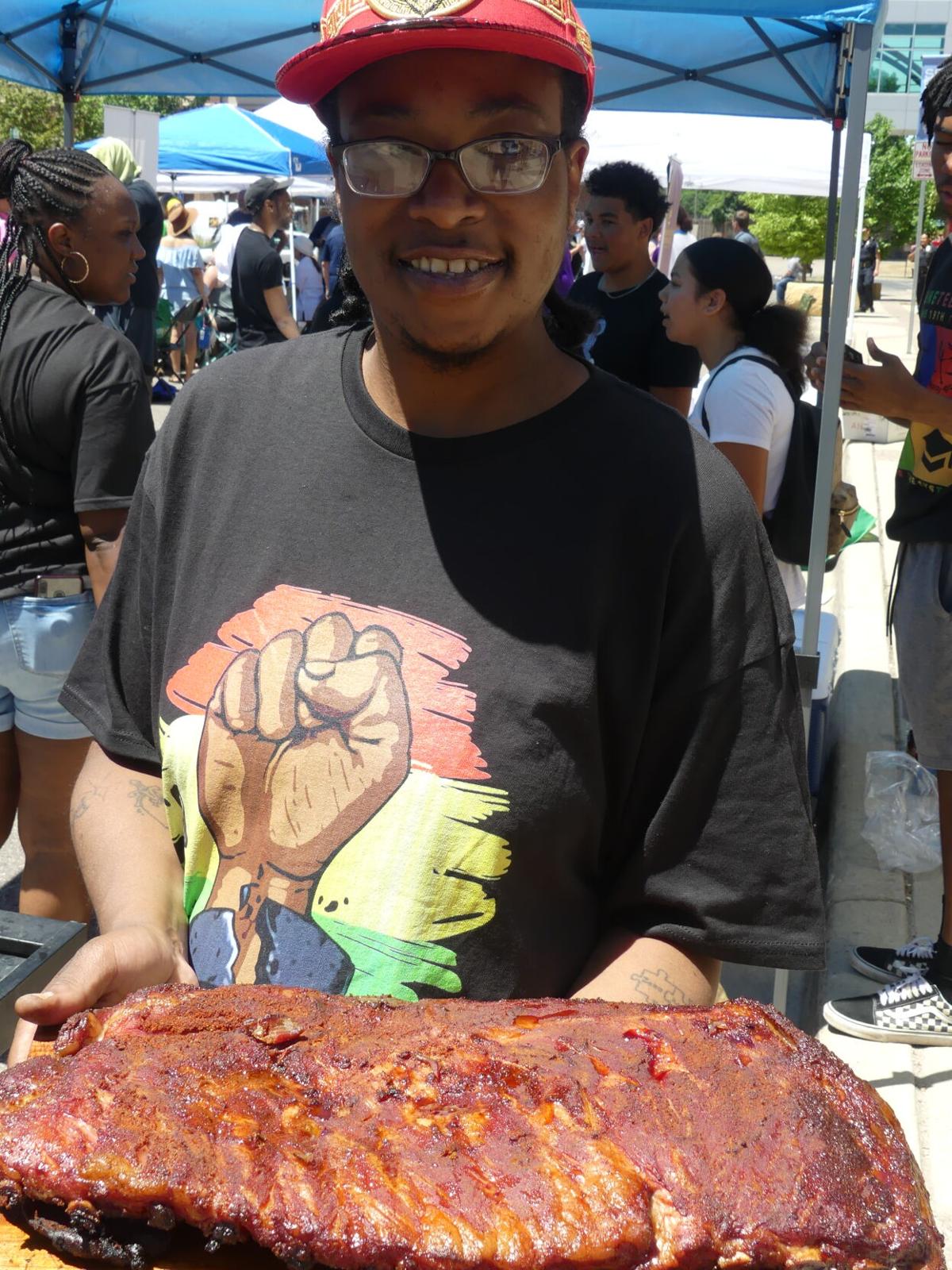 Kelly Chambliss of Zoe’s Fixin’s served up rib samples at the Juneteenth celebration in downtown Mankato. He caters and sells rubs and sauces. Saturday’s event focused on Black-owned businesses. 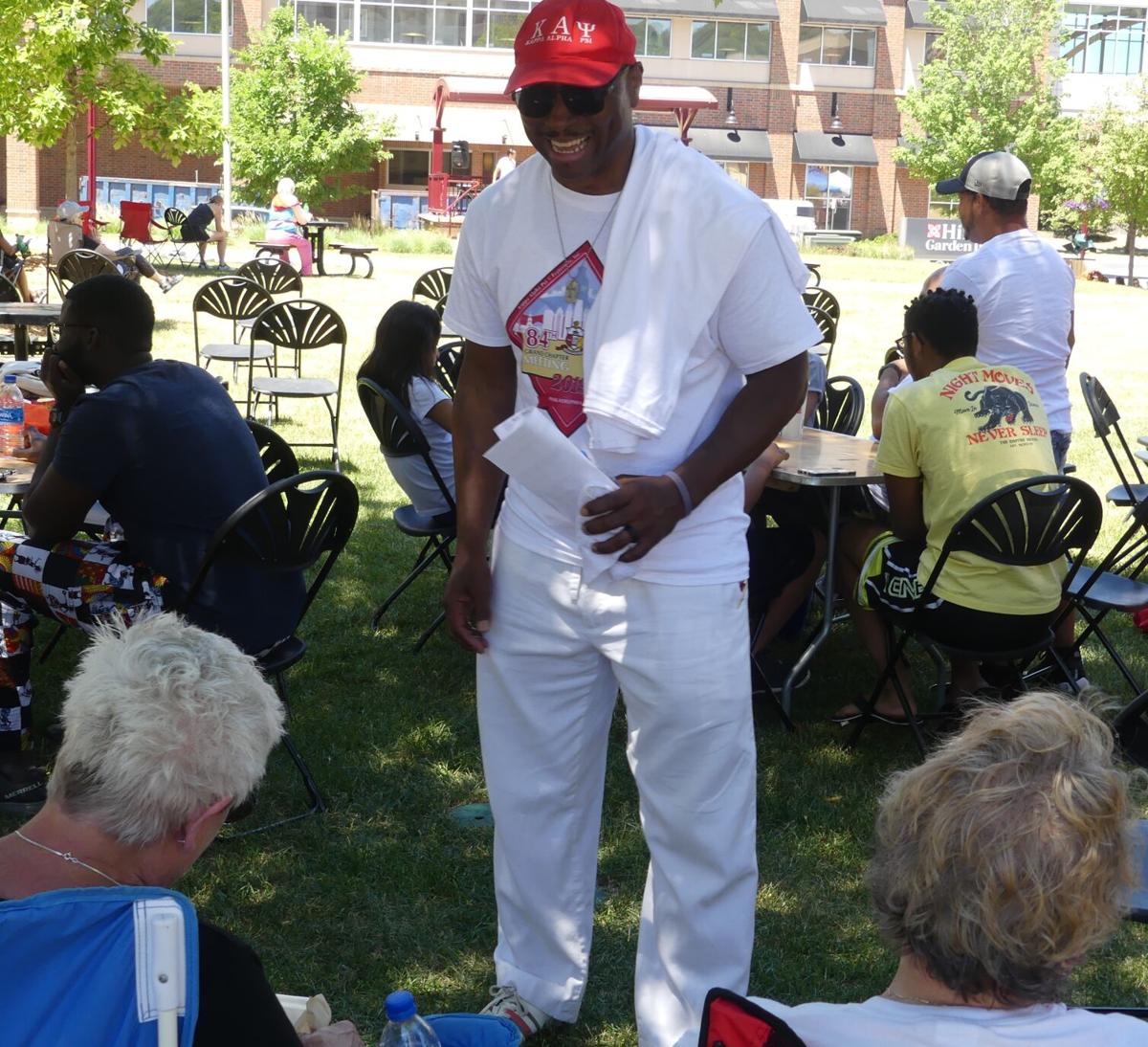 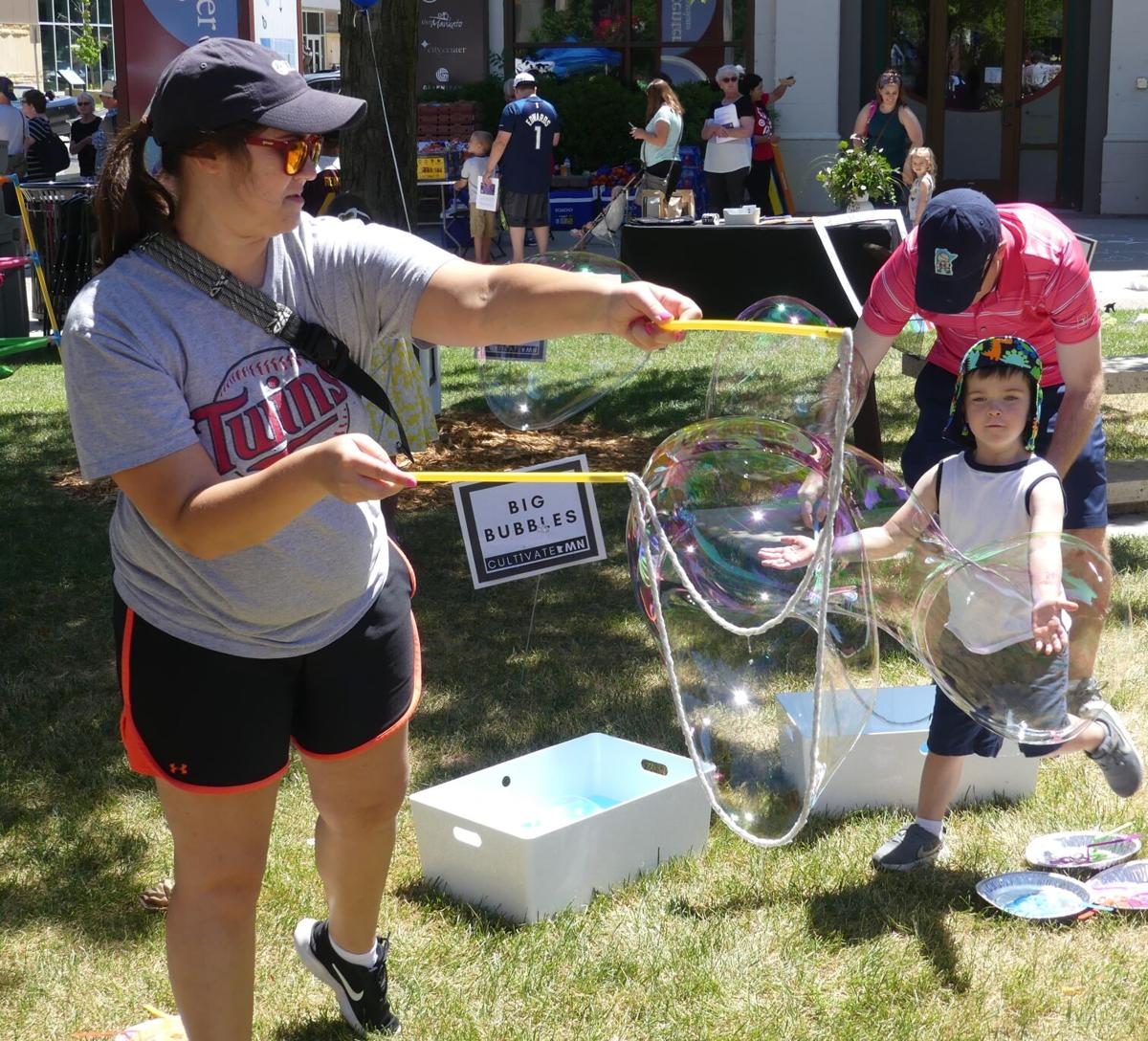 A variety of vendors set up at the Juneteenth celebration in downtown Mankato Saturday. This year’s event focused on Black-owned businesses.

Kelly Chambliss of Zoe’s Fixin’s served up rib samples at the Juneteenth celebration in downtown Mankato. He caters and sells rubs and sauces. Saturday’s event focused on Black-owned businesses.

Juneteenth commemorates June 19, 1865, when Union soldiers brought the news of freedom to enslaved Black people in Galveston, Texas — two months after the Confederacy had surrendered. That was also about 2 1/2 years after the Emancipation Proclamation freed slaves in the Southern states.

Edwards noted that the 155 years since represents just a few generations. “It wasn’t that long ago. My great-great grandparents were teens when the Emancipation Proclamation was signed.”

Edwards said it was exciting to see the day become a national holiday. “I was proud to tell my staff we’re closing City Hall and taking the day off (Friday) for Juneteenth.”

But some at the event said that while they hope the national designation may give more people awareness of the history of slavery, they are also skeptical of why it was overwhelmingly passed by Congress.

“I don’t think they need to make it a national holiday to validate it. It’s always been a special day,” said KPW, a hip hop artist who was also selling his self-designed sweatshirts and T-shirts.

He believes Congress wanted to make a politically helpful and symbolic statement with the holiday vote, but said only continued progress toward real change and inclusion matters. “If things don’t really change then a holiday doesn’t mean anything.” Still, he said he hopes the designation will at least bring more awareness about Juneteenth and the history of slavery.

KPW performed at Saturday’s event and he sold his “Pro-Signature” shirts, each of which he designed with a stylized version of his profile on the front and his signature on the back.

This year’s fourth annual Juneteenth event in Mankato focused on Black-owned businesses with a number of vendors set up on the street next to the civic center.

Kelly Chambliss was surrounded by family members at his Zoe’s Fixin’s booth, where he offered pork rib samples and sold his rib rubs and sauces.

“It’s a passion project,” Chambliss said of his business. He started it five years ago after his 3 1/2 year old daughter Zoe died. All of the homemade sauces and seasoning rubs he creates and sells are named after a family member or loved one. One is named after a white police officer the family knows in Chicago who they say focuses on bridging the divide between the police and Black community.

“It’s a love project,” he said of the business. He caters events and sells his sauces and rubs online (Zoe’s Fixin’s on Facebook and Instagram).

“I ship things out to people. Now I’m trying to figure out a way to ship ribs because everybody is always asking to get them.”

Originally from Chicago, Chambliss has lived in Mankato since 2013. “I love this town. Being able to bring this kind of food here is wonderful.”

Yvette Monique Anthony had a booth for her Monique Hair Company, where she displayed a variety of hair braids, eyelashes and other items.

“I’m known for braiding hair and wigs and bundles.” She used to have a small shop but now works out of her home. She said using her middle name for her business grew out of practicality. “People couldn’t say Yvette right, so I went with Monique.”

The celebration was hosted by the Greater Mankato Diversity Council in partnership with The Minnesota Hip Hop Coalition and the Mankato Area Foundation.