In-depth: Rural counties gaining back the 30-49… 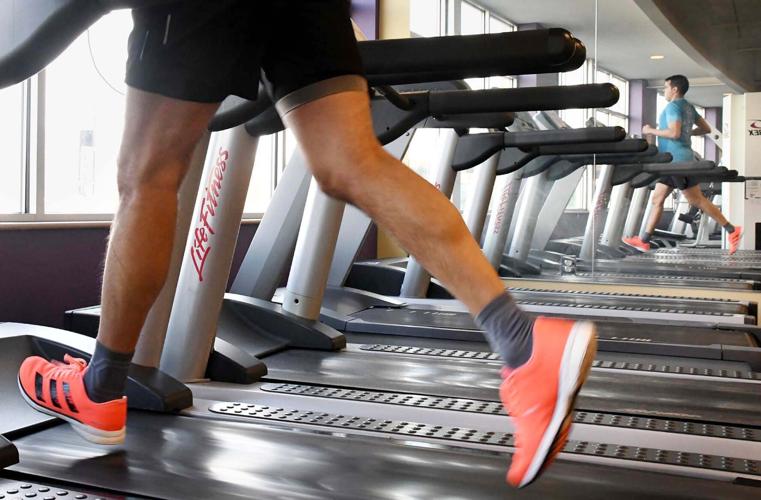 YMCA Aquatics Director Jose Rosales Yepez, reflected in a nearby mirror, logs miles on a treadmill at the fitness facility. The Y and other gyms will be closing for at least four weeks under the governor’s newest order. 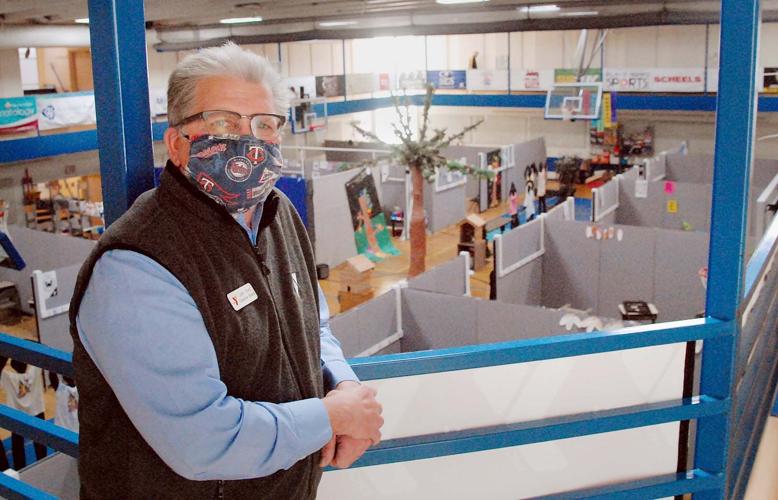 John Kind, executive director of the YMCA, in the refurbished Blue Gym where students now come to do their distance learning.

YMCA Aquatics Director Jose Rosales Yepez, reflected in a nearby mirror, logs miles on a treadmill at the fitness facility. The Y and other gyms will be closing for at least four weeks under the governor’s newest order.

John Kind, executive director of the YMCA, in the refurbished Blue Gym where students now come to do their distance learning.

Owners of local bars, restaurants and fitness clubs are resigned, frustrated and fearful about another shutdown of their businesses.

“It’s not like it’s been great since we’ve been allowed to be reopen, but it was better than being closed. After three months of being closed and then opening, you worry that now it’ll be another three months,” said Chad Ziemke of Fitness for $10 in Mankato.

The new restrictions on fitness centers, bars and restaurants are to start Friday, as well as ordering a pause to youth sports as COVID-19 cases surge across the state.

Restaurants will be able to continue take-out and curbside service.

Steve Wegman, owner of Weggy’s On Campus and The 507 in downtown Mankato, said the news was expected after state officials sounded the alarm about the spike in COVID cases threatening to overwhelm hospitals. But the news was still a kick in the gut for business owners who’ve struggled through eight months of closures and reduced-capacity restrictions.

“We have staff we have to let go Friday night and it’s a month before Christmas. There’s no extra $600 for unemployment anymore so now they’re really in a pickle.”

Wegman said he’s upset that Congress is “playing games” rather than pass another relief bill to help businesses and employees and that the Legislature has not provided financial assistance for those in the hospitality and leisure industry that have been hit harder than most any sector.

He said Walz says the hospitality business has gone above and beyond to help slow the spread of COVID and has been hurt the worst by restrictions, and that Minnesotans look out for each other.

“That’s a great cover line, but for the next month I still have to pay property taxes and my Consolidated Communications bill and rent. He’s not coming out with any help for us, and Washington’s just playing games.

“No one in the Legislature is saying we need help. There’s nothing.”

Wegman fears many owners in the industry won’t survive. “If your cable bill is $500 a month, you spent $4,000 so far just on that. You’ve had 50% capacity, but you can’t cut the heat or air conditioning in half. You owe the rent and taxes. Talking to other owners, that’s where they’re getting into trouble.”

He said that when he’s forced to return to take-out only, his business will be down at least 50%.

Still, Wegman tries to stay positive and refers to a saying he once heard: Where entrepreneurs step up is when it gets tough. “We keep trying new things and see what sticks to the wall. We’re doing what we can.”

Tony Chesak, executive director of the Minnesota Licensed Beverage Association, issued a statement saying the news was “heartbreaking” for an industry that “is still barely afloat.”

He said the impact will be devastating. “It will most certainly mean significant increased unemployment and further permanent loss of our bars and restaurants across Minnesota.”

Chesak said ordering the closure in just a few days will also result in unused inventory left to perish.

“Bars and restaurant leaders and staff are heading into a bleak holiday season with little to no support from our elected leaders. The state and federal government both need to take steps to aid employees and the hospitality industry with relaxed regulations, direct financial support, unemployment assistance, and loans to get through this dark winter.”

He encourages people to support small businesses by purchasing take-out and gift cards whenever possible.

John Kind, head of the YMCA, said the news was expected. “If you look at the numbers, they’re bad. I’m glad we’re doing something, but it’s really difficult. I feel sorry for our members. Part of staying healthy is being able to work out.”

He said they’ve worked hard to keep people safe, including following the 25% capacity cap. Members have had to make an appointment before they come into the Y.

Kind said that during the first shutdown they were able to keep full-time staff employed by using the federal Payroll Protection Program and their part-time staff was able to tap the $600 a week added benefit for unemployment. Both those programs are no longer available, and Congress hasn’t been able to negotiate a new relief package.

Like Wegman and other local business leaders, Kind expects the shutdown will last beyond four weeks.

“I’m hopeful this will be successful and the (COVID) numbers will come down. But four weeks is Dec. 17, and then you’re going to have everyone getting together for Christmas after that. So I think the number will have to be pretty good to not continue (with the shutdown).”

While the pools and fitness facilities will be closed, the Y will still operate children’s programing during the shutdown, something the state has encouraged to help alleviate the problem of parents without day care.

The Y hosts a place where kids can come and do their distance learning from their schools. They’ve had a small contingent of kids coming for a few months, mostly children of essential workers including health-care workers and local government employees. Now they’re expanding the program and have 60 more kids signed up for distance learning from the Y. Kind expects that number will rise to 100 or more as the program is opened up to the general public.

The distance learning students come at 7:30 a.m. and are there until 2:30 p.m. But the Y also offers extended care to keep the kids until 5:30 p.m. for parents who work until 5.

They have put dividers in the Blue Gym to hold groups of six students each to do distance learning and they use other rooms in the building for classrooms. But Kind said the issue for him will be whether he can get enough staff to help the kids.

“A lot of our staff is college students, and they’re not sure what they’re going to be doing next either.”

Ziemke said Fitness for $10, like most of the centers in town, are locally owned and the shutdown will hit many hard.

“We have 30 employees. I feel for them and for all the gyms.”

He said the PPP and added unemployment benefits helped their employees through the first shutdown. “But that’s gone now.”

Ziemke said that they didn’t bill anyone during the last shutdown.

“Our members appreciated it. It was the fair thing to do, but it hurts. Going into it again, oh, goodness.”

He expects the closure to last more than a month and worries it could extend into January, traditionally the biggest month for new memberships at most fitness centers.

“January sets the pace for the whole year, so if we’re still closed in January, I don’t know what it will mean.”

Gov. Tim Walz talks about new restrictions on bars, restaurants, gyms and other places to stop the spread of COVID-19.

A year of COVID-19: A timeline of a pandemic