The Red Jacket Trestle is one of the major features of the Mankato-area trail system that may soon be designated as a regional trail and become eligible for millions of dollars in Legacy Act funding. 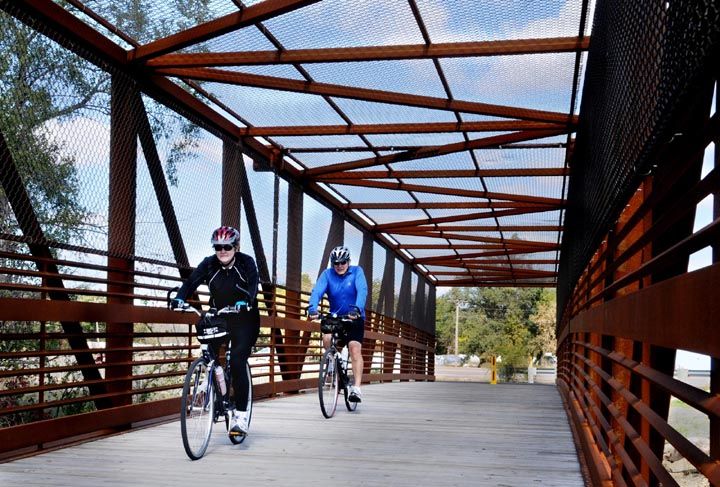 Bicyclists enjoy the new Minneopa Park Trail during its 2014 grand opening. The trail is among those included in the ‘Greater Mankato River Valley Trail Master Plan,’ which the public is being asked to comment on. 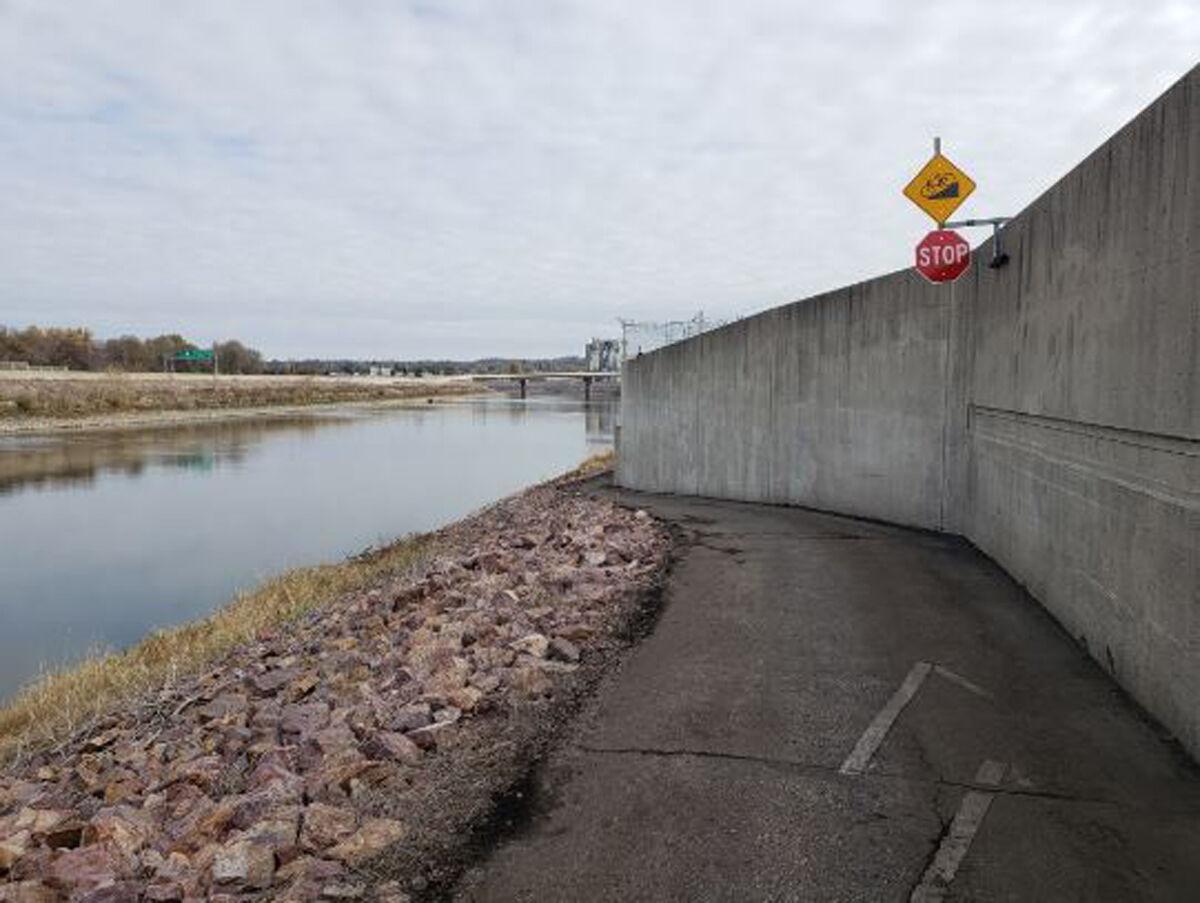 The Red Jacket Trestle is one of the major features of the Mankato-area trail system that may soon be designated as a regional trail and become eligible for millions of dollars in Legacy Act funding.

Bicyclists enjoy the new Minneopa Park Trail during its 2014 grand opening. The trail is among those included in the ‘Greater Mankato River Valley Trail Master Plan,’ which the public is being asked to comment on.

MANKATO — The combined Blue Earth County and city of Mankato bike trail system appears to be on the verge of being granted “regional trail status,” a designation that would unlock millions of dollars in state funding for future fixes and improvements to area paths.

In what might be the final step to gaining access to Legacy Act grants, the county and city are writing the “Greater Mankato River Valley Trail Master Plan” covering the county-owned Red Jacket, South Route and Minneopa trails and the city-owned West Mankato and North Minnesota River trails. Public input is being sought on the trails through the end of the month with hopes of presenting the final plan to the Greater Minnesota Regional Parks and Trails Commission by early spring.

If the commission accepts the plan, the local trail system would be eligible for future grants from the statewide Legacy Act sales tax divvied up by the commission. The Greater Mankato River Valley Trail would be the first trail in the immediate area to receive the designation, which is a requirement for eligibility for the sales tax grants.

The amount of money available for regional parks outside the Twin Cities metro area is significant. The commission’s recommended allocation for fiscal year 2021 was just under $10 million. The smallest grant, for a regional trail in Wright County, was $400,000, and the largest, for an Olmsted County park west of Rochester, topped $2.1 million.

Although there are 62 regional parks and trails across Minnesota, the only park with the designation in the nine-county region surrounding Mankato is Le Sueur County’s Lake Washington Regional Park. The next closest are in McLeod County, Austin and Redwood Falls, meaning south-central Minnesota has been largely devoid of official regional parks compared to other parts of Minnesota.

“It certainly seems like we’re building a strong case, and they’ve been very supportive of our application and seeing something from the region,” Thilges said of the commission. “I think there’s a real value in the city and county collaborating on this.”

The city first prepared an application to the commission a year ago, and the instruction to move forward with a master plan indicated the trail system meets the criteria for regional designation. The criteria emphasize a variety of features, such as offering “attractive, unusual and/or representative landscapes, important destinations, or high-quality nature areas” and being capable of drawing “a regional clientele (multiple communities) ... and generates economic impact from outside the local area.”

Credit is also granted for trails lengthy enough to provide at least an hour of activity and trails that link to an existing regional park, state park or state trail.

By combining the interconnected city and county trails, the application was able to check off most of those boxes. The West Mankato/Red Jacket Trail stretches nearly six miles from near the YMCA through scenic valleys to the iconic Red Jacket Trestle, Red Jacket Valley County Park and, via a wide-shouldered county road, the historic Rapidan Dam.

The South Route Trail, which runs beside County Road 90, intersects with the Red Jacket Trail just past Mount Kato and offers a connection to Minneopa State Park’s falls area.

The Minneopa Trail starts near Sibley Park and extends nearly to the campground/bison range portion of Minneopa, and the North Minnesota River Trail connects the other local trails to the Sakatah Singing Hills Trail, a state trail that runs all the way to Faribault.

Joe Czapiewski, a consultant with the commission, wrote earlier this year that the master plan is the toughest part of the entire process of becoming eligible for the Legacy Act grants.

“Once you are designated a part of the system, applying for funding is fairly straightforward,” Czapiewski said. “It doesn’t mean that there aren’t standards, criteria, and competition, but the applicant pool is fairly small and your chances of success at this point are much better than many other statewide programs. Funding applications are also relatively simple, compared to master-plan creation and evaluation.”

Czapiewski said part of the rationale is to encourage high-quality planning of parks and trail systems in outstate Minnesota.

As Blue Earth County and the city of Mankato finalize their Greater Mankato River Valley Trail Master Plan, Thilges and Mark Konz, the associate director of planning for the city, are seeking public input. Information about the plan and a chance to complete a survey and offer trail-improvement suggestions can be found at isg.mysocialpinpoint.com/gmrvt.

Area residents have already offered more than a dozen suggestions ranging from new trail links to water fountains to permanent restrooms along various parts of the system. The local governments are also thinking about possible uses of grant funding if it becomes available — ideas as practical as new pavement for the Red Jacket Trail and as ambitious as a trail bridge spanning the Blue Earth River between Sibley and Land of Memories parks.

After public comment is closed Nov. 30, the plan will be finalized and presented to the City Council and County Board in January before being forwarded to the Greater Minnesota Regional Parks and Trails Commission in March.