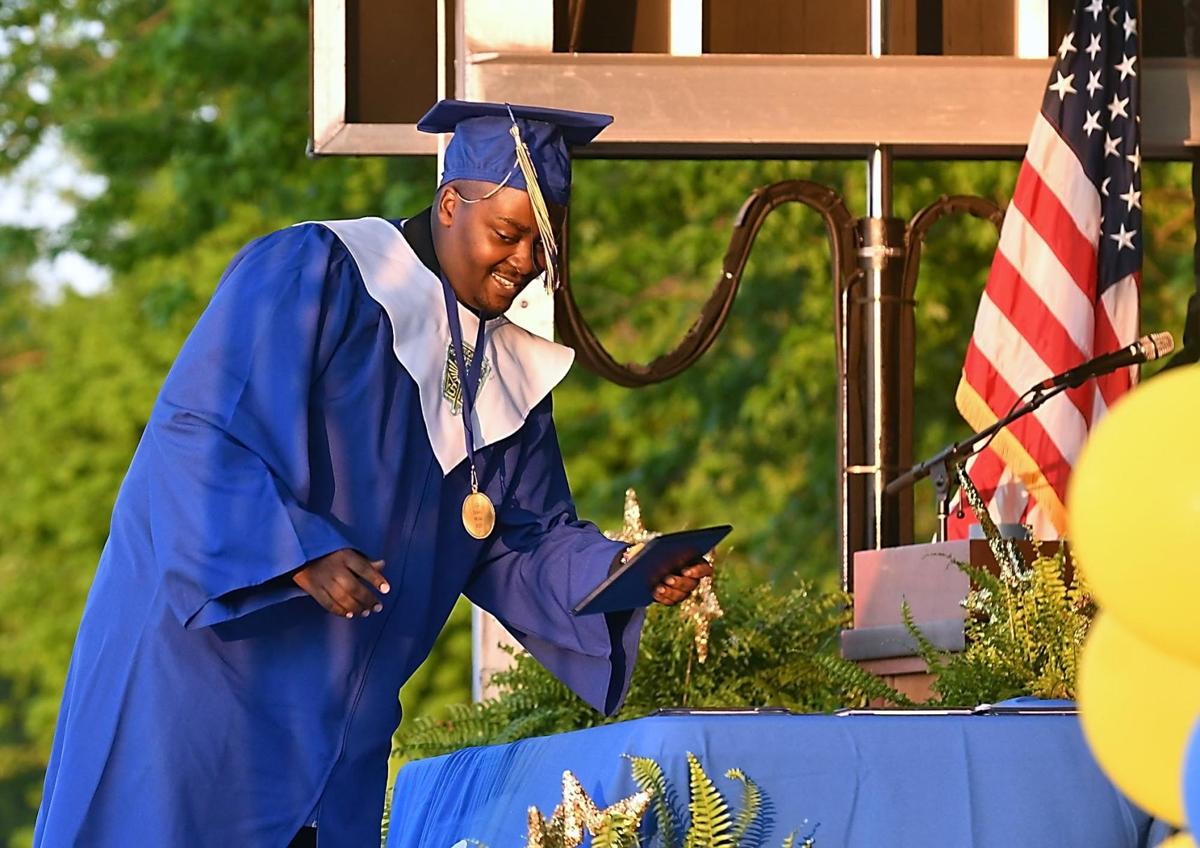 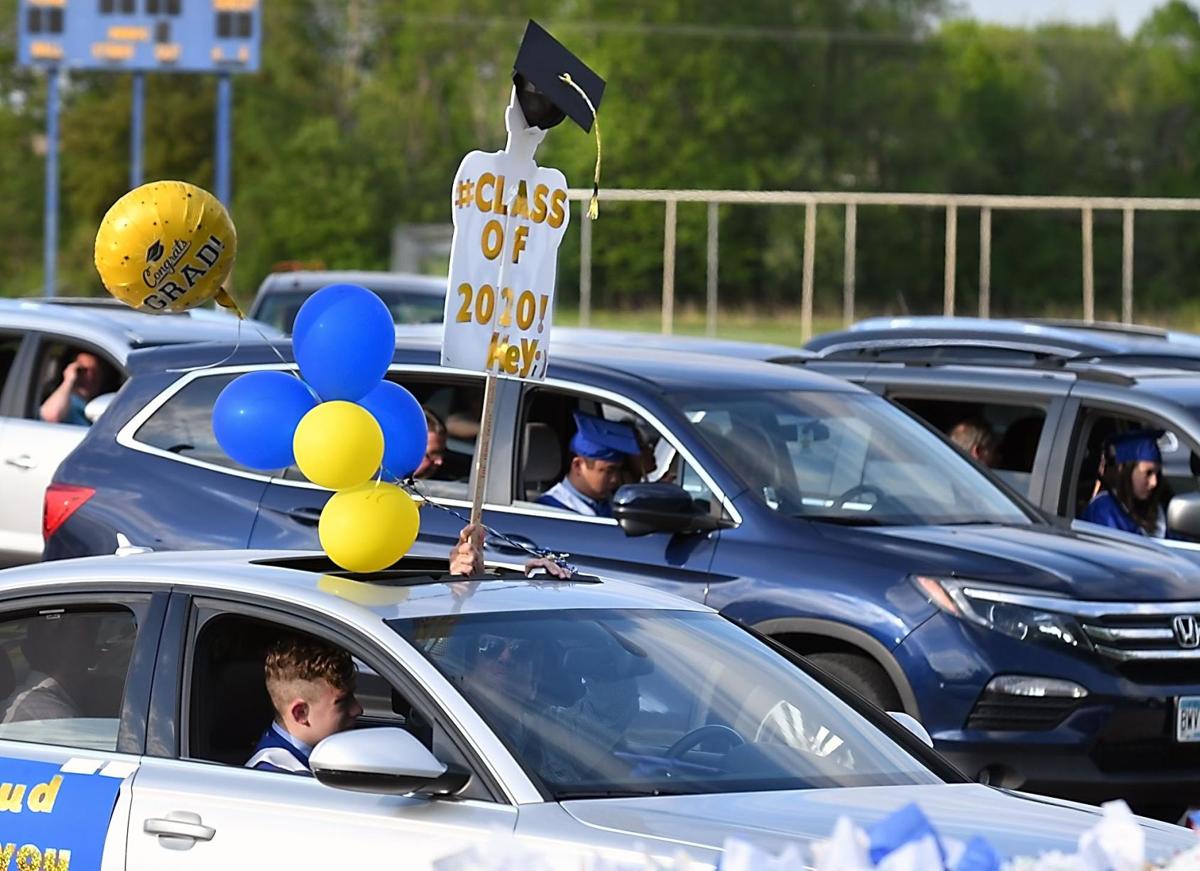 Loyola Catholic Schools graduate Garrigan Morgan’s family holds up a sign out of the car’s sunroof during the school’s graduation ceremony Wednesday.

Loyola Catholic Schools graduate Zoey Weller walks back to her family’s car after picking up her diploma during a graduation ceremony Wednesday in the school’s parking lot. Students stayed in their cars and went to the stage one at a time due to the COVID-19 pandemic.

Loyola Catholic Schools graduate Garrigan Morgan’s family holds up a sign out of the car’s sunroof during the school’s graduation ceremony Wednesday.

MANKATO — Loyola Catholic School’s Class of 2020 waited with their families in their vehicles for their names to be called Wednesday.

One at a time, each senior left the safety of their vehicles lined up in front of a stage outside the Mankato school. The grads individually crossed an outdoor stage and accepted their diplomas as a few of their loved ones cheered them on from the parking lot.

Loyola was the first in the region to celebrate commencement under unprecedented circumstances this spring. The state has prohibited traditional ceremonies with seniors and their loved ones gathered in stadiums and auditoriums due to the pandemic, forcing schools to get creative to honor their departing seniors.

Loyola and a few other small area schools opted for drive-in style ceremonies. Mankato and other larger districts are planning virtual ceremonies.

While it is was not the not the celebration they envisioned, Loyola seniors said they were determined to make the best of their sendoff.

“I’m not really bothered by not being able to participate in a traditional graduation ceremony because it’s not something that we could control,” Owen Casteel said. “And it’s how we adapt to changes that really defines who we are.”

“I wouldn’t say I’m pleased about this situation, but I am trying to keep a positive attitude about it,” Cyemone Nusser said before the ceremony. “There’s no use in letting my disappointment overshadow this ceremony so I am going in with my head held high.”

Graduate Noah Roe said he was disappointed his extended family couldn’t be there for the ceremony but he’s holding out hope that they will be able to gather for a party in late July.

Graduation wasn’t the only disappointment as their high school careers drew to an unconventional end. Casteel and Roe missed out on what they anticipated would be their strongest seasons in baseball and golf, respectively, because all spring athletics were canceled. Nusser didn’t get to perform as part of Mankato Figure Skating Club, which usually puts on a spring show.

While studying from home for their final two months of high school was not their ideal, the graduates said there were some upsides.

Casteel, who will study biology and play football for Gustavus Adolphus College next fall, said he was able to work at his own pace and “dive deeper into the material.”

“But after I got accustomed to the new schedule it wasn’t as difficult as I thought it would be,” she said.

Roe said he sometimes struggled to stay motivated but the practice he gained working independently will help him be successful as he goes on to the University of Minnesota — Twin Cities, where he plans to major in agricultural economics.

“I discovered new ways of staying engaged and also learned how to thrive with independent studies,” he said.