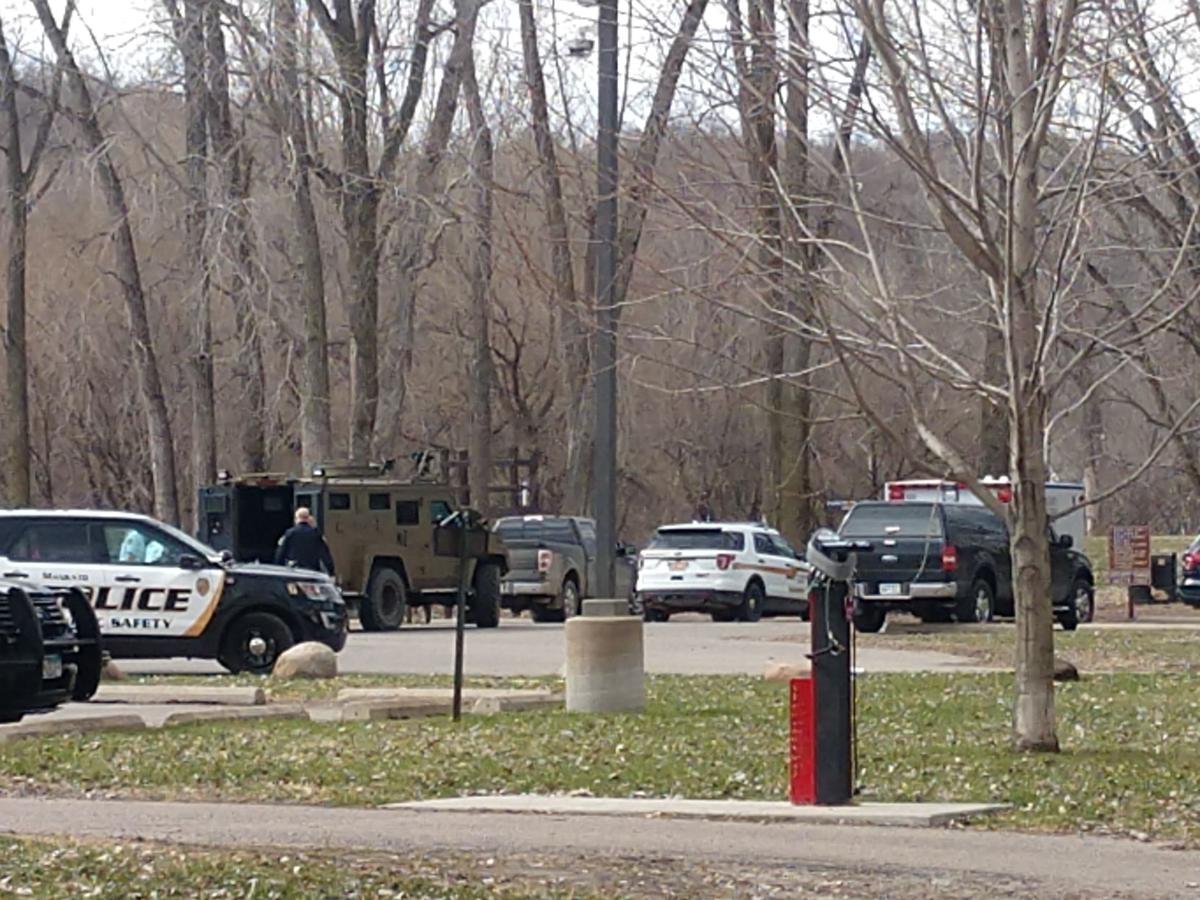 The Minnesota River Valley Tactical Response Team and multiple other law enforcement agencies converged on Mankato’s Kiwanis Recreation Area after a man in a raft on the Minnesota River allegedly fired at officers Saturday. 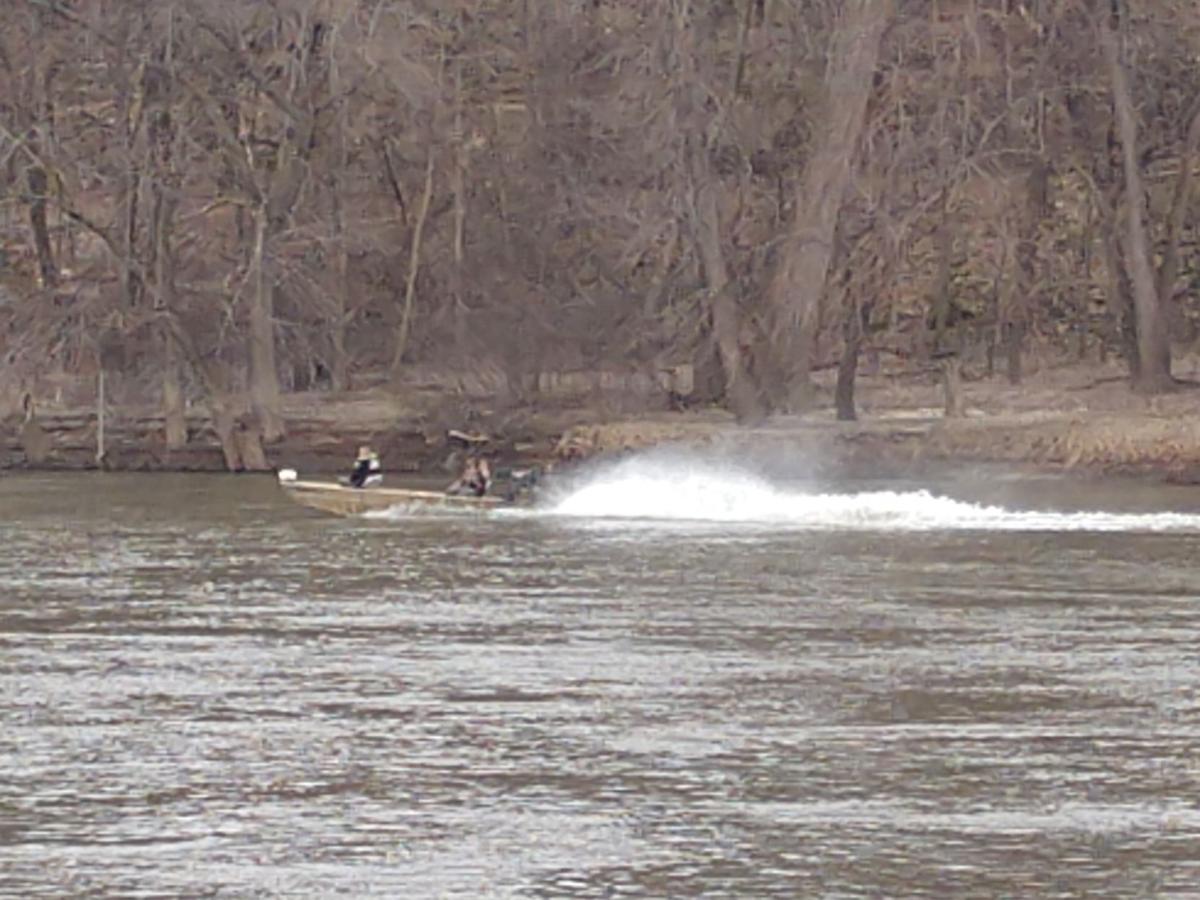 The Minnesota River Valley Tactical Response Team and multiple other law enforcement agencies converged on Mankato’s Kiwanis Recreation Area after a man in a raft on the Minnesota River allegedly fired at officers Saturday.

MANKATO — A hungry thief ended up dead in the Minnesota River Saturday afternoon after allegedly shooting at law enforcement officers while trying to escape in a raft just north of Mankato.

The unidentified man walked into the BP Expressway convenience store along Highway 169, carrying a bag that appeared to contain a gun. A clerk at the store said the man walked to a pop cooler, grabbed multiple beverages and then cleaned out four display boxes of beef jerky and other dried meat products, said Ben Nelson, who replaced the co-worker after the incident.

“He told me there was some guy in here with a bag and what looked to be a gun inside the bag,” Nelson said.

The man never directly threatened the clerk and didn’t demand cash, just took the dried meat and beverages and walked out the door.

“My co-worker yelled out, ‘Are you going to pay for that?’” Nelson said. “He walked out and my co-worker called the police.”

The man then crossed Highway 169 to the Kiwanis Recreation Area, a Mankato municipal park along the Minnesota River, according to a news release provided by the Mankato Department of Public Safety Saturday night.

“A search was conducted, and a suspect matching the description was located in a raft,” according to the department.

A shelter-in-place alert was issued by the Blue Earth County Sheriff’s Office at about 2 p.m. for both sides of the river north of Highway 14, but it was lifted within an hour after the danger to the public was eliminated.

“There is no risk to the public at this point,” Dan Schisel, an associate director of public safety for the city of Mankato, told The Free Press shortly after 3 p.m.

Scanner traffic said the man slipped from the boat after being hit by return fire from law enforcement officers.

“The suspect was recovered from the river and determined to be deceased,” according to the news release.

Because of the nature of the incident and its location at the junction of several municipal and county boundaries, multiple jurisdictions responded, including police from Mankato, North Mankato and St. Peter; deputies from Blue Earth, Nicollet and Le Sueur counties; the Minnesota State Patrol; the Minnesota River Valley Tactical Response Team; a pair of Mayo ambulances; and Department of Natural Resources officers in a boat.

The local agencies requested an investigation by the Minnesota Bureau of Criminal Apprehension, which is common with an officer-involved shooting.