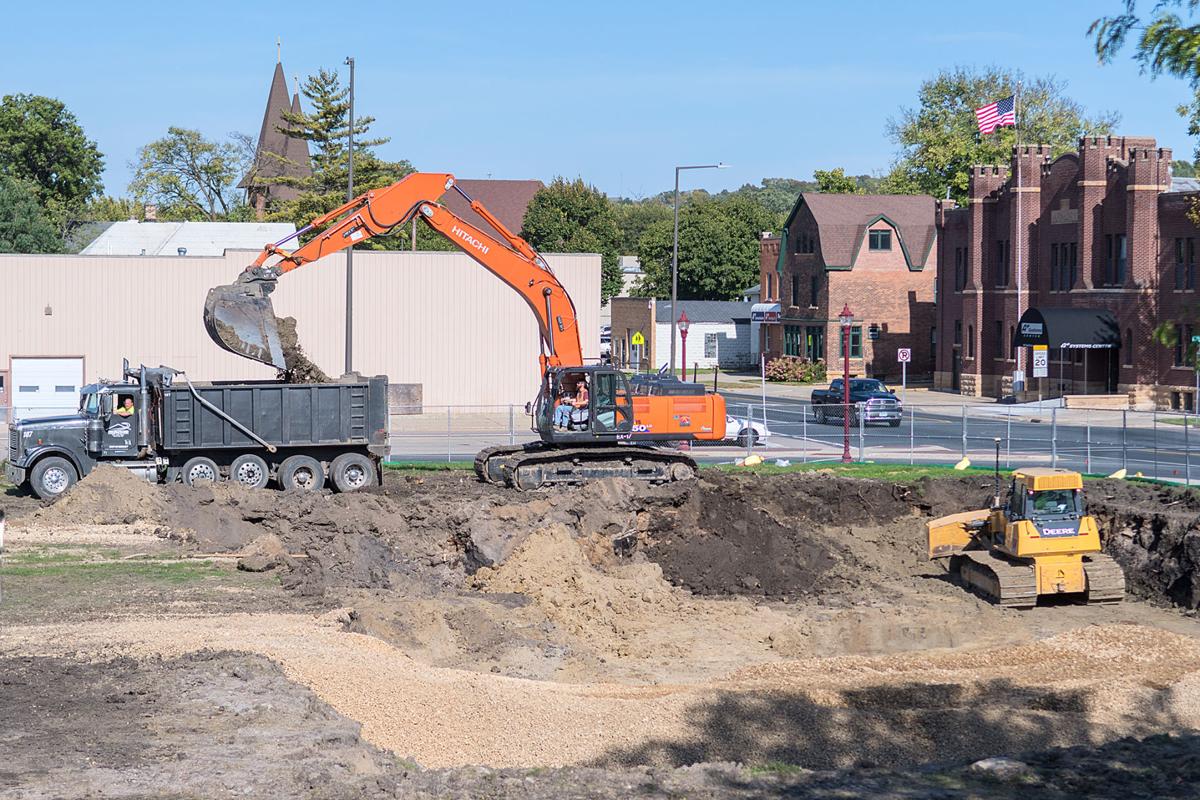 Construction work continues at the Bridge Plaza site in Mankato. It is one of five major building projects in downtown Mankato in the last few years. 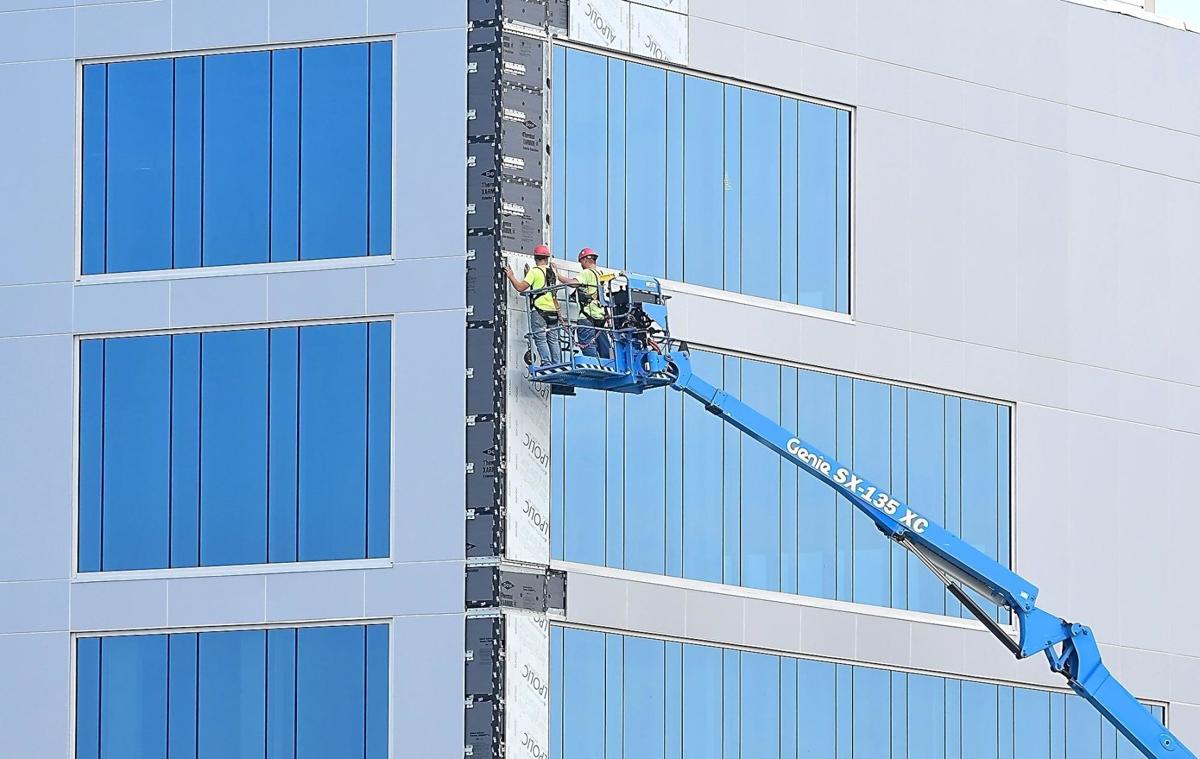 Construction work continues at the Bridge Plaza site in Mankato. It is one of five major building projects in downtown Mankato in the last few years.

For longtime residents in the area, Mankato looks little like it did even 15 or 20 years ago. The population has continued to grow while the amount of new construction and renovation has exploded exponentially.

Mankato commercial Realtor Tim Lidstrom has witnessed those changes since he started selling land and buildings and leasing commercial space 40 years ago.

“It’s a different community. There’s more going on in Mankato than ever before. You see all these construction companies from the Twin Cities coming down.”

Shannon Beal, a Realtor with JBeal Real Estate, sees a residential sector that has expanded ever further out, and up, as more and more apartment complexes are built.

“It’s great to be in Mankato where it’s growing so much. There are a lot of new people moving to town and nobody seems to be leaving.”

Mankato City Manager Pat Hentges said the city has for several years seen a level of building construction permit values that would have been unthinkable not long ago.

“We’ve always had over $120 million dollars (in permits pulled) in the last few years and I expect we’ll see that this year.

Beal said they’ve been busy showing homes at the end of the year as buyers get anxious to make a move before winter hits. While recent years have seen a low number of houses on the market, those looking to buy now have a better choice.

She said the improvement in availability isn’t across the board.

She suspects more people are putting their homes on the market because they can take advantage of the lower inventory and command good prices for their homes.

The median home sales price in Mankato and North Mankato reached $235,200 this fall.

“We’ve sold some million dollar listings this year. We had three $1 million sales on Lake Washington this year, which is nice to see.”

She said Washington and Madison lakes and Lake Francis are highly desirable.

“I keep feeling the interest rates have to creep up, but everyone I talk to thinks they’ll stay for at least a year.”

“The change I’ve seen in the market in the last decade is that multi-family housing boom.

“And we had a large boom in off campus housing that we didn’t have before. That’s slowed since they’ve put a lot of that in.”

He thinks all the new multi-housing construction, from working class to market rate to high end, helps the community.

“I think multi-units have helped retain college students when they graduate.

And he said the greater availability of apartments and mid-range and upper-end single family homes has helped fuel the city’s large and growing medical sector.

“You have the housing for the staff and the higher-end for doctors.”

There have been market rate apartment complexes built off of Stadium Road, near Prairie Winds and near the Wow Zone.

Hentges said one big recent change is a booming industry in patio homes — one level homes with no basements targeted at baby boomers.

“I think a lot of people were amazed when the single-family patio home craze started. People thought, you’re going to build a home for $250,000 and it doesn’t have a basement? Now when those units turn over they sell almost immediately.”

Beal attests to the phenomena.

“There’s a huge demand for patio homes and one-level living. The cost of patio homes have risen exponentially as that demographic is increasing.” She said that jump in prices, however, makes it harder for some people who want to sell their larger two-story house to get into a patio home as they near or are in retirement.

“It’s hard when they want to downsize but have to pay the same amount for something as they sold,” Beal said.

Hentges said the patio homes being built are higher-end.

“What I’ve been noticing is there are some interesting market trends. We seem to be building more higher-end single-family but now we’re starting to see more higher-end patio and townhomes. That may be a good thing because it’s loosening up existing housing stock.”

But he said even more people would sell their homes to move to patio homes if lower cost options were available.

“We’re not seeing mid-range affordable patio homes, twin homes. That would open a lot of housing stock up. I think there are a lot of empty-nesters holding onto their homes in that $200,000 to $300,000 range.”

Hentges said the Eagle Lake, Mankato and North Mankato area is expected to see an annual population of growth of about 2% for the decade. “That’s very good. We have more single-family and now more multi-family that helps drive that growth.”

“We came off a good year last year in the industrial area with larger projects like Johnson Worldwide. We have Bridge Plaza starting and Eide Bailly started last year.

“We’re keeping pace, but obviously the years of putting up Fleet Farms or Lowe’s has changed dramatically,” Hentges said.

Lidstrom said the halt in new big box developments has hurt land sales. “They’re down from what they have been in past years.”

“Clicks versus bricks is the continuing battle for retail.”

Lidstrom said most strip malls still do well, depending on who is occupying them. “People always want to step out for a bite to eat and the better-positioned retailers should be OK.”

He said commercial strip malls or other buildings that have good tenants in them have been hot commodities for investors looking for a place to put their money without the risk of the stock market.

“Whether it’s retail or industrial, if they’re occupied and have a good profit flow they’re popular. Investors get better cash flows buying those, especially with the low interest rates.”

“Who would have thought we’d be in this situation five years ago when the mall was the king?”

While new big boxes may be few and far between, Lidstrom hopes someone comes up with ideas to fill all the empty ones in town.

“Those buildings need to get filled up using some awfully creative ideas.”

Lidstrom said the addition of high-end office buildings has been amazing.

“For everyone the interest in downtown remains very strong, the construction of new office towers four of them, with the fifth one being (Mike) Brennan’s (Bridge Plaza).

“And the vacancy rates are fairly low. The buildings filled up pretty much right away.”