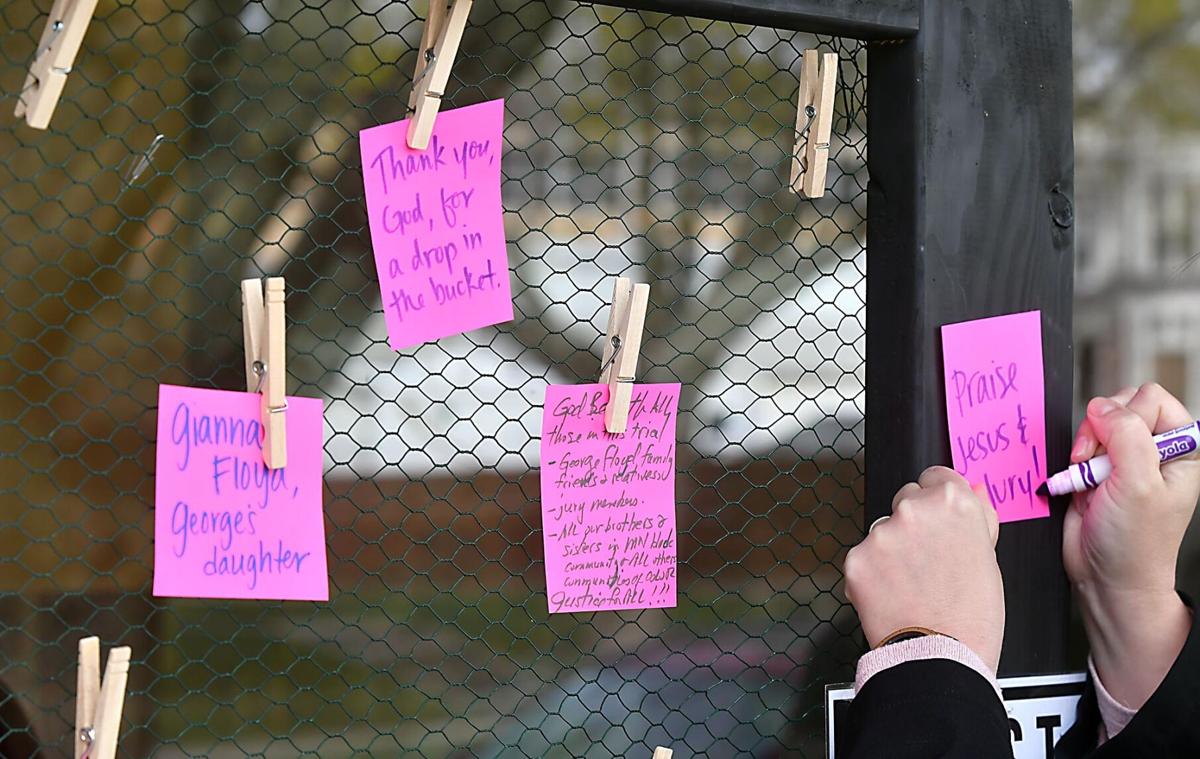 Prayers and messages are left Tuesday on a wall outside Bethlehem Lutheran Church. 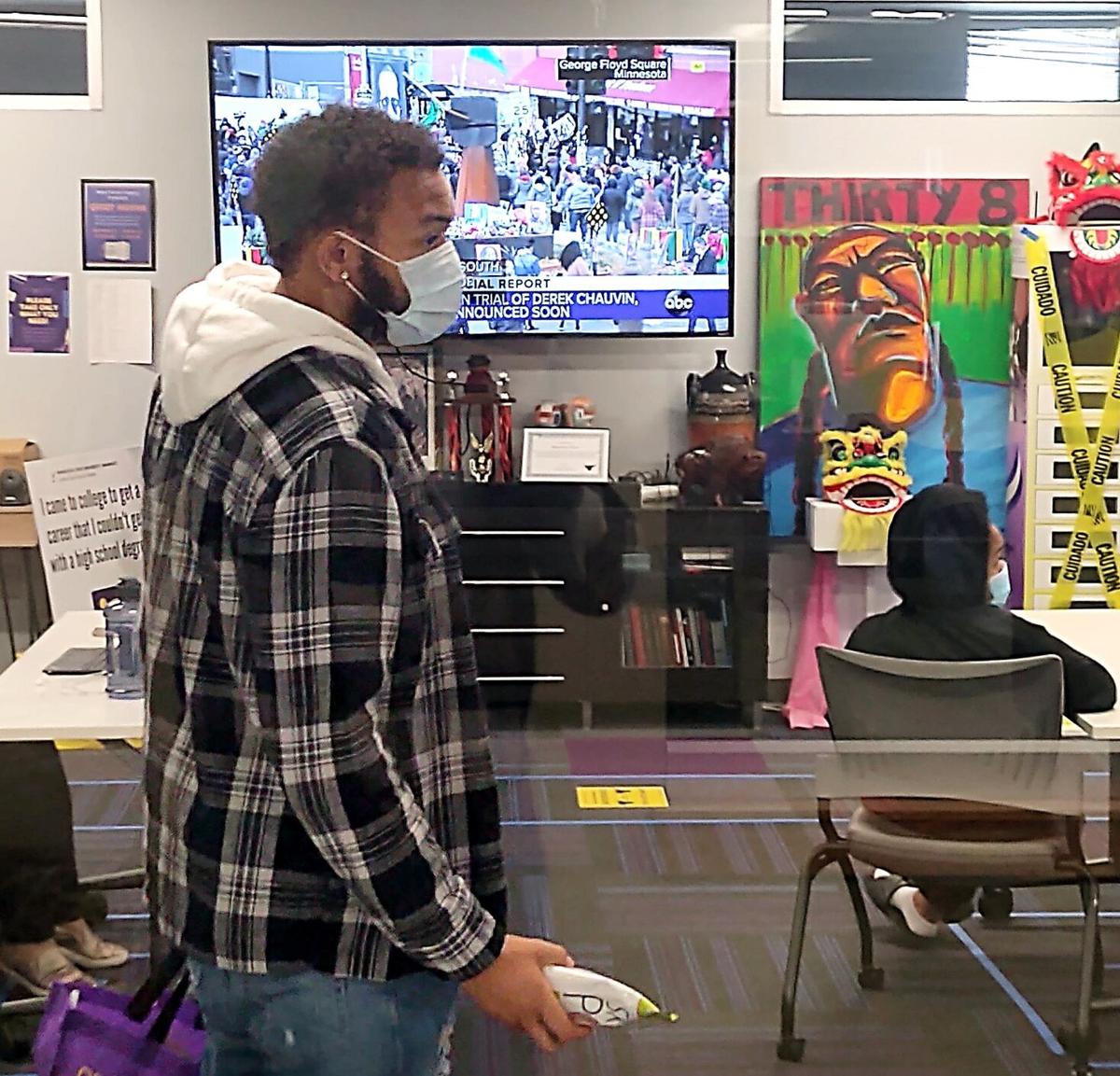 Awaiting the verdicts in the Derek Chauvin trial, student Dominic Cobb watched a TV at the Minnesota State University Student Union. A sophomore from St. Paul, Cobb said he was in the Twin Cities when George Floyd was killed there in May. 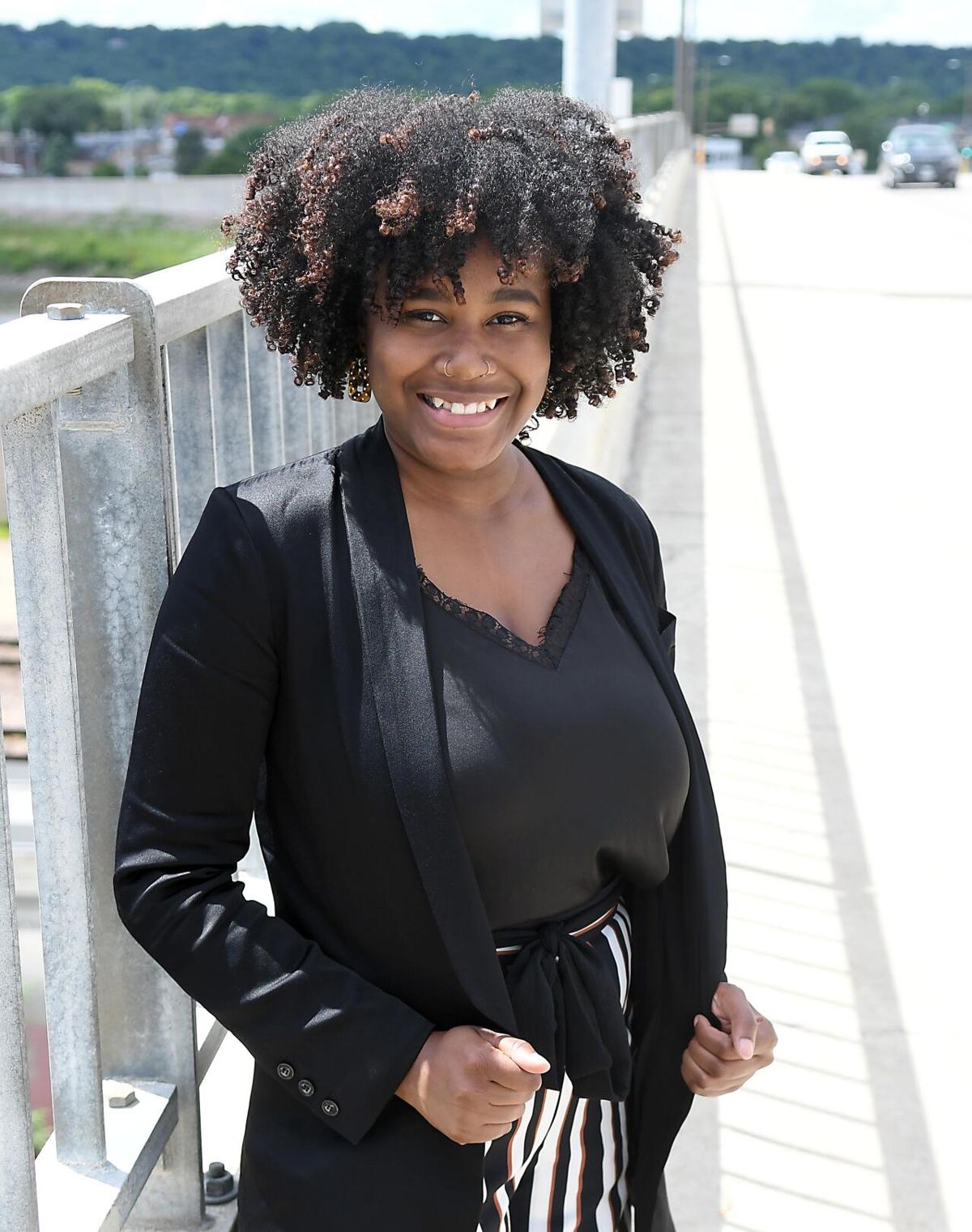 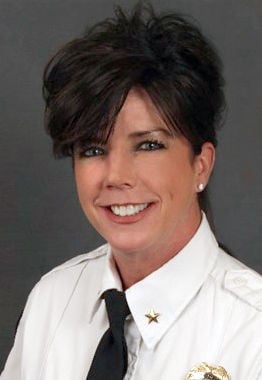 Bethlehem Lutheran Church pastor Jay Dahlvang leads a prayer of celebration after the announcement of a verdict in the Derek Chauvin murder trial Tuesday evening. Chauvin was found guilty of murder and manslaughter in the killing of George Floyd last year in Minneapolis.

MANKATO — Charles Fisher was happy when he heard the verdict — former Minneapolis police officer Derek Chauvin guilty on all counts in the murder of George Floyd.

“Justice is served. It was a good thing for everyone to see what happened. Everybody across America and other countries saw it. He had his knee on his neck.”

Originally from Chicago, 43-year-old Fisher moved here three years ago and works at the movie theater in downtown Mankato.

“What’s going on in Minneapolis, I don’t experience any of that here. I love where I’m at now. It’s peaceful in Mankato,” he said.

“But in Chicago, I experienced things. They see a bunch of Black folks in a car and they think something is going on.”

Fisher is not sure if the verdicts are a sign of longer-term changes.

“I’m not going to say it’s going to change things, but it’s a great stepping stone. Not just for Black folks but for America. This needs to continue when there’s police brutality,” he said.

“Only time will tell if things will be better. Leave it in God’s hands. He’ll take care of things.”

‘A first step toward justice’

At 5 p.m., a small group outside of Bethlehem Lutheran Church was gathered in the belief that God wants the faithful to do more than simply pray.

A recurring vigil had been planned for twice a day, every day, at the church on South Second Street — continuing as long as necessary until a verdict was reached.

It only took one day, but the prayers suggested the quest for broader justice is far from over.

“While we wait, we remember those who have cried out ‘I can’t breathe.’ Because their breath was stolen, we commit to using ours to tell their stories,” Bethlehem pastor Jay Dahlvang said. “Because their breath was taken, we pray that our breath will enliven our voices and our bodies to speak and act for a country where all can breathe freely.”

The small group of attendees offered the response: “We wait in hope. We wait in fear. But we do not wait in silence.”

Other churches joined the vigil, and pastor Trish Reedstrom of North Mankato’s Messiah Lutheran Church prayed for those who grieve for Daunte Wright, the young Black man killed by a Brooklyn Center police officer on April 11.

Reedstrom also prayed for community leaders and organizers, “that their raised voices may be heard by God and humans alike, and that this turmoil will bring the true peace that only comes with justice.”

Liz Paul, who organized the vigil, is chair of Bethlehem’s Racial Justice Ministry — something that came into existence in response to the Floyd murder.

“This is a great day for accountability, and it’s just the first step toward justice,” Paul said. “... The work has just started, honestly. And with the killing of Daunte Wright and Adam Toledo in Chicago, it’s apparent there’s so much more to do. So we have to take this as a good first step and keep on working.”

‘This is not over’

“I want to see justice served. I saw a man die right on camera. There should be some repercussions for that,” Cobb said.

Cobb, a sophomore in communications, is from St. Paul and was in the Twin Cities when George Floyd was killed.

“I went down to 38th and Chicago. I didn’t stay late — it was getting kind of hectic those first days. I just wanted to experience it.”

Cobb, who is a board member of the Black Intelligent Gentlemen group at MSU, said he’s had good experiences at the university and in Mankato.

“I’ve had no issues here. It’s a nice environment.”

Mankato Department of Public Safety Director Amy Vokal said her department had been preparing for the potential for local unrest.

“We are ready for whatever occurs,” she said Tuesday morning.

Calling Floyd’s death a murder, Vokal said she hopes the verdict is not the end of the movement toward policing reforms. She said his death has sparked valuable conversations and ideas about how police can be more equitable, and she has hopes that progress will continue.

“This is not over. There is so much more to do,” she said. “Everything has to be looked at. That makes some people uncomfortable. But we need to be uncomfortable.”

‘This jury saw what we all saw’

Jasmine D’Avilar, who led protests on the Veteran’s Memorial Bridge following Floyd’s killing through the organization Stand Up! Mankato, chose not to call for a community gathering Tuesday night.

“Especially for a lot of Black people today, today is a day of rest and joy and relaxation,” D’Avilar said, recounting the relentless anxiety she felt awaiting the verdict.

Despite the video evidence of the killing, shot by bystanders and recorded on police body-cams, and a widely praised performance by the prosecution team and its witnesses, D’Avilar was far from optimistic about the verdict.

“We have seen that that still doesn’t necessarily matter,” she said of the evidence. “It’s a relief that this jury saw what we all saw.”

Even as D’Avilar sees institutions stacked against people like her, the Chauvin verdict gives her some hope — enough to carry on with her effort to transform those institutions.

“It’s accountability,” she said. “It sends a message that no matter what, we’re going to fight for justice for every family, for every individual, and that it doesn’t stop here.”

Henry Morris, vice president of diversity and inclusion at MSU, is a bit older and has been in the fight a bit longer than D’Avilar, a 2020 MSU grad. Still, his reaction was similar to those of younger Black residents of the Mankato area: relief in the verdict but sorrow at the endless number of new victims.

“Today was a good day for communities of color in Minnesota,” Morris said. “However, this conviction is simply one day in time. Since George Floyd’s murder and since the beginning of this trial, we have seen other incidents where unarmed people of color were killed by police. There is still work to do to make sure our justice system is equitable and provides fair treatment for all, including people of color.”

Morris, upon the direction of MSU President Richard Davenport, has been heavily involved in examining and transforming the way law enforcement majors are educated at MSU, which produces more four-year law enforcement graduates than any other university in Minnesota.

“I am proud of the work of our university and the Minnesota State system is doing in reforming law enforcement education programs,” he said. “It’s a good start, but again there’s more work ahead of us.”

‘It’s happening in Greater Minnesota, too’

Civil rights advocates and organizers say the verdict validates the protests and work raising awareness about systemic biases within the community. Yet advocates note the Chauvin convictions are just a step in the journey toward equity for people of color.

“Coming from a perspective of an immigrant and working a lot with different immigrant communities, I get to hear firsthand about people’s tough interaction at times with police and feeling sometimes that they don’t get that type of justice,” said Karla Esqueda, an organizer with the Mankato branch of the ACLU of Minnesota. “They don’t get that same type of treatment as their white counterparts in our community.”

Esqueda said in recent years the ACLU sued the city of Worthington over police brutality cases. The city agreed last November to pay $590,000 and enact several policing reforms over a use-of-force case where the victim was hospitalized for six days after a traffic stop and police detainment.

Worthington and the Buffalo Ridge Drug Task Force also settled with the ACLU in a 2018 suit and agreed to change its use of force policy. That suit stemmed from a case where police repeatedly punched and kneed a man who was wearing a seatbelt inside the car.

She said more must be done so “all of our communities can flourish and where no one has to fear being stopped by police.

“I’m a mom to a beautiful brown boy, and until all moms don’t have to worry about their children anymore, we have to keep going until we can accomplish that,” she said.