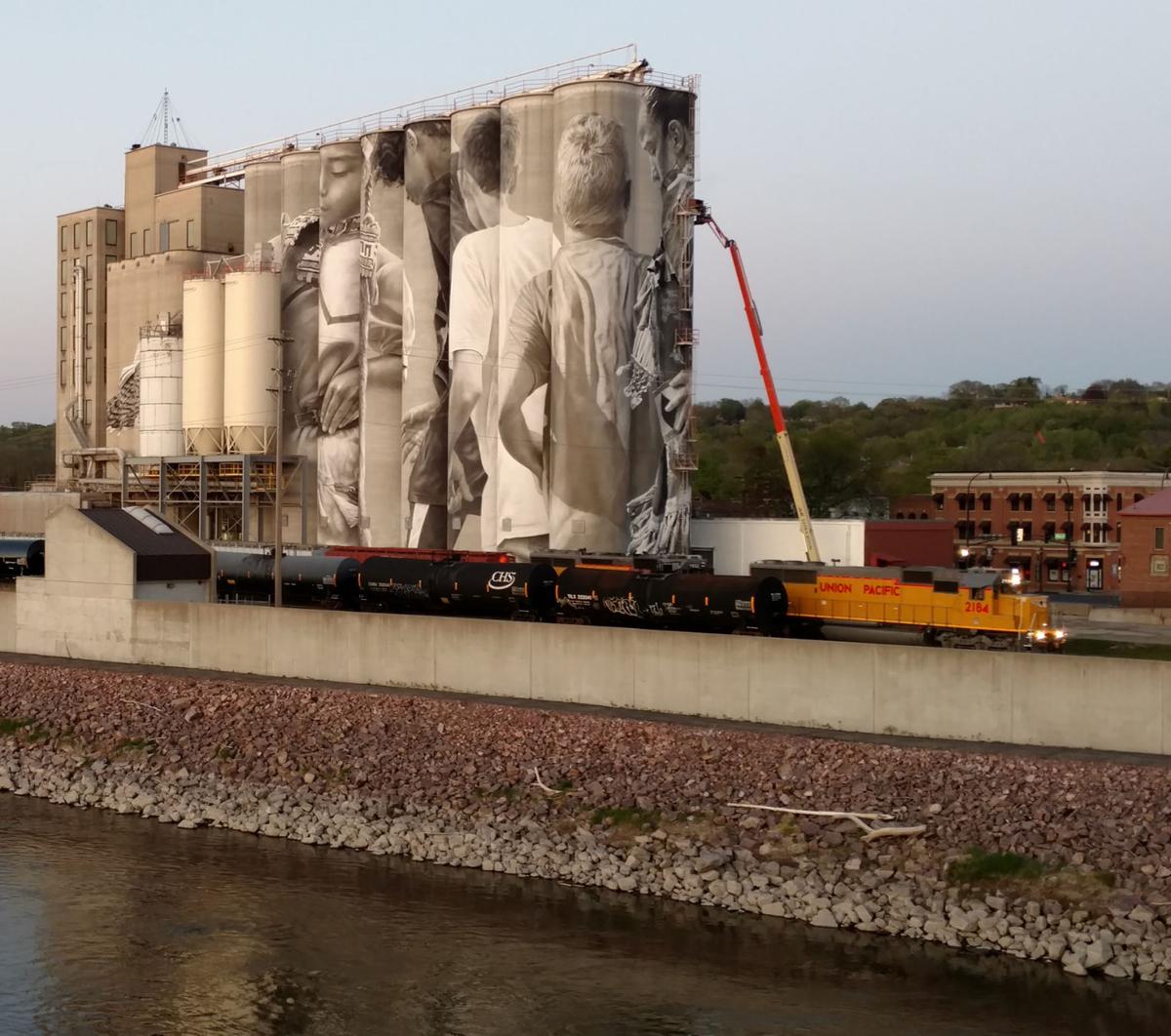 A train passes by Guido van Helten in a crane as he paints the Ardent Mills silos in May. The Australian artist finished the two-year project this month. 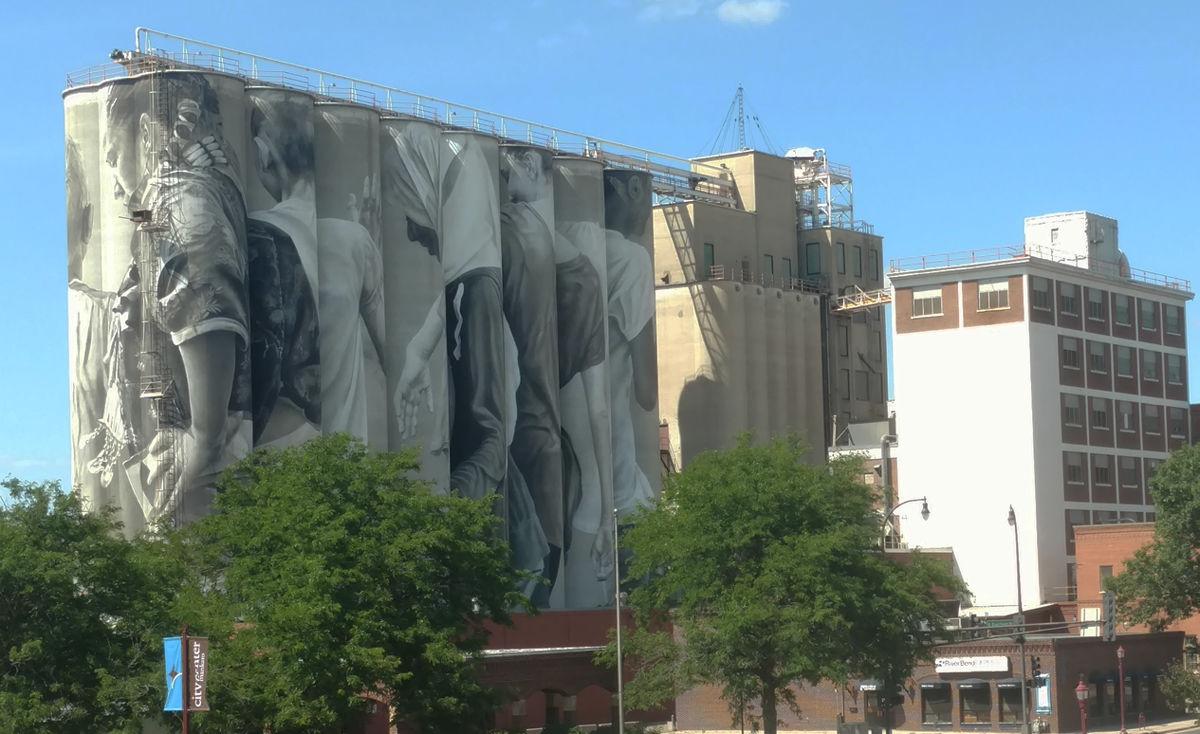 The side of the mural facing Riverfront Drive was the last section artist Guido van Helten finished for the $250,000 public art project.

MANKATO — Guido van Helten isn’t sure how much surface area there is in eight 135-foot-tall grain silos.

“I know that it’s huge,” the 33-year-old Australian artist said with a laugh earlier this month. “When I came here, I was like, ‘Whoa — that’s going to be a job.’”

It’s a job that’s now done, after two years of planning and nearly a year of painting, strapped into a basket lift in all kinds of weather.

While a formal celebration will have to wait until after the COVID-19 pandemic has eased, van Helten has finished an artistic task that consumed him.

“It’s been everything I’ve thought about, every day,” he said. “I’m very happy. It’s a special one.”

Using brushes as well as sprayers, van Helten worked in tones of black, white and gray, using industrial paint that absorbs into the concrete and creates a 3-D effect.

The idea of making a canvas of the Ardent Mills silos had been kicking around for years, said Janie Hanson, interim executive director of the Twin Rivers Council for the Arts.

“It’s a major downtown entry to Mankato and North Mankato,” she said, noting the silos’ location on the Minnesota River just off busy Highway 169. There was talk of painting them, wrapping them, projecting onto them.

Members of the council noticed van Helten after he painted smaller silo projects in Faulkton, South Dakota, and Fort Dodge, Iowa. After raising $250,000 privately to fund the work, they invited him to Mankato for the annual Mahkato Wacipi or Mankato Pow Wow. The yearly gathering honors the 38 Dakota warriors hanged in 1862 by the U.S. government at the end of a brief but bloody uprising. The festival symbolizes reconciliation.

Van Helten was particularly impressed by the Education Day festivities, which are attended by all the middle-school students in town.

“There was a touching moment,” he said. “An Indigenous girl was teaching everyone how to dance. The kids really got involved.”

That scene became the project. Working from photos, van Helten depicted the children on the sides of the towering concrete silos.

“That was a perfect link to say, ‘This is a community coming together,’” he said.

Hanson said the scene, and its origin, illustrate what she appreciates about working with van Helten.

“What I like about Guido’s process is, he lets the stories come out,” she said. “Noticing what’s present in the community and allowing that to come forth.”

Hanson added that she hopes the silo mural will help spark appreciation for art throughout the region.

“This mural is really inspiring people to think big,” she said. “We hope to use this as a hub and encourage people to visit other art in the area.”

The silos tie in with a wide range of existing public art in the two cities, including the popular CityArt Walking Sculpture Tour, now in its 10th year.

The focus on art came out of a planning process begun 15 years ago, when the community developed a vision for its future.

Twin Rivers is hoping “to spark meaningful conversations” with the silo and its other art, Hanson said. “I hope it instills a sense of pride in our community,” she said, thanking Ardent Mills and its mill manager, Jonathan Kemp, for their support.

For van Helten, the experience has created a lifelong bond with Mankato and its people, whom he credits with helping shape the work.