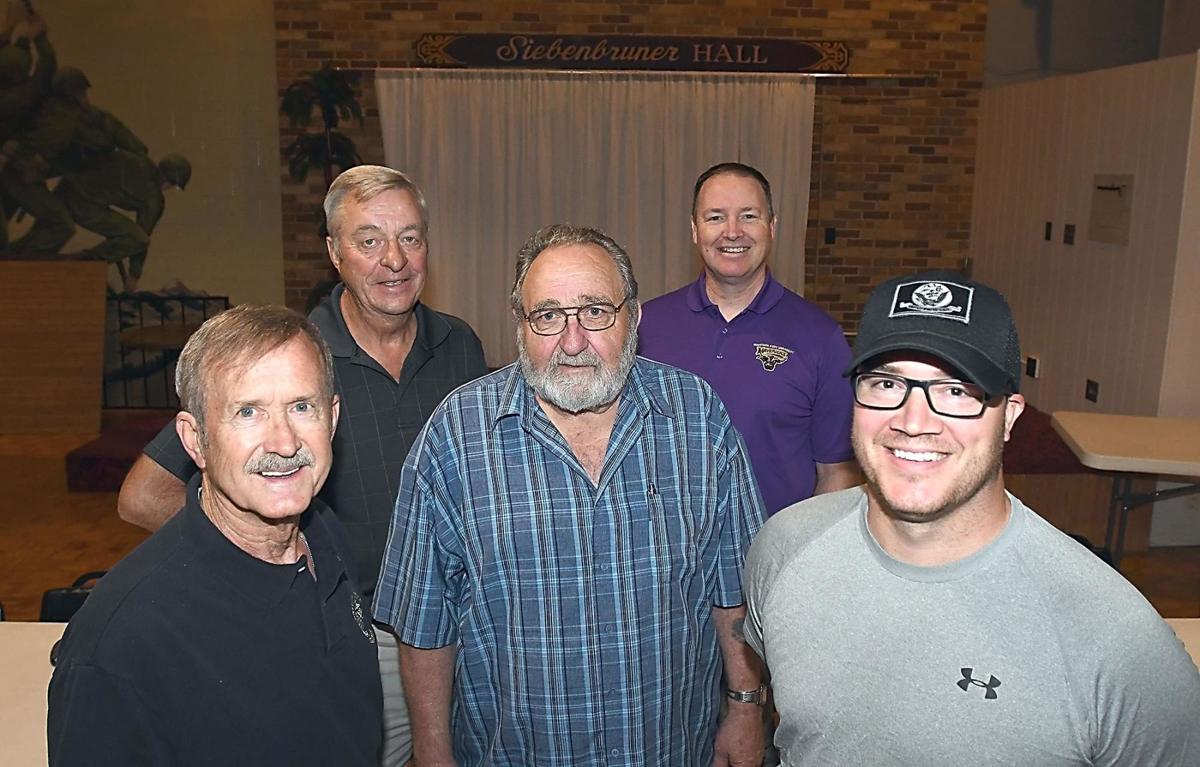 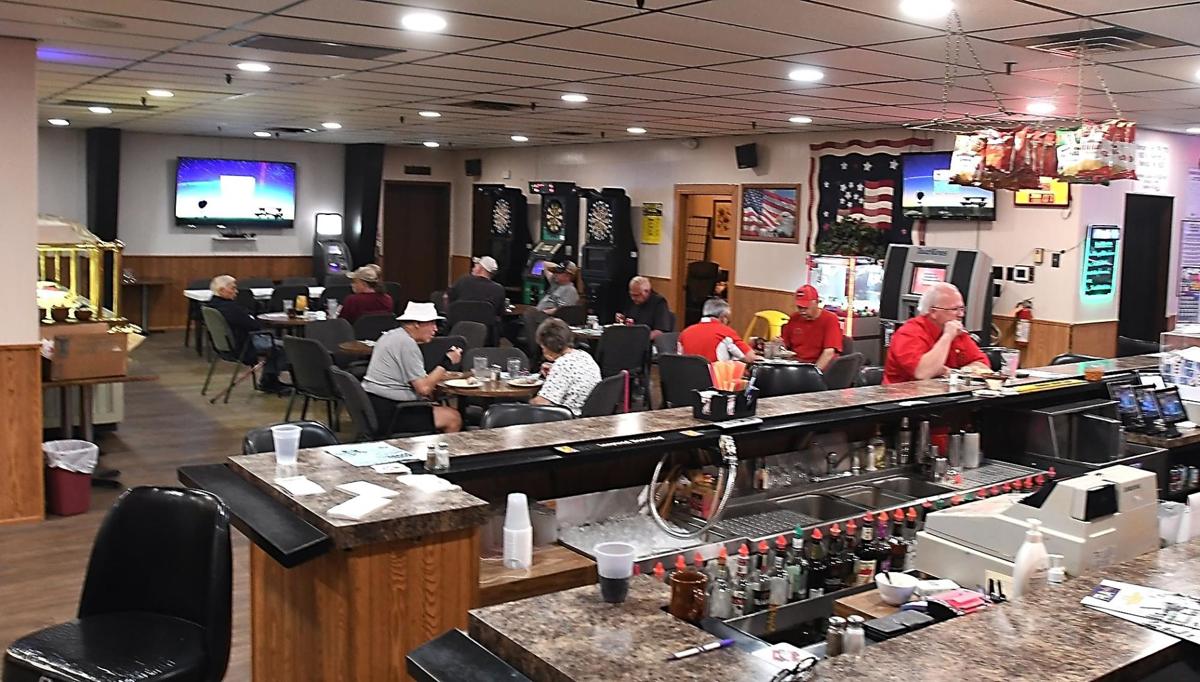 The Mankato VFW made renovations to attract younger people and families. Photo by Pat Christman

The Mankato VFW made renovations to attract younger people and families. Photo by Pat Christman

MANKATO — It’s been a year since Mankato’s two Veterans of Foreign Wars chapters merged, and as the organization prepares to welcome the public to celebrate Flag Day on Friday with live music, food and games, members say the merger has made the VFW stronger after a period of declining revenue seen locally and nationally in recent years.

“When the merger happened, the younger vets that were a part of (Post) 950 said, 'Enough is enough,'” said Tony Dickmeyer, a U.S. Navy veteran who handles the local chapter's financial affairs. “The younger guys were a little bit more active in it and realized that the merging and the combination of the two is going to make one big super power, kind of like a super band, which made absolute sense.”

The merger meant membership more than doubled in enrollments to 679, and the two entities pooled their resources. Soon other veteran groups that had lost their own physical locations, like the Marine Corps League, American Legion Post 11 and Vietnam Veterans of America, began meeting at the VFW. With all of those groups under one roof, donations poured in to renovate the building to attract younger veterans, their families and the general public.

“It added a lot of fresh activity to burger nights and all the other activities we do,” said Post Cmdr. Tim Adams. “People come in and use pull tabs and they play the video games. Those help support all the things that we do and the different entities.”

Randy Dombrovski, who fought in the Vietnam War, said he and most other veterans belong to multiple organizations, so it made sense to allow other groups to utilize the facility.

“We’re working together with those other groups,” Dombrovski said. “Each organization brings something to the table.”

The VFW — a nonprofit with no government funding — earns revenue from donations, along with hall rentals, proceeds from the bar, restaurant and fundraising events. With extra money from the merger, they spent $100,000 to renovate the floor and lighting, waterproof the basement and modernize the building. The American Legion donated $5,000 to purchase new furniture.

Adams, who fought in the Gulf War, said the push to entice younger members is national. Back in the early days of the organization following World War I, VFW posts didn’t have any windows and required a buzzer to get in. Nowadays, registered guests are welcome any time.

“If we can make it enticing and entertaining for people to come and spend time at the VFW, they will,” Adams said. “Veterans today — if you’ve got 2.2 kids and a mortgage and a white picket fence, you’re going to have a whole list of things you can do that are fun and interesting. We need to make it so the VFW is one of those organizations that you choose to support and you choose to participate in.”

Part of that stems from explaining all the things the VFW does for veterans, including ensuring veterans continue to receive benefits. Adams said 650 veterans are utilizing the G.I. Bill to get an education throughout southern Minnesota.

If a veteran needs a new furnace or a roof, or if they are on the verge of losing their home or their car breaks down, the VFW uses its funds to step in and help. They recently helped a veteran whose house burned down. Lobbying the state Legislature ensures that access to health care and other benefits will continue.

VFW chaplain and Vietnam vet Tom McLaughlin said about 75 percent of the veterans that make the annual trip to St. Paul to meet with legislators are current era veterans, and that speaks volumes about the changing demographics of the VFW.

Dombrovski said the convenience of a checkup and blood work done recently at the VA clinic in Mankato instead of having to travel to the Twin Cities is made possible by the lobbying done on behalf of veterans from organizations like the VFW and American Legion.

“That’s probably the most important part of what the older veteran generation is trying to do, is make sure these younger guys know that without these organizations, your government may not look out for you, your benefits could be gone,” Dombrovski said. “That’s the critical aspect to sell the younger generation on: Keep these organizations active.”

Beyond providing benefits and services to veterans, there is a sense of camaraderie shared between multiple generations of veterans who talk with each other about their experiences in places like Vietnam, Korea, Afghanistan and Iraq. Recently, Dombrovski brought some slides from Vietnam to share, leading to conversation about the sounds, smells and sights of that experience. Younger vets shared their experiences in more recent conflicts.

Dickmeyer said that for himself and others, the VFW is a place where he can be himself and connect with others who have shared experiences in a way that can’t be duplicated in the civilian world.

“A lot of times veterans will come towards a VFW and a veterans organization because there are other veterans around," Dickmeyer said. "I can talk to these guys — usually I have a sailor mouth — and they don’t mind. I can be the guy who I was, who I enjoyed being when I was around other veterans.”

A part of Friday’s event is geared toward attracting new members but also showing people in the community that everyone is welcome, regardless of whether they are veterans or not, as are the families of veterans. Part of that community engagement involves programs like youth sports and awarding scholarships for area kids through the Voice of Democracy.

Dickmeyer said the VFW is a grassroots organization whose strength lies in local support from veterans and the community as a whole. He said supporting the local post is an essential component of keeping the organization on the state and federal level strong, a trickle-up effect.

“The best way to support any veterans organization is to support your local post," he said. "That’s another reason why we wanted to make sure this building stayed here intact so we could continue to support our state and national organization.”