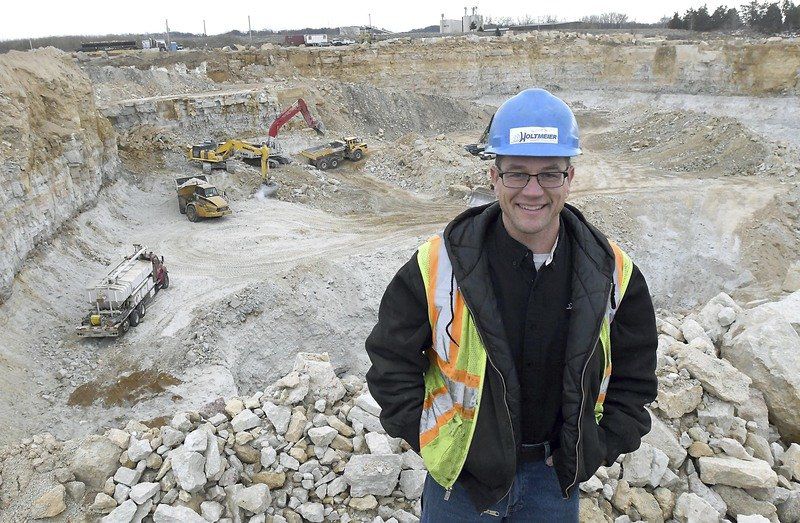 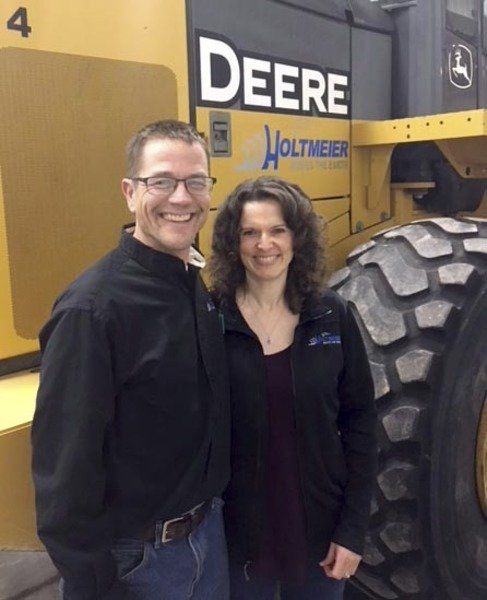 Joe and Bethany Holtmeier began their construction company in 1989.

Joe and Bethany Holtmeier began their construction company in 1989.

Off the top of his head, Joe Holtmeier can list the four jobs Holtmeier Construction did in 1998 during its first year in business. The sewer and water projects in Mapleton, Glencoe, Chaska and Courtland were too small to appeal to bigger contractors, but the right size for the fledgling company. He and his wife, Bethany, were the only employees on the first project, installing water service at the Mapleton High School addition.

Now with roughly 80 employees, Holtmeier Construction is one of the preeminent heavy construction contractors in southern Minnesota. The company has flourished over 20 years through hard work, faith and flexibility.

“In construction, you have to have a plan, but things are going to change,” Holtmeier said. “You have to be flexible and adapt. And if you can do that, you’re going to do well, and if you can’t get past it, you better find something else to do.”

Building from the ground up

The company’s Mankato headquarters boasts a two-story office building and two giant garages where employees maintain massive earth movers. That first year, however, the office was a little smaller, according to Bethany Holtmeier.

“We bought a farmhouse — it was built in 1892 — and that’s where we started,” she said. “That’s where I did the accounting, and that’s where Joe did his calls and sometimes begged people for work. And lots of doors shut, but enough opened.”

Joe always loved heavy machinery as a kid, and his first job working with the equipment was during high school in Waconia. He continued the work as he studied construction management at Minnesota State University. Though not from the area, he decided to stay and work for a company after meeting Bethany, who studied education at MSU.

After construction season finished for the winter in 1997, the young married couple and their eldest child visited family in Colorado. There they decided to start a company. Joe would handle the work, and Bethany would manage the books.

“Pretty much everyone told us we were crazy and would never make it and, ‘You’re going to fail within a year,’” Bethany said. “But sometimes that makes you try a little harder, when people say you can’t.”

Competitive bid projects for municipalities provide the bulk of Holtmeier Construction’s work. This includes excavating and running water and sewer lines for new buildings and road reconstructions — including recent projects in Farimont, Fairbault and the Adams Street extension in Mankato.

While adding employees and equipment, the company has also tackled larger projects and taken on a larger role. Holtmeier serves as general contractor for most projects, which presents benefits and challenges.

“Not only are you responsible now for your own portion of the work, but you’re responsible for what the subs are doing on your jobs,” Holtmeier said. “But to be in control of your own destiny, you need to be a general contractor, more so just with scheduling because you can decide when things happen.”

Holtmeier pursues work within just 60 miles of Mankato so employees can return home each night. The company has diversified to claim a larger market share within that radius, and it expanded by purchasing a limestone quarry.

“It’s hard to say what will happen next, but we’re certainly open to getting into other things if we think we can do a good job and be competitive,” he said.

Giving back to the community

The Holtmeiers see the growth of their business and its revenue as a blessing and an imperative to help others. They drive a large pink dump truck to local fundraisers and give monetary donations. They bring heavy equipment to the Children’s Museum of Southern Minnesota to teach kids about construction.

In recent years, they donated site work for an addition at Peace Lutheran Church in North Mankato, and Holtmeier spoke to the church’s preschool students and gave each a turn in the backhoe. They also donated clean up and site work for St. James Evangelical Lutheran Church and School in Northrop after it burned to the ground.

“Our employees have done such a good job and put us in a position where we can do those things,” he said. “We’re so thankful for the employees. It’s not us, but the Good Lord has given us the resources, especially the employees, so that when needs come up we can say, ‘We can help with that.’ “