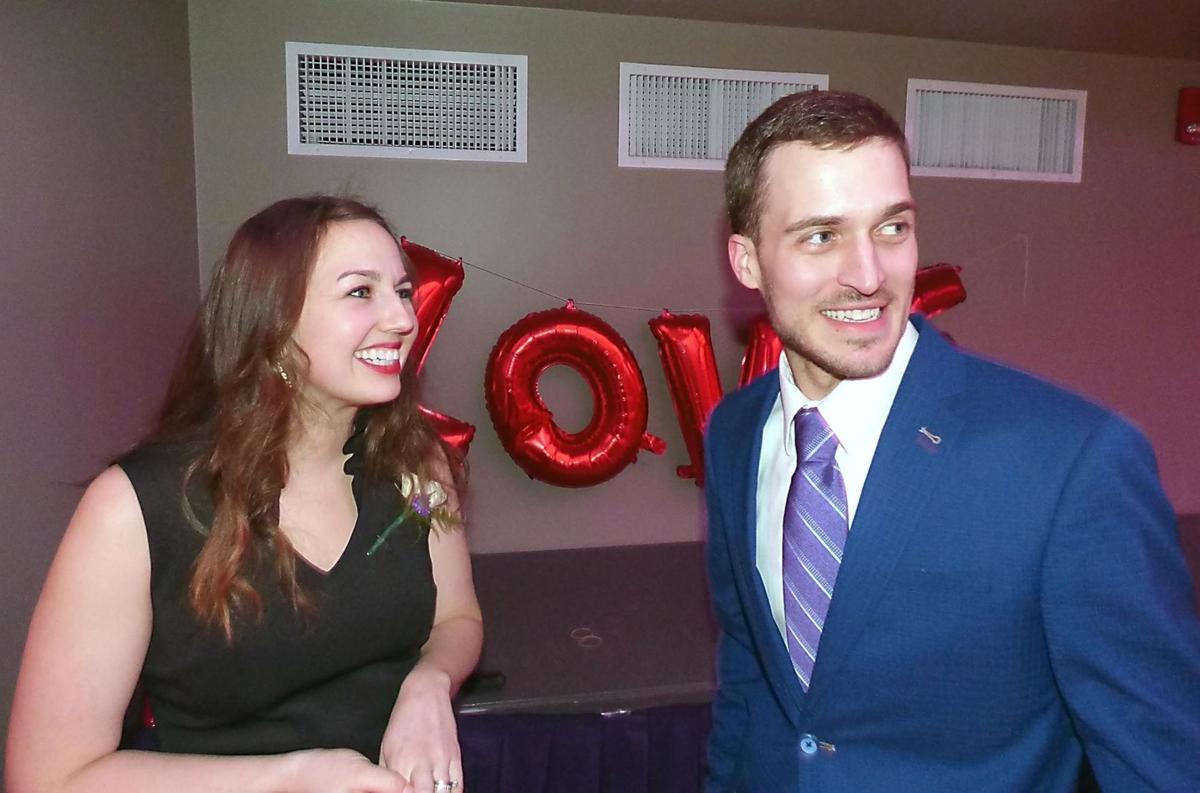 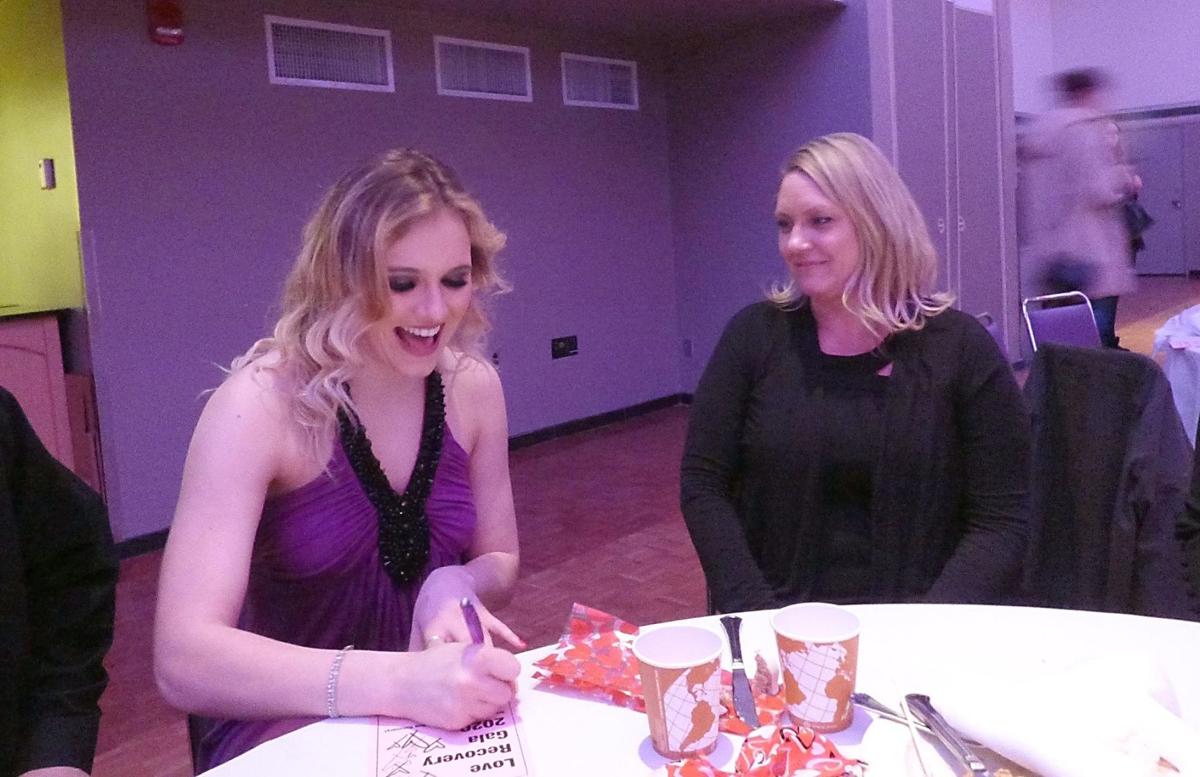 MSU junior Maria Graff (left) and Megan Harms of Project Turnabout in Granite Falls, get to know each other at MSU’s Love Recovery Gala. 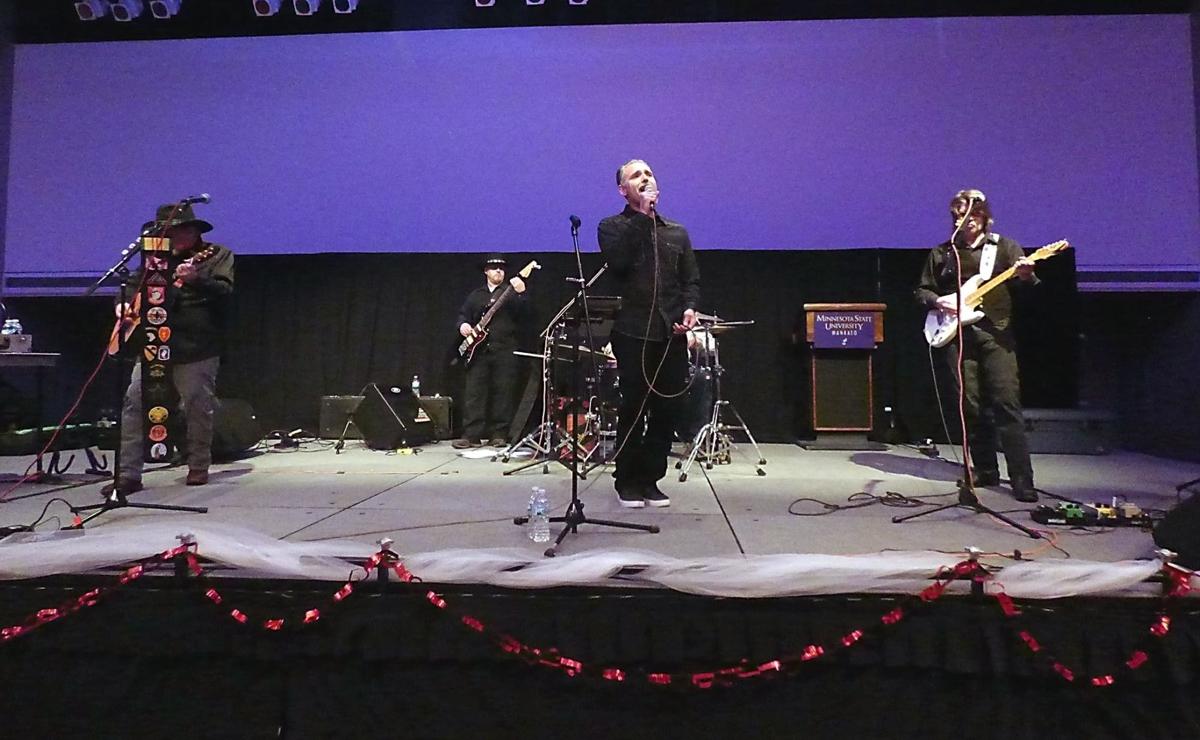 MSU junior Maria Graff (left) and Megan Harms of Project Turnabout in Granite Falls, get to know each other at MSU’s Love Recovery Gala.

MANKATO — When Jennifer Londgren, coordinator for Minnesota State University’s alcohol and drug studies program, attended a Twin Cities gala with her students last year as part of the fight against opiate addiction, she was intrigued by the party-like atmosphere — without drugs or alcohol.

After months of planning, Londgren and her students welcomed more than 200 people to the Love Recovery Gala Wednesday night at MSU’s Centennial Student Union Ballroom for speakers, music, dinner and conversation — without any chemical substances.

“We all reached out to our collective communities to make this happen,” Londgren said. “It’s the first of many, we hope.”

Londgren said the gala is part of a push to destigmatize addiction and show newcomers there is a life without substance use.

“So many successful people are in recovery and we just don’t talk about it,” Londgren said. “You can have fun, connect with people and have support. You can have a beautiful life without substances, and that’s the message we want to send through this event.”

Staff members from treatment centers — many in recovery themselves — came from throughout southern Minnesota and even South Dakota. Four out of the five members of the performing band, Redemption Road, are in recovery and work as licensed drug and alcohol counselors.

Keynote speaker Seth Dahle, an MSU alum and counselor at Beauterre Recovery Institute in Owatonna, knows firsthand how strong the grip of addiction can be. Since childhood, he had a feeling of inadequacy, despite coming from a supportive family.

When he began to drink in college, that feeling was lifted, and he chased that feeling over and over again. But over time, that feeling was harder to sustain, and the consequences multiplied. After getting two DUIs in two states in a 13-hour period, he had an epiphany that would change his life forever.

“What I found in that jail cell was the gift of desperation — I was finally desperate enough to change,” Dahle said.

Megan Harms, a former patient of Project Turnabout in Granite Falls and now an employee there, said early sobriety and social situations were especially hard to navigate. She compared her early sobriety to the awkward dancing scene in the movie “Napoleon Dynamite.”

“That describes me coming into recovery,” Harms said. “When I first got sober, it was uncomfortable being in social situations.”

Harms said she had to relearn the basics of daily living, from making eye contact to time management.

Whatever overt social awkwardness she had is clearly gone, as she held an animated discussion with Maria Graff, a junior at MSU who is planning to be a counselor when she graduates.

“A lot of people in recovery, they just need resources,” Graff said. “It’s getting them to feel like everybody else again.”

Harms said sober events like this are becoming more popular in general. Even sober bars are becoming an option, especially in the Twin Cities, where non-drinkers can socialize while sipping a plethora of fancy non-alcoholic beverages.

“Alcohol is the only drug where you have to explain why you’re not drinking it,” Harms said. “That’s why I think the sober bars are becoming more popular.”

About 30 students from Students for Alcohol and Drug Education, known as SADE, helped to organize and coordinate Wednesday’s event. Melinda Johnston, a senior in the alcohol and drug studies program at MSU, said she didn’t have the opportunity to go to prom. As a mother of a young child, the gala was a chance for her to dress up and socialize.

She said the students from SADE not only want to make the Love Recovery Gala synonymous with Valentine’s Day every year, but they hope to organize a sober prom and masquerade ball during Halloween to fill a growing need for people who choose not to drink to gather without having to explain why they don’t drink.

“Mankato is a great area, but for the recovery community, there’s not a whole lot; there’s bars and restaurants with alcohol,” Johnston said. “This is really something fun to do to get dressed up and have somewhere to be.”

Fellow student Sam Hovden-Marlin, a junior in the alcohol and drug studies program, said the event put the spotlight on people who have gone on to lead successful lives after a struggle with addiction.

Brandy Brink, founder and director of WEcovery — a Mankato-based organization that helps people with addictions get back on their feet — is someone with real experience. She said there is a lot of hope in living loudly as a person in recovery.

“What it felt like for me in early recovery was really lonely and I was sure that no one would understand,” Brink said. “I had all this guilt and shame. Our hope with the recovery center that we have is this is a norm, and it’s OK; we’re here and you’re not alone.”

For Dahle, having a support network of people who stood by his side during early recovery was key to finding the hope needed to take the next step.