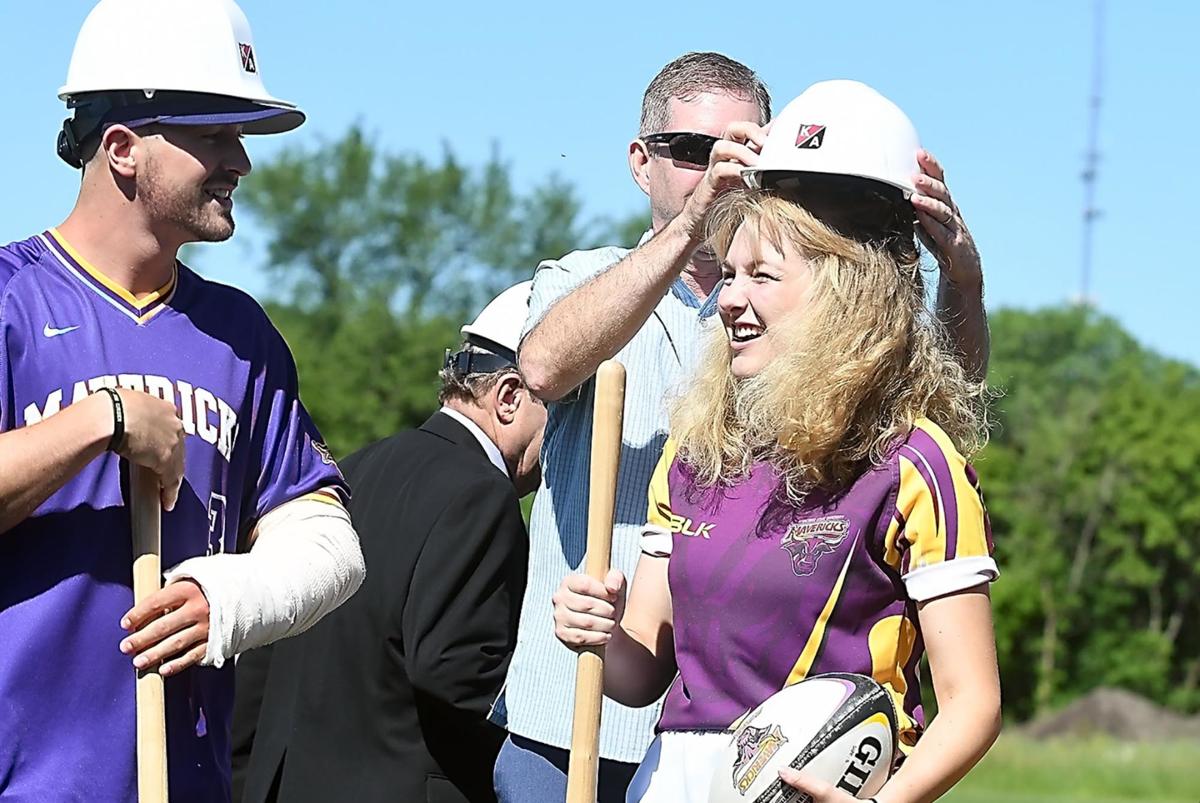 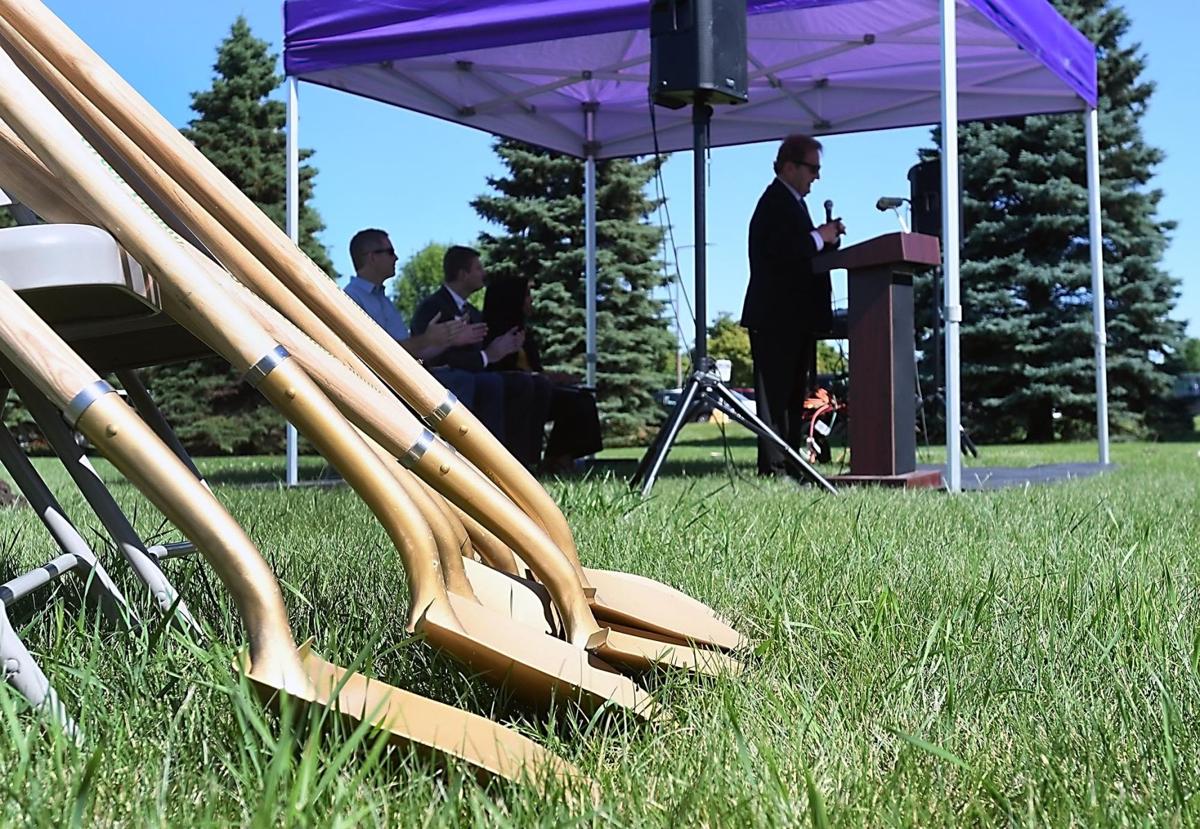 Christmas 2019 will be snow-free with temperatures in the upper 50s — at least in one 110,000-square-foot space on the southern edge of Minnesota State University.

Construction is to begin this week on a long-sought inflatable sports dome in Mankato with the facility opening as soon as Dec. 1.

“This is monumental,” MSU President Richard Davenport said Tuesday morning to the students, coaches, staff and community members on hand for a ceremonial ground-breaking. “We worked on it for so long ... .”

The facility, which will be operated during the six coldest months of the year, will be located just west of Monks Avenue and just south of the free parking lot along Stadium Road.

While MSU’s sports teams and students are expected to use roughly two-thirds of the dome’s available time, the other hours will be available to youth sports groups, adult sports organizations, teams from other schools and the general population willing to pay the hourly rental fee. “Open Dome Time” is also being planned with each individual paying an entry fee.

“We decided we’d make it large enough that it would be available for community needs as well,” Davenport said.

Discussion of building a sports dome on campus started roughly 15 years ago, stalled after a student referendum narrowly failed in 2007 and was resurrected a year ago. After students this time strongly favored imposing a fee upon themselves to cover about half of the construction and operational costs, the state university system’s Board of Trustees gave the go-ahead in March.

Excavation is expected to be underway in coming days for the footings of the dome and for an adjacent building that will provide a lobby, gathering space and restrooms. In warm-weather months, the dome will be deflated and stored in the building, leaving the large artificial-turf field available as an outdoor venue. The dome will not have spectator seating, so MSU’s intercollegiate teams will practice there but not use it for games.

The facility will be the size of 1 1/2 soccer fields — large enough to host a regulation softball game. But it will be configured to allow it to be divided into three fields, each 75 yards by 45 yards, to permit multiple groups to use it simultaneously, said Director of Campus Recreation Todd Pfingsten.

The facility is expected to be heavily used by MSU’s intercollegiate sports teams — and the head coaches of both the football and softball teams were on hand for Tuesday’s ceremonies. But average students involved in recreational intramural sports, the Maverick Machine marching band and certain university classes are also expected to utilize the dome, Pfingsten said.

Abdullah Moin, an MSU senior and president of the Mankato Cricket Club, is among the students anticipating the warm, wide-open wintertime space for his sport.

The team’s winter season has traditionally been played in MSU’s field house, and the club’s annual cricket tournament has become the largest in the Midwest despite balls routinely getting stuck in the field house’s ceiling nets.

“It’s always stuck in the ceiling,” Moin said, predicting that next year’s tournament in the brand-new sports dome will attract teams from an even broader area.

“We can organize a tournament that’s bigger and more people will come,” he said.

Student Affairs Vice President David Jones said no community groups have signed contracts to use the dome, but discussions with youth sports groups and other sports organizations are moving in that direction. Rental fees are being counted on for a substantial share of $300,000 anticipated annual operational budget for the facility.

MSU received some fiscal cushion for the new facility when the Scheels All-Sports Foundation agreed to contribute $500,000 toward operational expenses. If revenue from student fees and outside rentals covers the entire cost of running the facility, the Scheels donation will allow the university to get a jump-start on a reserve fund to cover future replacement costs at the dome, Jones said.

The structure will be called the Maverick All-Sports Dome while the synthetic turf field will be Scheels Field.

As a seasonal sports dome, the facility can be in place no more than six months each year under building codes. The MSU dome’s typical season is still being decided — either mid-October to mid-April or Nov. 1 to May 1. Because construction won’t be completed before Dec. 1 in its inaugural year, the season’s start will be delayed, but it will still extend six months to the beginning of June, Jones said.

“If we have a spring like this year, it’d be helpful (to be open through May),” he said.

Entry to MSU dome to cost as little as $5