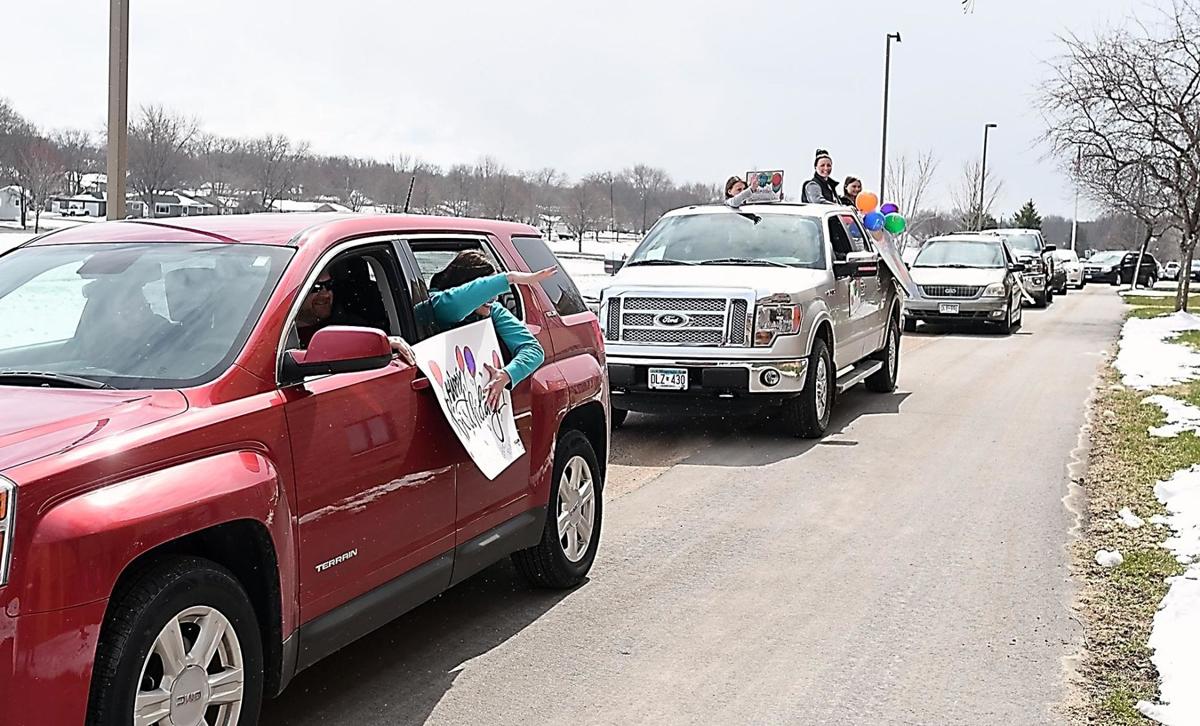 Erna Zahn’s family and friends drive by her window holding signs and balloons on her 112th birthday Tuesday. 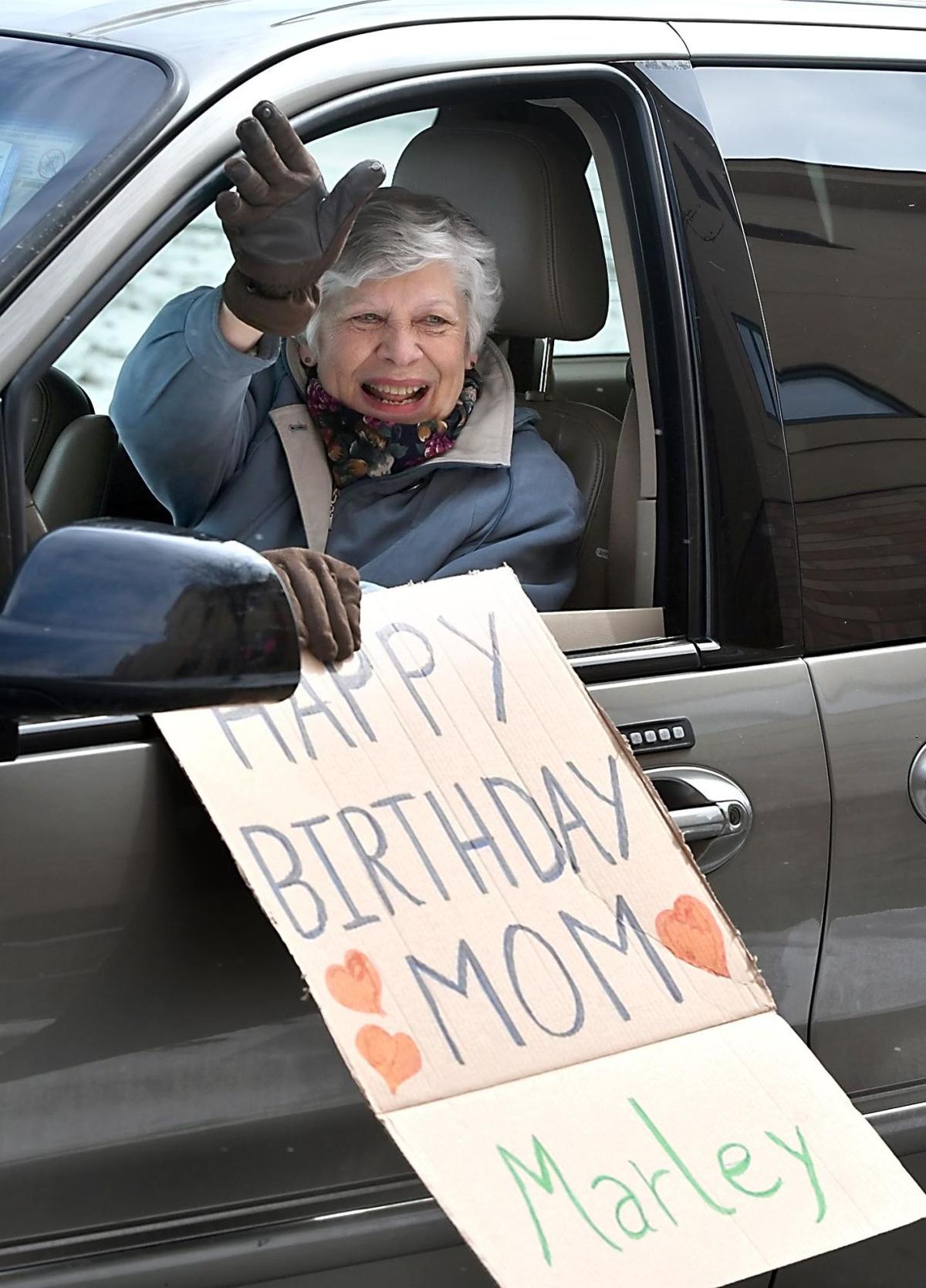 Erna Zahn’s daughter Marley Kuckhahn, 78, waves from her car as she passes her mother’s window Tuesday.

Erna Zahn waves to family and friends from her window at Oak Hills Living Center in New Ulm as they pass by outside to wish her a happy 112th birthday Tuesday.

Erna Zahn’s family and friends drive by her window holding signs and balloons on her 112th birthday Tuesday.

Erna Zahn’s daughter Marley Kuckhahn, 78, waves from her car as she passes her mother’s window Tuesday.

Turning 112 years old on Tuesday garnered Erna Zahn the honor of reviewing a parade of well-wishers as they drove past her room at Oak Hills Living Center.

“There were lots and lots of cars,” said Zahn’s daughter Marley Kuckhahn of New Ulm.

“We knew there would be a police escort, but we didn’t expect six police cars with their lights flashing.”

Oak Hills staff removed the screen from a window so Zahn could have a better view of paraders and the “Happy Birthday” signs they showed the guest of honor.

Family members came from near and far, and Zahn’s pastors, neighbors and a sheriff joined the procession.

Cindee Krzmarzick, Oak Hills’ life enrichment coordinator, sat nearby to let the birthday honoree know who was inside the vehicles.

“The parade went on for about 20 minutes. At first, Erna waved to people, then she started blowing kisses,” Krzmarzick said.

Coronavirus restrictions kept friends and family from entering the care center, and Zahn’s severe hearing loss made phone call conversations on her special day difficult if not impossible.

Still, Tuesday turned out to an enormously pleasing time for the honoree.

“This birthday was just the biggest surprise for me. I am just astonished at all of this,” she told The Free Press in response to notes sent via Krzmarzick.

The positive critique comes from a woman who says the best birthday gift ever was a horse ride on her 99th.

On Tuesday Zahn took a morning nap, then dressed up in a bright spring outfit. Staff curled her hair in preparation for the birthday celebration.

“She looks so pretty,” Krzmarzick said.

Weeks ago, a beauty shop appointment had been made for Zahn, including a hair permanent. COVID-19 restrictions thwarted that first plan because stylists are temporarily prevented from working in close contact with customers.

Before her afternoon nap, Zahn watched short videos posted on Oak Hills’ Facebook page. Her 22 grandchildren, 50 great-grandchildren and three great-great grandchildren looked straight at the camera while saying, “Happy birthday, Grandma.” Many of the kids showed Zahn their talents, such as playing musical instruments and forming human pyramids.

Fire regulations did not allow a cake with 112 lit candles inside Oak Hill; however, for Zahn, that didn’t matter. She’d requested her favorite dessert for her special day: a slice of apple pie with a piece of sharp cheddar cheese.

“We served lasagna for lunch, but Erna didn’t want to eat much. She was saving room for her pie,” Krzmarzick said.

They moved to New Ulm in 1962, where Meilahn became chair of the music department at Martin Luther College.

When April 14, 2021, arrives, Kuckhahn hopes her mom’s birthday celebration includes hugs and smiles shared face to face. In the meantime, there are greeting cards to organize.

“When she became the state’s oldest person, a lot of people sent congratulations,” Kuckhahn said. “Mom received 405 cards in December.

“There’s been a pretty good number of birthday cards coming in, and I know there will be plenty more.”

Edie Schmierbach is a Free Press staff writer. Contact her at: eschmierbach@mankatofreepress.com.