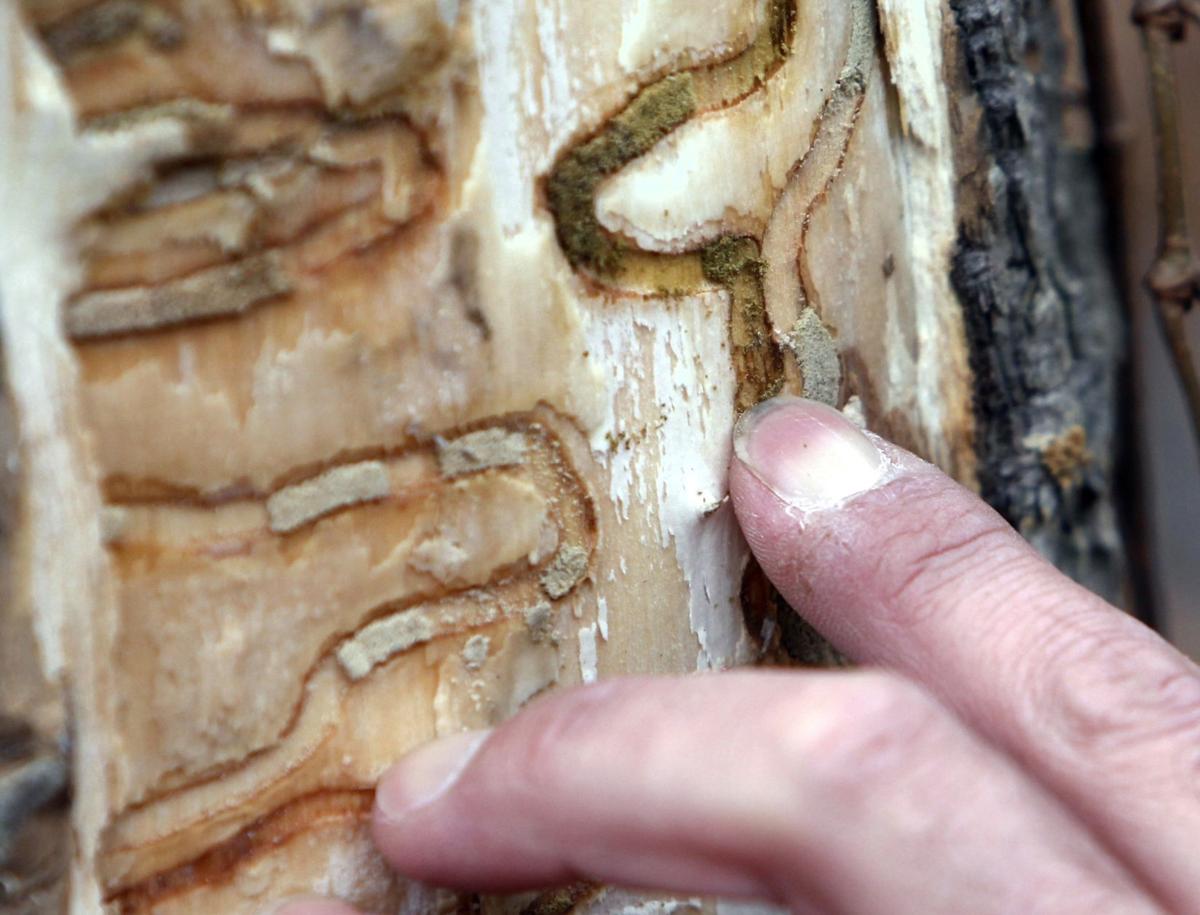 The markings left from emerald ash borer larvae on an ash tree are pointed out in tree. 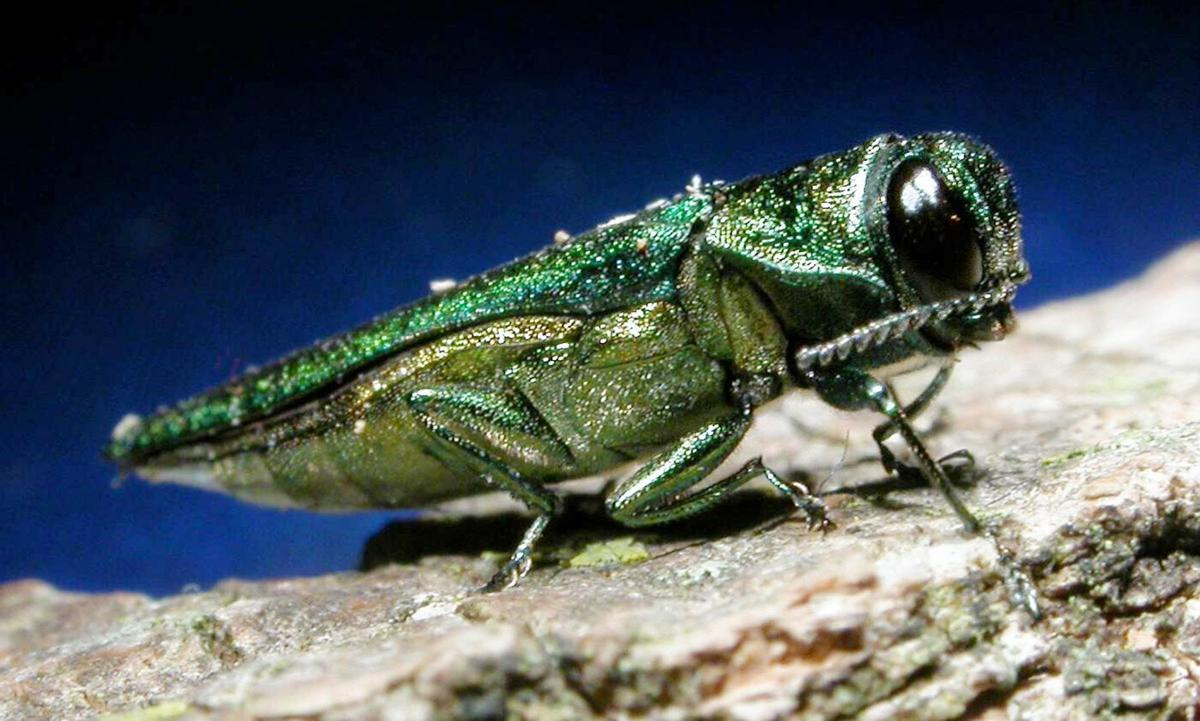 The markings left from emerald ash borer larvae on an ash tree are pointed out in tree.

The emerald ash borer is coming and North Mankato is preparing.

North Mankato Public Works Director Nate Host told the city council at a workshop this week that Nicollet County will likely soon be placed in quarantine.

That’s because last fall Brown County became the 21st county in the state with confirmed borer infestation and was put in quarantine by the state Department of Agriculture.

The quarantine limits the movement of ash trees and limbs, and hardwood firewood out of the county. The infected tree was found in New Ulm, just across the Minnesota River from Nicollet County.

“Removing and replanting ash trees will be a tremendous physical and financial challenge for the city of North Mankato and private property owners,” Host said.

He said the average cost for the city to remove a tree and stump is about $300 and replanting costs $200. The city has 1,650 ash trees on boulevards alone, meaning the cost of removal and replanting will be $825,000 spread out over several years. More than a third of all boulevard trees in the city are ash trees.

That does not include all of the ash trees in city parks and on other public land that may eventually need to be removed, and there are thousands of ash trees on private property where property owners will be responsible for the cost of proper removal.

Host said the city has been removing about 35 stressed or damaged ash trees a year in recent years but noted the pace will have to increase significantly once the infestation hits.

He said the city will continue to inspect ash trees on public property and will, free or charge, inspect any ash trees on private property if asked. The inspections include viewing the tree and removing some branches and peeling back some bark with a knife.

Host said the city will remove any boulevard ash tree, at a resident’s request, if the tree appears to be in a state of decline.

Residents will be encouraged to plant new types of trees in their yards near their standing ash trees as a way to give them time to grow before the ash trees become infected and need to be removed by property owners.

Ash trees can be treated with pesticide to try to hold off emerald ash borers. The city recommends the insecticide TREE-age be injected into the trunk rather than applied by drenching the soil or other methods. Licensed companies can be hired to do the applications, which must be done every two to three years for the lifetime of the tree.

The city has been treating some of its large ash trees, such as some at Caswell Park, that provide a lot of shade.

Host said once the county is quarantined, government entities and private property owners will have to follow state ash wood disposal guidelines. The city plans to create a separate area at its compost center for ash trees cut down by the city, private residents or tree services, and then dispose of the wood as recommended by the state.

Mayor Mark Dehen talked about the high cost that will come from properly getting rid of wood from diseased ash trees once they’re cut down.

State and local officials are seeking a $5 million annual state subsidy to continue burning much of the metro area’s ash tree waste, the Star Tribune reported. Many of the ash trees removed in there are being burned at power plants.

State lawmakers are looking at ways to fund ash wood disposal in the years ahead. One idea is to put a fee on the purchase of all trees.

Dehen asked city staff if they could check with the Wilmarth power plant in Mankato — which burns processed refuse — to see if it may be able to use the ash wood for fuel.

Emerald ash borers were first discovered in Minnesota in 2009. They tunnel under the bark of the tree and eventually cut off the tree’s ability to take up water and nutrients.

ST. CLAIR — An invasive insect that kills ash trees has been found for the first time in Blue Earth County.