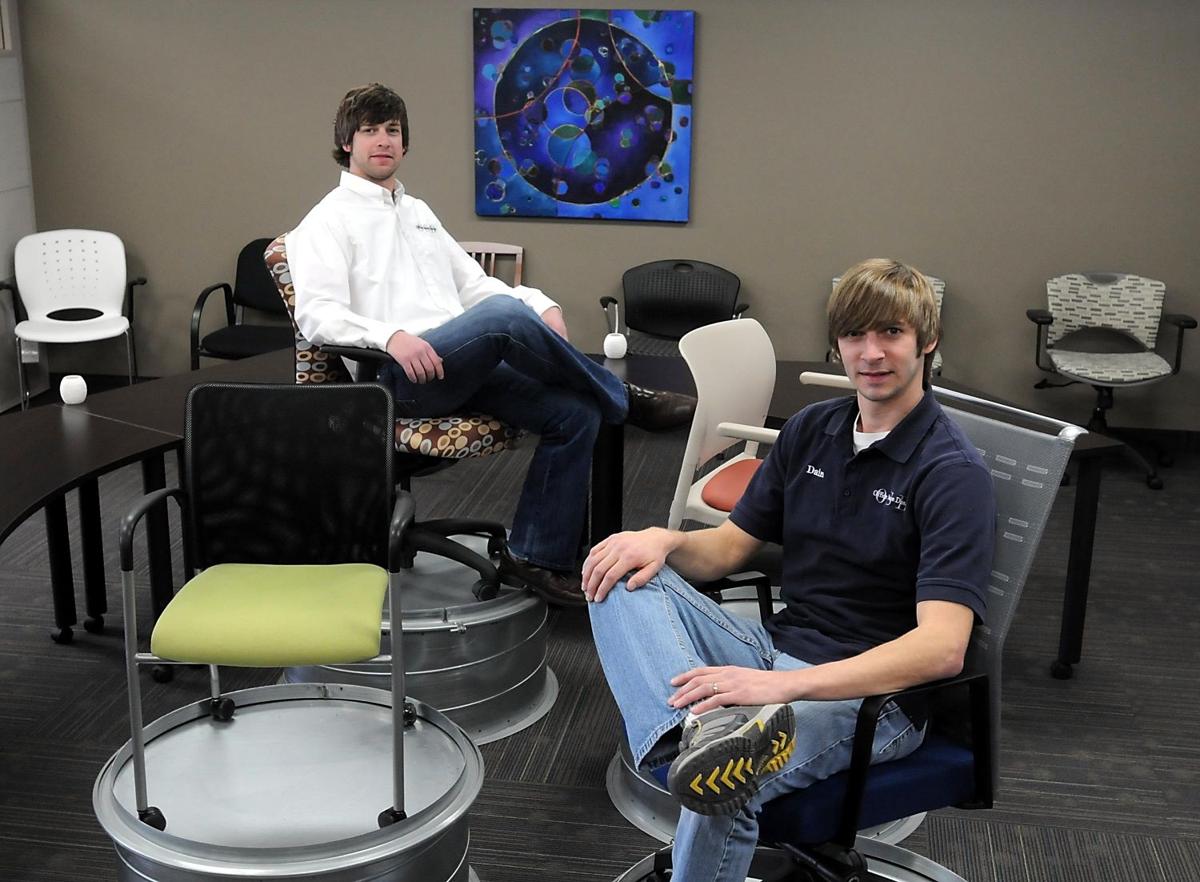 Dan White, left, is taking over as president from company founder Dain Fisher. 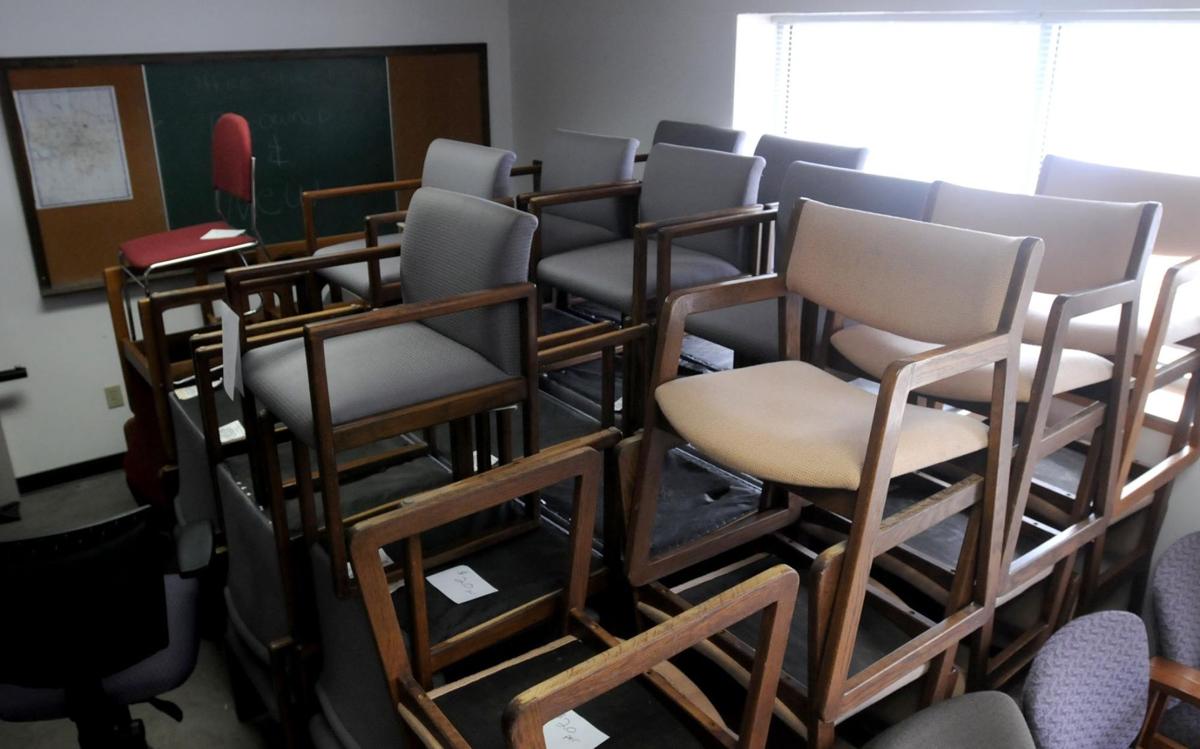 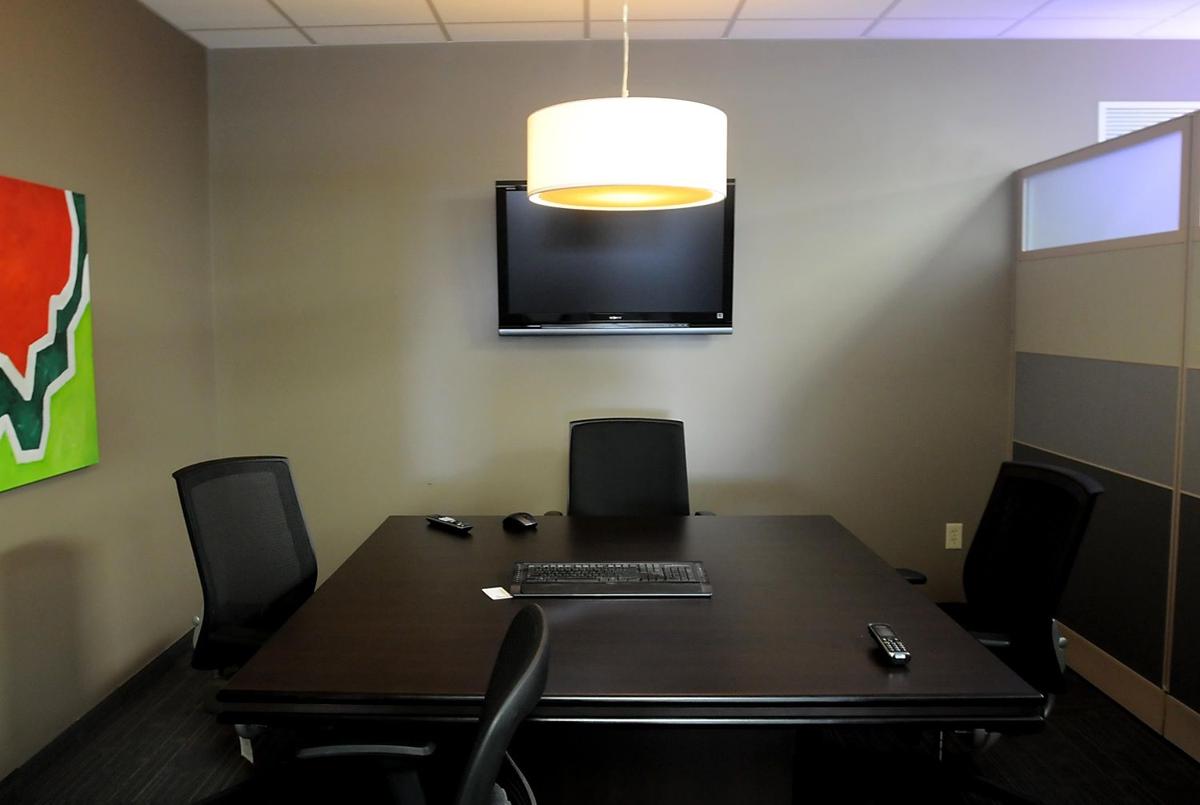 Dan White, left, is taking over as president from company founder Dain Fisher.

Dain Fisher was just 19 years old when he started Office Space Design in 2000.

He was studying business at Rasmussen College and decided to use an assigned marketing project to find a business opportunity for himself. When his original ideas — an indoor paintball arena and a music venue — didn’t yield positive results, he started looking into other ideas. And that’s when he discovered that there were no used office furniture outlets in the Mankato area.

Fisher jokes that one of the reasons he decided to start a business to fill that vacancy was to avoid flipping burgers while he was in school. But in the past 11 years, Office Space Design has grown far beyond just a college job. Today, the business employs a total of five people, occupies an almost 5,000 square-foot office and showroom in Mankato, and boasts a growing number of clients locally and regionally (including one as far away as Kansas City). It has expanded to offer new furniture in addition to used and remanufactured units and has developed relationships with furniture dealers across the country to provide access to almost any brand at almost any time.

One of the reasons the business has done so well is because of Fisher’s connections within the community. He grew up in Mankato and knows many of the local business owners —thanks in part to relationships developed by his father, Curt Fisher, a longtime business leader in Mankato. But although he recognizes that those connections have been critical when it comes to finding clients, he also knows that his hard work has helped him keep those customers.

“I’m proud to say that once you’re an Office Space Design customer, we rarely lose you,” Fisher says.

From Used to New

When Office Space Design began, the entire business was based on used and remanufactured furniture. Fisher worked with many small business owners and local startups and was able to furnish their spaces with high quality desks, chairs and conference tables at about a third of the cost of new. “They could get a good desk for $100 and a decent chair for $40,” Fisher says. “I could name several businesses that are now doing quite well, in part because they didn’t over extend themselves buying $100,000 worth of furniture when they were first starting.”

In the past decade, however, furniture manufactures have noticed the increased competition coming from used and remanufactured furniture sales and have made an effort to decrease their prices. That change, Fisher says, has led to significant growth in the amount of new furniture his company carries and sells.

“In the beginning, used and remanufactured furniture accounted for 100 percent of our business,” Fisher says. “Within the first couple of years, it was probably 90 percent. Now, it’s more like 40 percent. New is more than half of what we do.”

By the time Fisher turns 30 this spring, he will have invested 11 years of his life building and leading Office Space Design. But on May 1, he’ll swivel out of the owner/president chair and step into a new role designed to give him more time for community-based activities and other new ventures — including working as a guide for Bent River Outfitter, a new business that intends to offer kayak and canoe “eco-tours” of the Blue Earth River starting in June. He’s asked Dan White, who has worked with the company for almost two years, to take over as president.

“I’ve always been active about giving back to the community,” says Fisher, who has not only donated furniture to such nonprofit organizations as Kids Against Hunger but also co-founded Minnesota All-Stars, which was designed to help improve the health of the community. “My involvement inspired me to do more and to find more ways to impact the community.”