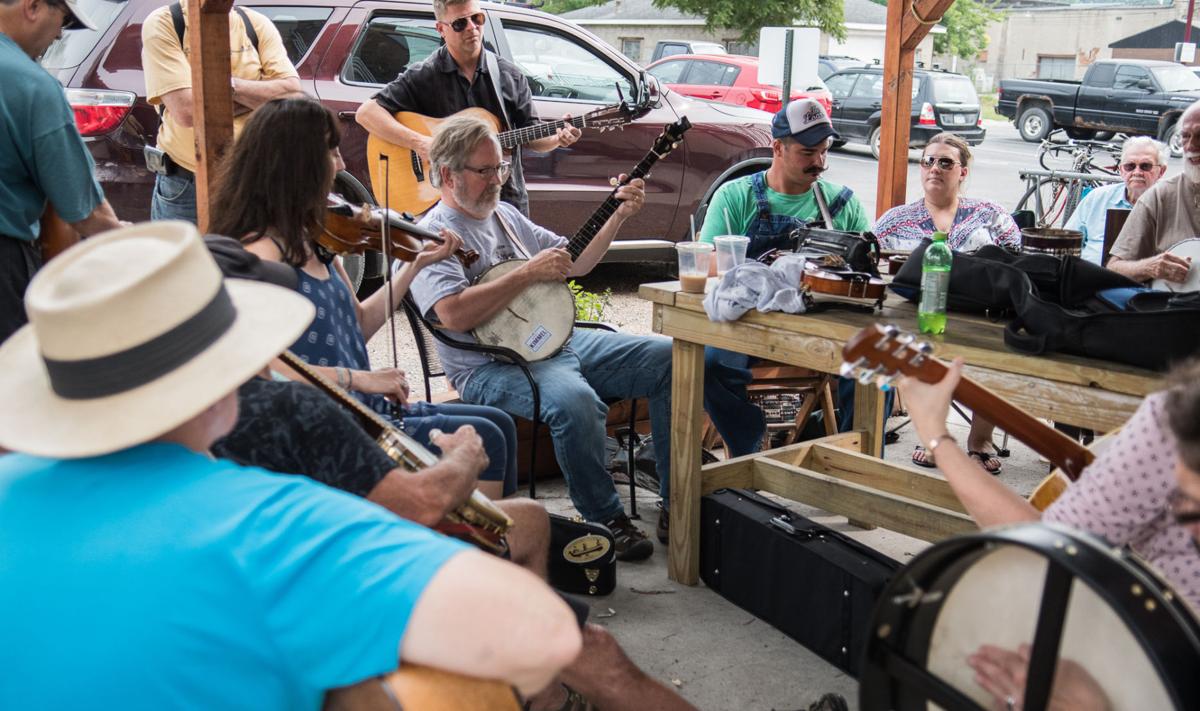 Blue Grass musician and Minnesota Music Hall of Famer Dick Kimmel (middle) picks a banjo along to "Wagon Wheel outside of The Coffee Hag Sunday where he led an acoustic jam session. Photo by Casey Ek 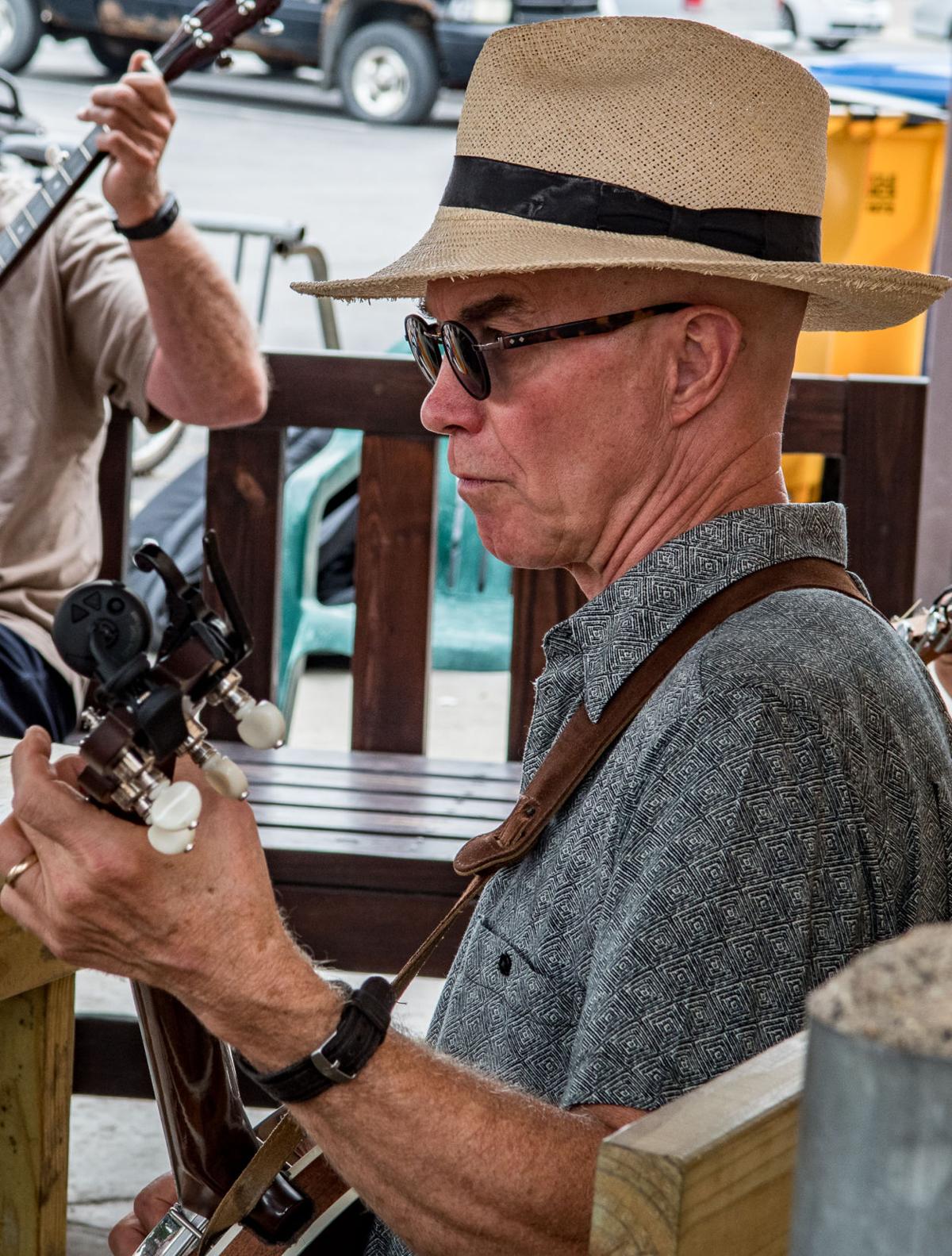 Blue Grass musician and Minnesota Music Hall of Famer Dick Kimmel (middle) picks a banjo along to "Wagon Wheel outside of The Coffee Hag Sunday where he led an acoustic jam session. Photo by Casey Ek

MANKATO — While the alley between North Riverfront Drive and North Second Street in Mankato’s Old Town has been beautified with visual aesthetics and murals recently thanks to the contributions of local artists and a city initiative, it doesn’t stop there.

The grant funded “INFUSE: Artists on Main Street” program aims to create experiences in addition to permanent art. Those include alley performances like Sunday’s open jam session behind the Coffee Hag. It’s the first of four jam sessions open to anyone who plays a musical instrument and wants to participate.

New Ulm based musician Dick Kimmel had heard about City Center Mankato’s initiative to attract foot traffic to the alleys behind Old Town businesses and saw an opportunity for making music a shared experience rather than a passive one.

“It was a great opportunity to pull people together like this,” Kimmel said. “I usually do concerts, and I was thinking why not involve everybody rather than it be just listening to a couple of artists.”

Kimmel – who tours professionally and played over 100 shows last year – still makes time in New Ulm for open jam sessions. But he says it’s been many years since he’s heard of one in Mankato.

“There’s a lot of open stages around right now – where people get up and perform for others, but there isn’t a jamming opportunity that I see around the Mankato area,” Kimmel said. “It’s real nice for people to get in a circle and share their songs with each other and let everybody play along. It’s good for the soul.”

So he reached out to Megan Flanagan, director of the City Center Partnership, to propose that music play a role in the pilot program as well.

“What I liked about his proposal was that it was very interactive,” Flanagan said. “Anyone at any skill level can come in and play along or people can sit and listen. It’s been fun watching people get out of their cars and head to the Hag; and then they stop and listen to a few songs. It adds unexpected interest to the alleyways and the parking lot area.”

Over a dozen musicians turned out for Sunday’s open jam. One of those was Ethan Becker, a guitar and harmonica player who moved to Mankato from Mapleton several years ago. He heard about the event on the Mankato Musicians Facebook group. He said they each take turns leading.

“Each person chooses a song; they tell you what key the song is in and what chords to use,” Becker said. “You just listen for the progression. You use your ears and go by that. Sometimes you fall off but typically it’s pretty easy to stay on.”

While the musicians strum away out back, Coffee Hag employee Kaleb Braun-Schulz served customers inside. A musician himself, Braun-Schulz helps Coffee Hag Owner Jenn Melby-Kelley book the entertainment. The area adjacent to the back alley now has a shelter with chairs and a table, making it a popular hang-out spot for patrons. When Kimmel approached them about having an open jam, it made perfect sense to have it at the Coffee Hag.

“We thought it was a great idea,” Braun-Schulz said. “Art and music is a huge part of what the Hag is.”

There are three more open jam sessions scheduled behind the Coffee Hag in August and September, but Kimmel hopes they will keep going indefinitely. The Artists on Main Street project will continue into October and includes visual art, performances and interactive activities. Flanagan said the projects are intended to foster a sense of community and encourage public participation.

“It’s a nice mix of permanent visual art but then also just experiences,” she said.