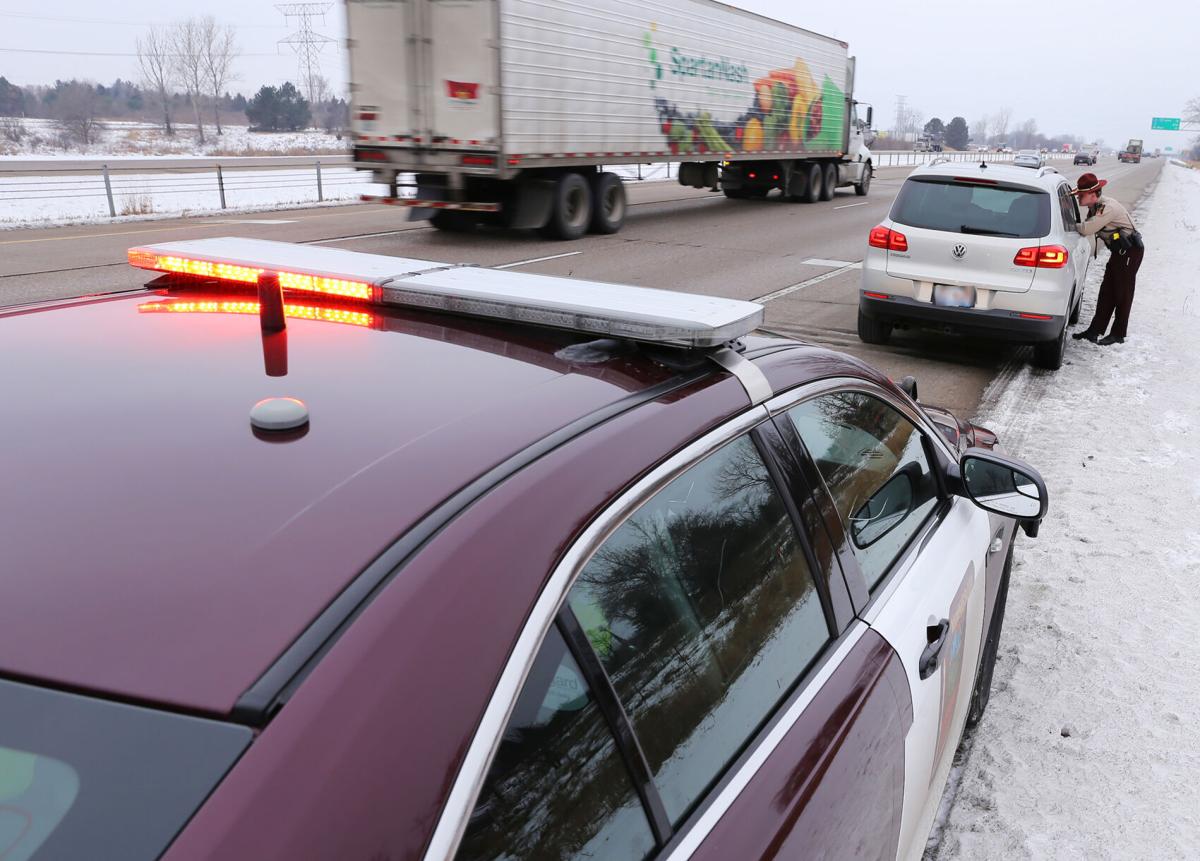 The number of fatalities caused by speeding in 2020 set a state record. Speeding citations in the Mankato region have increased dramatically in some jurisdictions with the number of citations issued by the Minnesota State Patrol for driving more than 100 mph has doubled this year compared to 2019. 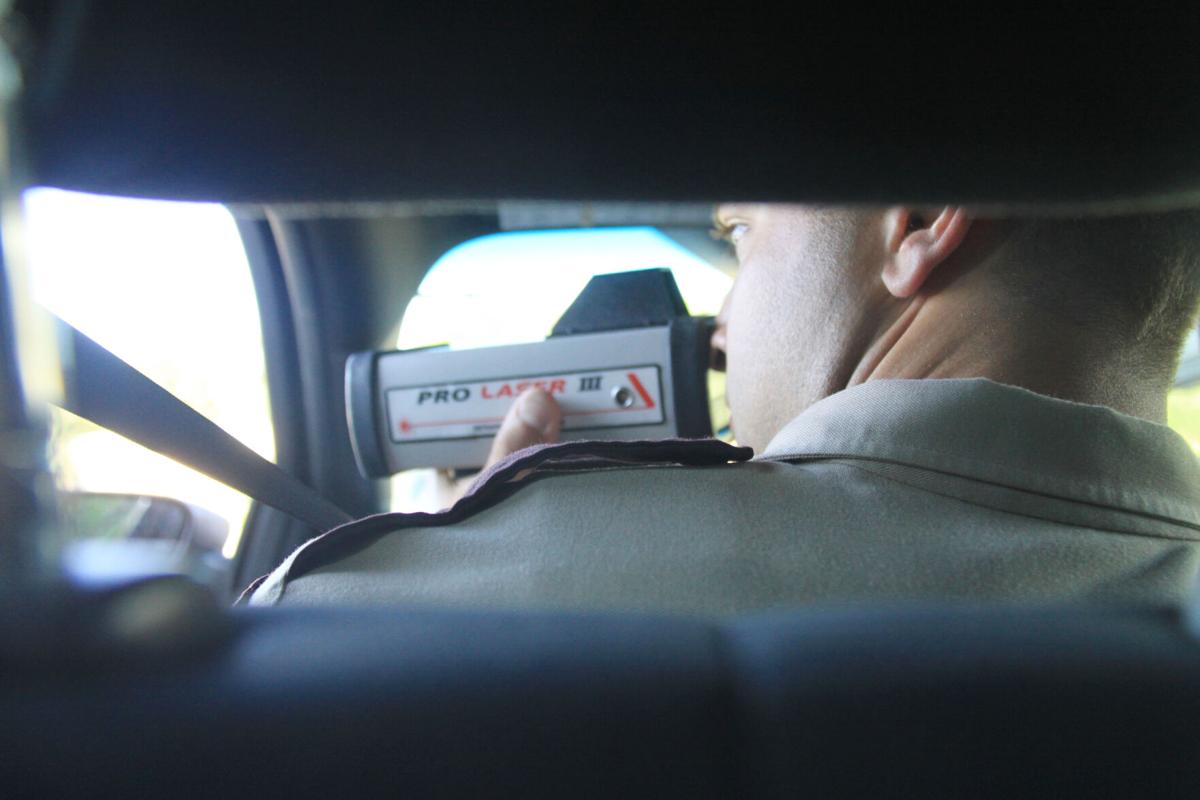 A Minnesota State Patrol trooper uses a radar gun to monitor the speeds of passing vehicles. 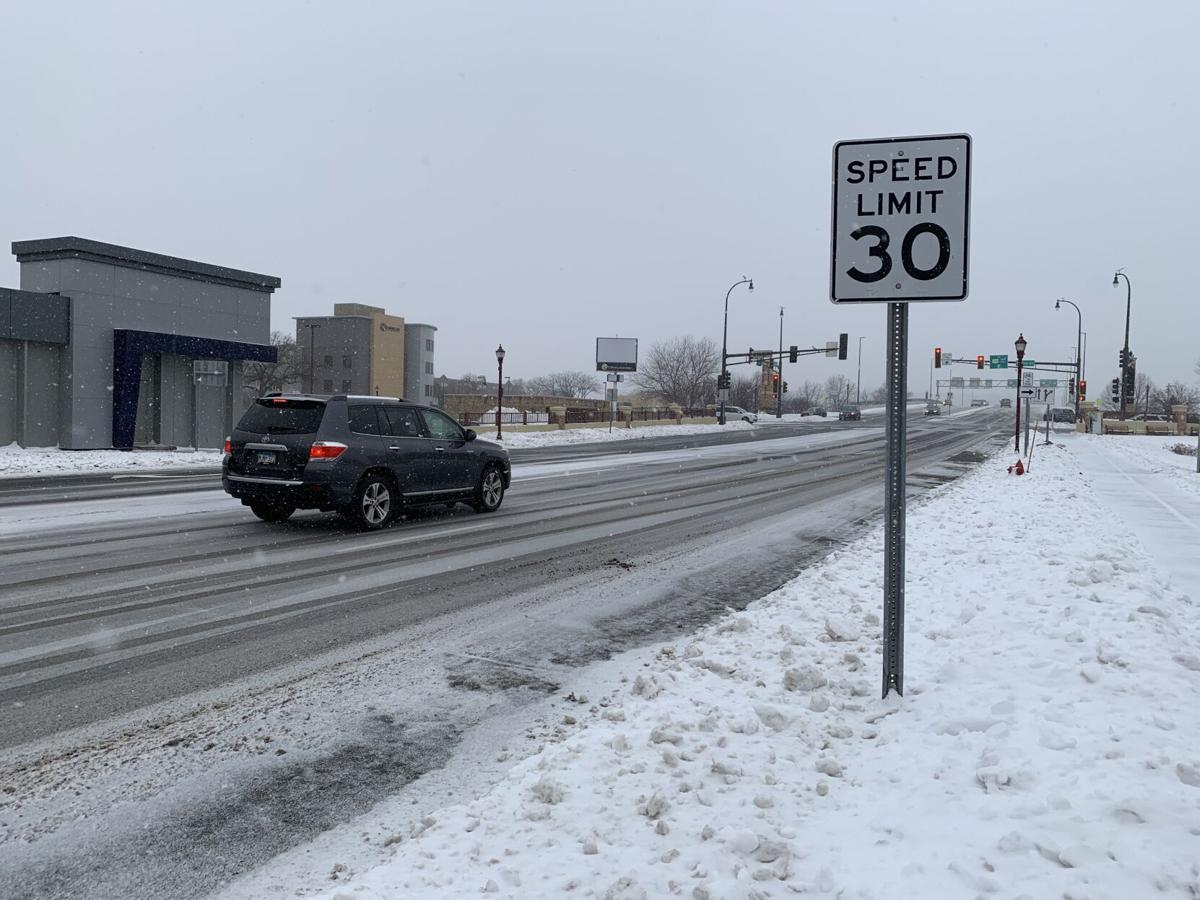 The number of fatalities caused by speeding in 2020 set a state record. Speeding citations in the Mankato region have increased dramatically in some jurisdictions with the number of citations issued by the Minnesota State Patrol for driving more than 100 mph has doubled this year compared to 2019.

A Minnesota State Patrol trooper uses a radar gun to monitor the speeds of passing vehicles.

As the state went into lockdown in March to slow the spread of the novel coronavirus, streets became eerily quiet.

The bump in morning rush-hour vehicles on the road disappeared; Friday night traffic, too, came to a halt. There was no longer an influx of vehicles in downtown Mankato on Friday nights as bars and restaurants shut their doors.

Despite the reduction in traffic, people have been driving faster: there’s been 117 speed-related fatalities in Minnesota this year as of Dec. 30, as well as a rise in citations issued for reckless driving in the Mankato region.

Citations issued by the Minnesota State Patrol for driving more than 100 miles per hour doubled compared to last year.

The State Patrol is ramping up educational efforts around speeding to try to combat the problem.

Experts say the pandemic has changed road behaviors, spurring a decrease in driving as a means of transportation and an increase in recreational driving, as other entertainment like bars are shut down. Additional stress brought on by the pandemic can also lead to more erratic driving.

A rise in fatalities

The 117 speed-related fatalities this year on Minnesota roadways is the highest in a decade. There’s been an average of 86 a year since 2010.

“With fewer vehicles on the road during the 2020 pandemic, the loss of life on Minnesota roads is beyond disappointing; it is tragic and completely preventable,” said Mike Hanson, Department of Public Safety Office of Traffic Safety director in a statement.

“While most Minnesotans are driving smart, there are a number of people who have used the lighter traffic as a license to disobey laws.”

Law enforcement are trying to remind community members that driving at faster speeds increases the chances of a fatal accident and can harm the driver and others.

“We grieve with all of those experiencing an empty chair at the table for the holidays and we beg each and every one of you to start understanding the consequences of dangerous driving behaviors,” said Sgt. Troy Christianson, a state trooper and public information officer for the State Patrol.

An increase in reckless behavior

A 21-year-old woman was racing east on Interstate 90 in May. She was pulled over by a State Patrol trooper about 20 miles west of Fairmont and issued a citation for driving 132 mph — almost double the posted speed limit.

The number of citations issued by the Minnesota State Patrol for driving more than 100 miles per hour in the Mankato region has doubled compared to the previous two years, with 48 citations issued from January through November this year. For this analysis, the region included Blue Earth, Nicollet, Le Sueur, Martin, Watonwan, Waseca, Sibley, Brown and Faribault counties.

Researchers say the increase in reckless driving during the pandemic can be related to boredom. With many unable to work and with forms of entertainment like bars and restaurants closed to indoor service, people may be turning to the roads for fun, said Doug Beirness, a senior research associate for the Canadian Centre on Substance Abuse and Addiction. Beirness has been studying how driving behaviors have changed during the pandemic.

“People aren’t able to do the things they normally do to entertain themselves. But you can still get in your car and drive around,” he said.

Beirness said various factors can impact road safety. Unemployment and other stressors people are facing due to the pandemic may prompt them to be more reckless and take out their frustration on the roads.

In Blue Earth County, local deputies reported seeing a decline in vehicles on the road and a rise in speeding during the first few months of the pandemic.

This trend was common across the country as people worked from home and many states were in lockdown to slow the spread of the novel coronavirus. Travel was down 25% from pre-pandemic levels nationwide in May, according to the transportation data firm Inrix.

Traffic levels appeared to return to normal though in Blue Earth County during the summer as businesses reopened and people began traveling again, according to local deputies.

Capt. Paul Barta, Blue Earth County investigator, said that along with the pandemic, the rise in citations issued by the county sheriff’s department could also be due to the creation of an enforcement officer position dedicated to traffic safety. The position has been in place for three years; Barta said people speeding are more likely to be caught and pulled over with another officer patrolling the roads.

Up the road in Le Sueur County, there has not been a notable difference in traffic flow and speeding this year, according to Bruce Collins, Le Sueur County Sheriff’s Office investigator.

He said a reason the pandemic hasn’t had a huge impact on driving in the county could be because there typically isn’t a large amount of traffic in the area.

There were an estimated 29,000 people living in the county last year, and there is no interstate within its boundaries. Less than 10 miles of Highway 169 runs through Le Sueur County.

The highest speed citation issued by a county sheriff deputy this year was 95 miles per hour. A 33-year-old man was cited by a State Patrol trooper in the county for driving 127 miles per hour on Highway 169 in August.

The increased speeding trends concern local law enforcement. The State Patrol has increased patrols and educational efforts to try to address speeding. They are planning to roll out a new educational program on the topic next year.

“Minnesota State Patrol troopers are very frustrated with the lack of regard for the speed limit as we continue to see drivers pushing the limits on our roads,” Christianson said.

The increase in speeding and reckless driving is not unique to Minnesota. The trend has been reported globally, according to Dr. Evelyn Vingilis, a professor in the Department of Family Medicine within the Schulich School of Medicine and Dentistry at Western University.

She said many researchers are looking at how the pandemic has changed road behaviors.

One outcome that Vingilis has noticed is that the number of vehicles on the road is directly impacted by the restrictions an area has in place. Empty roads can spur people to drive faster and more recklessly.

Beirness, another researcher, said it is too early to know how exactly the pandemic has changed the way people drive, but that there is no question that driving behavior has changed.

When people drive for fun, instead of driving to get to work, there are big differences in driving behavior, he said.

“When you’re driving for entertainment, you may think some of those rules do not apply anymore,” he said.