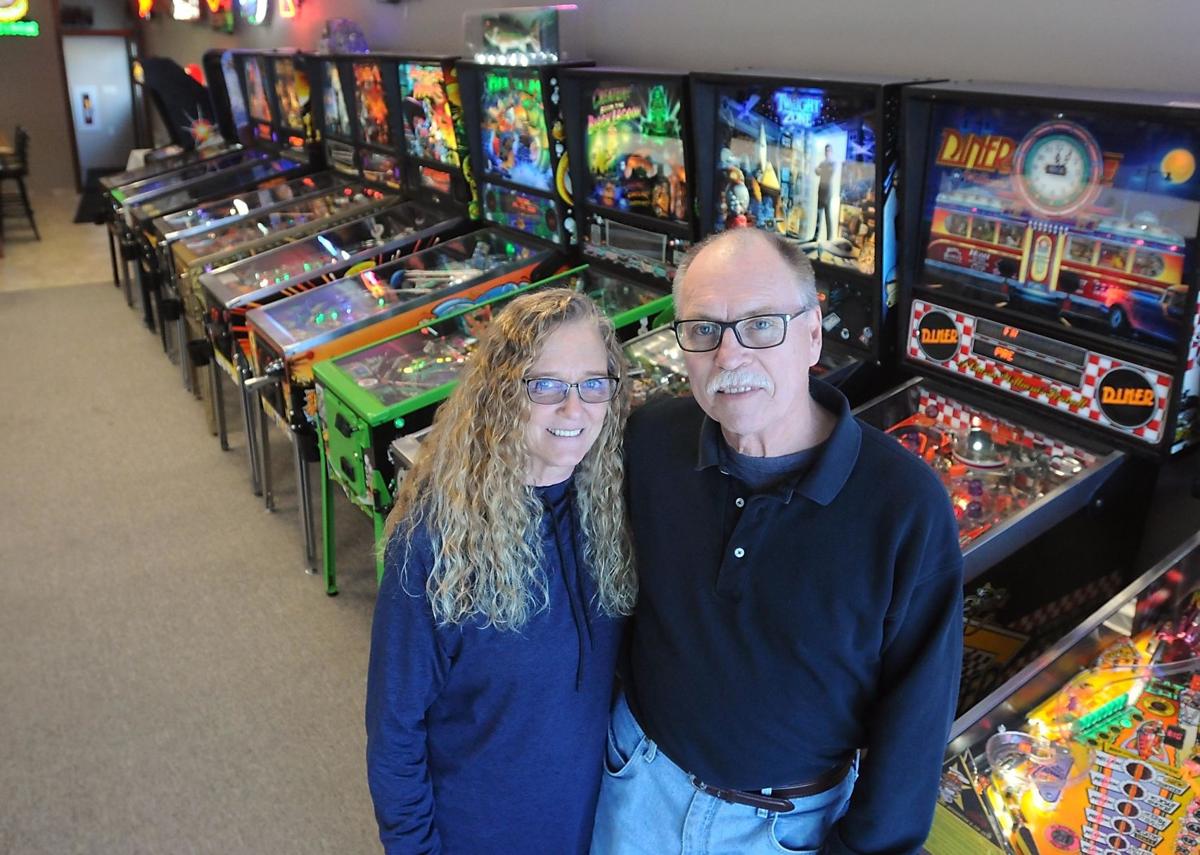 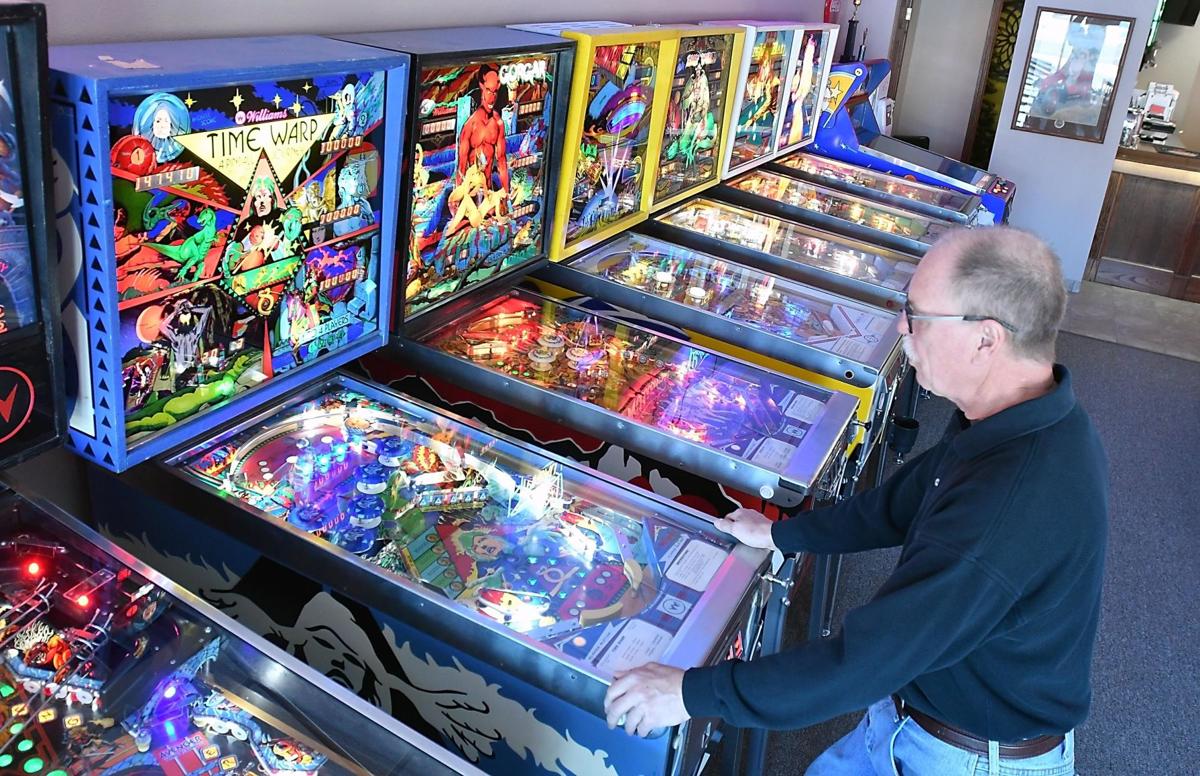 Above: John Vorwerk bought his first pinball machine in the late ‘90s. Today he has more than 130. Right: The Twilight Zone machine requires players to complete certain tasks to move on to new phases of the game. 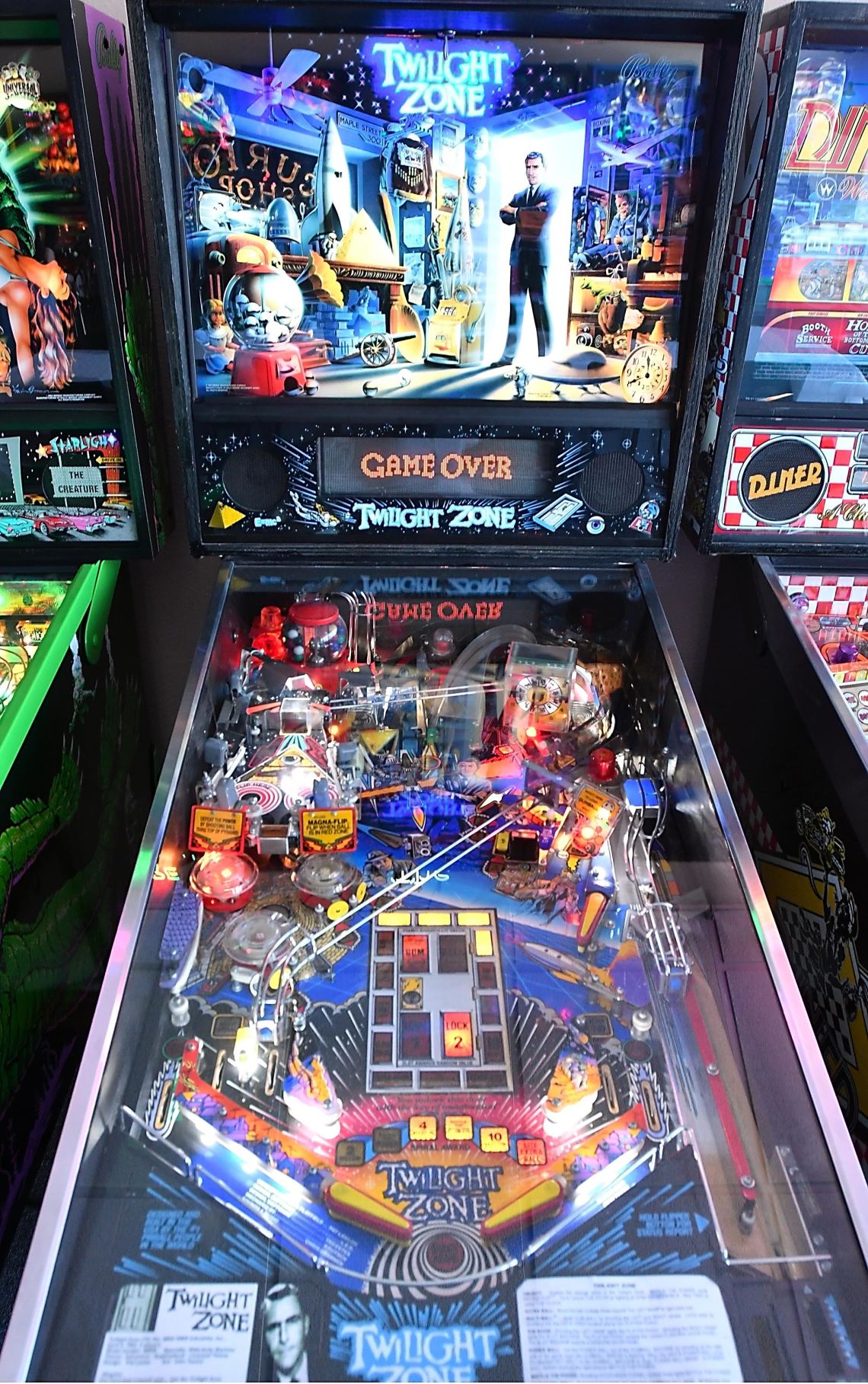 The Twilight Zone machine requires players to complete certain tasks to move on to new phases of the game.

Above: John Vorwerk bought his first pinball machine in the late ‘90s. Today he has more than 130. Right: The Twilight Zone machine requires players to complete certain tasks to move on to new phases of the game.

The Twilight Zone machine requires players to complete certain tasks to move on to new phases of the game.

When John Vorwerk bought his first pinball machine in the late ‘90s, the industry was hanging by a thread.

“Pinball was dead,” Vorwerk said. “We had one manufacturer left and that was Stern Pinball in Chicago. Arcade games were taking over and there was just less interest.”

Fast forward to 2019, and pinball games are experiencing a revival of sorts; and manufacturers are jumping back into the game. To meet that growing demand, Vorwerk and his wife Phyllis opened the Pinball Place in New Ulm.

It’s an arcade devoted entirely to pinball; the only exception being a classic Asteroids game from 1979.

On a chilly Saturday evening, the warm glow of lights of all colors at this New Ulm storefront beckon passersby to come in from the cold. At their fingertips are 24 pinball machines — a mix of retro games from the 1970s all the way up to newer editions. Players pay a flat fee in exchange for unlimited games on any of the machines.

“Instead of pumping quarters into a machine over and over again, you throw down $20 and you can play any machine you want for as long as you want,” said Paul Neyers, who met the Vorwerks while working at Mona Lena, a restaurant and bar in New Ulm owned by his wife. “It’s nice to have the variety, and it’s a way to kill a little bit of time and have a lot of fun.”

On Sundays, the Vorwerks offer discounts for families. The business, open on weekends, began as a venue for private parties, but then some of those customers suggested it would be nice to come in and play on their own. In response, the couple held a grand opening for about 50 people in January 2019. Along with locals from New Ulm and Mankato, pinball enthusiasts came down from the Twin Cities to experience the only pinball arcade in south-central Minnesota.

“We had a couple come down from Edina just to play the Octoberfest machine,” Phyllis Vorwerk said. “They found out we had one here; the next closest machine is in Fargo.”

John Vorwerk became fascinated with pinball machines during their heyday in the 1970’s when he bartended to support himself while in college. His first pinball machine purchase was somewhat of a fluke — Vorwerk was actually looking for Corvette parts on eBay when he came across a Corvette-themed pinball game. Once he bought that one, he found more at C & N Sales in Mankato. Later on a trip to a pinball convention in Texas, he loaded 60 into a box truck and brought them home.

Today he has 130 pinball games, some which are fully operational, and others that need some repairs. Along with the 24 games at the Pinball Place, he has another 20 at home, 60 in the basement/repair shop of the Pinball Place, and about 20 more at another location.

“The idea is to rotate them,” John Vorwerk said. “If it’s something I can‘t fix on the floor, we’ll take it down to the shop in the basement to repair and replace it.”

The machines John Vorwerk has acquired come in various levels of disrepair. He’s mostly self-taught through online tutorials and said many of the machines are similar, which makes it easier to repair the plungers, ramps, bumpers and circuits that make the game playable. The older machines are electro-mechanical — meaning the switches, relays and contact points are magnetic — while the newer versions are digital.

A look inside of a pinball machine reveals a complex web of wires and circuit boards.

“It’s a little overwhelming when you look at all of it, but when you break it down to one little task at a time, that’s the way to fix it,” John Vorwerk said.

Some of the older pinball machines John Vorwerk has acquired go back nearly a century. At one point he had one from the 1930’s that came from a bar in New Ulm. The game itself has a history going back to the 17th century. Back then, it was a gravity based game. By the 1920’s, the games had lights fueled by batteries, but it wasn’t until 1947 when flippers were introduced that the game began to closely resemble their current format.

“Some of these you open up and literally there’s a mouse nest in there and all kinds of other stuff,” Vorwerk said. “You vacuum it all out and then see what parts are laying out. We completely disassemble them all the way down to the sheet of plywood. We’ll put them in a polish tumbler, or through the dishwasher.”

Vorwerk said they generally have two kinds of players who visit the Pinball Place. Some players just want to shoot at some targets and block the ball with flippers, while more experienced gamers want something they refer to as “deep rules.” He said the 1990’s game, the Twilight Zone, is a perfect example of that. Players have to complete certain tasks to move on to new phases of the game, where different parts of the board light up based on completing a set of goals.

While there is a subculture of adult pinball game enthusiasts, Phyllis Vorwerk said parents also bring in their children. While some kids may be skeptical at first, it doesn’t take long for their enthusiasm for the game to take over.

“We’ll have kids that will come in here and say, ‘I don’t want to be here. I want to go home,’” Phyllis Vorwerk said. “And then they’re dragging them out of here screaming, ‘I want to stay!’ Once they get exposed to it and figure it out, it’s really surprising how fast the little kids catch on to the flippers and keeping the ball up. It’s just fun to watch.”

John Vorwerk said they are looking to increase the number of games offered by expanding next door, and they’ve established a pinball league for regular customers. Neyers, who competed on the league last fall, said it forces him to try some of the games he’s unfamiliar with. Overall though, he said visiting the Pinball Place is a great way to unwind and socialize.

“I’ll come in frequently for a half-hour or an hour,” Neyers said. “We’ll sit and chat and I’ll go play the machines.”