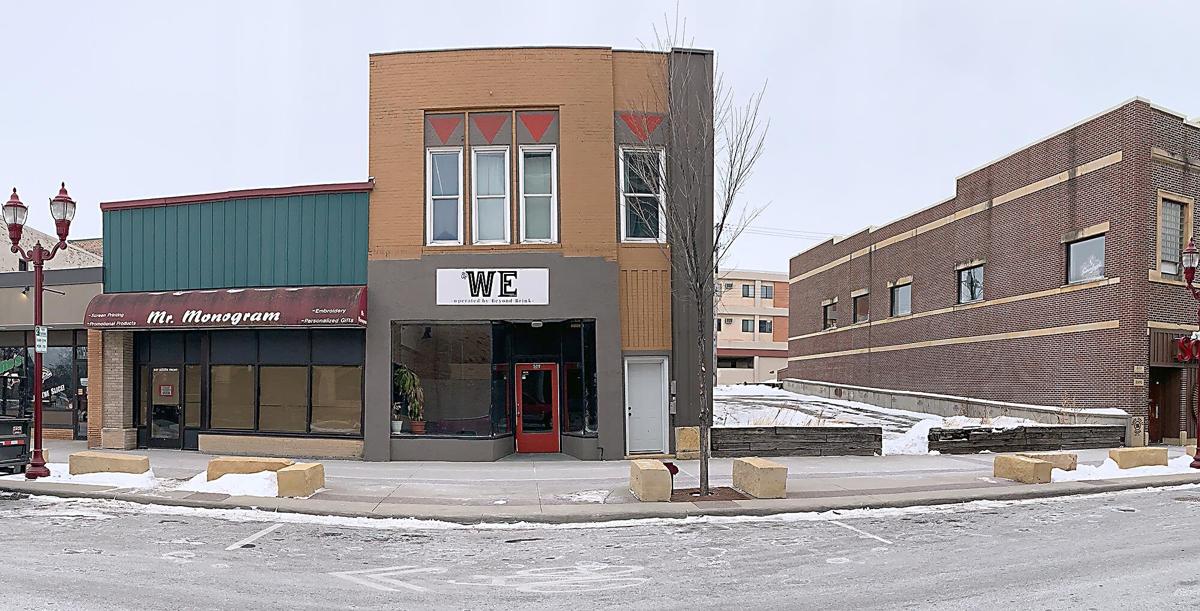 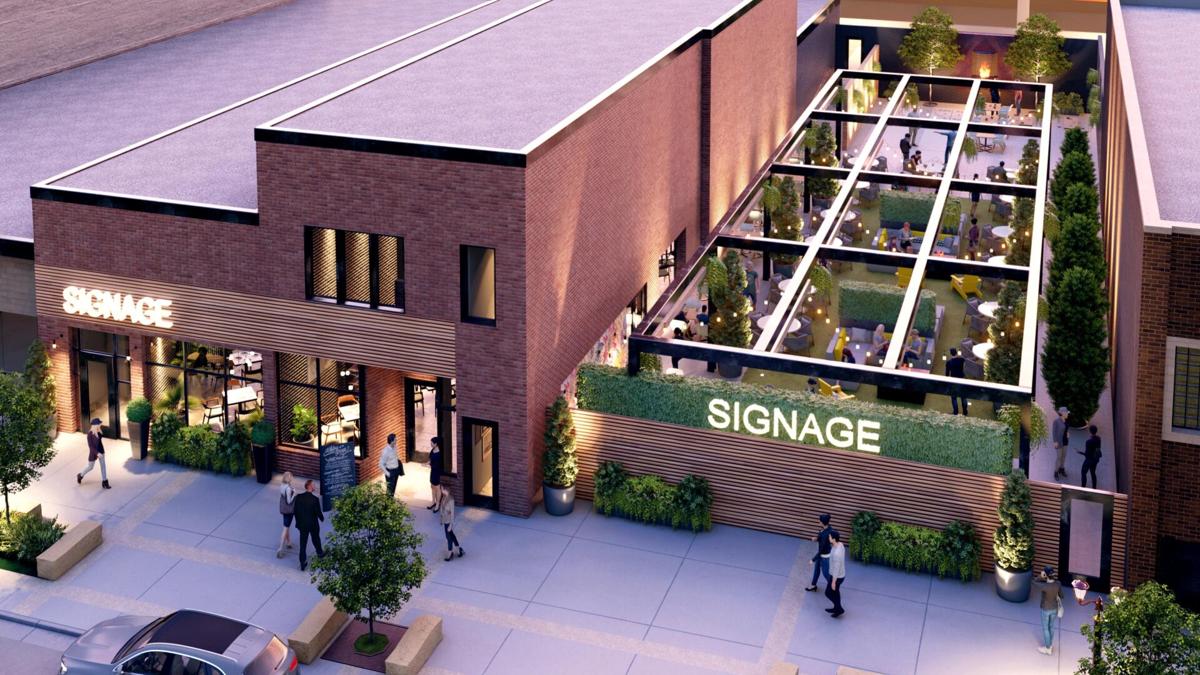 An architect rendering of a new bar at 507, 509 and 511 South Front Street that is being proposed by Eric Hayes. 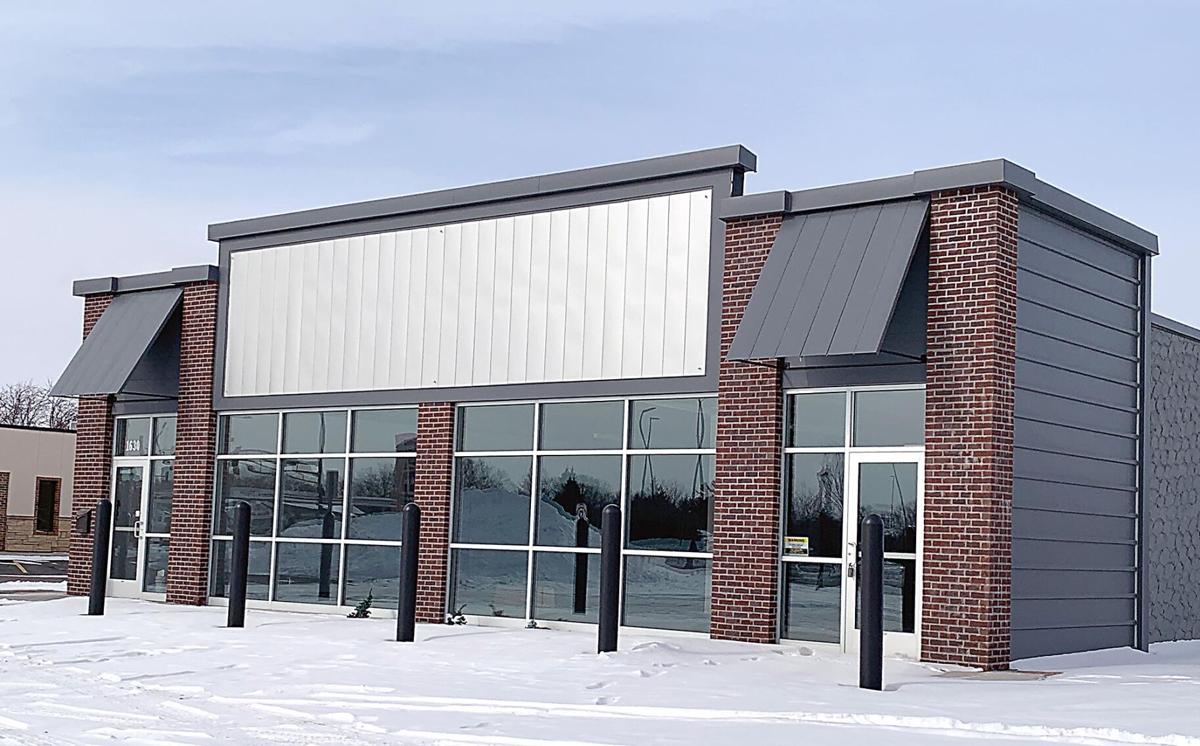 The former Mexican Village restaurant building on Madison Avenue is to open as the Cork and Key liquor store. The building, which was recently renovated, was used in recent years as a seasonal shop by Halloween Express.

An architect rendering of a new bar at 507, 509 and 511 South Front Street that is being proposed by Eric Hayes.

A number of new development projects are in the works, but one that many had been looking forward to — a new Popeyes Louisiana Kitchen — is not going to happen.

The owner of Red Rocks nightclub, which lost its lease in Mankato Place last year, has plans to relocate on South Front Street, with architect renderings showing the renovation of two buildings as well as creating an outdoor seating area on what is now an adjacent parking lot.

On the hilltop, Johnson Outdoors has submitted preliminary plans for a possible expansion to its manufacturing facility, coming on the heels of an expansion there a few years ago.

A new liquor store is slated in the former Mexican Village restaurant building on Madison Avenue.

The hilltop Hy-Vee is responding to the surge in online ordering and pickup by planning to add a small building, canopy and drive-thru lanes to accommodate their “Aisles Online” pickup service.

And the MoonDogs are planning to add suites at Franklin Rogers Park.

For all the fans of Popeyes Louisiana Kitchen who were waiting to savor Voodoo Tenders or fried chicken, Bryan Paulsen has bad news.

“It’s dead,” said Paulsen, an architect with ISG in Mankato.

Last September Popeyes announced it would open in the strip mall that contains Five Guys and Jersey Mike’s, between Applebee’s and the hilltop Hy-Vee.

Paulsen and others at ISG were working with the building owner and Popeyes to draw up plans for the site, including adding a drive-thru. Paulsen said the building’s owner told him Popeyes corporate decided to pull the plug on the Mankato project.

Popeyes did not respond to a request for information.

The decision to cancel the project doesn’t appear to have been caused by any financial difficulties by the chain, as the pandemic has had no effect on earnings. While some chains have been hit with lower sales, Popeye’s business has soared, with same-store sales rising nearly 20% in the last quarter, continuing the company’s yearlong run of strength.

If local fans of the chain want to cast blame for why Popeyes may have moved its focus away from Mankato, they could look toward China.

Popeyes announced plans to expand the chain’s presence around the world, beginning aggressively in China, where it plans to open over 1,500 restaurants in the near future.

The popular chain is known for its fried chicken and seafood, including shrimp and Cajun fish, as well as wraps and sandwiches.

The chain, which has more than 3,000 locations worldwide, was started in Louisiana in 1972 by 28-year-old Al Copeland. It grew within the state, becoming a Louisiana icon, before expanding across the country.

Eric Hayes, who owned the Red Rocks bar in Mankato Place, has plans to convert two vacant buildings and a parking lot on South Front Street into a bar.

Hayes closed Red Rocks nightclub last year after not being able to come to an agreement on a new lease.

Plans filed with the city show Hayes plans to use two vacant buildings, at 507 and 509 South Front St., as well as a parking lot next to the 509 property. One of the buildings had housed Mr. Monogram, which has moved to an online-only store, and the other had several tenants in recent years including a studio and a counseling center.

Plans depict space for 78 customers and 55 seats. The floor plan shows 15 seats at the bar and 10 tables with four seats each, as well as a game room area.

The architect drawing shows the existing parking lot would be converted to an outdoor seating area, with an arbor and hanging heaters above.

Plans do not indicate whether the new bar would carry the Red Rocks name.

The plan shows two off-street parking stalls at the rear of the building. City requirements for that size bar call for 20 parking stalls. Hayes plans to acquire the 18 additional stalls from the parking assessment district. Downtown businesses without enough on-site parking are assessed by the city to help cover the cost of public parking spaces, including in nearby ramps.

Hayes’ new bar will not serve food. That meant Hayes had to get special permission from the City Council to move his liquor license from his former Red Rocks location. In November the council agreed to amend Mankato’s 2007 liquor ordinance, which prohibits new bars that generate virtually all of their revenue from alcohol. Since then, all but four bars in the city have been required to get at least 20% of their gross revenue from the sale of food.

The four exceptions — Red Rocks, the Underground Bar and Grill, the South Street Saloon and The Square Deal — were grandfathered in because they didn’t have kitchens and couldn’t reach the 20% threshold.

The ordinance, however, required those four bars to install a kitchen and meet the food standard if they ever shifted their liquor license to a different property.

Hayes successfully argued that the provision gave his landlord at the time extraordinary leverage in lease negotiations. The council amended the ordinance to allow the grandfathered license holders to move their bar without having to meet the food requirement.

Carter Person, owner of the Flask bar in downtown Mankato, is planning a liquor store called Cork and Key in the former Mexican Village restaurant building.

He is expecting to open the business next month.

Person is part of the Person family that owns Number 4, Dino’s, Tav on the Ave and other restaurants.

Online grocery shopping has skyrocketed during the pandemic and the hilltop Hy-Vee is aiming for a more orderly, convenient and protected area for shoppers to pick up their orders.

They plan to build a 1,200-square-foot building, canopy and drive lanes on the south side of their building, alongside Adams Street.

Customers would enter the area near the drive-thru by the pharmacy area but would be directed to the building and canopy area for grocery pickup. Customers would exit onto Adams Street after picking up orders.

The MoonDogs have submitted plans to the city to add suites to Franklin Rogers Park.

The proposal shows the construction of two-level suites in the right field area of the ballpark. The suites will be 1,100 square feet per level and able to accommodate about 69 people.

A walkway will be constructed to the suites.

The company has submitted plans to the city for a possible addition to their production and storage facility in Mankato, just west of the Walmart distribution center.

Several years ago Johnson built a new facility in the Eastwood Industrial Park, relocating from its longtime Madison Avenue site. A few years ago the company added on to accommodate more production and storage.

The current plans submitted to the city show a potential two-story addition on the east side of their facility for storage, operations and offices. The ground level would be 92,000 square feet and the second level 26,000 square feet. If pursued, the addition would bring the building to 330,000 square feet.

Production in Mankato focuses on Minn Kota trolling motors and Cannon Downriggers. The Mankato facility is the only one in the U.S. making Minn Kotas.

Johnson Outdoors reported a record 2020 with revenues growing 6% to $594 million.