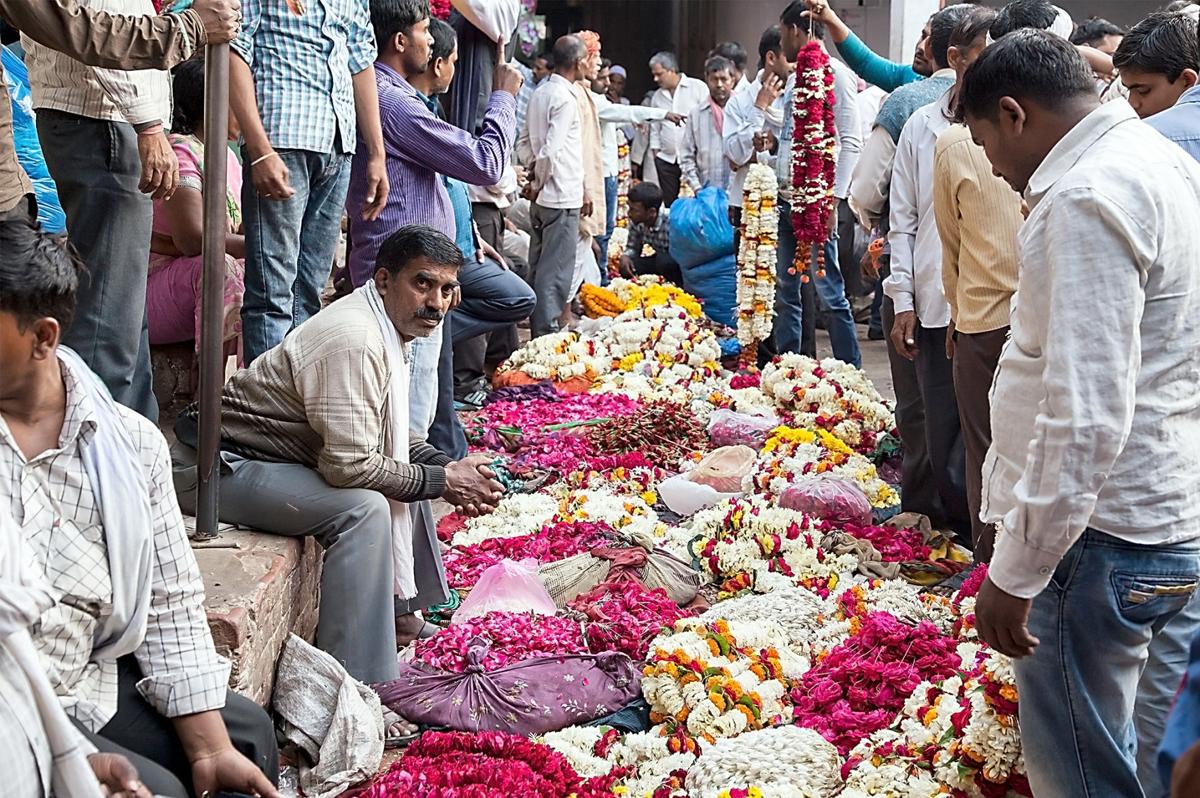 A visit to a flower market outside the Golden Temple in Varanasi, India, inspired the title of Priscilla Briggs' exhibit, "For the Gods." When Briggs picked up a garland to smell, a temple guide told her, “The smell is not for you, it is for the gods.” Courtesy Priscilla Briggs 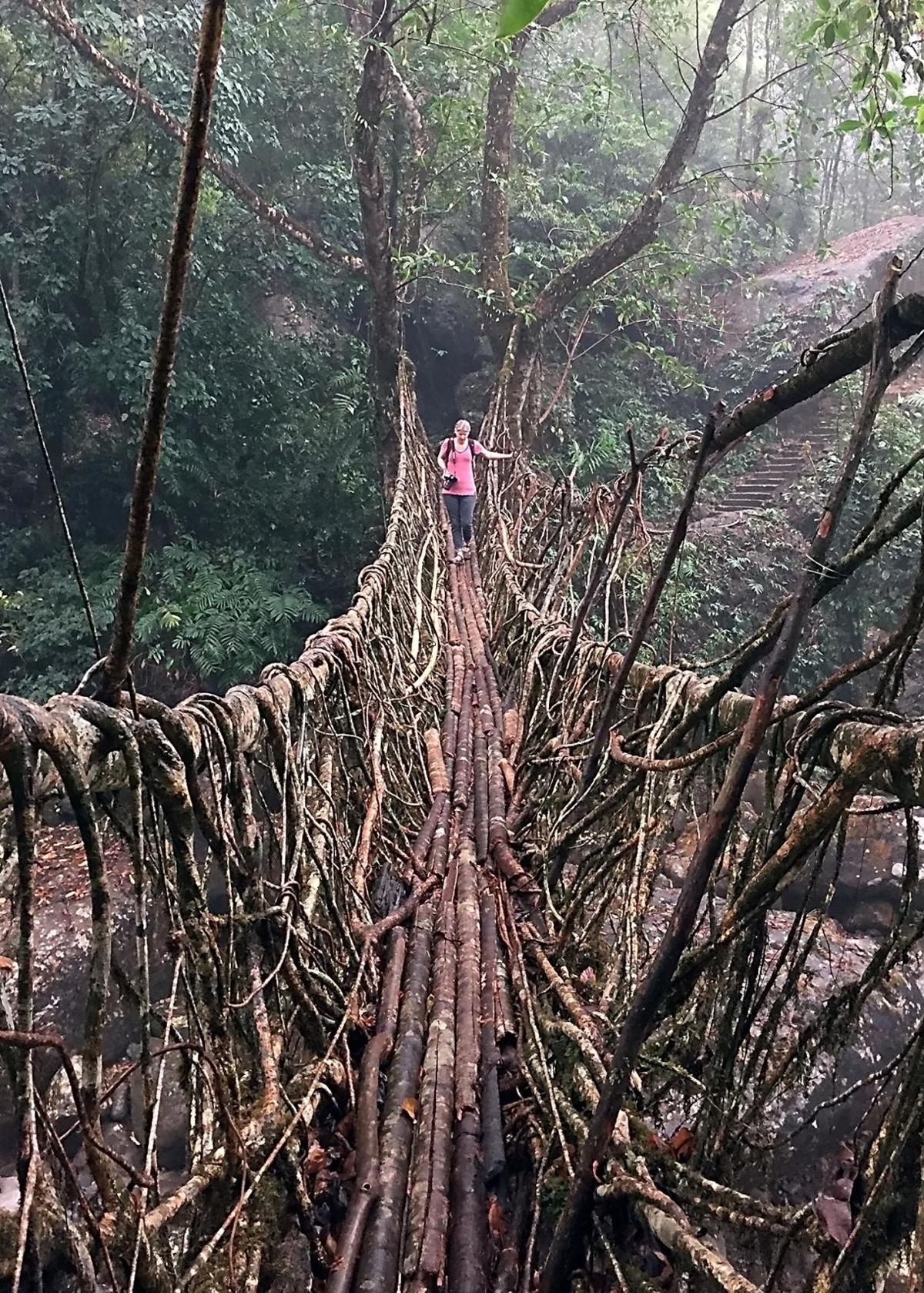 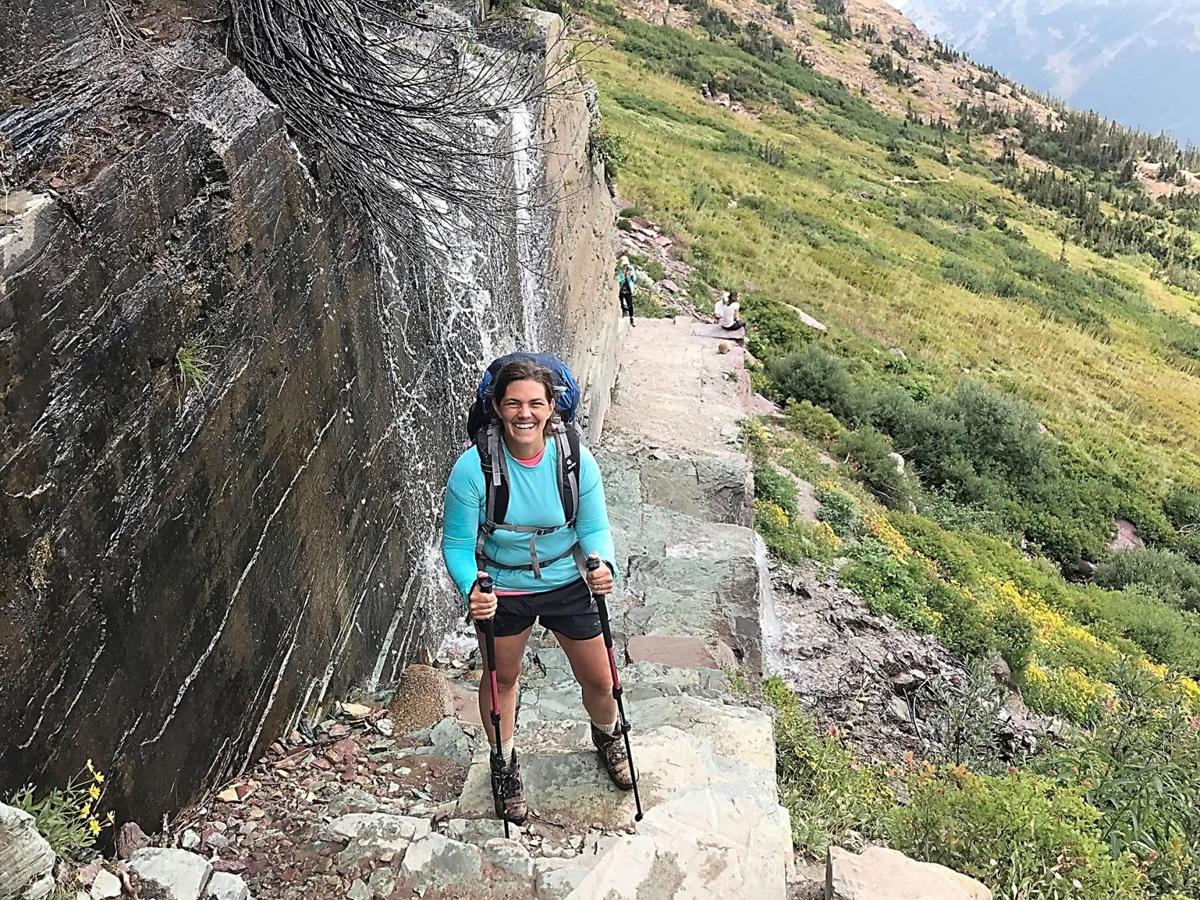 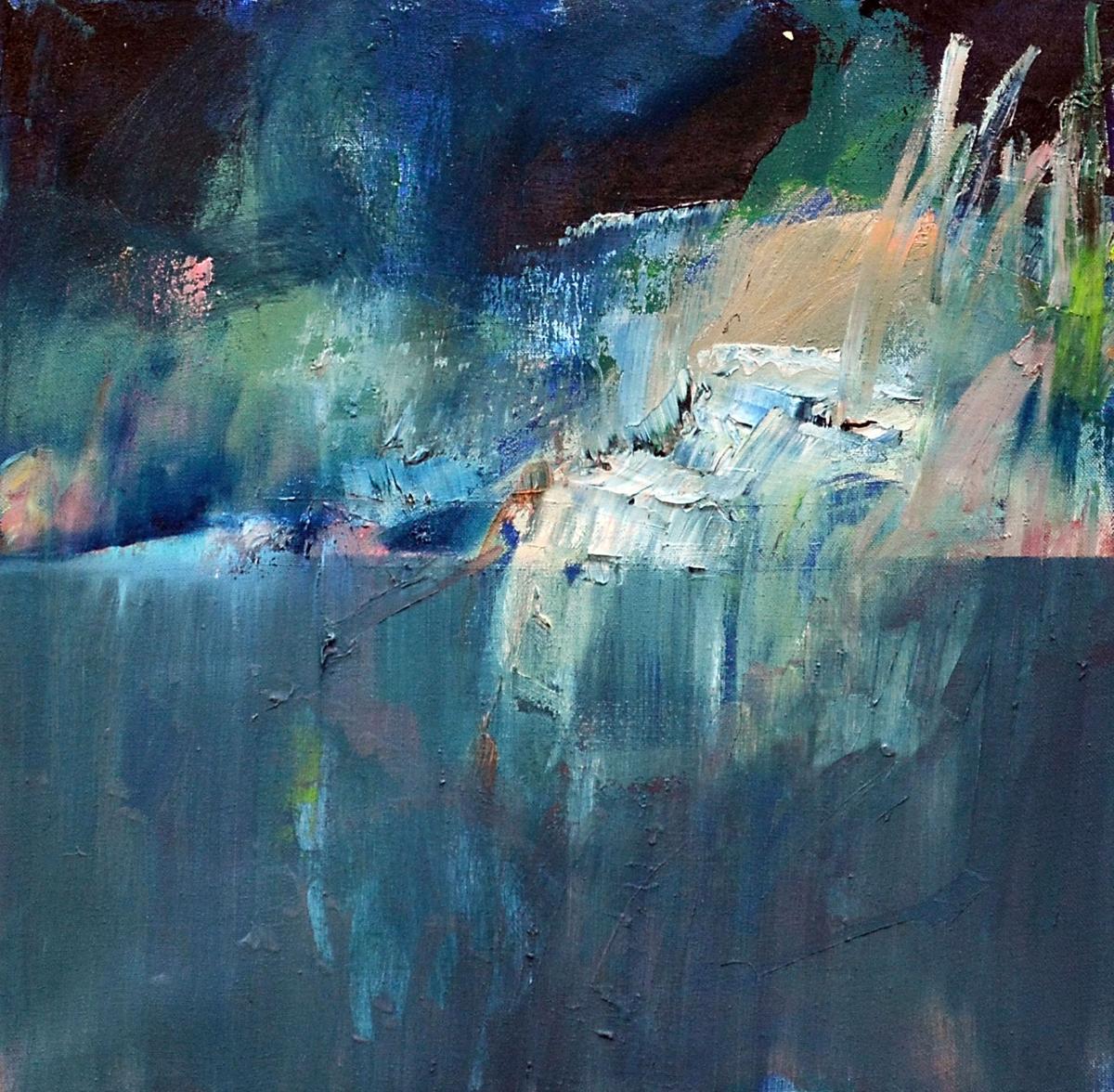 A visit to a flower market outside the Golden Temple in Varanasi, India, inspired the title of Priscilla Briggs' exhibit, "For the Gods." When Briggs picked up a garland to smell, a temple guide told her, “The smell is not for you, it is for the gods.” Courtesy Priscilla Briggs

Byers' works include a 24-foot long oil painting and were inspired by a trip to Glacier National Park.

Last summer she sketched the Montana glaciers and met with an ecologist who was been studying glacial melt in the park for decades. Later she compared decades of historical images of three of the park's glaciers.

The shapes of the glaciers are true to their real form but Byers took some artistic liberties with color and texture to elicit a more emotional connection from the viewer.

“I don't want to just illustrate the change. I want the change to be felt,” she said.

The centerpiece is a 24-foot-long by 7-foot-tall oil painting that simultaneously depicts a glacier in its present form and over its history. A grant from the Prairie Lakes Regional Arts Council, with funding from the McKnight Foundation, supported the piece.

Byers said she fancies large-scale paintings because they allow her to “simulate experiences of the natural world in a re-imagined way.”

The painter doesn't describe herself as a climate change-reduction activist. She said her glacier study is the latest incarnation of how she long has used art to explore “how we are connected to the natural landscape in different ways.”

Briggs' show includes just seven photographs — some of them mural sized — selected and arranged to show contrasts she observed during a trip to the Bangalore region of India last year. The booming city has become known as the Silicon Valley of India. Briggs went to explore the environmental and economic impacts of its rapid growth.

Briggs said she was most struck by wealth disparities in close proximity. Shack villages are located just feet from mansions, for example.

One of her images is of a river with a top layer of foam that Briggs said is visually beautiful. But the foam is comprised of toxic substances, the professor said. Across from that photograph is another image with congruous lines of a lavish pool in a gated upscale community.

“I hope it gets people thinking about the consequences of industrialization on the environment and on people,” Briggs said of her exhibit.

Exhibits by Betsy Byers and Priscilla Briggs are on display through Feb. 25. The Rosalux Gallery is open to the public from noon to 4 p.m. Saturdays and Sundays and is located at 1400 Van Buren St. NE in Minneapolis.

Byers will give a lunch lecture about her glacier study and art at 11:30 a.m. Feb.21 at the Gustavus Adolphus Arboretum Interpretive Center. Buy tickets at www.gustavustickets.com. Byers also is giving a talk at the Rosalux Gallery at 1 p.m. Feb. 25.