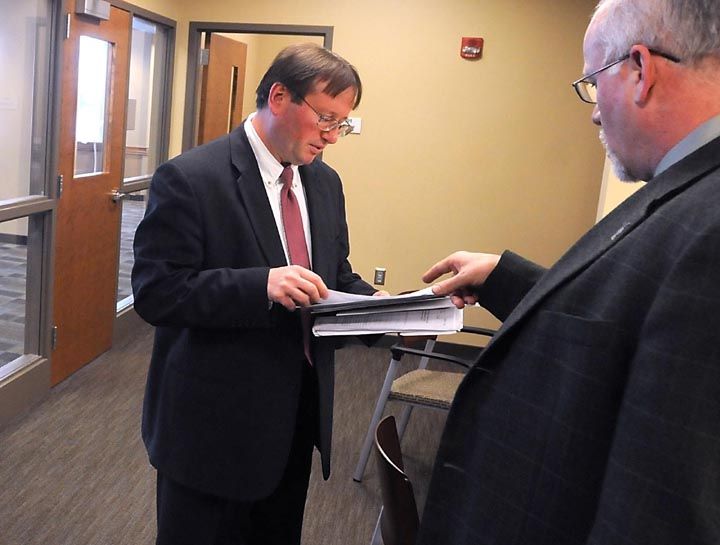 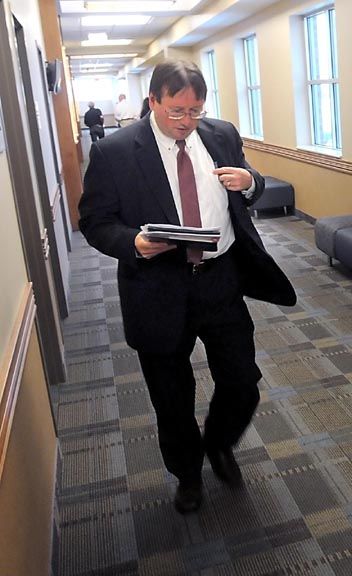 It’s not uncommon for Rich Hillesheim to rush between a courtroom and the administrator’s office as he balances his busy public defender caseload in Blue Earth County.

It’s not uncommon for Rich Hillesheim to rush between a courtroom and the administrator’s office as he balances his busy public defender caseload in Blue Earth County.

Hillesheim, who works as a public defender, was already dealing with a suspect facing serious child pornography charges when his unexpected client was brought to the courtroom without an attorney. The man, who had been pulled out of another courtroom because he had a warrant for his arrest for a driving violation, seemed confused. He explained he didn’t understand what was going on.

If Hillesheim hadn’t stepped in to help, the errant driver would have been sent to jail to wait until an attorney was appointed and another court hearing scheduled. Instead, Hillesheim worked out a plea deal that cleared the case.

The man admitted he was wrong, promised not to drive without a license again and was sentenced to the time he’d already served in jail when he was arrested for the offense. The expenses of more attorney time, court time and another trip to jail were avoided.

Asked to waive his rights so the deal could be finalized, the man lifted his right hand and literally waved to District Court Judge Kurt Johnson. Threatening to change his mind about the generous deal, Johnson again asked the man if he was willing to waive his rights.

Hillesheim whispered to his client. Then the man, obviously in need of Hillesheim’s expertise working with indigent clients, said he was indeed waiving his rights before waving to Johnson again.

“That was someone who needed legal assistance,” Hillesheim said later. “It’s not unusual to just get grabbed and asked if you can help. That happens on a very regular basis, and people do slip through the cracks.”

Those cracks, which have been widening with repeated state funding cuts for public defenders, are likely to open more after this legislative session. Krista Jass, chief public defender for the 5th Judicial District, said Gov. Tim Pawlenty is proposing a 3 percent funding cut for 2010, then another 3 percent cut in 2011.

Public defenders represent people who can’t afford to pay an attorney, which is a majority of those facing criminal charges. Statewide, the Board of Public Defense would lose $3.3 million in funding in 2010-11 and another $4.8 million in 2012-13.

“That would be drastic,” Jass said. “We are going to get to the point where it’s impossible for our attorneys to get to know the client, let alone have the time to properly defend the case.”

A study completed by Minnesota’s legislative auditor supports Jass’ assessment. The study found the state’s public defenders are handling too many cases. Many have double the caseload recommended by state and national guidelines.

Of the public defenders surveyed for the study, 87 percent said their workload was “somewhat higher” or “much higher” than it was in 2002. Support staff and district court judges also said workloads have been increasing for public defenders.

Even 77 percent of prosecutors surveyed said their counterparts were working much harder.

“I’m in full agreement that they need funding,” said Pat McDermott, lead prosecutor for the Blue Earth County Attorney’s Office. “The whole court system needs funding. We’ve also been cut back, and our caseloads have doubled. They need adequate funding just like everyone else.”

Hillesheim said he could understand those responses. During another day in court recently, he had to reschedule a meeting with a client charged with driving while intoxicated because he had to represent two men making their first court appearance for robbery charges.

“Some people may not be sympathetic to that,” Hillesheim said. “They have no respect for a defense attorney until they, or someone in their family, is in need of one. Then they want someone looking out for them or their family member. Most people who are charged with criminal offenses are not bad people, they just made a mistake. You think the old adage, ‘There, but for the grace of God ... ’”

If things don’t change, the state’s judicial system, as a whole, will suffer, said Jim Fleming, a private attorney who served as chief public defender before Jass.

The problem is people think being tough on crime only requires more police officers on the streets, Fleming said. But when arrest rates go up, the number of people going through the judicial system also increases. Suspects can’t stay in jail without a bail hearing, and criminals can’t be convicted and sent to prison without a trial or a plea agreement.

Most important, someone who is wrongly accused needs a good attorney who has the time and resources needed to make sure the truth comes out.

Even though cities and counties are facing serious budget cuts of their own because of state aid reductions, law enforcement jobs are often the last thing cut, Fleming said. Minnesota Supreme Court Chief Justice Eric Magnuson also has toured the state voicing his concerns about funding cuts for the entire judicial system.

“It’s already there,” Fleming said. “It’s going to break down. It’s absolutely going to come to a screeching halt.”

Hillesheim said he isn’t making any plans to move on at this point.

“I do enjoy the work,” he said. “I grew up on a dairy farm where you had to get up early in the morning and do your chores — and we didn’t have much money.”