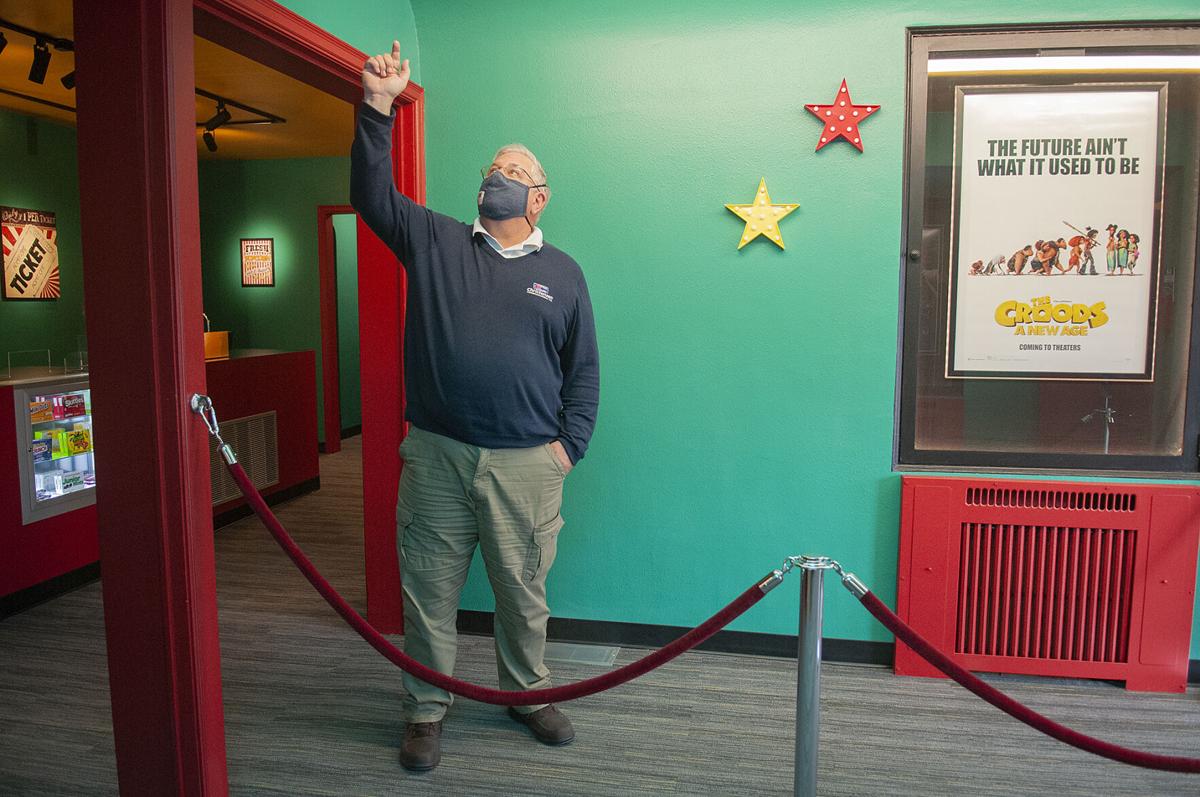 Brent Christensen talks about the remodel of the Madelia Theater on Thursday. Christensen said the theater was last remodeled in 1971. 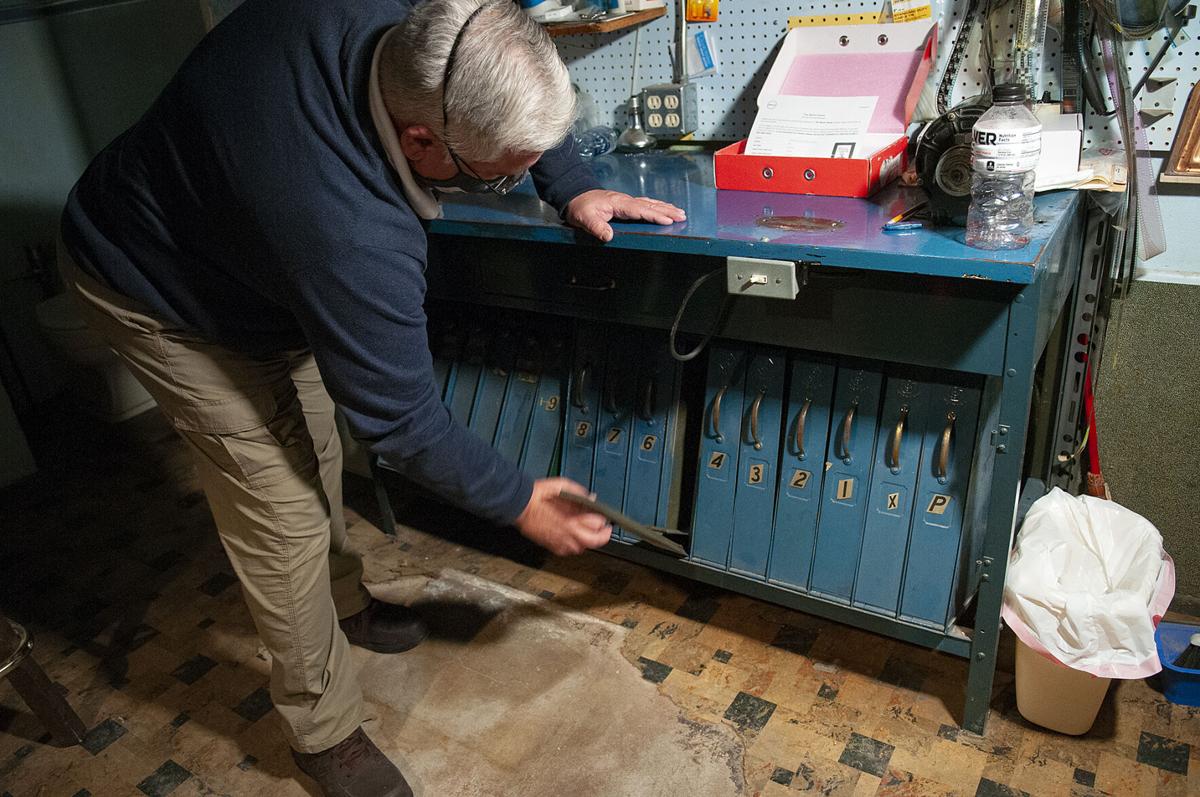 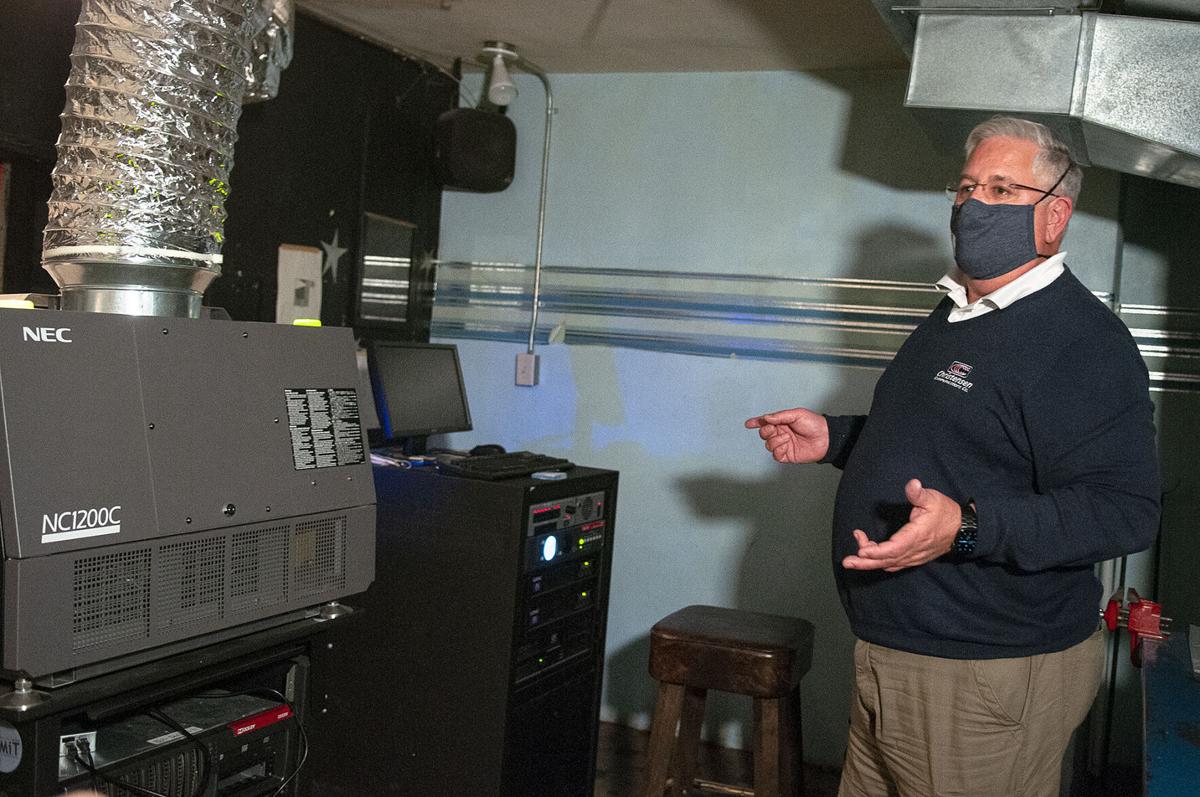 Brent Christensen talks about how the Madelia Theater used to have two film projectors but now uses digital hard drives and an automated lighting system. A projectionist now comes weekly to set up the movies. He is not in the projection room while the movies are shown.

Brent Christensen talks about the remodel of the Madelia Theater on Thursday. Christensen said the theater was last remodeled in 1971.

On Friday the Madelia Theater reopens after a significant remodeling. Movie-goers have one day to take in one of three showings of a holiday classic and the improvements to the 80-year-old theater on Madelia’s Main Street.

Then the theater must close again.

The owners and managers of the single-screen theater had planned to reopen permanently after deciding to turn the pandemic as an opportunity.

“We decided to use the downtime to remodel,” said Brent Christensen, vice president and chief operating officer of Christensen Communications Company, which has owned the theater for nearly 30 years.

Gov. Tim Walz threw a wrench into the reopening plans Wednesday with orders for theaters and many other businesses to shut down for nearly a month due to escalating COVID-19 cases.

The order doesn’t go into effect until 11:59 p.m. Friday. So the theater will open as planned Friday and is adding two showings before it is forced to close again.

“People are dying to get out and do something,” Christensen said.

The theater and its prominent marquee have been a fixture of downtown Madelia since 1939. It was shuttered in 1986 and Everett Christensen bought and reopened it in 1991.

Everett owned the telecommunications company located across the street and just a few doors down from the theater. Brent said his father couldn’t stand to see the signature marquee dark any longer.

“He did it for the community,” Brent said.

The theater has never been a money maker for Christensen Communications, Brent said. All of the slim profits are reinvested in the theater.

The company had invested in new projection equipment, a new screen and other technology over the years. But the décor had not gotten a facelift for 50 years.

The 1970s furnishings have been updated in a manner Brent says he hopes is more reminiscent of how the theater might have looked originally.

The repainted walls are adorned with homages to the theater’s past.

Film reels found during the remodel have been transformed into a piece of art.

Nearby is a wood sign advertising the “Yankee Doodle Dandy” film, released in 1942. It was discovered in a previously hidden storage nook behind the big screen.

Vintage movie posters include “The Wizard of Oz” because it debuted the year the theater opened and “City Slickers,” because it was the first movie to play when the theater reopened.

One thing that isn’t changing is the prices. A ticket is still $5 and a small popcorn still goes for $2.

The theater typically is open Fridays, Saturdays and Sundays with one showing each night of the same film.

On Friday its operators will squeeze in three showings of the 1994 family flick “The Santa Clause” before they must shut down through at least mid-December.

The theater received some federal funding to help pay utilities and other unavoidable expenses and keep the part-time managers employed during the first state-mandated shutdown.

This time Christensen Communications probably will have to chip in, Brent said.

He’s more concerned, he said, for the small theaters that don’t have such a safety net.

“We are in a lot better place than a lot of other theaters are,” he said.