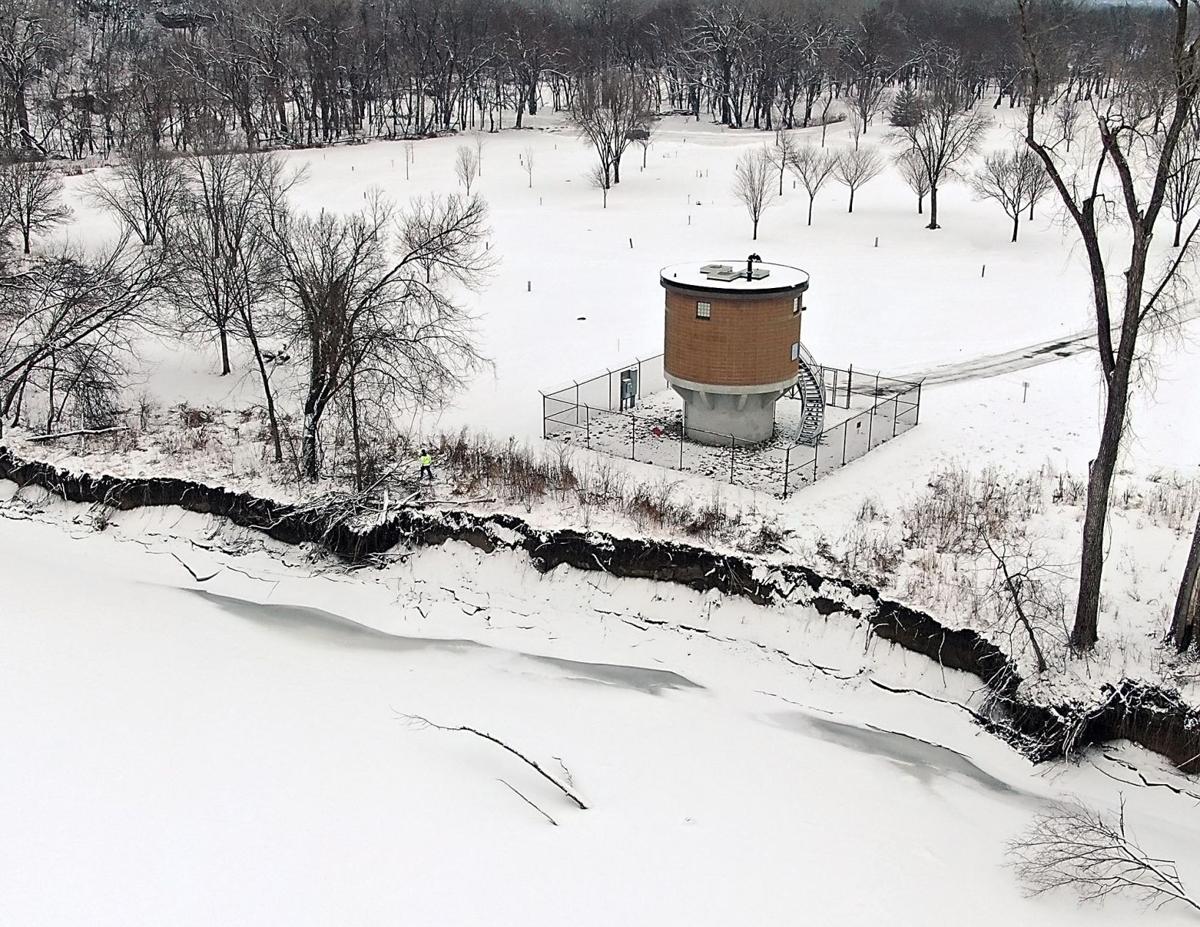 A well that draws about a third of Mankato’s water sits only 15 feet from the river in Land of Memories Park. Gov. Tim Walz’s $2 billion infrastructure proposal includes money to stabilize the river in the area, as well as improve its water quality. 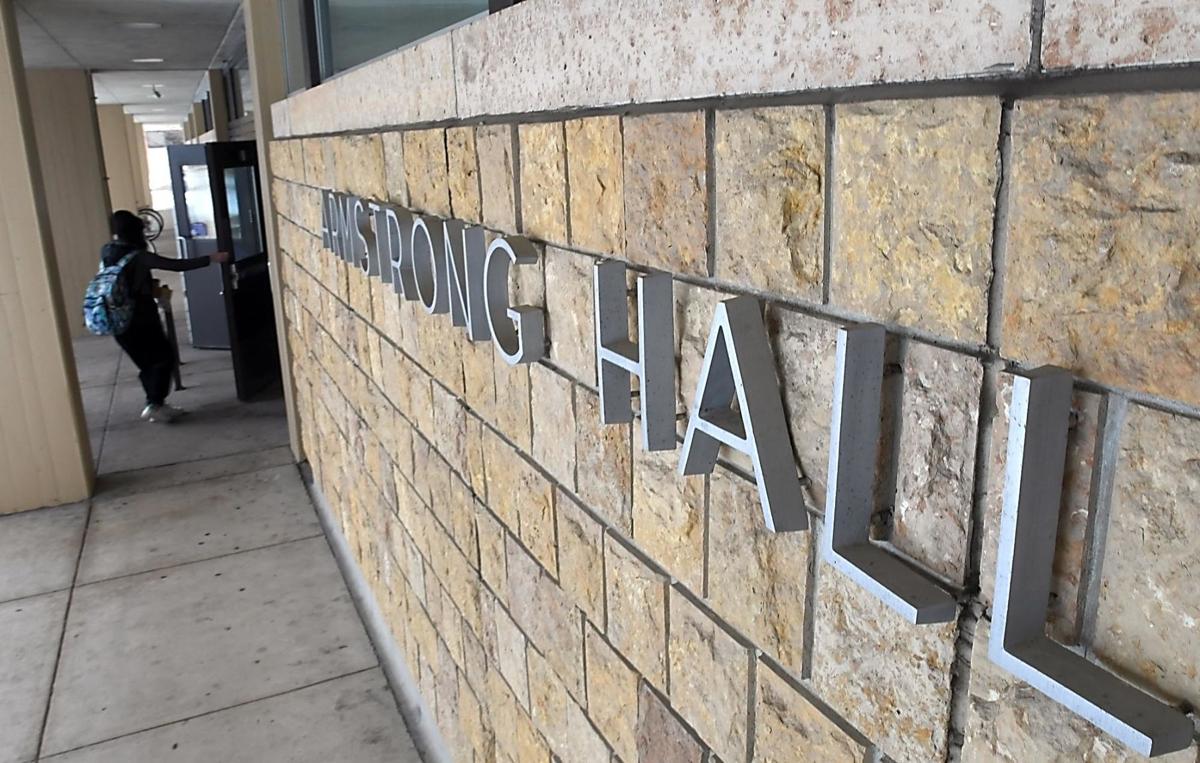 A well that draws about a third of Mankato’s water sits only 15 feet from the river in Land of Memories Park. Gov. Tim Walz’s $2 billion infrastructure proposal includes money to stabilize the river in the area, as well as improve its water quality.

That campaign paid off as Gov. Tim Walz signed legislation that boosted the amount of money put into the program by more than $30 million for both 2020 and 2021.

This year, cities have coalesced around another financial-aid request, this time for money that would help them pay for aging wastewater and drinking water facilities.

Walz has included $200 million for such projects in a proposed $2.6 billion infrastructure spending bill that would pay for an assortment of initiatives across the state. It’s just a starting point, of course, as the amounts are likely to change; bonding packages must garner broad support — three-fifths of the votes in both the House and Senate — to pass the Legislature.

One of the main groups behind the push for water money is the Coalition of Greater Minnesota Cities, an organization that represents about 90 cities outside of the Twin Cities region.

Burden for small townsBradley Peterson, the coalition’s executive director, said the cost of fixing water facilities can be a significant burden, especially for small towns.

“Relatively small communities that have to come up with $7 million or $8 million dollars? It’s different (for them) than for larger cities or those in the metro where you can spread that cost out over a broader base (of taxpayers),” he said.

More than 300 cities in Minnesota are working on water projects of some kind, according to the coalition. The Minnesota Pollution Control Agency, meanwhile, predicts that $5 billion will be needed over the next 20 years if cities are to keep up with wastewater infrastructure needs.

Officials in Two Harbors are working on a $22 million project to renovate a treatment plant that has parts dating to the mid-20th century. In recent years, the city has occasionally had to send untreated “graywater” — such as runoff from showers and sinks — into Lake Superior, said Mayor Chris Swanson.

He said the city has covered the engineering and preparation costs of the project but is seeking $12 million in state aid. The governor’s proposal, however, does not include the Two Harbors project, so Swanson hopes the funding will be added during negotiations or, perhaps, set aside in other legislation.

With state help, residents’ water bills could jump from about $75 a month to $120 or so over the next decade, he said. Without that aid, those bills could reach $180 a month.

“It’s not a Republican or a Democratic issue,” he said in expressing his hope that his city and others will get the funding they need. “This is about as bipartisan as it gets.”

Walz’s water package would generate $200 million for three programs that cover wastewater and drinking water projects, specifically. (His administration is also proposing to spend another $100 million on other water-related initiatives, such as the replacement of sewer pipes and the cleanup of groundwater contamination.)

A sampling of the amounts that cities are requesting: $11 million in Babbitt, on the Iron Range; $6.3 million in Wells, in southern Minnesota; $7.9 million in Wood Lake, in the west-central region; $20 million in Foley, northeast of St. Cloud; $10.4 million in Melrose, in central Minnesota.

Here’s a look at some other proposed expenditures in Walz’s bill that would benefit Greater Minnesota.

• Housing Infrastructure Bonds: This program, run by Minnesota Housing, the state’s housing financing agency, would receive $200 million. The agency asked for $180 million, enough to finance as many as 1,600 homes across Minnesota.

• Local Bridge Replacement Program: This program, administered by the Minnesota Department of Transportation, would receive $112 million in grants that local governments could use for bridge construction.

• Local Road Improvement Program: This program, also administered by MnDOT, would receive $100 million in grants that local governments could use for road projects.

• Resource Center, Worthington: This project in southwestern Minnesota, which would include a library, space for community education classes and a welcome center for new residents, would receive $16 million.

• Mighty Ducks Grant Program: This program, which pays for improvements to hockey facilities across the state, would receive $5 million.

According to the Minnesota Department of Management and Budget, the following are area capit…