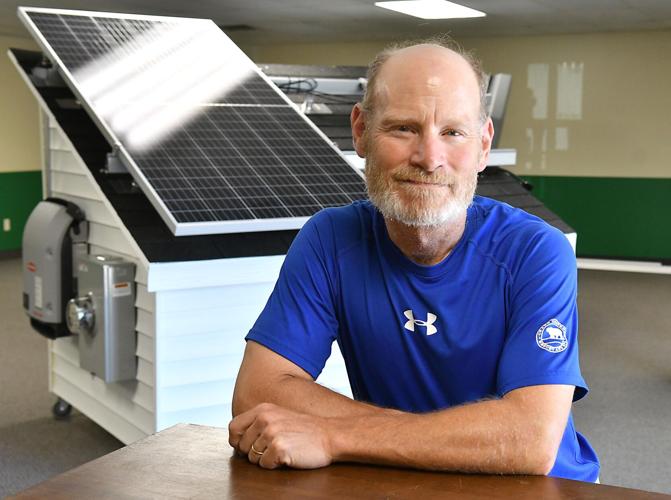 Gary Winters, of the Mankato Solar Store, says demand for solar installations is increasing dramatically as solar panels and batteries get better and prices fall. 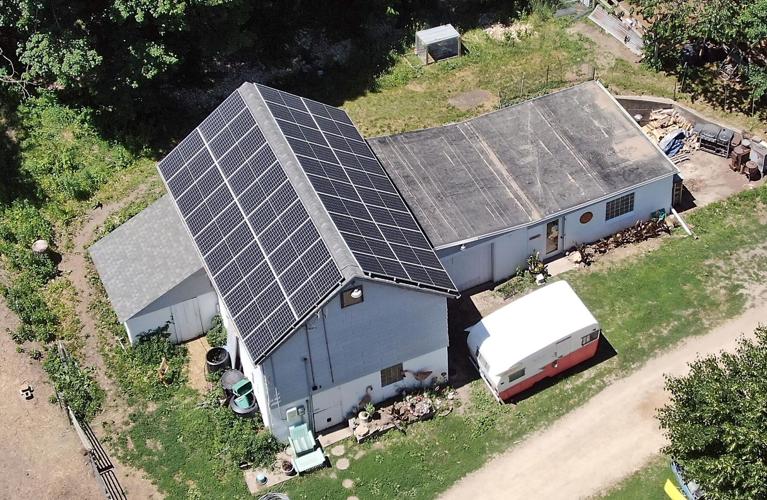 Tamara Stoffel had solar panels installed on the roof of her high barn near Mankato to provide emergency power to medical equipment in case of an outage. 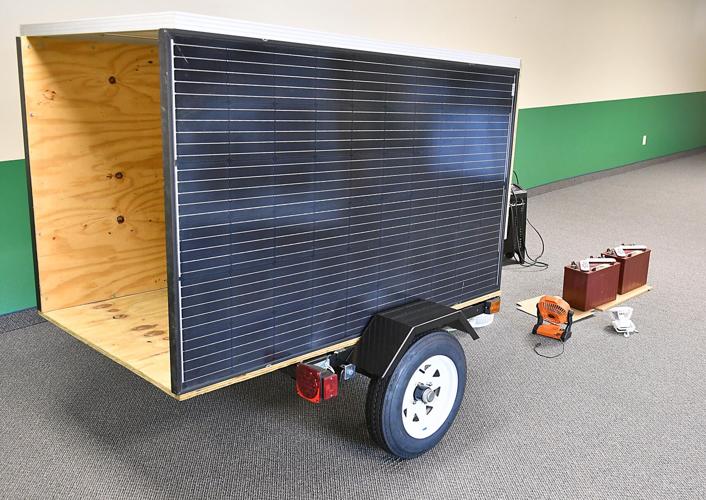 Mankato Solar Store provides a variety of of products for DIYers who want to build small solar projects for things like getting power to a shed or a trailer or fish house.

Gary Winters, of the Mankato Solar Store, says demand for solar installations is increasing dramatically as solar panels and batteries get better and prices fall.

Tamara Stoffel had solar panels installed on the roof of her high barn near Mankato to provide emergency power to medical equipment in case of an outage.

Mankato Solar Store provides a variety of of products for DIYers who want to build small solar projects for things like getting power to a shed or a trailer or fish house.

Electrician Tim Zinniel has long had a fascination with solar power.

“I love electrical work, but I love solar because it just sits there with no moving parts and turns sunshine into electricity.”

Zinniel Electric, which had a Sleepy Eye location for some time, is now in Morgan. It serves much of southern Minnesota and was one of the early installers of solar arrays.

“We started doing solar in about 2010. At that time solar was out there, but it wasn’t much. I had to go to Wisconsin to do a lot of my training.”

Zinniel does residential arrays, but much of his work is for businesses and farms.

Gary Winters, who with Aaron Busse owns the Mankato Solar Store on North Riverfront Drive, said farmers and other business owners have steadily seen solar investments as a way to ensure their long-term electric costs don’t increase and will at some point offer financial returns.

“When you use your property as a business, like a farm, the federal incentive allows you to depreciate part of the value of the solar hardware and installation cost. Not everyone qualifies, but if you’re expensing your property for business, you can take depreciation,” Winters said.

And, he said, there is a 26% tax credit on the front end. “And you can depreciate another 25% so after five years you recover half of the up-front cost.”

That federal tax credit is scheduled to go down to 22% next year and sunsets in 2024 unless Congress extends it. Winters is confident the program will be extended. “The incentive has been around since 2005 and every time it’s come up for renewal it has been, no matter who is in Congress.”

Winters said the up-front costs of solar are significant, but said the return on investments accelerates over time as little or no electricity needs to be purchased. “And good solar panels have a 25-year warranty. You have the up-front cost, but you can calculate exactly how much you’ll generate during the warranty period. All other power costs go up every year, but solar doesn’t once it’s installed.”

Zinniel notes the oil industry has long gotten an array of subsidies and said he’d like to see incentives removed for all energy sources, be they coal and oil or green and renewable energy. “Whatever the energy source we have, it has to stand on its own two legs.”

He said if a home or business owner decides to do solar, they have to do some research. “The biggest thing to stress when it comes to solar projects is make sure you’re dealing with a reputable company. It’s not so bad here, but in the metro area I hear a lot of horror stories. You need to do your due diligence.”

Zinniel, who is certified as a battery backup system installer, said battery technology has gotten much better and less expensive. He said prior to the past couple of years he almost never had customers who wanted to install battery backups. “This year we’re doing a lot of them and getting a lot more calls about it.”

Winters said more companies are using different chemistries to produce better batteries at lower costs. “It’s really going to benefit consumers. There’s a lot of battery makers now, and they’re all trying to get the lowest cost and longest life.”

He said solar in general continues to see lower costs and better performance. “Solar has gone down 11% in cost and 11% up in generation each year.”

Winters’ Solar Store is mostly a DIY headquarters where people can come in to get various components and advice to install their own smaller solar projects, such as to bring power to a remote shed or camper or fish house. But they increasingly serve as an information and product provider for larger projects in southern Minnesota.

Winters said the most cost-effective and quickest return for a solar project of any size is to use an existing roof for the panels. “A lot of farms and rural property have multiple buildings and are good for putting solar on. You’re beholden to the size of the roof and the angle and sun exposure, but you are saving a lot when you don’t have to put in all the steel structures and trenching on the ground.”

Like Zinniel, Winters is bullish on the future of solar.

“The number of jobs and inquiries we get are on a magnitude increase. Even compared to the first quarter of this year and especially the last quarter of last year, interest is up a lot.”