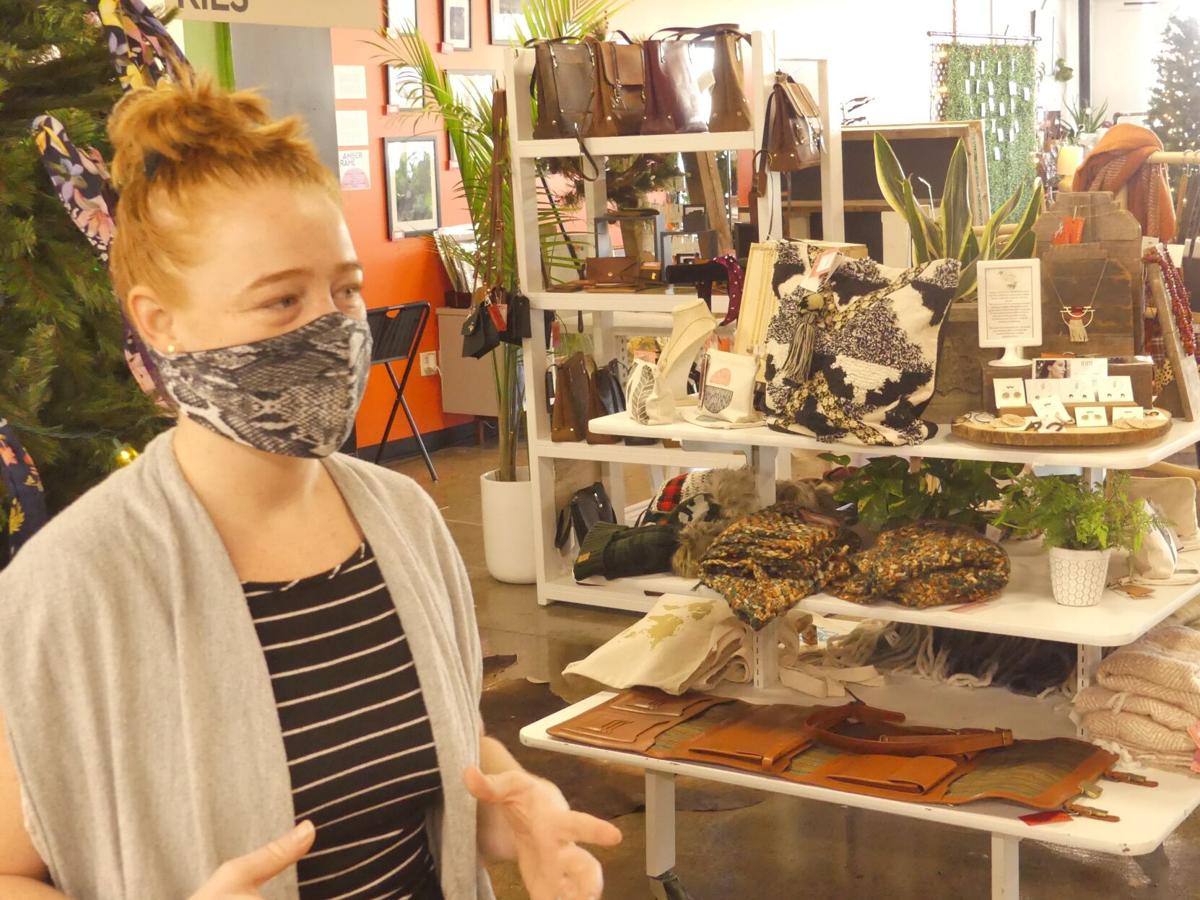 Gina Moorhead, owner of Union Market at 615 S. Front Street in Mankato, has a variety of events and specials set during Shop Small week. 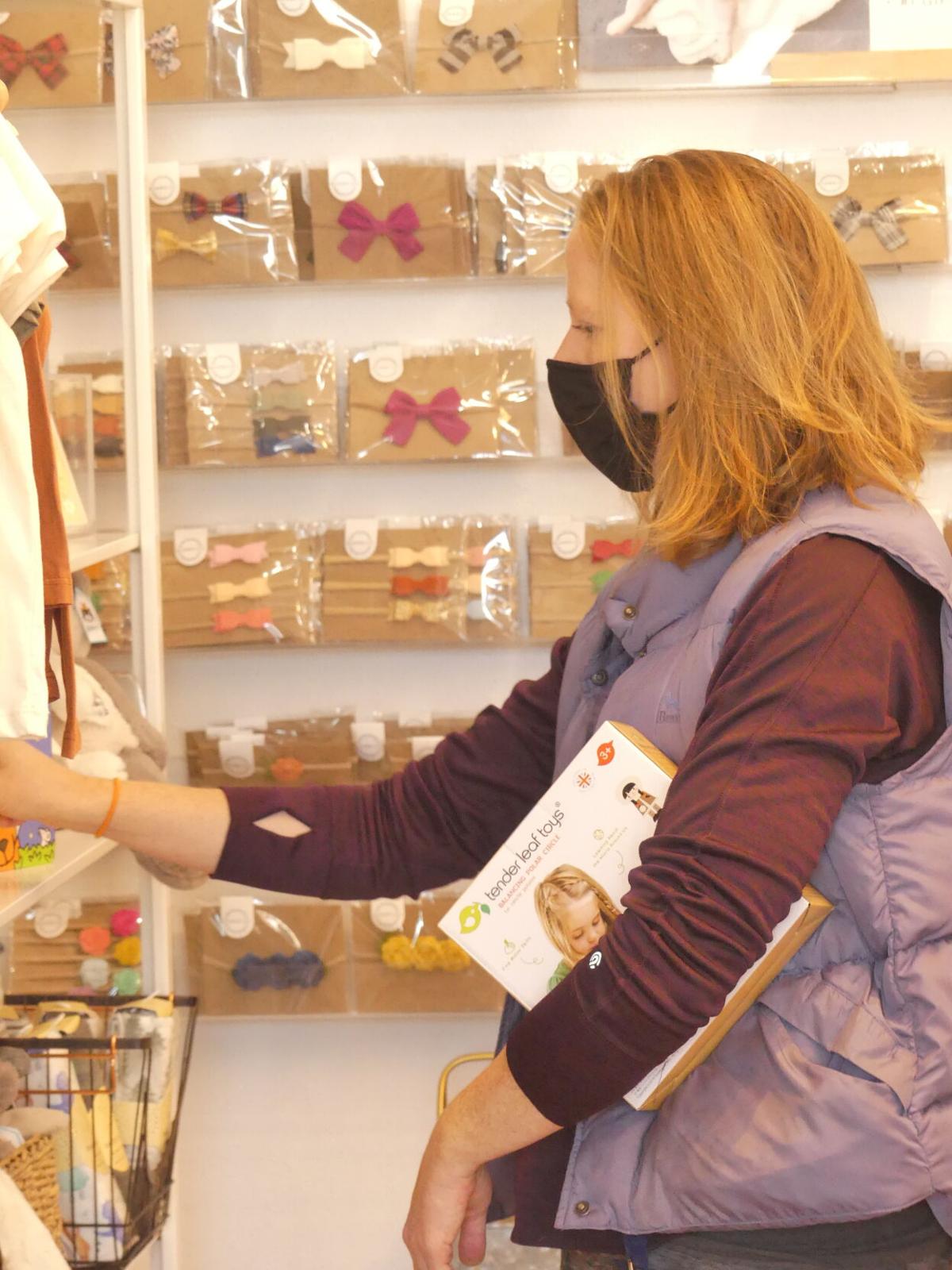 Gina Moorhead, owner of Union Market at 615 S. Front Street in Mankato, has a variety of events and specials set during Shop Small week.

Shanna Blomquist, looking for some holiday gifts as the Shop Small week kicked off, said she likes to support locally owned businesses.

“They have some special things here,” she said as she browsed Bumbelou in Old Town.

“I try to go to local stores. I’ll end up getting some gifts for people in other states from Amazon, but for local people I like to shop locally. I can easily spend my money locally rather than on Amazon or Target.”

Patronizing local shops is the goal of the annual Shop Small event. Nationally Shop Small Day is Nov. 28, but Mankato and North Mankato shop owners are making a full week out of the event. They kicked Saturday and will go through next Sunday.

“This year it’s community wide. In the past it was focused on the City Center, but we decided to focus on all our small businesses in Mankato and North Mankato.”

There were 50 businesses involved last year and 87 this year.

“The passport program is popular and due to the pandemic we wanted to have online passport stamps as well,” Thill said. People who order online from participating stores will get online stamps for their passport.

There are eight zones set up with a chance to enter a special prize drawing for shopper who visit stores in all eight zones.

Matt Long, of J Longs men’s clothing on Madison Avenue, said they are glad to see Shop Small expanded across the communities.

“We felt it was a good thing to get behind. We’ve had a good response.”

Long said that like most businesses they try to do more online, but said most people still like to stop in. “Much of what we do is in-person. With the holiday coming up people are shopping for other people and they’re really not sure what they’re looking for. We’re a store with a lot of cool stuff to see,” Long said.

He said that since being able to reopen this year, business has been good. “It’s been pretty steady since then. It’s been pretty much like last year other than the first quarter. It’s different than the past obviously, but people want some sense of normalcy.”

Gina Moorhead, owner of Union Market, said they are hosting several events during the week, including information about caring for plants on Tuesday.

Union Market is also taking the opportunity to launch an “Instagram story sale.” They will take photos of different items and post them on Instagram. “If people are interested in them they can claim them and we’ll send an email to them and they’ll have 15 minutes to pay for it or we’ll go to the next customer,” Moorhead said. “A lot of vintage sellers do story sales because they have a lot of one-offs. It’s a good way to connect with people on Instagram.”

She said the Instagram event is a precursor to the Market launching its e-commerce site. “It’s like a baby step to launching our e-commerce.”

Moorhead said small shops are working hard to grow online business. “We’re small but we’re creative and capable. A lot of people are worried everyone will shop online and people think that’s just Amazon, but you can shop your local businesses online, so we want to spread the word about that.”

Moorhead said they are also offering free curbside pickup and local delivery for $1.99 for those who don’t feel comfortable coming inside.

Moorhead was previously manager of Union Market, which was then set up as a building with dozens of individual vendors renting space. She took ownership of the business and changed the model and displays different items from all the vendors throughout the store rather than each having a separate micro-shop.

“It’ been really good. We have a nice community that’s been super supportive and excited about what we offer. The interior is kind of a vibe like a gift shop in an art museum.”