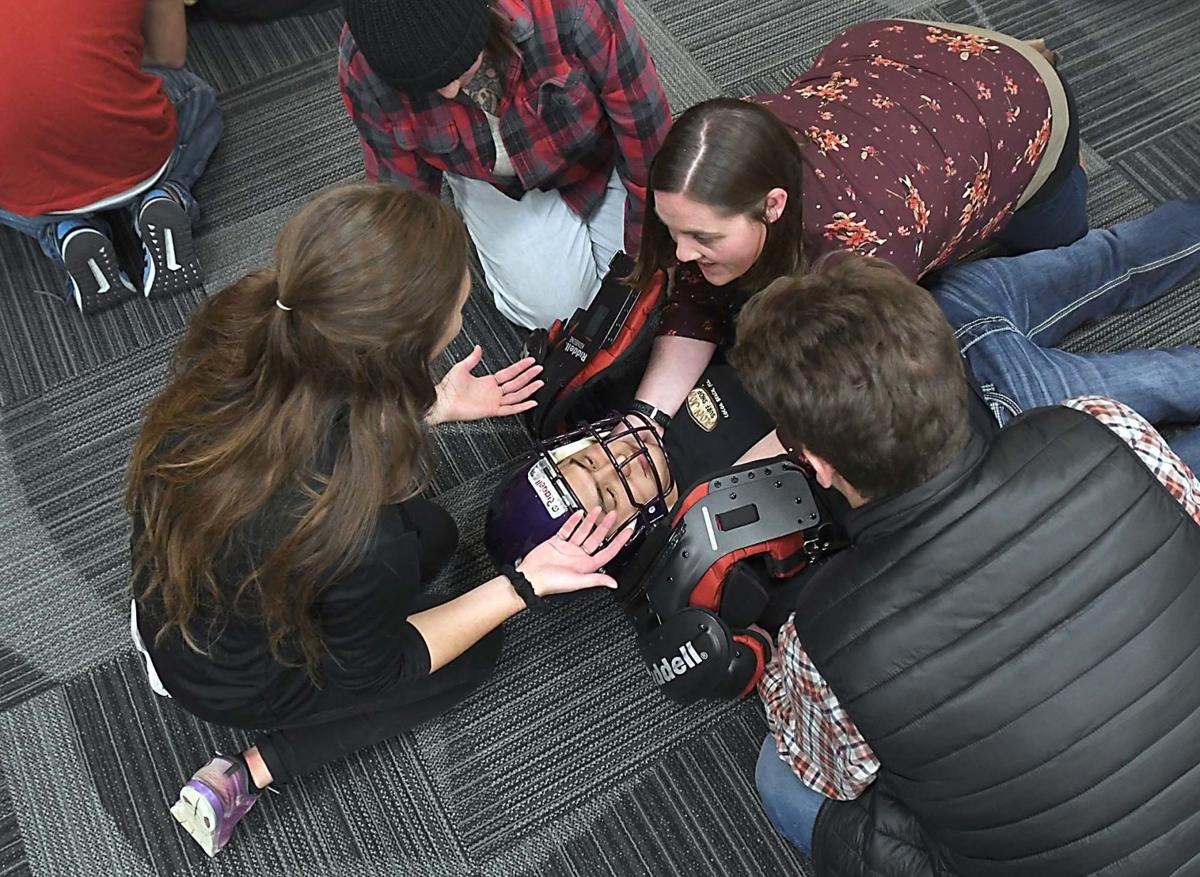 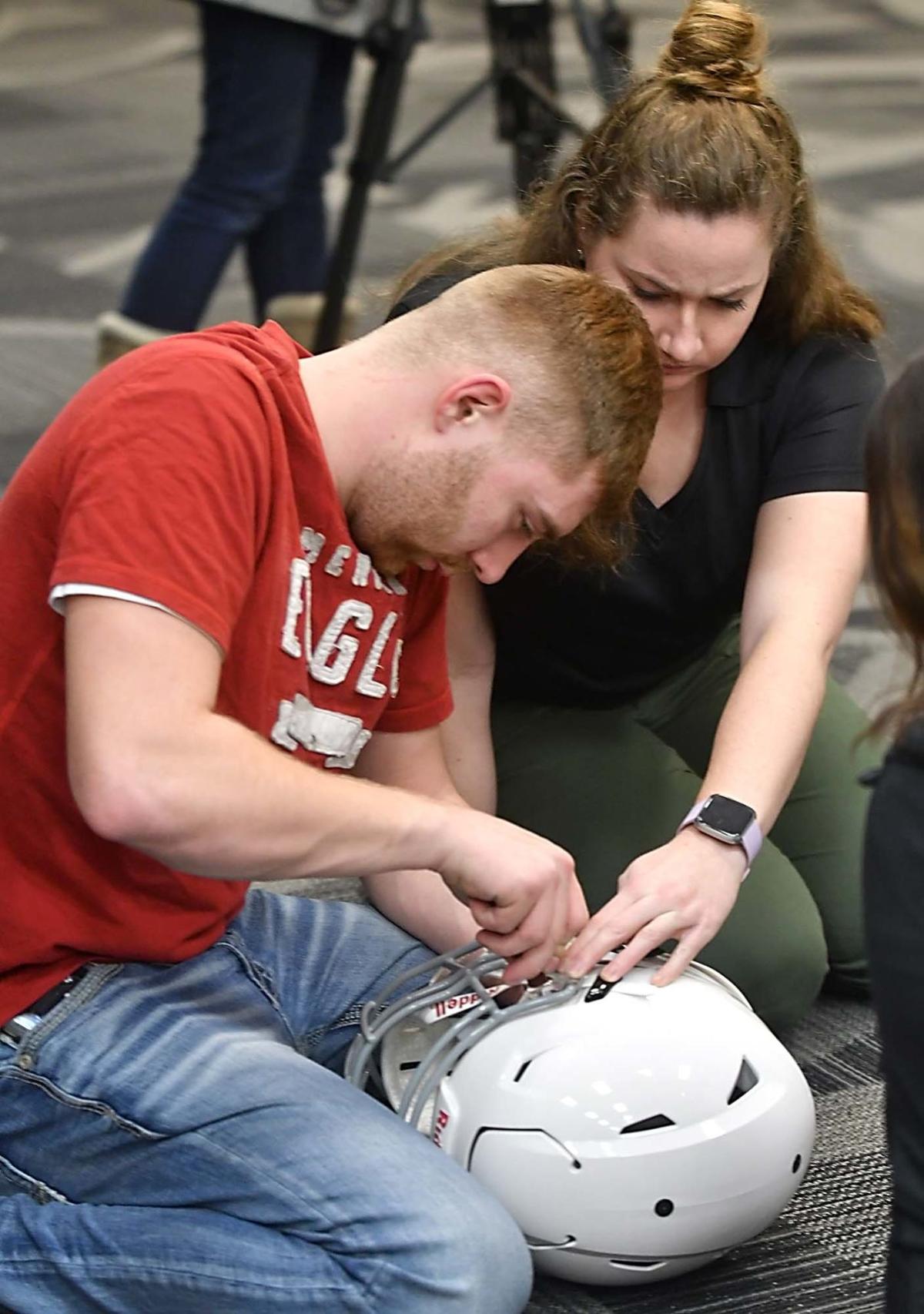 NORTH MANKATO — When an athlete is injured during a game, athletic trainers and EMTs have to think fast, and they have to be on the same page.

On Wednesday night, students from both fields had the opportunity to learn from each other when Minnesota State University athletic training students instructed emergency medical services students at South Central College on how to safely remove equipment from an athlete bound for the emergency room.

“It’s a cool opportunity to know EMTs better so we can have a better relationship with our EMT staff when they help us, and they can know a little more about athletic training,” said Beth Zook, a graduate student with MSU’s athletic training program.

Eric Weller, EMS program coordinator at South Central College, said he and MSU’s Athletic Training Director Pat Sexton have been collaborating for the past 20 years — first in the field and more recently as educators — but this is the first time students from both programs have had the opportunity to learn from each other directly.

“It’s how to take a helmet off, how to take the shoulder pads off, how do you secure them to the long backboard with and without pads,” Weller said. “So they brought all of this equipment in that we don’t have that they train on all the time at MSU.”

One of the first decisions an athletic trainer has to make when treating an injured athlete on the field is to determine the nature of the injury, and whether the athlete’s equipment can safely be removed. Zook and fellow graduate student Brittany Hesse were among seven MSU students training South Central students on those procedures.

Hesse and Zook have been at every MSU football game and practice since August to be on hand when such injuries occur. Hesse said sprained ankles are the most common injuries, which are often treated on site, but more serious injuries related to the neck and spine require direct cooperation between athletic trainers and EMTs to place the injured athlete on a spine board and into an ambulance.

“Someone will stabilize the person’s head, and other people will start taking off the pads, make sure they’re still breathing and can still move their hands and their fingers,” Hesse said. “It can be pretty tricky with the spine board too because not everybody is going to fall nicely on their back. That’s why you need a lot of people sometimes to help.”

Sexton said it’s common for athletic trainers to ride along with the patient and the EMS crew to the emergency room and interprofessional collaboration allows both fields to better understand each other’s skills. That way, when professionals from both fields interact on the football field or on the ice and someone is injured, they’re not figuring things out for the first time.

“This is to show what each other’s role is — who does what and how we care for that student athlete,” Weller said.

Both institutions are members of the Minnesota State system of colleges and universities.