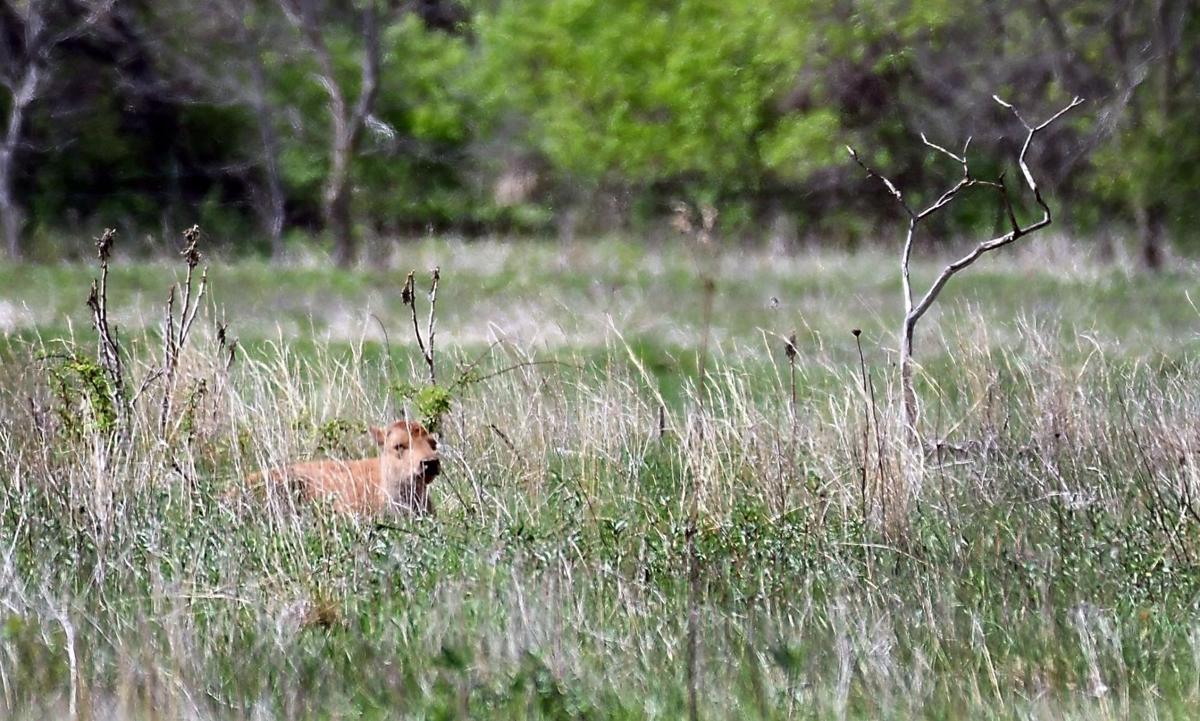 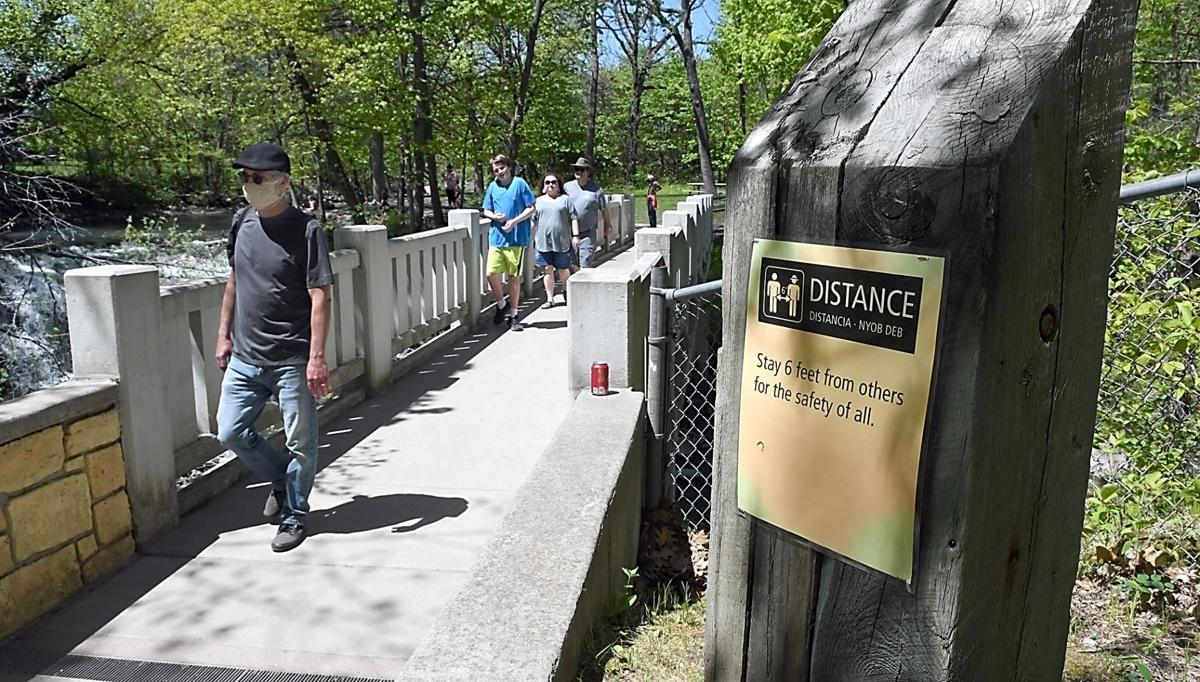 Visitors walk across the bridge over Minneopa Falls on a nice spring day. Traffic at state parks has been up more than 50 percent during the COVID-19 pandemic.

A pair of baby bison walk amongst the herd while grazing Friday in Minneopa State Park. The park’s new arrivals have been greeted by a steady stream of visitors driving through the park. More than 1,000 vehicles visited Minneopa State Park over Mother’s Day weekend.

Visitors walk across the bridge over Minneopa Falls on a nice spring day. Traffic at state parks has been up more than 50 percent during the COVID-19 pandemic.

When so many other recreational outlets were closed this spring, a record number of Minnesotans turned to state parks.

State park attendance is way up in recent months compared to the same time last year, both statewide and in south-central Minnesota. The uptick led some parks to change trail usage to promote social distancing.

Minneopa, Flandrau, Sakatah Lake and Fort Ridgely state parks are among those with higher vehicle numbers this spring, and officials from the Department of Natural Resources say they’re glad residents are using them.

“We certainly appreciate that we have folks getting out and enjoying these gems in our state,” said Dan Ruiter, the DNR’s southern region information officer.

Mankato’s Minneopa State Park bison range and scenic falls make it one of the more perennially popular parks in the state. Bison calves are a particular draw each spring, perhaps even more so this year once the range’s road opened.

Park officials tracked vehicle counts on the falls side of the park over Mother’s Day weekend, tallying 550 vehicles on May 9 and another 541 on May 10. Overall vehicle numbers in March and April increased by about 52% — from 21,000 to 32,000 — compared to the same stretch in 2019, Ruiter said.

Other nearby parks had similar spikes in attendance. Flandrau State Park in New Ulm had steady numbers in March before jumping up by 50% in April compared to last year’s April total.

Sakatah Lake State Park in Waterville and Fort Ridgely in Fairfax had even bigger visitor increases. Sakatah had nearly 62% more usage than the year before, going from 7,100 to 11,500 cars for March and April.

Visitorship across the state’s park system was up about 50% in March and April, despite northern Minnesota parks still being snow-covered earlier in the season. And with more visitors, parks have had to post more signage reminding people to keep a safe distance from others, said Rachel Hopper, the DNR’s visitor services and outreach manager.

“Being in nature has been quite a form of solace for many,” she said. “We do welcome people here, but also remind them to maintain social distancing.”

Nerstrand Big Woods State Park, another park with a distinct waterfall, turned trails into one-way routes to limit visitor interactions. The park in Rice County had a full parking lot on a recent weekend, with staff stationed at the entrance to wave cars through when space opened up.

With attendance peaking and Minnesota having so many state park options, Hopper advised people to stick to their nearby parks rather than venturing far. And if one is too crowded, there are plenty more to choose from.

“We’re wanting people to stay very close to home,” she said. “There are lots of different recreation opportunities in the state.”

Minneopa State Park could have as many as 13 new residents by the end of spring as the park's bison herd's mothers begin having their young.