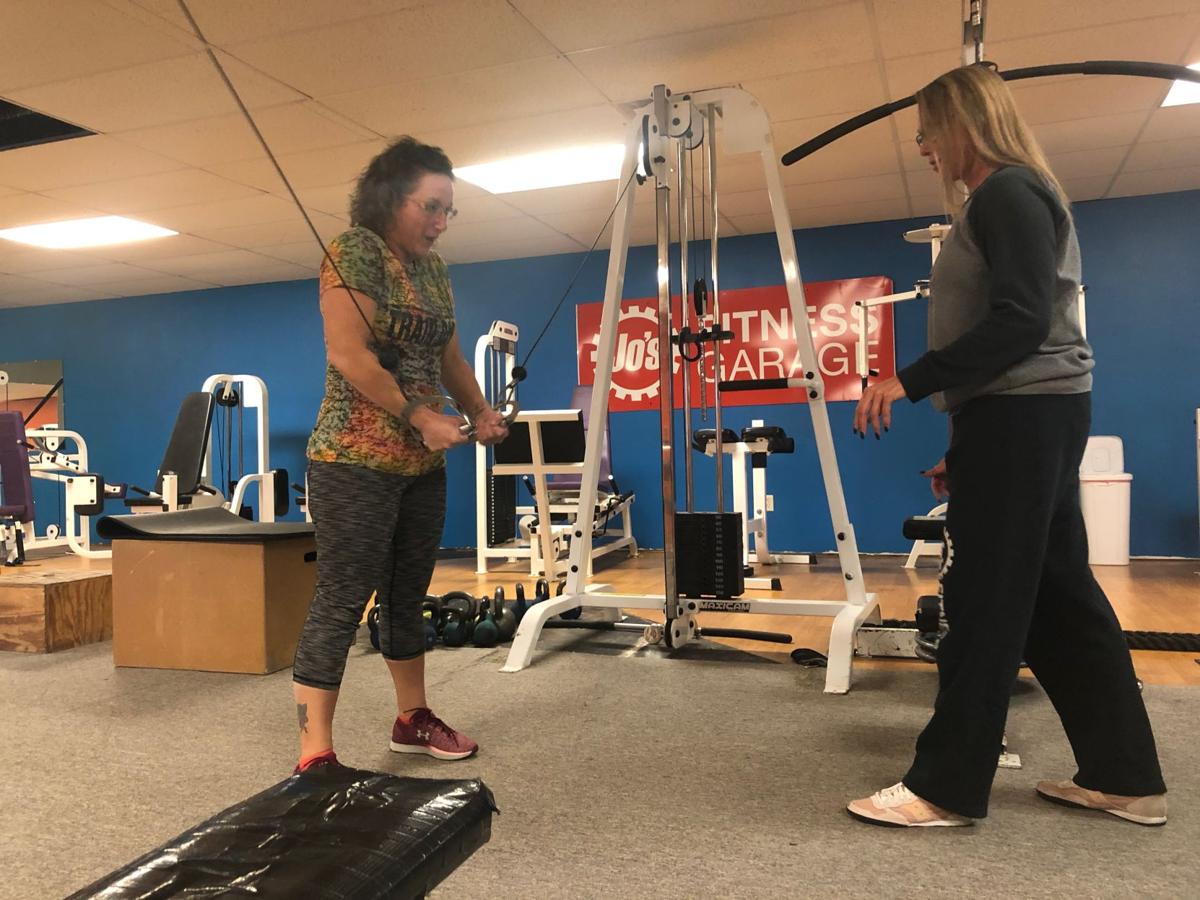 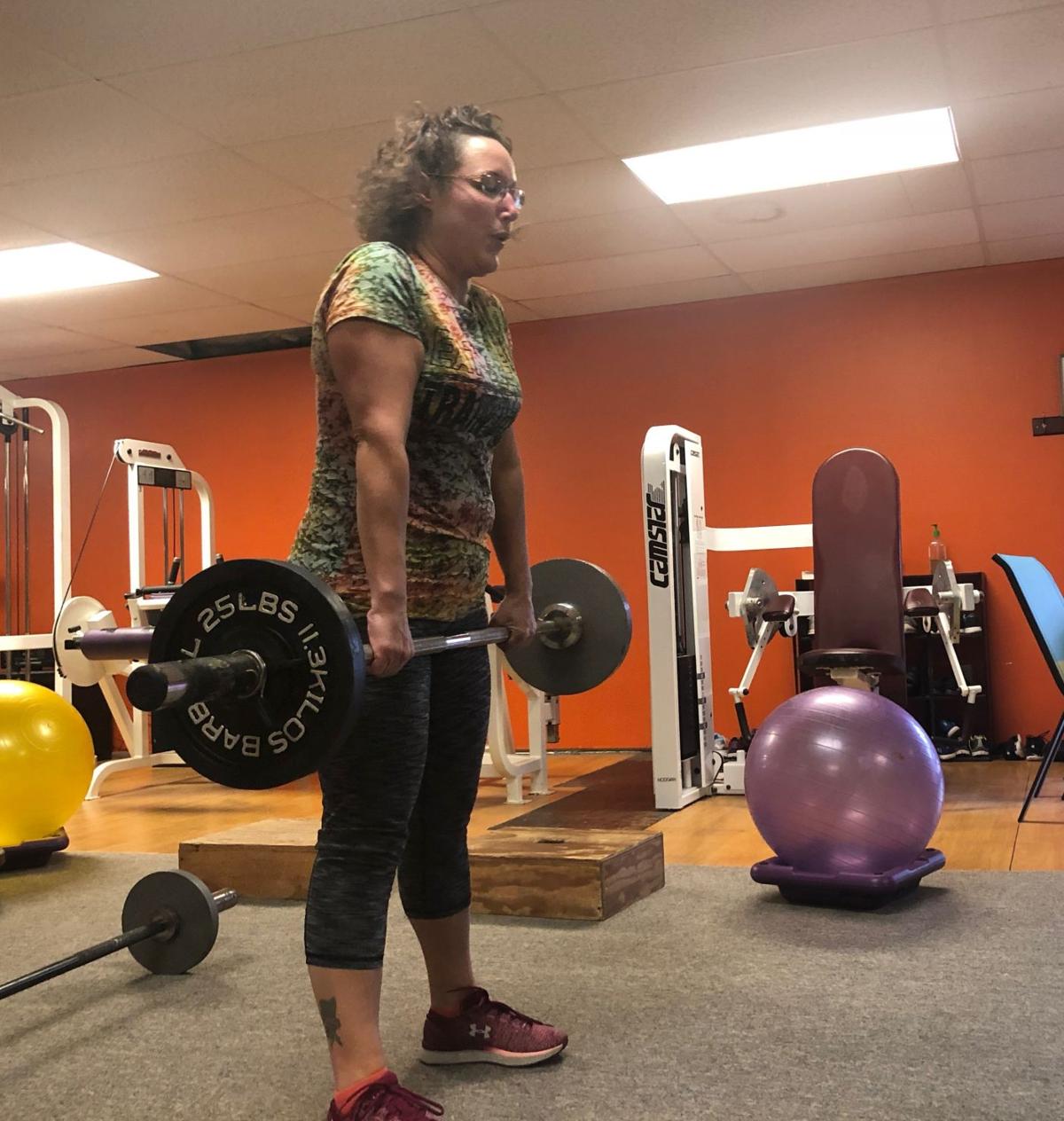 Shelly Stephanie lifts weights during her workout routine Monday. The North Mankato woman turned to her workouts for an outlet during family tragedies in 2018. Photo by Brian Arola

Shelly Stephanie lifts weights during her workout routine Monday. The North Mankato woman turned to her workouts for an outlet during family tragedies in 2018. Photo by Brian Arola

MANKATO — Shelly Stephanie tried numerous workouts, shakes and diet pills throughout her adult life in pursuit of her fitness goals.

Each seemed to promise a quick fix, the kind of fast results so many crave in this age of instant gratification. For the 43-year-old North Mankato woman, though, the results never materialized.

It took a more steady approach, combined with permanent yet achievable lifestyle changes, to get her to where she wanted to be.

A year since she committed to the changes, she said she feels more confident than ever in the routine she used to overcome family tragedies and achieve long-sought healthiness.

“My goal was (to) take time for myself to make myself better, make my health the first priority,” she said of her mindset a year ago. “I kinda learned I liked working out.”

The mother of two realized it at Jo’s Fitness Garage at 1420 N. Riverfront Drive, starting with group classes in 2017. Initially she did it to prove to her boyfriend she could keep up during a strenuous Boundary Waters trip.

The following year was when she started working out for herself. She committed to twice-per-week, 30-minute workouts after work, overseen by gym owner Jo Ann Radlinger.

Radlinger leveled with her from the beginning about what she'd need to do outside the gym's walls to achieve her goals. Start drinking more water, Radlinger told Stephanie, and start being intentional about what you eat. Diet considerations are often the missing component as people set out to improve their fitness, Radlinger said Monday.

“People think they can out train nutrition,” she said.

Stephanie started meal prepping each week, portioning out ingredients in ways she’d never considered before. It took the guesswork out of eating, she said, and any extra time it took to prepare ahead of time were minutes saved later in the week.

There were setbacks along the way, but comebacks followed. She buried her father and stepfather within months of each other last year. Her adult son was diagnosed with testicular cancer — he’s now cancer free.

She calls the leg presses and lat pull downs her “lifesaver” through the stressful times.

“It really helped when I was going through all that knowing I could come here and just work out some of the emotions,” she said. “There’s a lot of stress, a lot of emotions, and I knew when I come here I can physically release all that.”

Stephanie entered 2019 with another realistic goal in sight. She’ll add a cardio session on Fridays to her Monday and Wednesday routine.

Considering her dislike of running, it’s no small task. But it’s realistic, a standard too many New Year’s resolutions don’t meet.

Radlinger said every new year she hears people proclaim lofty fitness goals, like working out for 30 days straight in January. Well before February, she said, they’re burned out and back to square one.

Resolutions do have a reputation of falling by the wayside after New Year’s freshness wears off. Even the more generous studies on New Year’s goal setting suggest dismal success rates.

It’s why personal trainers and psychologists alike stress the need for incremental, achievable goals if someone hopes to be successful.

Better, Radlinger said, to set a more manageable goal from the beginning. Strive to go to the gym twice per week for the first quarter of 2019, for example.

And if it’s not working, retool rather than give up. Having a trainer or workout buddy to hold you accountable could help, but where and how you pursue fitness is entirely dependent on the individual.

For Stephanie, a smaller gym setting worked, the one-on-one component worked and the diet changes worked. They added up to nearly 37 pounds lost and 10 inches off her waist last year.

Maybe not the miraculous, triple-digit weight losses you’ll see on infomercials, but Radlinger said the key is it's sustainable because the losses coincided with the permanent lifestyle changes.

Stephanie said the process didn't start out easy, but from past experience she learned the easy paths to fitness were anything but. With more goals on her horizon this year, her initial advice for gym novices contending with New Year's resolutions this time of year is simple.

“Stick with it,” she said. “It doesn’t happen overnight, but once it does start happening it’s wonderful.”